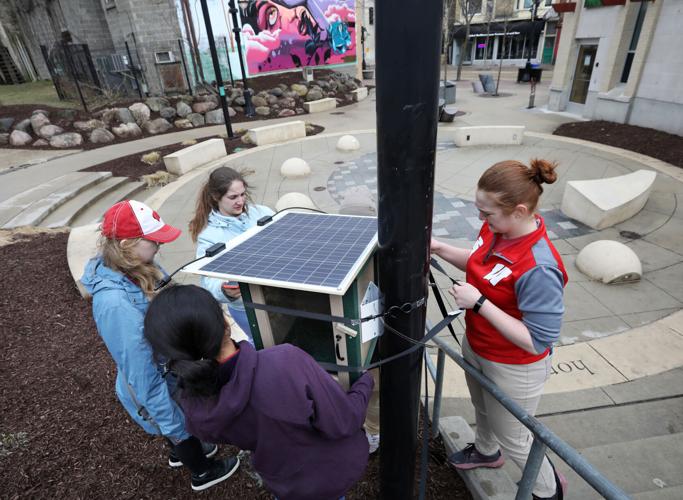 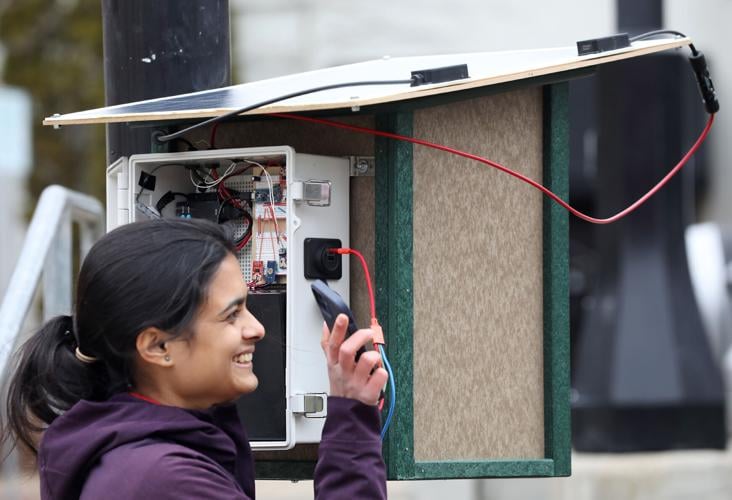 UW-Madison graduate student Maitreyee Marathe shows her phone being charged with a solar-powered charging device she and other students installed on a Little Free Library in Lisa Link Peace Park. Students hope to create a template others can replicate. 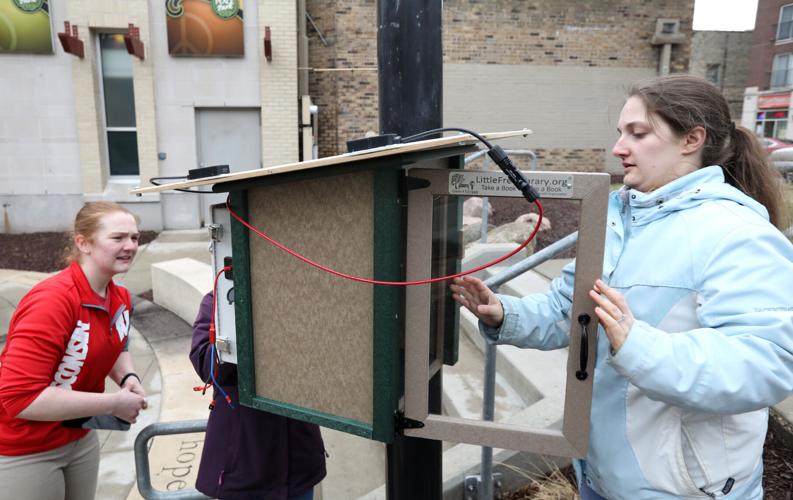 A group of UW-Madison students have outfitted the community book depository with a solar-powered battery with ports and cables to charge cellphones and other small electronic devices.

The project is part of an effort to improve energy resilience and bring clean energy to underserved communities, especially those experiencing homelessness.

“We really wanted this to be kind of a beacon for renewable energy,” said Stephanie Bradshaw, a Ph.D. student in atmospheric and oceanic sciences. “To kind of shed light on energy as a whole and how we think about energy, and that there is a way to use solar to do the things that we are used to doing, like charging our phones.”

Savannah Ahnen, a sophomore studying electrical engineering and computer science, said the group decided to use a Little Free Library because the book exchanges are ubiquitous and offer round-the-clock access.

Launched in 2010 by residents of Madison and Hudson, Little Free Library is now a nonprofit organization with more than 100,000 registered libraries — and countless more copycats — around the world. Amid the COVID-19 pandemic, some were even converted into makeshift food pantries.

“Now it offers power to people who may need to charge their phone,” Ahnen said.

The concept is not new. Last year the Public Service Commission awarded UW-Madison a $92,000 grant to build solar-powered kiosks as a way to study the feasibility of larger “microgrid” resilience centers that could provide power for cooking, refrigeration and other needs during emergencies.

But the students hope their prototype — which was built for less than $300 — will provide a template that others can easily replicate throughout the city and elsewhere.

Konkel said the city and private businesses often turn off publicly accessible outlets, limiting opportunities for people to charge their devices, which they depend on to keep in touch with friends and family as well as outreach workers, case managers and emergency services.

“If you’re sleeping outside at night you want to have a phone if something happens,” she said. “Your phone is your lifeline when you’re homeless.”

William Keenan, a graduate student at the La Follette School of Public Affairs, said the idea is to ensure everyone has access to clean energy.

“Socioeconomic status and housing instability should not be barriers to electricity access, but unfortunately they are,” Keenan said. “The push for renewable technology should include all of society.”

The vote is another step in the commission’s process to shape the 23-year-old program’s direction over the next four years, when most of the state’s remaining coal-fired power plants will be replaced with wind, solar and battery power.

Koshkonong is the twelfth and largest solar project approved by the commission but the first of its size in Dane County. It includes the largest battery storage component yet approved in Wisconsin.

Greg Nemet, a professor at UW-Madison’s La Follette School of Public Affairs, was one of the lead authors of a report on ways to slow climate change released Monday by the Intergovernmental Panel on Climate Change.

Silver lining, but no silver bullet: Telecommuting could put a dent in carbon emissions

The COVID-19 pandemic proved that much work could be done from home, and it turns out people like it. That could prove helpful in the effort to cut heat-trapping gases.

A kitchen fire at a North Side apartment on Saturday displaced a family of three, but no one was injured, the Madison Fire Department reported.

In an order issued Tuesday, the utilities board said opponents did not address the legal factors for a stay nor seek a judicial review of the board’s order authorizing the line.

NFTs and Web3 take over Miami during Art Week

NFTs and Web3 take over Miami during Art Week

UW-Madison graduate student Maitreyee Marathe shows her phone being charged with a solar-powered charging device she and other students installed on a Little Free Library in Lisa Link Peace Park. Students hope to create a template others can replicate. 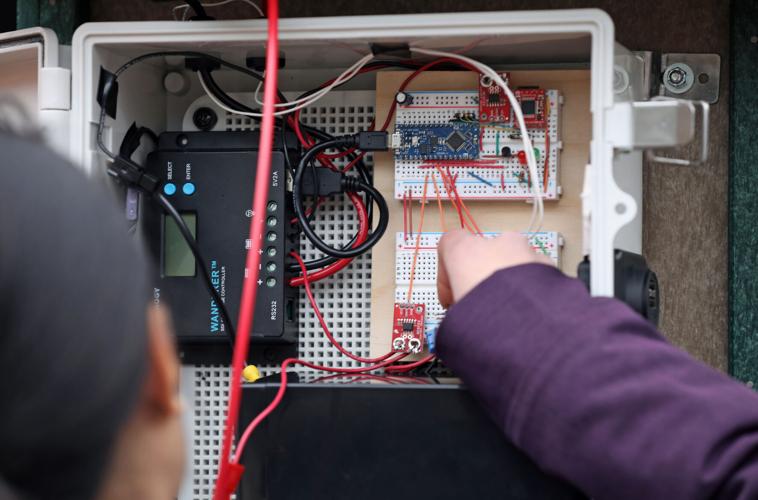 Maitreyee Marathe, a UW-Madison Ph.D. student, installs wiring for a solar-powered battery phone charger on a Little Free Library in Lisa Link Peace Park on State Street. The student project is designed to give homeless and at-risk people a free place to charge cellphones and other devices with clean energy. 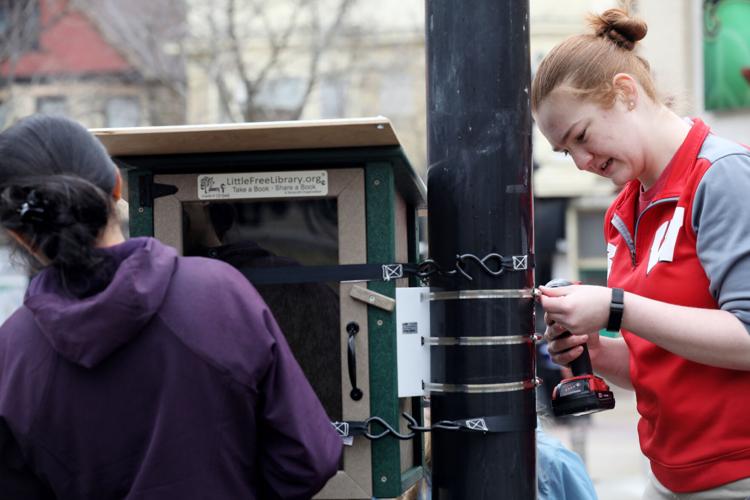 Savannah Ahnen, a UW-Madison sophomore in computer science and electrical engineering, at right, attaches an electric Little Free Library to a pole at Lisa Link Peace Park on State Street.