RACINE — Most people don’t think public transportation is cool. Michael Maierle does. He’s been Racine’s transit and parking manager since June 2016, and he thinks Racine is finally getting a seat at “the cool kids” table of public transport.

“It’s a privilege to be part of the cool kids,” Maierle said during a recent Wisconsin Public Interest Research Group webinar.

Racine is in the process of replacing a third of its buses with electric-powered, as opposed to diesel-powered, vehicles. Nine electric buses are expected to begin transporting locals around town in November, with a goal of having an all-electric fleet by 2030.

“In 10 years, this industry is going to be electric buses. We’re lucky to be among the early adopters … we’re on that wave,” Maierle said.

At the end of this year, Racine will be Wisconsin’s leader in the new age of public transportation. No community in the state will have more electric buses than Racine until at least 2022, when Milwaukee plans to expand its electric bus fleet to 11.

Likely the way of the future

Electric-powered vehicles, more and more, appear to be the public-transport vehicle of the future. General Motors is aiming to have 30 new electric vehicles by 2025 “on its way to an all-electric future,” and Volvo announced last week it will be “fully electric” by 2030.

California has vowed to get its public bus fleet to be all-electric and zero emissions by 2040. Austin, Texas, is on the same track, vowing to never again buy another diesel bus.

“We’re talking about air quality from reducing diesel fumes, reduced carbon dioxide emissions which helps the city attain our climate change goals, and also thinking about how public health can be incorporated into a transit plan,” said Cara Pratt, Racine’s first-ever sustainability and conservation coordinator, hired in May 2019.

Reducing those fumes doesn’t just help the drivers and riders of buses, but also the neighborhoods those buses operate in by allowing for cleaner air and less visible pollutants that dirty roadways.

“The vast majority of buses in the United States run on diesel, which is a climate polluting fossil fuel that releases toxic fumes linked to life-threatening health problems such as asthma, bronchitis and cancer. Additionally, emitting over 5.3 million tons of greenhouse gases per year, not only are diesel buses really bad for our health, but they’re also bad for our climate,” said Susanna Cain, associate for WISPIRG’s Transform Transportation Campaign.

That’s why, Cain said, “electrifying our city and school buses is so important.”

District 9 Alderman and Transit Commission Chair Trevor Jung put it like this: “If you’re waiting at a bus stop, and the bus charges away and you get a cloud of diesel in your face, I would say that’s not the best experience.”

He asked listeners during WISPIRG’s webinar to imagine a clean, nearly silent bus: “It sounds simple, but at the end of the day that type of experience builds up to a happier, healthier community.”

Transit systems are alternately considered the heroes and villains of public health and the environment, Maierle said. They get more vehicles off the road, but they burn a lot of diesel fuel.

“5.3 million tons of greenhouse gases are released from diesel buses every year,” Cain said. “This makes transportation a huge sector to make a big impact in climate change going forward.”

Racine public transportation is “burning 200,000 gallons of diesel per year,” Maierle said. Those gallons come from 7,000-gallon tanker trucks; Racine accepts 28 tanker truck deliveries a year, more than two a month. With nine electric buses added, “there will be eight less diesel trucks coming into our system a year,” Maierle said. He sees that as $60,000 a year in savings.

There’s talk of adding solar panels to the bus garage, thus negating some of the pollution that would’ve been created elsewhere in the hunt to become zero-emissions, but nothing is set in stone.

According to one study of Chicago’s public transportation, the total cost savings over the lifetime of one electric bus compared to a diesel bus is $25,000.

“Public transit is a critical element of the state’s economic development,” Wisconsin Department of Administration Secretary Joel Brennan said in a January 2020 statement. “Investments in public transit translates into economic gains. According to the American Public Transportation Association, every dollar invested in public transit results in a four-dollar return.”

On a single charge, the buses Racine is expecting to lease are from Proterra, a California-based electric vehicle technology manufacturer, would get about 141 miles worth of “fuel.” Eleven of Racine’s existing bus routes are shorter than that, so there shouldn’t be any issues with running out of power mid-route or needing to recharge midday when the electric buses hit Racine’s roads eight months from now. Because they would be recharging at night, power costs would also be lower due to decreased demand for electricity after dark, Maierle said.

Jung said that this effort is also good for Racine’s brand and attractiveness.

He continued: “We need to do our part to make sure folks have access to the economic engines in this region, and that means transportation. How do we do that effectively? How do we do that sustainably? That’s the answer when it comes to electric buses,” Jung said. “You’re attracting a skilled workforce that says ‘This is a forward-thinking community. This is a progressive community, and I want to make this my home.’ So you’re recruiting talent... Once you create that type of connection, you allow folks to be able to come into your community and spend their money.”

Pratt added, “We hope that tourism in the City of Racine could grow as a result of this,” adding that there is “excitement associated with innovation.” As such, “we’re hoping that more riders would be interested in riding” the RYDE transit system, which in turn could lead to economic growth, she said.

Coming down from working on traffic lights at West Boulevard

That's a lot of dirt

A 'stache and a traffic light

What happens to 100 years of sediment from the Portage Canal?

What happens to 100 years of sediment from the Portage Canal? The short answer is it goes to a landfill, but the long answer is much more interesting.

Outdoor enthusiasts have a new way to learn about trail conditions before heading to their chosen biking or hiking destinations, thanks to the Wisconsin Department of Tourism and more than 60 volunteers.

What's the buzz? Wisconsin cicadas biding time before next emergence

Wisconsin is home to just one brood of cicacas, which last emerged in 2007. Their next appearance is scheduled for 2024.

Wisconsin’s two largest coal plants — in Rothchild and Oak Creek — are only slightly more cost-effective than renewables, according to the report. But that could soon change.

People in the area — including the town of Peshtigo, the subject of a lawsuit over the contaminated drinking water — are familiar with cancer.

On a staggered schedule, groups wound their way around nearly 10 acres of new exhibits Saturday to see the results of the International Crane Foundation’s $10 million renovation on its first day open to the public since closing in late 2018. 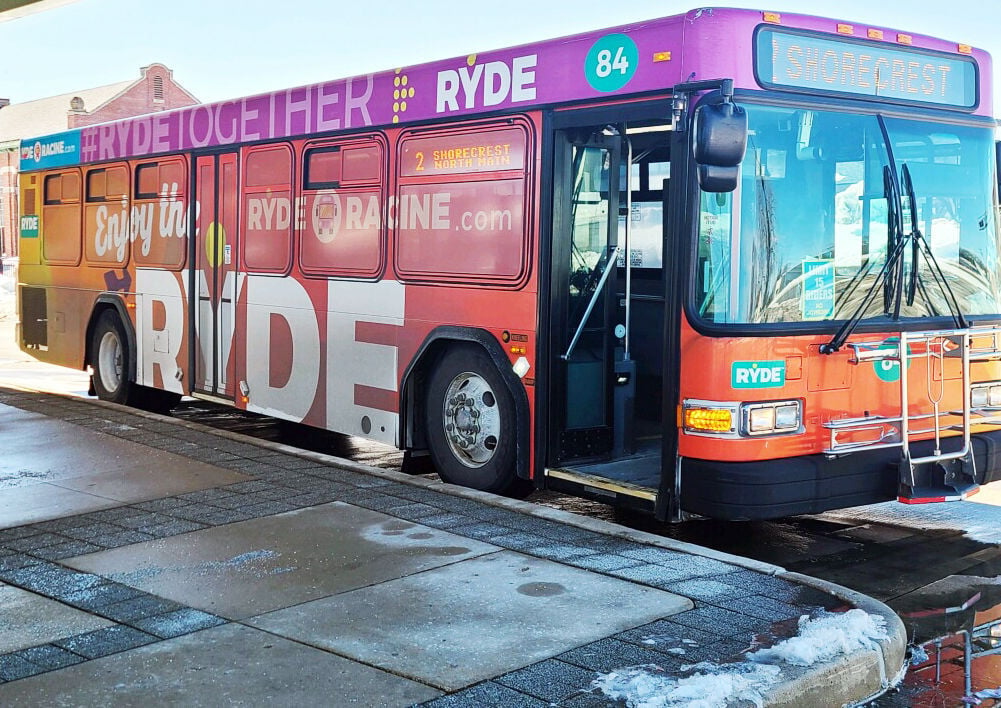 A diesel-powered RYDE bus is pictured here in Racine last month. Falling out of vogue, Racine is slowly moving toward electric buses, with the first such nine leased vehicles expected to be on Racine's streets in November. 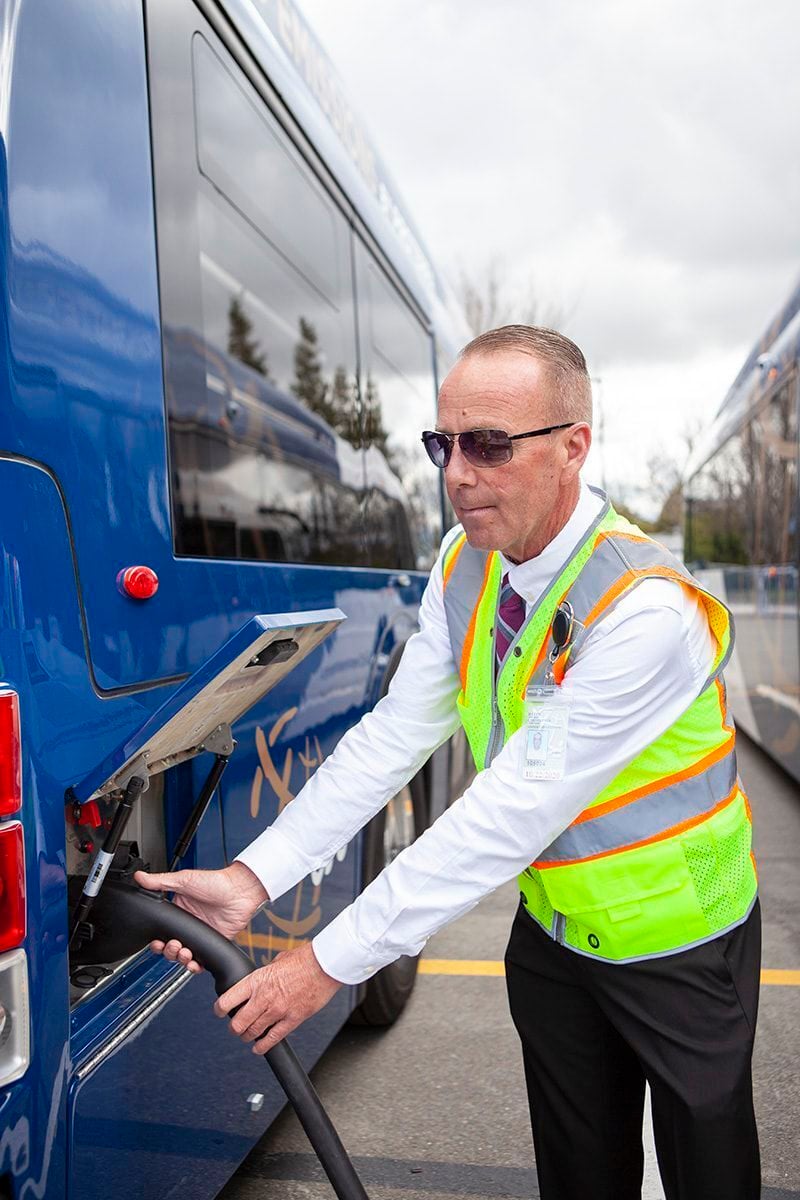 A bus driver demonstrates how Proterra buses, like the ones Racine plans to lease, are charged. 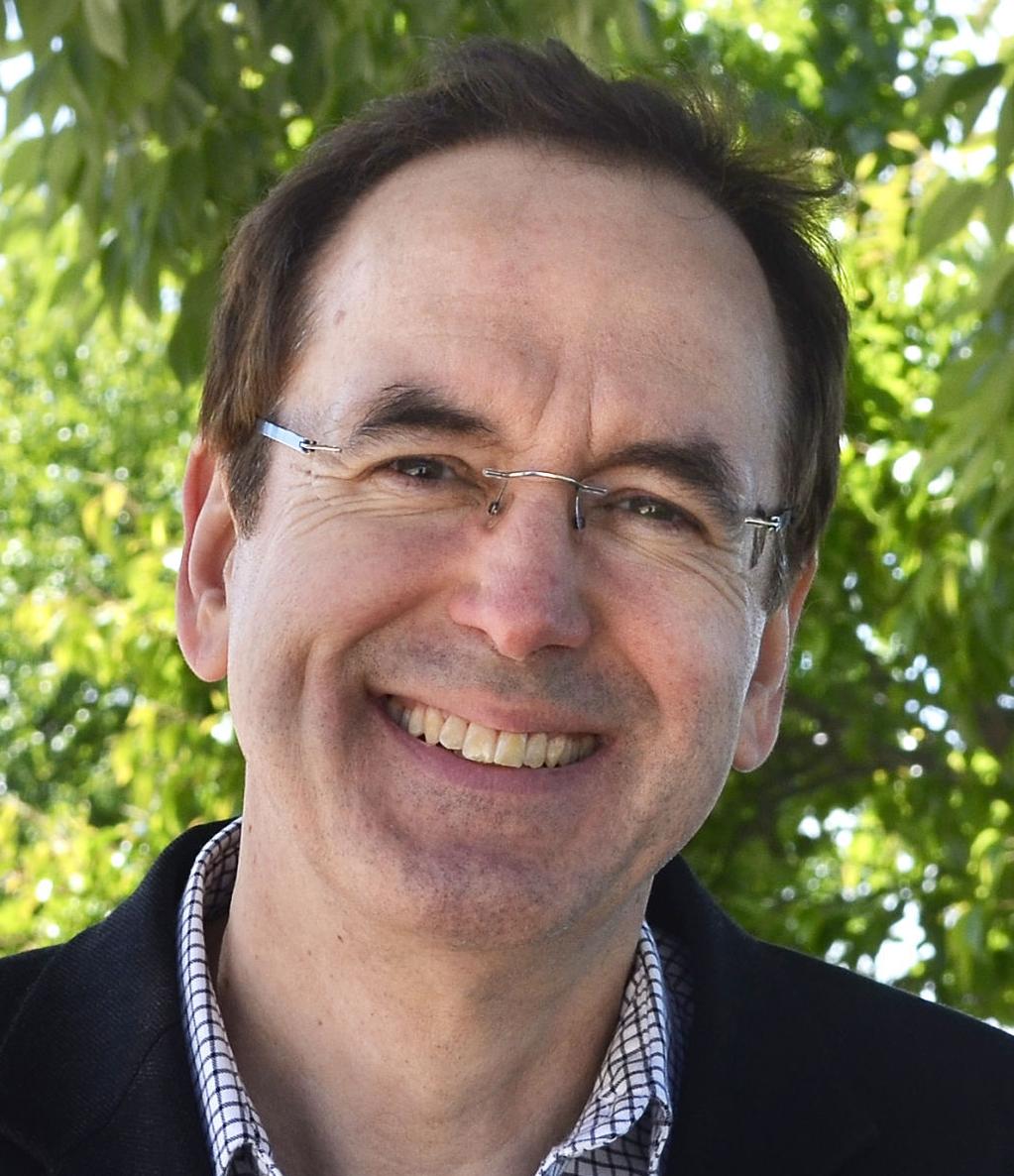 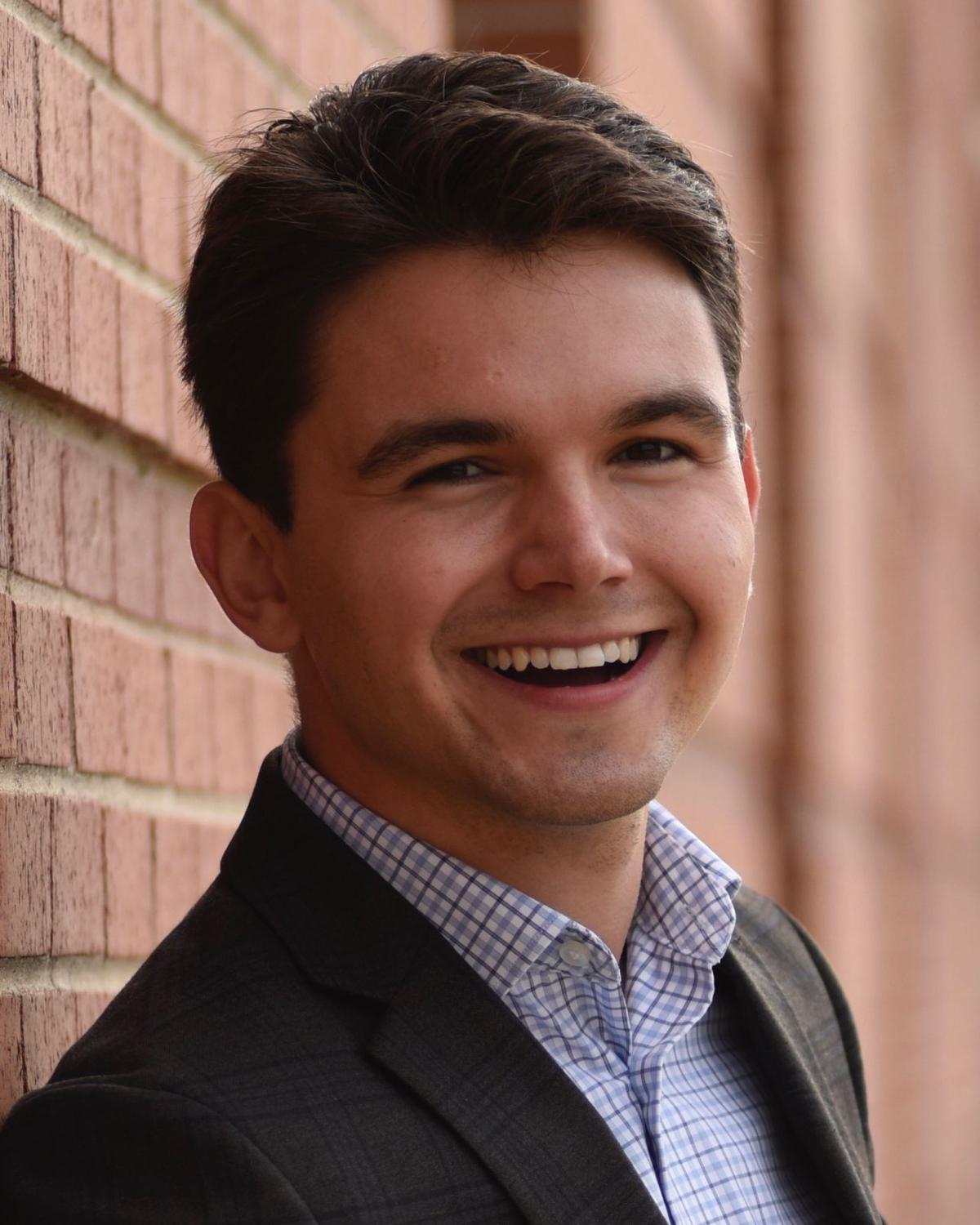 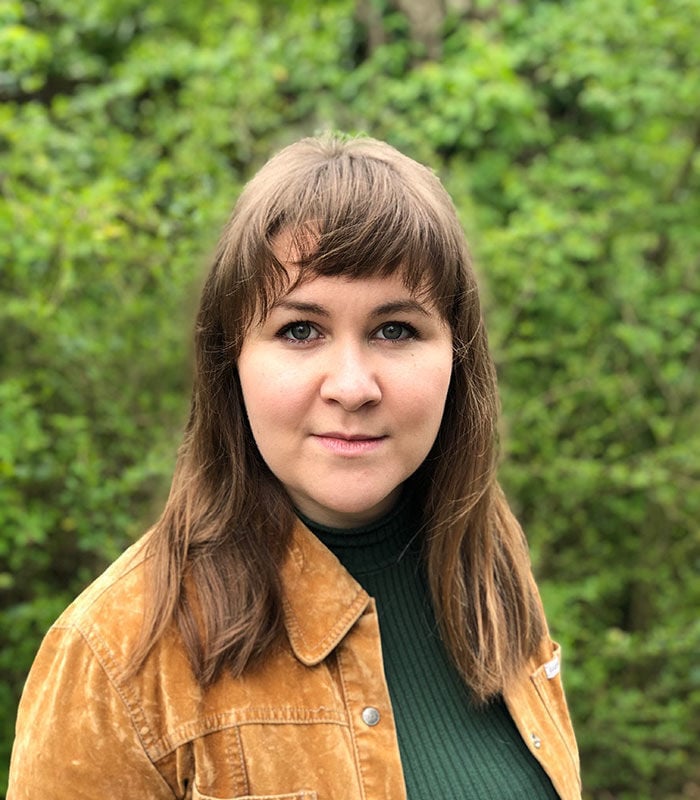