WASHINGTON — The Environmental Protection Agency is warning that two “forever chemicals” found in drinking water pose health risks even at levels so low they cannot currently be detected.

The guidelines released Wednesday are thousands of times lower than Wisconsin’s new drinking water standards for the compounds.

The compounds — PFOA and PFOS — are part of a group of “forever chemicals” known as PFAS that have been used in industrial and nonstick and stain-resistant consumer products since the 1940s and are associated with illnesses including cancer, low birth weight and high blood pressure.

U.S. manufacturers have voluntarily replaced them with newer fluorinated compounds, though the chemicals remain in the environment because they do not break down naturally.

The nonbinding health advisories set health risk thresholds for PFOA and PFOS to near zero, replacing 2016 guidelines that had set them at 70 parts per trillion, the level which Wisconsin’s Natural Resources Board adopted for drinking water in February.

The new risk thresholds are 0.004 ppt for PFOA and 0.02 ppt for PFOS. Tests of Madison’s 22 municipal wells in 2021 showed higher concentrations of PFOA and PFOS, but in 10 of those wells the results were below what can be reliably detected with current lab technology. Newly released test data from 2022 show only Well 16 had reliably detectable levels above the EPA guidelines.

State health officials had recommended a combined threshold of 20 ppt, though conservatives who control the board rejected that number in favor of the EPA’s previous guidance amid pushback from industry groups and concerns about the cost of compliance.

Scott Laeser, water program director for Clean Wisconsin, said the enactment of state standards — which cleared the Legislature’s rules committee without objection Wednesday — represent an “important step down the long road” to solving water pollution but faulted the board for siding with lobbyists.

“When the NRB weakened these drinking water standards in February using outdated EPA numbers as justification, the writing was already on the wall that lower standards were necessary to protect public health,” Laeser said.

“There is no longer any doubt about the toxicity of PFAS chemicals,” Scheaffer said. “We expect government officials to prioritize the health and safety of Wisconsin families by setting enforcement standards in line with EPA’s updated health advisory, holding PFAS polluters accountable and helping local water utilities secure the resources they need to provide safe drinking water to their communities.”

In a statement, the DNR said the release of the new guidelines “acknowledges the significant health risks associated with PFAS and reinforces that efforts taken to reduce the level of PFAS in drinking water will reduce risks to human health.”

The agency said it would work with the Department of Health Services to review the advisory levels “to assess how it will impact prior recommendations.”

While the advisory levels are not cleanup standards, the DNR said they “may be one factor considered” when developing goals for remediation of polluted sites such as Madison’s airport.

The EPA is inviting states and territories to apply for $1 billion in assistance under the new bipartisan infrastructure law to address PFAS and other contaminants in drinking water. Money can be used for technical assistance, water quality testing, contractor training and installation of centralized treatment, officials said.

Wisconsin is slated to receive about $143 million this year to improve drinking water quality, though only about $2.5 million of that is earmarked for PFAS contamination. In the meantime, the DNR offers a voluntary testing program for public water systems.

Earlier this year, Madison Mayor Satya Rhodes-Conway proposed spending $450,000 on a treatment system for one East Side well that was shut down in 2019 because of PFAS contamination.

The utility estimated it would cost $136,000 to $300,000 per year to bring PFOA and PFOS in that well below 20 ppt. It’s unclear if the technology could meet the new EPA guidelines.

A Madison Water Utility spokesperson said utility leaders were discussing the new guidelines but did not have an immediate comment.

Several states have set their own drinking water limits to address PFAS contamination that are far tougher than the old federal guidance. The toxic industrial compounds are associated with serious health conditions, including cancer and reduced birth weight.

“People on the front-lines of PFAS contamination have suffered for far too long,” EPA Administrator Michael Regan said in a statement. “That’s why EPA is taking aggressive action as part of a whole-of-government approach to prevent these chemicals from entering the environment and to help protect concerned families from this pervasive challenge.”

PFAS is short for per- and polyfluoroalkyl substances, which are used in nonstick frying pans, water-repellent sports gear, stain-resistant rugs, cosmetics and countless other consumer products. The chemical bonds are so strong that they don’t degrade or do so only slowly in the environment and remain in a person’s bloodstream indefinitely.

The revised health guidelines are based on new science and consider lifetime exposure to the chemicals, the EPA said. Officials are no longer confident that PFAS levels allowed under the 2016 guidelines “do not have adverse health impacts,’’ an EPA spokesman said.

While the new guidelines set acceptable risk below levels that can currently be measured, as a practical matter EPA recommends that utilities take action against the chemicals when they reach levels that can be measured — currently about 4 ppt, a senior administration official told reporters Tuesday night.

The EPA said it expects to propose binding national drinking water regulations for PFOA and PFOS later this year, with a final rule expected in 2023, though states would have another three years to put that rule into effect.

The agency said the new advisories provide technical information that federal, state and local agencies can use to inform actions to address PFAS in drinking water, including water quality monitoring, use of filters and other technologies that reduce PFAS and strategies to reduce exposure to the substances.

Environmental and public health groups hailed the action as a good first step. Advocates have long urged action on PFAS after thousands of communities detected PFAS chemicals in their water. PFAS chemicals have been confirmed at nearly 400 military installations, according to the Environmental Working Group, a research and advocacy organization.

“EPA had the courage to follow the science. This is a step in the right direction,’’ said Stel Bailey, co-facilitator of National PFAS Contamination Coalition.

“The science is clear: These chemicals are shockingly toxic at extremely low doses,’’ added Erik Olson, senior strategic director for health and food at the Natural Resources Defense Council. He called on the EPA to regulate all PFAS chemicals “with enforceable standards as a single class of chemicals.”

Melanie Benesh, legislative attorney for the Environmental Working Group, said the announcement “should set off alarm bells for consumers and regulators” alike. She urged the EPA to “move much faster to dramatically reduce exposures to these toxic chemicals.”

The working group estimates that more than 200 million Americans are drinking water contaminated with PFAS.

The American Chemistry Council, which represents major chemical companies, said the process the EPA used to develop the guidelines was “fundamentally flawed.”

“These new levels cannot be achieved with existing treatment technology and, in fact, are below levels that can be reliably detected using existing EPA methods,” the industry group said in a statement.

Legislation passed by the House would set a national drinking water standard for PFAS and direct the EPA to develop discharge limits for a range of industries suspected of releasing PFAS into the water. The bill has stalled in the Senate.

EDITOR'S NOTE: This story has been updated to clarify information on levels of PFOA and PFOS in Madison's municipal wells.

In the face of widespread public support, the Natural Resources Board voted 3-3 with one abstention Wednesday to reject rules to limit certain fluorinated compounds known as PFAS to a list of regulated chemicals in groundwater.

The mayor said the city could have the state’s first-such treatment system but must act quickly to get in line for federal clean water grants that will become available next year.

The TPC Network has announced that it plans to license the club, which will be renamed TPC Wisconsin when it reopens next year under the design of pro golfer Steve Stricker. 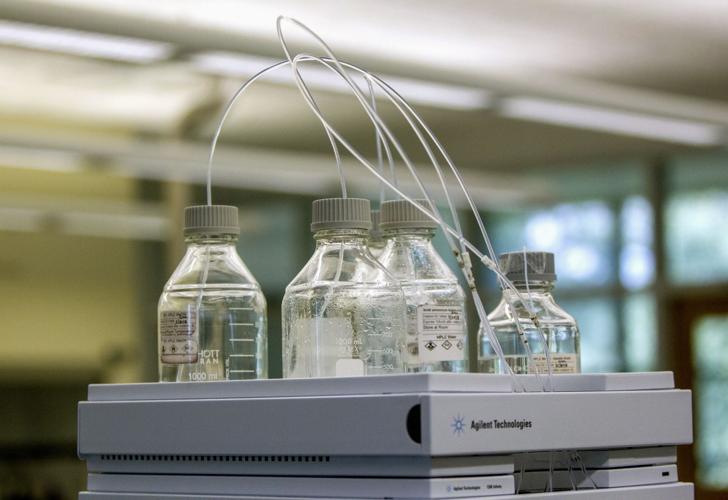 The Environmental Protection Agency said Wednesday that two legacy fluorinated "forever chemicals" pose health risks at levels too low to be detected with equipment like this pictured in a 2019 file photo taken at Trident Laboratories in Holland, Mich. 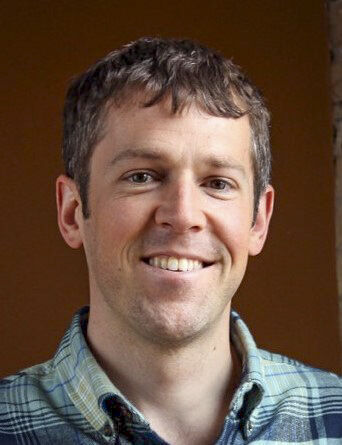 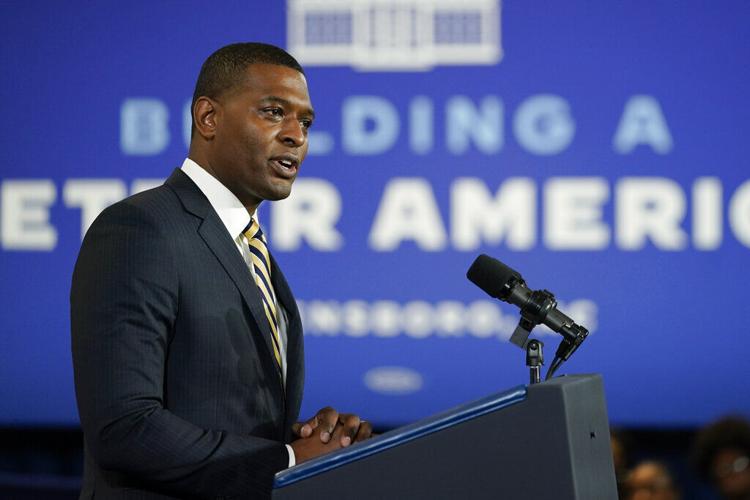