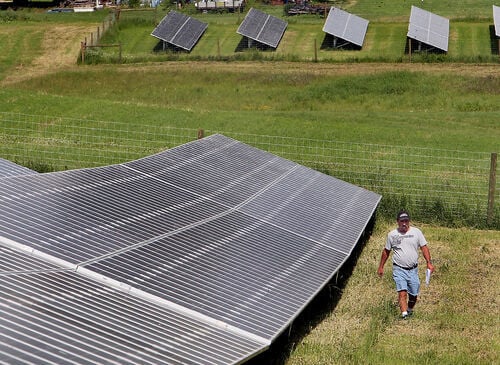 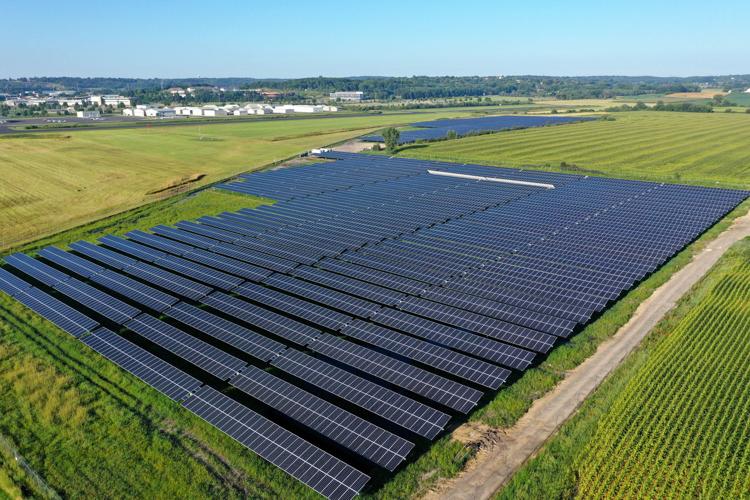 A new venture is offering Wisconsin residents and businesses an opportunity to profit from solar energy development.

A joint venture of Renew Wisconsin and a group of solar developers and installers, SolarShare Wisconsin co-op, allows regular people — regardless of wealth — to invest in small-scale solar farms by pooling their money.

While some solar farms are owned by utility companies, others are owned by developers who build them with money from banks and investors and then sell the electricity to utilities, generating income over time.

“We wanted to democratize that and make sure anyone who wanted to could get in on it,” said executive director Cory Neeley.

SolarShare pairs regular member investors with contractors who develop, permit and build facilities with a focus on projects of 1 to 5 megawatts providing power to the 105 cooperative and municipal utilities that serve more than a quarter of the state’s customers.

Unlike large-scale solar farms, which require hundreds or thousands of acres and can generate local opposition, projects of that size can typically be built on less than 40 acres and connected directly to the local distribution grid rather than long-distance transmission lines.

Wisconsin currently has 33 small-scale solar farms with a combined capacity of about 35 megawatts, according to Renew Wisconsin.

“We want to do something that feels super tangible, that we can complete in a timely manner, so people can start seeing the benefits,” said co-founder and board member Alicia Leinberger.

To participate, potential investors join the co-op, which costs $100 (though rural residents, veterans and people of color can join for just $25 thanks to a state grant). Members can then purchase shares as projects are developed.

The initial offering is 50,000 shares at $10 each with an anticipated return of 5%. So, a member who invests $1,000 would earn $50 a year for five years and then get the principal back to reinvest.

Future offerings will be decided by a board of directors elected by members.

Leinberger, who runs a solar installation company in Viroqua, said a lot of people want to support solar energy but don’t have the means to put panels on their roofs.

SolarShare gives them a way to invest in something that benefits their community, generating clean energy and supporting local jobs.

“It’s really about getting people ways they can participate in the energy transition very directly,” Leinberger said. “I see a tremendous opportunity for rural economies.”

Don Wichert, who serves on Renew Wisconsin’s board, joined to support the effort.

“I had some spare cash so I made a small investment,” Wichert said. “They thought they’d get maybe a 5% return, which is better than my checking account.”

Founder and board president Eric Udelhofen, a developer with OneEnergy Renewables, got the idea while building solar farms for a couple of electric cooperatives in western Wisconsin.

Participating landowners asked how they could invest, so he looked into it.

Under federal securities laws, only accredited investors — who can demonstrate financial sophistication and ability to withstand losses — can invest in unregistered securities like a solar farm. To qualify, an accredited investor must earn at least $200,000 a year or be worth more than $1 million, not including their home.

“That was pretty unsatisfying,” Udelhofen said.

Most regular folks can’t invest individually, but cooperatives, which are governed by a democratically elected board of directors, can.

Udelhofen found a couple of cooperatives, including one in Minnesota, that were doing something similar.

“We took that concept and tried to apply it to Wisconsin,” he said.

The project got off the ground with the help of a $265,500 grant from the Wisconsin Economic Development Corp.

“Doing it through the cooperative model, that really hit home back in Wisconsin,” Rikkers said. “We’ve been on the leading edge of the co-op model for decades.”

A series of storms in August 2018 dumped more than a foot of rain on parts of Monroe County over the span of just two days, triggering landslides, washing out bridges and culverts, and eating away entire sections of trail.

The drop-off site is part of an ongoing initiative to reduce the amount of food waste in the landfill, where it takes up valuable space and creates methane, a potent greenhouse gas.

Eric Udelhofen, development director for One Energy Renewables, powers his own Near East Side home with rooftop solar panels.

Advocates say electric grid operators must better prepare for extreme weather and that more transmission lines can help lessen the risk of blackouts.

Nancy Pelosi: 'No intention' of watching video of husband's attack

Ukrainian soldiers at the frontline plea for Western tanks

Ukrainian soldiers at the frontline plea for Western tanks 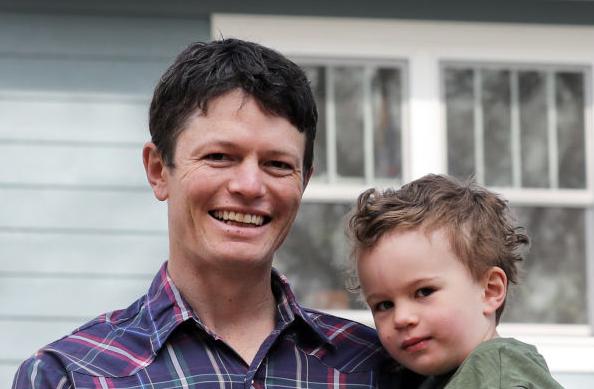 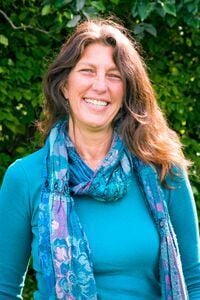