A UW-Madison student evicted from university housing for dating a Black man. Others expelled amid an administrative campaign to systematically seek out and remove homosexual male students from campus. Abusive conduct by a UW-Madison police officer who led the department for decades with impunity.

It’s not exactly the stuff of college brochures. But beginning next fall, information about some of the university’s past blemishes will be on public display at the direction of top administrators.

It’s all part of the Public History Project — a multiyear research effort funded by the university to unearth a history of prejudice and discrimination at UW-Madison in the hope of informing conversations about the future.

“There’s an idea that somehow if we’re looking at bad things, that that’s antithetical to the university,” project director Kacie Lucchini Butcher said. “And I actually think that really taking an honest look at some of the bad histories, the hard histories, is going to be good for the university.”

The project’s origins trace back to 2017 when a white supremacist rally in Charlottesville, Virginia, turned deadly. Amid renewed national attention on the Ku Klux Klan, Chancellor Rebecca Blank commissioned a study looking at the history of the KKK on campus in the early 20th century and what to do about two spaces in the Memorial Union named after prominent alumni who had belonged to an interfraternity society of the same name.

A UW-Madison alum's name was removed from Union space. Some historians call it a mistake

The name of a prominent alumnus — who as a student in the late 1910s belonged to a campus group called “Ku Klux Klan” — was stripped from a theater three years ago this month.

The study’s findings led Blank to launch the Public History Project and several other diversity initiatives.

“That was kind of the impetus for the project — just stepping away from this hyper focus on one incident and looking at this larger history of discrimination at the university,” Lucchini Butcher said.

Against the backdrop of a national reckoning over race, with Confederate statues coming down and school buildings being renamed, Lucchini Butcher said the university has taken what she sees as a unique approach, one that “puts history to work” and goes beyond symbolic gestures of change.

This summer marks the project’s last big push to wrap up research so the next school year can be spent curating exhibits, which are expected to go on display in the fall of 2022.

The job of creating the final display hasn’t been easy for Lucchini Butcher, charged with uncovering her employer’s most egregious discriminatory offenses.

Those less-than-flattering chapters include the targeted expulsions of gay students in the 1960s and the disbanding of “Ethnic Centers” run by students of color.

Some of the project reports that have already been released have proved timely in today’s news cycles.

Following a year that included national protests against police brutality and a no-confidence vote in the campus police department, a report on the UW-Madison Police Department traced a “history of mistrust” between the department and campus community to officer Joseph Hammersley, generally recognized as the university’s first police chief although he never held the title.

Hammersley’s “malevolent force” loomed over the department for decades, the report found, while the university took no action to remove him despite numerous complaints from students, faculty and the community.

Other reports in the works include the history of Black Greek life, Asian American students’ involvement in the antiwar protests in the 1970s and the long fight against campus housing discrimination that started in the 1940s.

“The first step is learning the history, and the second step is doing something about it,” Lucchini Butcher said. “So this wasn’t just, ‘Hey, research the history, make us a report and turn it in, and then go about your life.’ It was, ‘Do this history and help us transform this campus.’”

The university hasn’t always taken that approach, some said.

For example, some students blasted the university for its statement following the shooting of six Asian Americans in Atlanta earlier this year, saying administrators needed to do more than issue “bare minimum” statements and provide tangible resources.

Juliana Bennett, a UW-Madison senior who serves as the campus representative on the City Council, said she appreciates that staff have reached out to students of color to ask what they wanted to know about the university’s history.

“Knowing the history of UW is important to students of color because we should know what we are getting into,” she said. “With discrimination on campus, it’s not a new issue. It’s been going on since the inception of the university.”

But Bennett questioned whether it would lead to any changes, suggesting the project may be a “preemptive” move by the university to avoid criticism about some of the more controversial parts of its past.

Committing to change is a good step, she said, but the campus could make changes now and not wait until the project is finished.

“Now we recognize that UW is racist. We kind of already knew that,” she said. “But what is the follow-up after that? And unfortunately I haven’t seen much.”

The project team plans to host a lecture series and create curriculum material for instructors to use in their classes. Markers around campus could note where historic events happened, and the project’s findings will be digitized in an easily accessible online archive.

Over the last two years, researchers have gone through about 170 cubic feet — or about 30 bathtubs’ worth — of archival material. Project staff paged through 79 volumes of yearbooks and recorded 121 interviews documenting firsthand accounts of historical events.

Research hit a snag when the pandemic struck, locking staff out of the UW Archives for months. But they balanced out the loss by gathering more oral histories than they had originally anticipated.

While Lucchini Butcher is unsure what changes the project will bring, knowing the university’s history will go a long way toward repairing relationships with past and present communities on campus who have historically been left out, she said.

“That truth-telling, that honesty of looking back at your past, is really healing,” she said. “It’s hard at first and it hurts at first, but I do think that in the end, we’ll end up in a better place.”

People don't always think about themselves as sources of history, but the Public History Project is searching for people connected to the UW community to share their firsthand accounts of historical events.

If you have a story to share, an event you think should be researched, or a person you think has been overlooked, contact the Public History Project at publichistoryproject@wisc.edu.

Just 21 of 200 study-abroad programs back on at UW-Madison; others still up in the air

The programs are the first to be approved since the pandemic hit and will send about 100 students abroad in the summer and fall.

Stranded overseas, UW-Madison international students scramble to get here in time for classes 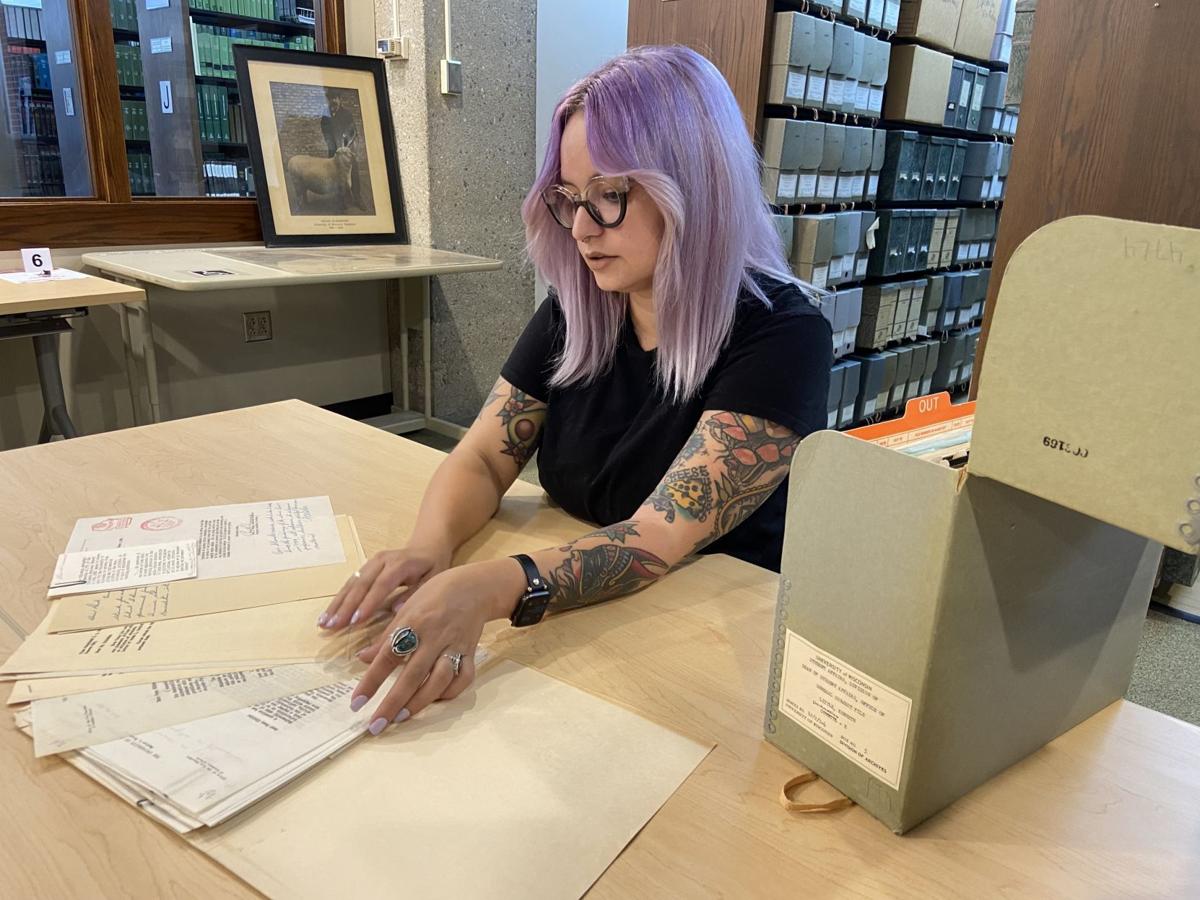 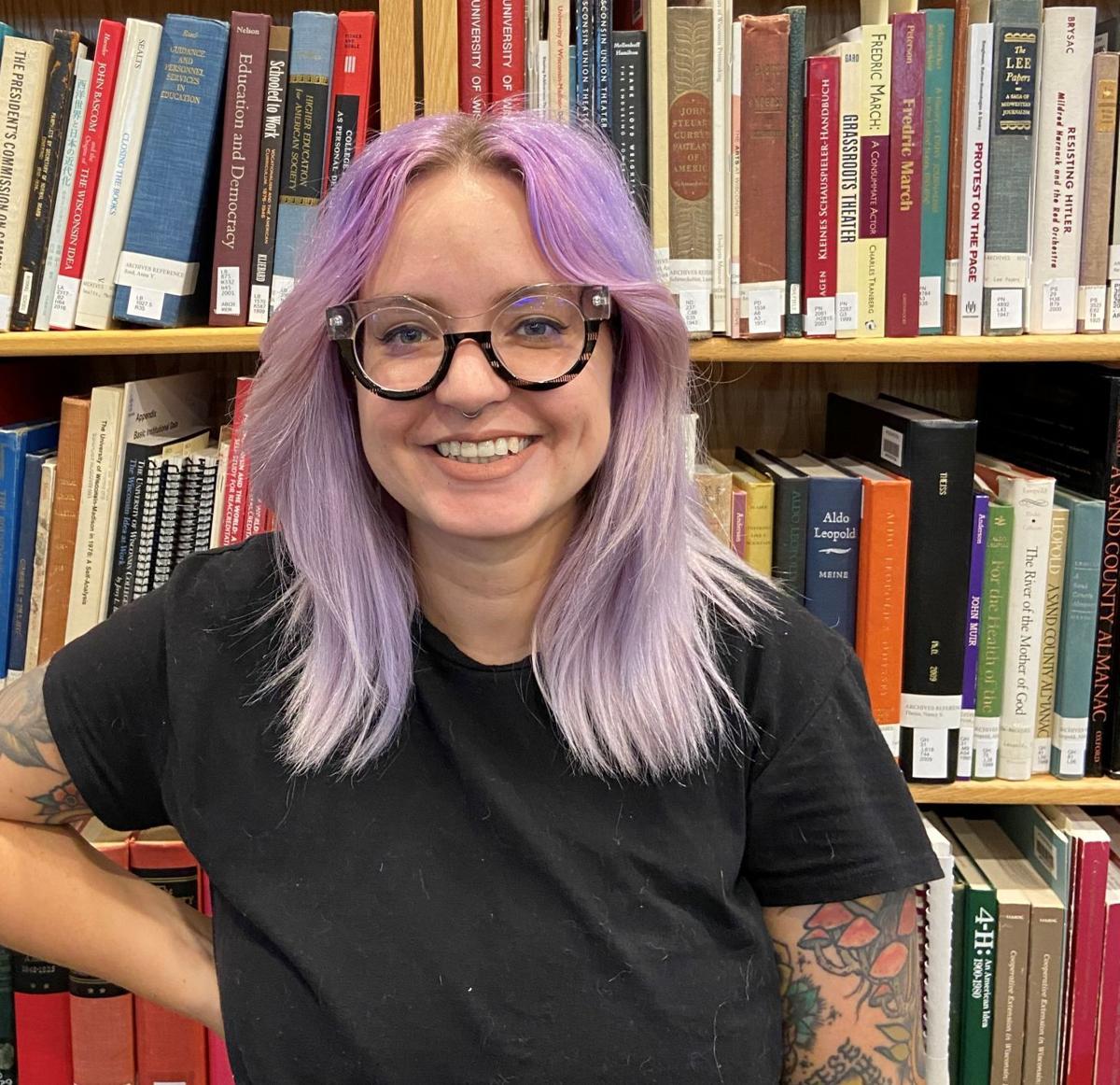 Kacie Lucchini Butcher has served as the Public History Project's director since 2019.