UW-Whitewater’s interim chancellor resigned earlier this week because the University of Wisconsin System moved forward with a survey that will ask students about free speech rights despite his and other chancellors’ objections.

Jim Henderson, who assumed the helm of the Whitewater campus last summer, tendered his resignation Monday saying in a statement he couldn’t effectively recruit a permanent chancellor for a search that hadn’t yet begun.

However, in an interview Tuesday with the Wisconsin State Journal, he elaborated on his departure and emphasized that a major reason for his decision was UW System leadership’s handling of the free speech survey.

“I felt like I could not encourage candidates to apply for the chancellor job because of what I consider to be a lack of support from UW System leadership,” he said. “I thought chancellors had a role and a collaborative process in making decisions with the System, and I feel that was not honored.”

The free speech survey is the latest example of what Henderson described as a top-down approach from leadership.

“The most recent incident for me is the starkest, but I will say over the years that in my experience with System, the consideration of the impact on campuses hasn’t played as central a role as appropriate,” said Henderson, who also served as the System’s vice president for academic and student affairs from 2016 through 2018. Henderson declined to elaborate on other instances.

The free speech survey will be sent to undergraduates on all campuses Thursday and must be completed by May 6. Questions will assess students’ knowledge about the First Amendment, how much they value free speech, whether they see problems with a lack of diverse viewpoints, whether they censor themselves, and whether they have ever been sanctioned or punished for exercising their free speech rights.

Designed to promote debate and research about civil liberties, the center was renamed the Menard Center after receiving a $2.36 million donation in 2019 from the Menards, the family that founded the Menards store chain and is a megadonor to GOP causes.

Michael Falbo, who took over as interim System president last month, said he met with chancellors a few weeks ago to discuss the survey. Chancellors raised concerns, leading Falbo to decide the System would not participate in the survey.

However, Falbo said in a statement to the State Journal that his stance changed last week after Menard Center director Tim Shiell emailed him saying the chancellors’ concerns are based on incomplete and perhaps mistaken information.

Shiell said the university’s board overseeing research involving human subjects had signed off on the project and the workload for campuses would be limited to “sending a few emails.” An advisory board characterized by Shiell as nonpartisan reviewed the survey questions.

“The goal is to gather useful data that will allow people to address future questions regarding free speech on our campuses with facts rather than speculation, data rather than emotion,” he said in an email to Falbo and others.

Shiell’s explanation made Falbo comfortable enough to green-light the project.

“I acknowledge that some chancellors were disappointed in that decision, and it regrettably led to a resignation,” Falbo said in a statement.

Asked how many chancellors opposed the survey, System spokesperson Mark Pitsch declined to offer a specific number and said “it was a discussion.”

A preliminary budget for the survey is about $100,000, Shiell said.

The advisory board includes a dozen people, including former Supreme Court Justice Janine Geske (a State Journal editorial board member); two UW-Madison law school professors: Franciska Coleman, a constitutional law scholar, and Jason Yackee, who is the adviser for the conservative Federalist Society; Sean Stevens, a senior research fellow for the Foundation for Individual Rights in Education, a national civil liberties group; Rick Esenberg, the president of the conservative Wisconsin Institute for Law and Liberty; Ryan Owens, a UW-Madison professor who scrapped plans to run as a Republican candidate in the Attorney General race this year; and Tricia Zunker, who has run for Congress as a Democrat.

Also on the advisory board is Tim Higgins, who was appointed by former Republican Gov. Scott Walker to the UW Board of Regents and wrapped up his term in 2018. Higgins now leads Free Speech for Campus, a nonprofit whose board includes mostly conservatives, including the two lawmakers who chair the legislative committees overseeing UW campuses. Higgins denied his organization in any way drove the free speech survey but said he welcomed the project.

“There’s a lot of speculation about student attitudes toward free speech and whether there’s lack of intellectual diversity on campus,” he said. “The fact that System is behind this very serious research project by Professor Shiell and his team to find out if there’s any statistical basis to these questions is a real plus.”

Free speech has become a lighting rod topic on campuses in recent years, with conservatives pushing colleges to crack down on students who disrupt conservative speakers and presentations.

Republicans have also cited concerns about students being “indoctrinated” by liberal professors or feeling too uncomfortable to share their conservative views. GOP lawmakers in Florida passed a law mandating students and staff on public university campuses take a survey about viewpoint discrimination.

That led the state’s faculty union this week to urge campuses to ignore the state-mandated survey. The group argues the questions are leading in nature, asking to what extent respondents agree or disagree with statements such as “I have felt intimidated to share my ideas or political opinions because they were different from those of my colleagues” and “Students at my institution are not shielded from ideas and opinions they find unwelcome, disagreeable or even deeply offensive.”

UW-Madison professor Michael Bernard-Donals said the System’s survey questions “seem more benign” than Florida’s but the reasons for administering the survey seem to be in response to pressure from the Republican-controlled Legislature.

“It all seems very McCarthy-like,” he said.

Henderson said he worried about students experiencing survey fatigue this spring because of two others already in the works, one of which is required for an upcoming accreditation visit and another that will ask about mental health initiatives. He also said chancellors were told the survey had to be conducted this spring because external funding was contingent on that timeline, which was something chancellors questioned.

“First Amendment rights are vital to the UW-Whitewater community, and they have demonstrated that they are able to assure that a variety of voices are heard on campus in a respectful way, so we didn’t view this as crucial to serving our students,” he said. “We should be able to determine the prioritization of surveys administered on our campuses.”

Henderson also said Falbo, in explaining the reversal of his decision to chancellors, focused on the political fallout of not doing the survey — not on Shiell’s arguments for moving forward with the project, as Falbo told the State Journal.

UW-Whitewater professor Tracy Hawkins, who leads the university’s Faculty Senate, told the body that she completely supported Henderson’s decision to resign, calling it “a demonstration of what it means to live by your principles.” 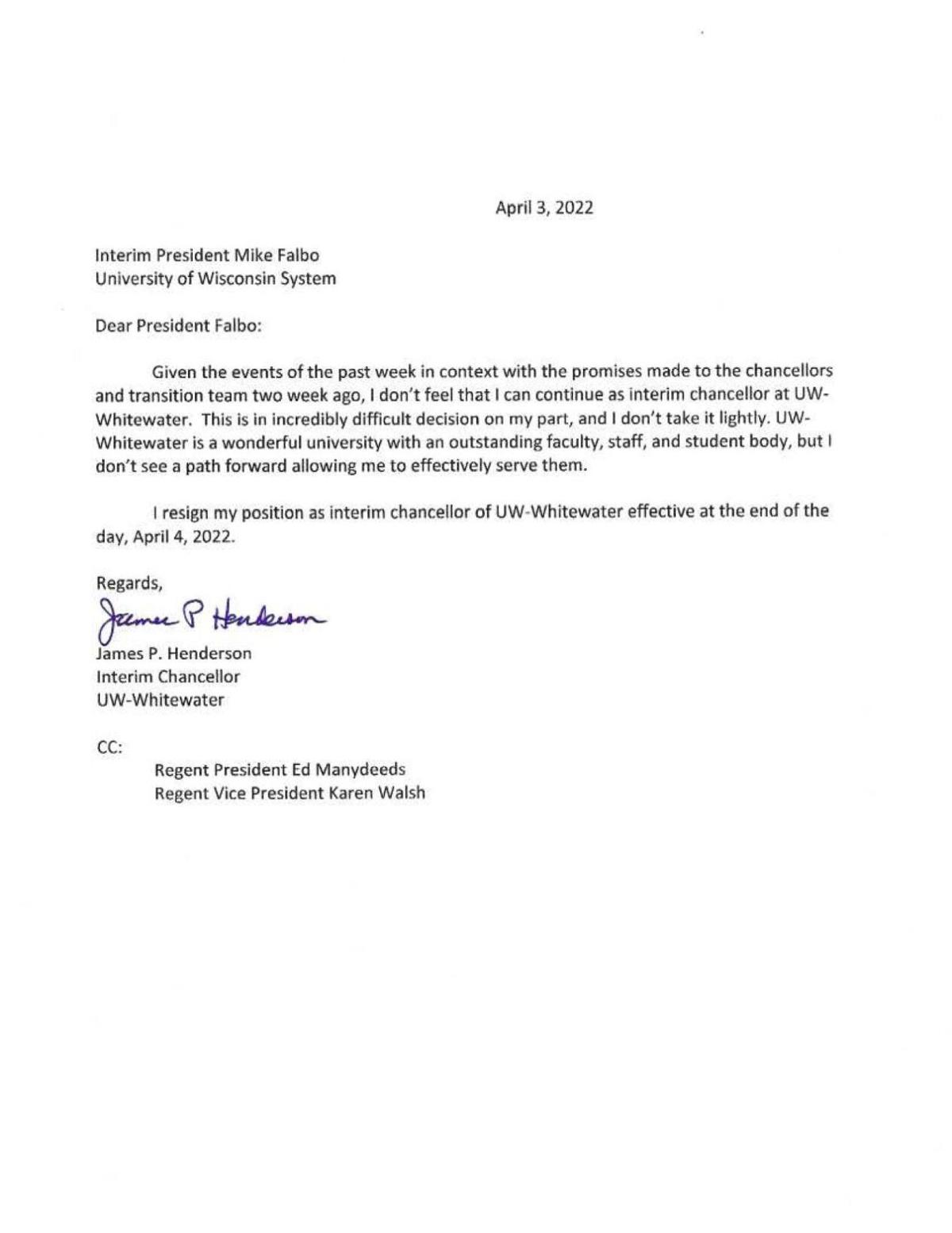 The proposal is part of a resolution the board will consider at its Friday meeting, according to the agenda.

Dane County voters cast 81,104 ballots, or about 18.5% of the adult population, the lowest turnout for the spring election in seven years.

"The extra time will enable us to answer fully and accurately the avalanche of questions arising and lay the groundwork for a successful survey," said the director of the center that is funding the survey.

University of Wisconsin System President Jay Rothman said the administering of this survey was not a political issue for them, and rather a way of measuring perceptions about free speech.

UW-Whitewater plans to host candidate forums in December before the UW Board of Regents selects a candidate in January. 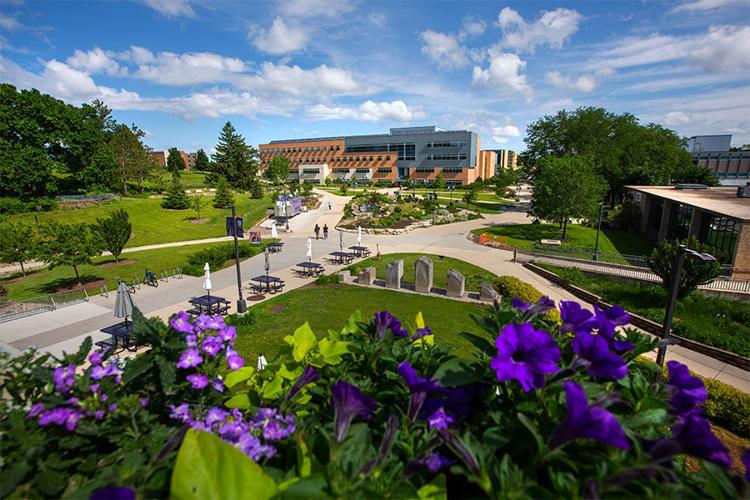 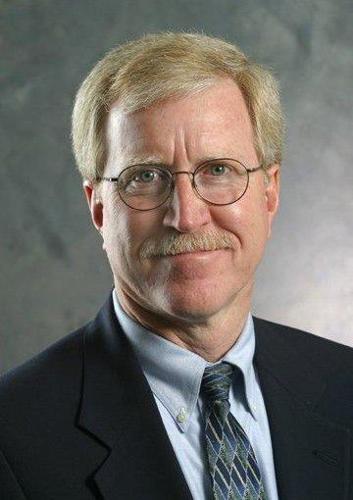