The University of Wisconsin System named Dwight Watson as the next chancellor of UW-Whitewater, the first chancellor selected under a new policy that ceded majority control away from the faculty he will now lead.

How the process played out at UW-Whitewater could be a harbinger of chancellor searches to come at other UW campuses.

The way in which the System and its governing board handled the five-month search sparked UW-Whitewater’s Faculty Senate to pen an open letter saying they and other campus stakeholders were “ignored” and “marginalized” throughout the process.

System President Ray Cross told UW-Whitewater in December the interim chancellor wouldn’t be considered for the permanent position. Months later, he named her as a finalist.

No minutes from meetings when the search committee met were made available to faculty members despite three requests made over a two-month period, according to the Faculty Senate’s letter.

And a former member of the UW System Board of Regents remained on the committee even after her term expired. 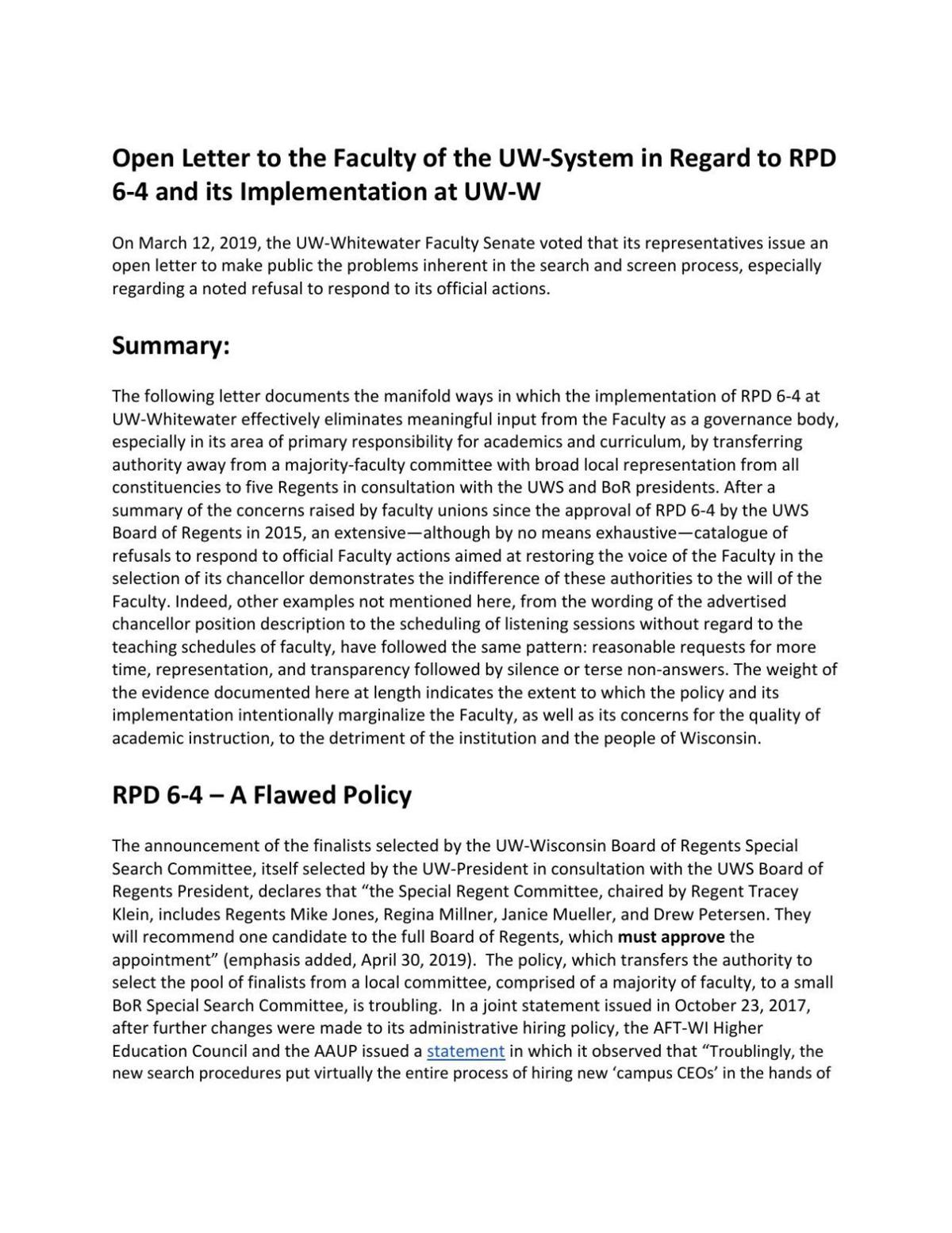 “The perception that UW System President Ray Cross is ‘making up rules as he goes’ elevates concerns that the selection of UW-Whitewater’s next chancellor is actually in the hands of one or two people and not the broader body of UW-Whitewater students, staff, faculty, alumni and local community members,” the letter said.

Religious studies professor David Simmons, who leads UW-Whitewater’s Faculty Senate, said last week that none of the candidates had the faculty’s full confidence.

Regent Tracey Klein, who led the search committee, responded to the letter earlier this month in a System statement that said the committee’s dedication and “strong shared governance chemistry” represented “the Wisconsin Idea in action.”

The Board of Regents unanimously voted Thursday in favor of appointing Watson, who has served as provost at Southwest Minnesota State University since 2015. The institution serves about 7,300 students.

Watson was a first-generation college student who received his bachelor’s and master’s degrees in education from the University of South Carolina and a doctoral degree from North Carolina State University. His research focused on the literacy and language acquisition of students of color and urban learners.

UW-Whitewater geography professor Eric Compas, who served as vice chairman of the search committee, said Watson “is a great fit for our campus.”

“He wants to build on the strengths that we have, help us to better tell our story, and write UW-Whitewater’s next chapter,” he said in a System statement.

Cross named Cheryl Green as interim chancellor that month through “consultation” with the campus community that faculty members say did not happen.

Cross said in the same message that Green would be ineligible for the permanent position, but reversed course in a March letter, deciding that she should be allowed to apply, after consulting with a “diverse group of stakeholders.”

The Faculty Senate’s letter said they were not consulted in that decision either.

“People buy in and feel like they’re part of the process,” he said. “Chancellors don’t get their power solely by virtue of their positions.”

Under a Regent policy adopted in 2017 designed to “streamline” the process, chancellor search committees now include 10 members, half of whom are Regents. The other five members selected by Cross must include two faculty, a university staff person, a student, and one community member or graduate.

Concessions were not made, according to the faculty letter, to add nonvoting members from two of the university’s academic colleges that lacked representation on the committee.

“That never sat well with the faculty,” Simmons said.

Regina Millner was one of five Regents appointed to UW-Whitewater’s search committee in January. Even after her term expired May 1, she remained on the committee through Thursday’s appointment.

The same scenario is unfolding at UW-Stout, which is in the middle of its own chancellor search process following the retirement of Bob Meyer in August.

UW System spokesman Mark Pitsch said Regents are selected based on factors including their background, experience, expertise and geographic location.

He said search committee members are selected to serve “in accordance with both Regent policy and state law” and serve through completion to “ensure continuity of the work.”

Asked to explain how Millner and Behling — who are no longer Regents, according to state law — can serve on the committees through a policy that specifically calls for five Regents, Pitsch did not offer clarification. He also didn’t say when asked whether it had occurred in past chancellor searches. 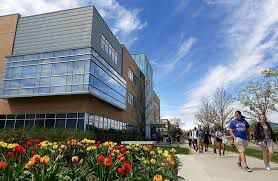 UW-Whitewater's campus where Dwight Watson will serve as the university's 17th chancellor.