The few dozen UW-Madison students living in one of the state’s last student housing cooperatives are pleading with the university for a solution to their destined-to-be-demolished building.

The university plans to tear down Zoe Bayliss Women’s Cooperative sometime after the 2022-23 school year to make room for a new academic building.

The UW-owned Zoe Bayliss co-op, 915 W. Johnson St., is one of the few affordable housing options left for students, residents said. The cooperative rents from UW-Madison and residents pay the co-op about $5,000 per year, several thousand dollars less than what most students pay to live in a UW dorm.

“It’s sad — this is the only place on campus left like this,” said UW-Madison graduate student Melissa Schmidt-Landin, who has lived in the co-op for six years and described it as the place where she came out of her shell.

Established in 1955, the co-op will continue to house students through May 14, 2023. Demolition is slated for sometime later that year. In its place will be the Irving and Dorothy Levy Hall, the new academic home for the College of Letters and Science. The scheduled fall 2025 opening of Levy Hall will clear the way for the eventual teardown of the dilapidated Humanities Building.

University Housing director Jeff Novak said staff are exploring alternatives for Zoe Bayliss and committed to finding a workable solution. Students who live there were informed about UW-Madison’s long-term plans for the site beginning at least four or five years ago, he said, but he understands the reality of the situation is becoming more urgent.

UW-Madison junior and co-op president Angela Maloney lived in Zoe Bayliss her freshman year because she said she couldn’t afford the university’s dorms.

Room rates in residence halls next year begin at $6,500. Students living in dorms are also required to have a meal plan, which start at $3,800.

The co-op encourages students to connect with those outside of their class. Maloney, for example, roomed with a Ph.D. student her freshman year. A law student is living in the building this year. The dynamic exposes students to others who are at different stages of their academic careers.

“You don’t have this experience anywhere else on campus, especially at this price,” said UW-Madison sophomore Ishata Arora, who lived in a dorm her freshman year and said she struggled to make friends there.

The co-op operates primarily as an all-female housing option, though it is accepting of transgender and nonbinary individuals, too. The setup fosters a close-knit community that Maloney said will be tough to replicate elsewhere. Students share kitchen and cleaning duties. They can learn leadership skills by running for one of the officer positions. A chef hired by the co-op cooks lunch and dinner for students on weekdays.

“I’m not sure how that would work in a dorm hall,” she said.

Moving the co-op to an undergraduate dorm is one of the alternatives proposed by University Housing. Novak said staff are exploring renovation of particular floors or wings to make the space more conducive to the cooperative style of living. But those at Zoe Bayliss raised concerns that such an arrangement wouldn’t operate as a true co-op, where the group renting the facility sets the rates for individuals living there. They also said the option would be more costly for students.

Zoe Bayliss residents would pay more living in a dorm, Novak acknowledged, but their rental rate would align more closely with what other Madison housing cooperatives charge, not what dorm residents pay. That’s because co-ops cover services, such as cleaning and maintenance, that UW-Madison provides dorm residents.

Another idea University Housing has floated is remodeling space in Eagle Heights, a university-owned apartment complex where mostly graduate students live, to feel more like a co-op. Students, however, worried its location was too far from the “academic core” of campus, Novak said.

Novak said he’s even looked off campus, contacting local landlords to see if there’s a house the co-op could rent. But even in the lowest-priced housing available in Madison, he said landlords would have to charge double what UW-Madison asks the co-op to pay in order to make it work.

“I think we have been very accommodating in what we have charged for the rental rate through the years,” Novak said in an interview. “We’ve kept it lower while communicating (the building) was eventually going away. ... As we explore more options, we just ask for them to give us a little time to see what we can find for a reasonable solution here.”

Last of its kind?

The UW Center for Cooperatives was unable to confirm Zoe Bayliss is the last student housing co-op left in Wisconsin. Of the 49 housing cooperatives listed in the center’s database, just one other co-op appeared to cater exclusively to students. The Babcock House is another UW-Madison co-op, housing about two dozen students.

Thirty of Wisconsin’s housing co-ops are located in Madison, and Skye Gia Garcia, a community organizer who lives in one of them, said Zoe Bayliss’ demise would be a loss because it offers a safe home and a culture focused on well-being.

About 34 students live in Zoe Bayliss this semester, though there’s room for about 45 students, Maloney said. Typically half of the house returns each year.

“We’re hopeful,” Maloney said of the co-op’s conversations with UW-Madison. “We’re not trying to be uncooperative, but we also didn’t ask to be displaced. If the university is making this choice, they should replace what they have displaced us from.”

Maloney and others in the house suggested UW-Madison offer a stand-alone building or funding to buy a house so Zoe Bayliss can continue operating the way it has for nearly 70 years.

“I don’t know if we can replicate every aspect of cooperative living,” Novak said in response to their ask. “But I feel confident we can get to a place that is reasonably amenable to all.”

Editor's note: This story has been updated to correct the number of student housing cooperatives left on campus and in Wisconsin.

The Zoe Bayliss Women's Cooperative, whose building will be demolished next year, rejected UW-Madison's offer to lease space in a dorm.

Being back on campus auditing courses this semester reminded Dawn Proctor over and over again of the missed opportunity. 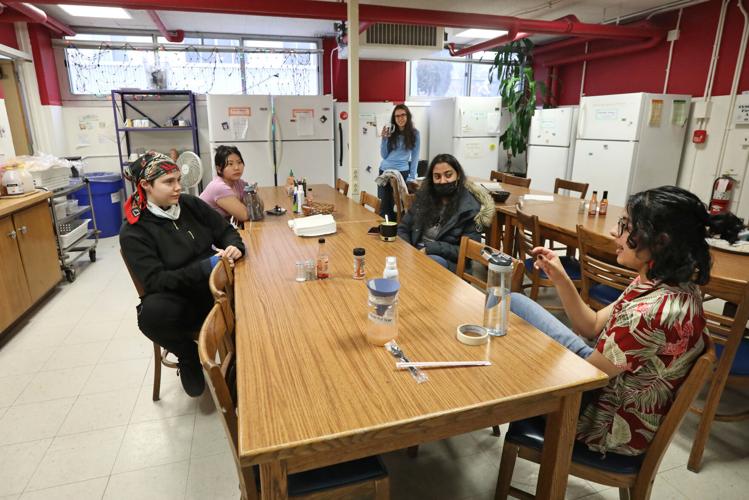 Residents at the Zoe Bayliss Women’s Cooperative, a student housing co-op on the UW-Madison campus, chat after sharing a meal together. From left are: Melissa Schmidt-Landin, a third-year graduate student from Baldwin; Kyi Khaing, a junior from Myanmar; Bernadette Maurice, a junior from Oregon; Isha Srivastava, a freshman from Saudi Arabia; and Ishita Arora, a sophomore from Carver, Minn. 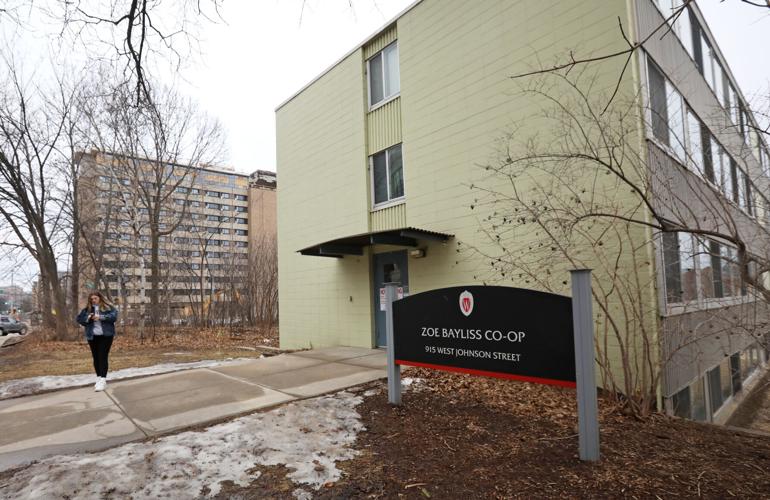 The UW-Madison-owned building that the Zoe Bayliss cooperative leases annually is slated for demolition in 2023. 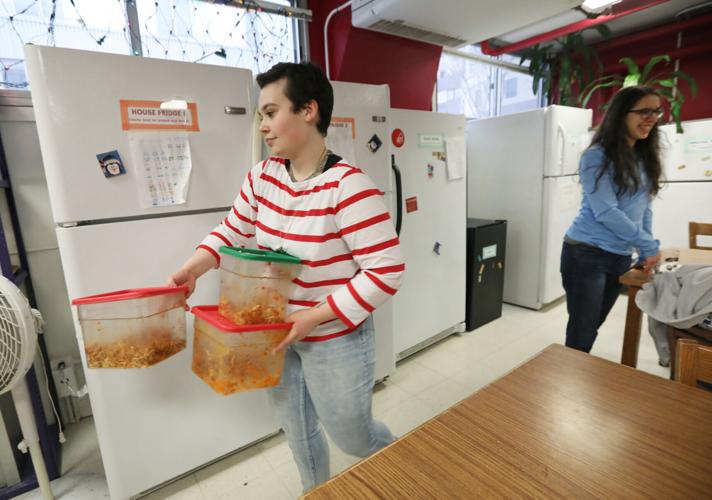 Molly Nortman, a first-year graduate student from Beaver Dam, cleans out the fridge in the dining and kitchen area at Zoe Bayliss. Co-op residents are responsible for one hour of kitchen duty per week. 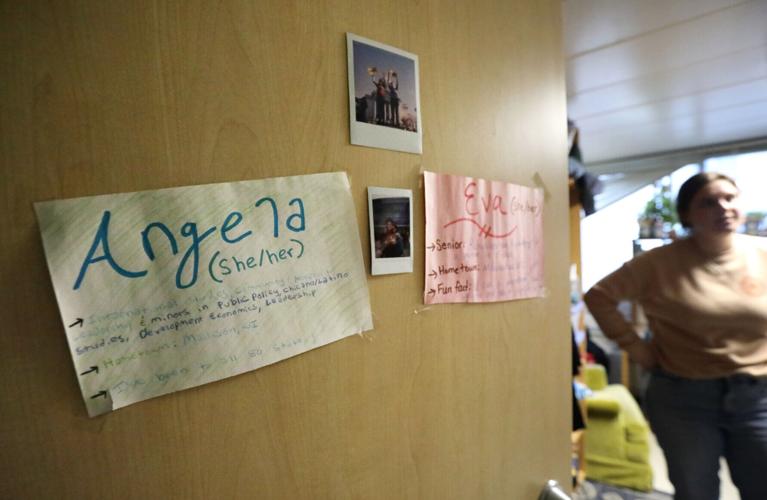 "People feel a sense of ownership," co-op president Angela Maloney said about the democratic way in which the cooperative runs. 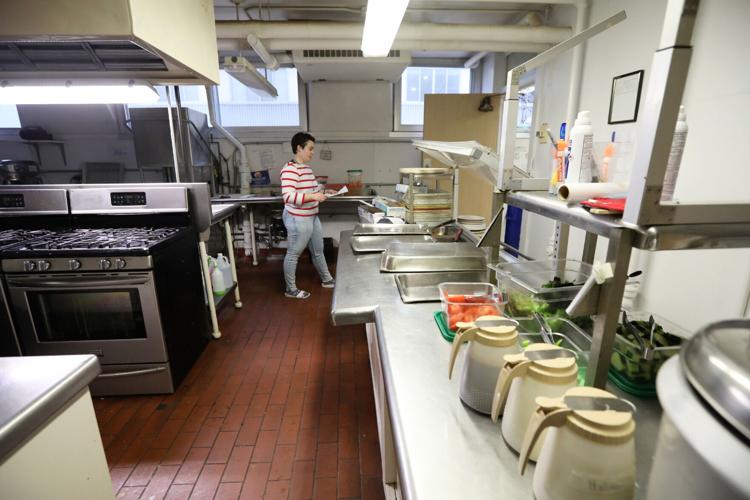 The Zoe Bayliss co-op has a commercial kitchen, which may be tough to keep if the cooperative moves to the floor or wing of a dorm. 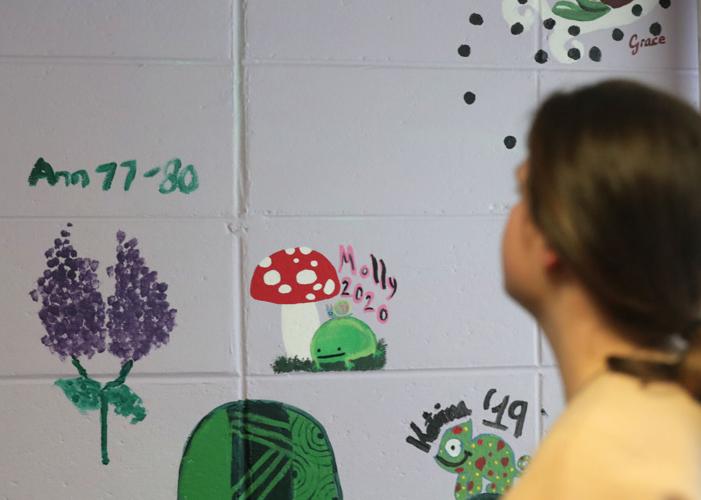 Angela Maloney, a junior from Madison and president of the Zoe Bayliss Women's Cooperative, examines paintings on the wall left behind by former residents of the cooperative that began in 1955.