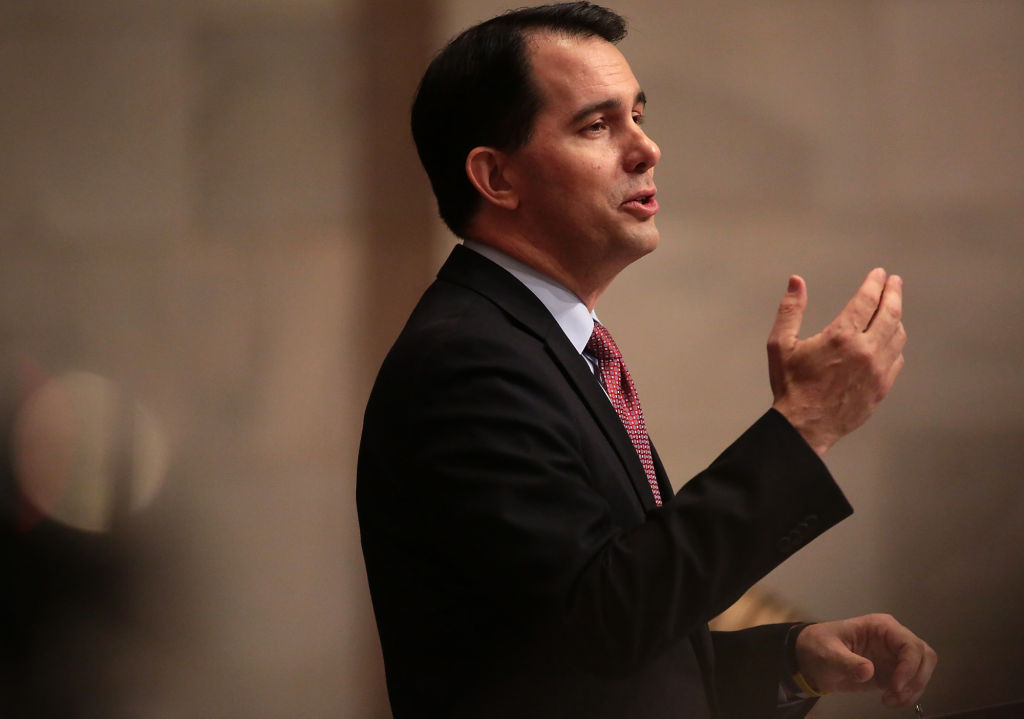 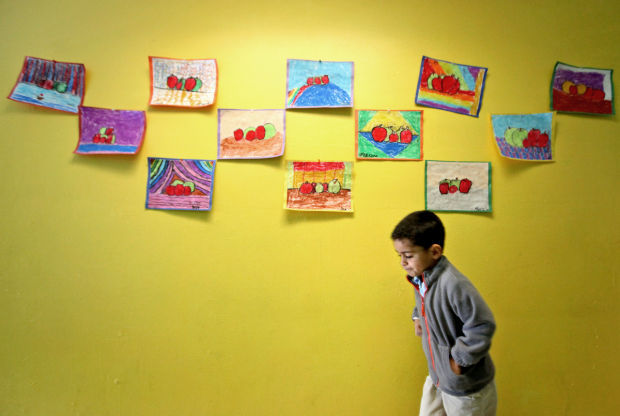 An unlimited number of Wisconsin students could use taxpayer dollars to attend private schools in the statewide voucher program, under Gov. Scott Walker’s proposed two-year budget.

Walker would also start paying for the program with money that otherwise would go to public schools.

In addition to eliminating the 1,000-student cap in the statewide voucher program, Walker’s proposed 2015-17 budget would create a new statewide board to authorize new charter schools.

The governor also offers his own school accountability proposal and calls for a ban on the use of the Smarter Balanced exams, which are tied to the Common Core State Standards and scheduled to be given to students in grades 3-8 starting next month.

While state school districts can choose which academic standards to use, federal testing requirements often lead them to adopt the state’s standards. Smarter Balanced exams are costlier than the state expected, but other state tests aligned to the Common Core that Walker would continue to fund also are more expensive than anticipated.

Funding for public schools would remain largely flat, and revenue limits for school districts remain unchanged in the proposal. Walkers calls for a $105.6 million school levy tax credit for each of the budget’s years and a $108.1 million increase in general equalization aid in 2016-17.

“(To) hear essentially public schools will for the most part be receiving no more money, but clearly their expenses go up every year, that is not a good deal,” said state schools Superintendent Tony Evers.

Walker also called for new school report cards to include letter grades for schools and a weighting system that takes into account a school’s student poverty level, students’ disabilities, and number of years a student has attended that school. He also calls for giving school districts an option of tests to take that would be used in the school’s report card grade. The proposal joins dueling pieces of legislation also addressing school accountability in the Senate and Assembly.

Evers said using results of multiple tests in the state’s accountability system will diminish the transparency of the schools’ report cards.

In explaining his proposed changes to school accountability in a brief on the budget, Walker wrote “most accountability proposals have focused on state oversight and decrees.”

“Instead, school accountability measures should result in simple yet comprehensive information that helps parents make education decisions, not increased bureaucracy,” the brief said.

The state has three separate voucher systems — in Milwaukee, Racine and a statewide program capped at 1,000 students. Walker’s proposal would fold Racine’s program into the statewide program while lifting the cap on enrollment and number of schools.

Eligible families are those who earn up to 185 percent of the federal poverty level. The funding model would change and come directly from public schools’ state aid, by pooling together the aid payment school districts receive for each student leaving with a voucher, and distributing it equally among all voucher schools.

Jim Bender, president of School Choice Wisconsin, said the governor’s proposal enables the “large number of parents and schools” that want to get into the statewide program but questioned the funding levels.

The governor’s proposal also calls for $4 million in 2016-17 to create an appointed state board that would oversee the approval of new independent charter school authorizers, including nonprofit organizations. The board would consist of the state superintendent and 10 other political appointees, including two from the governor, six from the Legislature and two from the state superintendent.

Editor's note: This story has been changed to reflect the accurate eligibility requirements for students receiving vouchers under the statewide program.

The Madison School Board discussed the 2015-16 budget Monday.

Under a plan in Scott Walker's 2015-17 proposed budget, a state board attached to the Department of Public Instruction would be created to approve charter school authorizers.

Superintendents of Dane County area school districts are appealing to Gov. Scott Walker and legislators to back off education proposals made r…

Creep factor: Who should be able to request information about school children?

A Wisconsin public school student's name and address — and in some cases their height, weight and photo — can be released to anyone who asks for it under current state law, unless parents or school boards intervene.

The Madison Catholic Diocese cited a proposed change to the funding formula for the voucher system as a reason not to participate.

Chris Rickert: Madison loath to admit that vouchers have an 'educational purpose'

It seems unlikely that any voucher school is forcing 8-year-olds into sweatshops or flogging them for chewing gum in class.

Full-service schools, which integrate community services like health care, tutoring and access to food into school sites, are proposed in Madison.

Even as voucher availability has expanded, public schools remain the overwhelming choice of parents.

72 percent of students in the statewide program were previously attending private schools.

Paul Farrow sent a letter to the state superintendent Wednesday making the request.

He also is skeptical of state-imposed sanctions.

Gov. Scott Walker's executive budget would cut $15 million from the state's popular SeniorCare program over the next two years.