Nate Perry knew he would have troubling finding enough teachers this year to staff his small school district south of Madison.

At just 900 students, the Belleville School District struggles to attract and retain teachers in a normal year. Now add in the COVID-19 pandemic and the related mass workforce exodus known as the Great Resignation.

So Perry picked up the phone.

“We have cold-called a lot more candidates more recently than we’ve ever had to do before,” Perry said.

He estimated that the teacher candidate pool has shrunk 25% to 50% compared with over a decade ago, when he began to help with the hiring process as a school building administrator. And, in the past year, the COVID-19 pandemic has accelerated shrinkage of that pool across Wisconsin as the number of teacher retirements mounts — causing districts to scramble, often at the last minute, to fill vacant positions.

“We’re really having a difficult time (with staffing)” in his district of roughly 2,500 students, he said.

“We know that those who are coming up in Generation X or Millennials, they aren’t finding a calling to public education,” Salerno said. “When you have the largest group in recent history of our workforce getting ready to retire or retiring and not having the talent in the pipeline, that’s really disconcerting.”

Teacher retirements expected to keep adding up in Wisconsin

The candidate pool shrinkage began prior to the pandemic, with the passage of 2011 Act 10, a Republican law that crippled the power of public sector unions in Wisconsin, Salerno, Perry and local teachers union, Madison Teachers Inc., all said.

Salerno was an assistant superintendent for human resources in La Crosse when Act 10 was passed and before then, he said, it would have been nothing to expect 400 or 500 people to apply for one third- or fourth-grade position in his district. In recent years, he estimated that same position would receive about 40 to 50 applicants.

10 years later: Wisconsin's Act 10 has produced labor savings, but at a cost

And for more specialized educator positions, that number shrinks even more. In the McFarland School District, with an enrollment of roughly 2,400 students, building administrators have had difficulty finding candidates for specialized positions, such as technology education, Superintendent Wayne Anderson said. Belleville principals Kelsey Schmit and Heather Schmitz noted that special education positions and open teaching positions for the middle and high schools are difficult to fill as well.

Both Salerno and Perry also pointed to the flat revenue limit for public school funding set by legislators in the biennial budget as another cause for struggle when trying to attract new teachers into the workforce. Without an increase in the limit, they said, they’re unable to raise salaries for teachers to attract and retain their workforce.

Legislative Republicans had defended the flat revenue limit in the budget by noting K-12 schools are receiving billions of dollars in federal COVID relief aid, known as Elementary and Secondary School Emergency Relief, or ESSER funds. However, that aid is one-time funds meant to be used to combat the effects of the pandemic on public education, not for reoccurring expenses such as salary increases for teachers or other staff.

“For us there’s really been no new money in 10 years. We’re still working on the same budget from 2011 as the cost of gas, utilities, groceries, cost of living has increased,” Perry said.

Sometimes those stagnant wages cause teachers to explore other options in another, larger district that might be better positioned to pay them a higher salary, he said.

“We need to begin thinking about how we’re going to be doing less with less, and I never thought I’d have to say that as a public education advocate but that’s kind of where we’re going right now,” Salerno said.

Efforts to boost the workforce

A number of Dane County school districts have implemented creative ways to attract new teachers into the workforce, including partnerships with colleges and universities and tuition reimbursement for new teachers.

Universities are also exploring new ways of inspiring younger generations to enter the teaching field. UW-Stout recently launched a pilot program called Teach Day, which offers high school students the opportunity to visit the campus to shadow current college students who major in education in hopes of inspiring the high schoolers to pursue the same path.

The Wisconsin Department of Public Instruction also offers programs aimed at alleviating the educator shortage such as a paid teaching internship that can replace the often unpaid student teaching requirement for new educators — something Perry said benefits both school districts as well as future teachers. A teacher intern works 50% of a full-time schedule in a district and is mentored by a licensed teacher for the other half of their full-time schedule.

The Verona Area School District is exploring options such as emergency licensure, sign-on and referral bonuses, and stronger relationships with universities for student teachers among others, said Rachelle Hady, the district’s director of human resources.

With the help of teacher attraction and retention initiatives, there could be a bright side around the corner and in spite of it all, Salerno remains hopeful – while there has been a decrease in number of applicants for an open position, there has been an increase in quality of those applicants, he said.

"It was bad before the pandemic but we had ways of doing things and we were meeting out commitments... when the pandemic hit, we went from 100 mph to zero."

Southern Wisconsin’s nearly snowless 2021-22 season ended with the first snowstorm of the year overnight Sunday into Monday and the next will follow on Tuesday, according to forecasters.

'This is the breaking point': Staffing struggles plague schools across Wisconsin

School districts across the state are experiencing extreme staffing difficulties, as the highly transmissible omicron variant causes absences to skyrocket and the pool of available substitute teachers to shrink.

The U.S. Equal Employment Opportunity Commission filed a lawsuit against the Verona School District Tuesday for paying male staff members more than a group of female staff members, according to a complaint filed by the federal office. 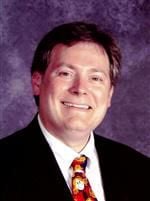 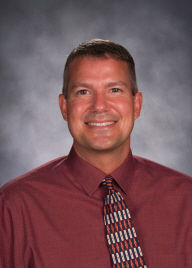