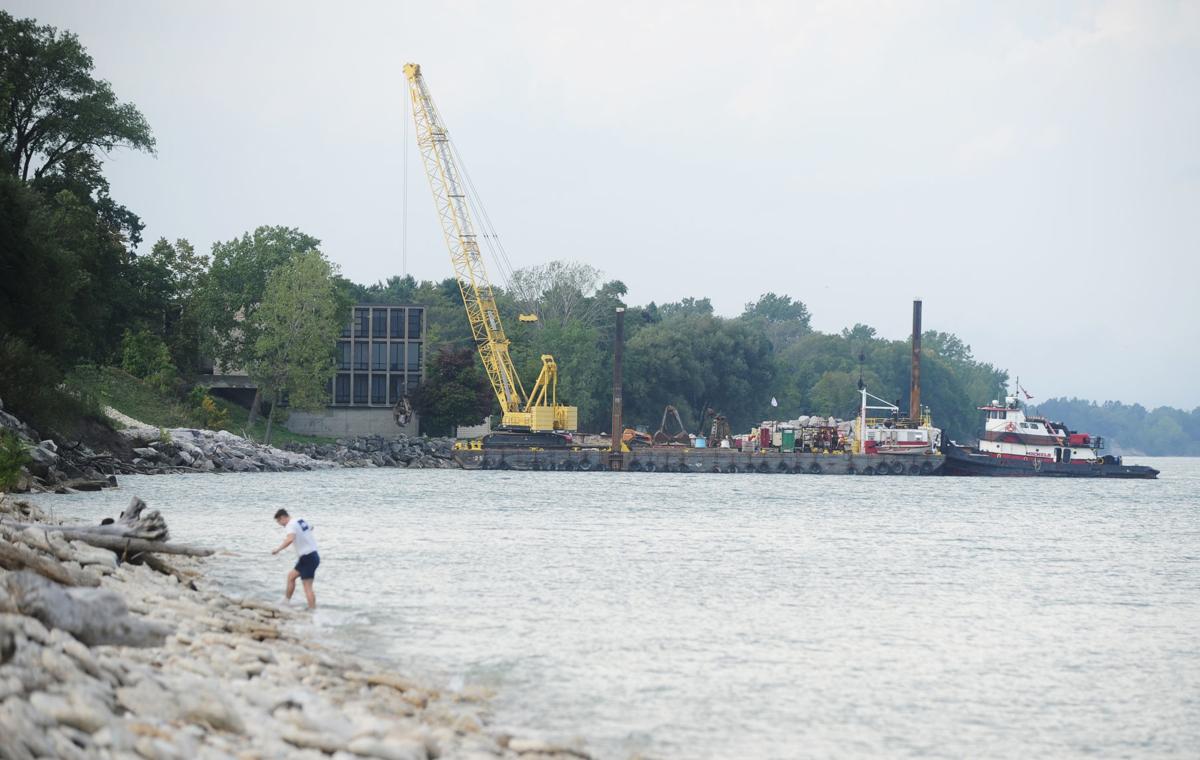 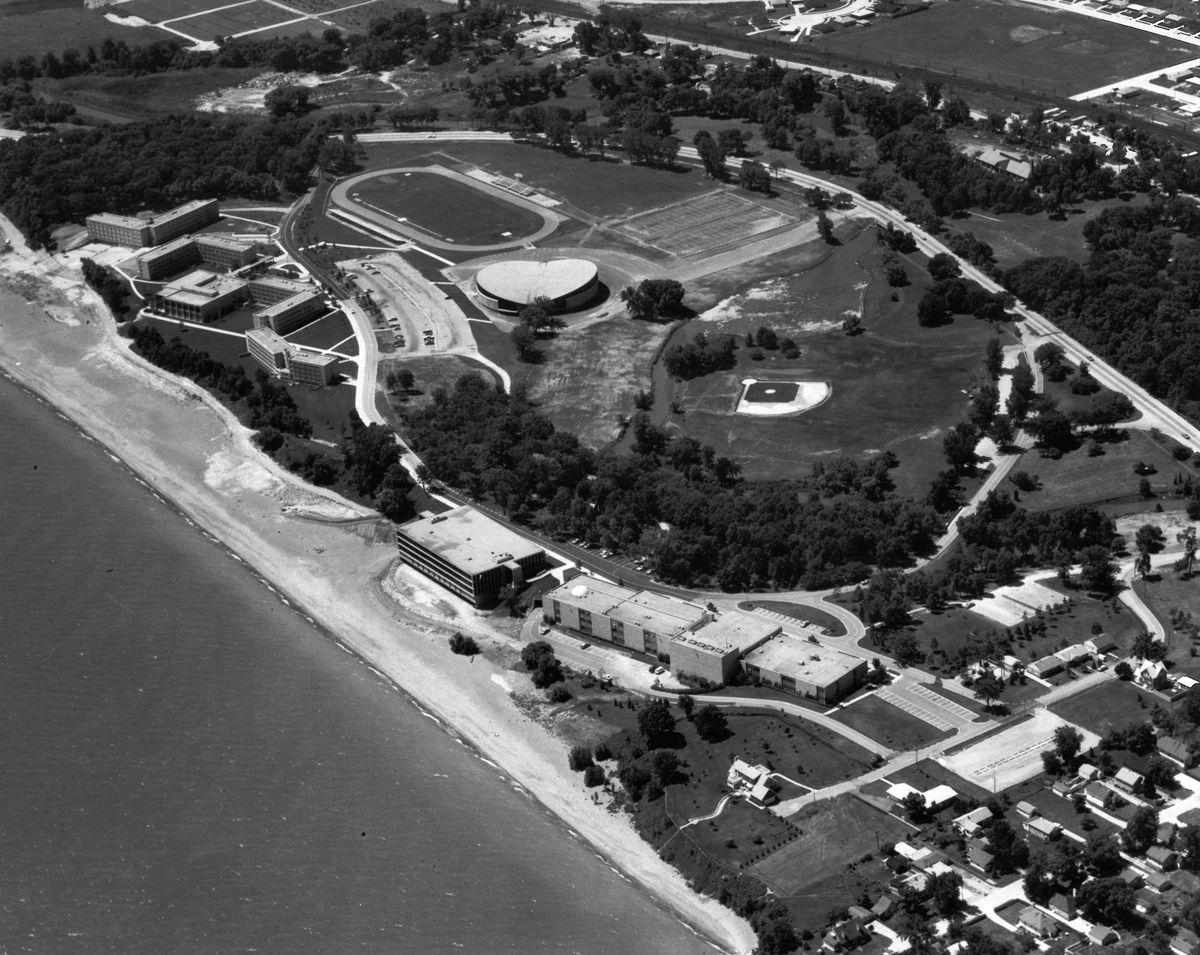 This photo of Carthage College, taken in 1966, shows a significant beach, which has now been mostly consumed by Lake Michigan. 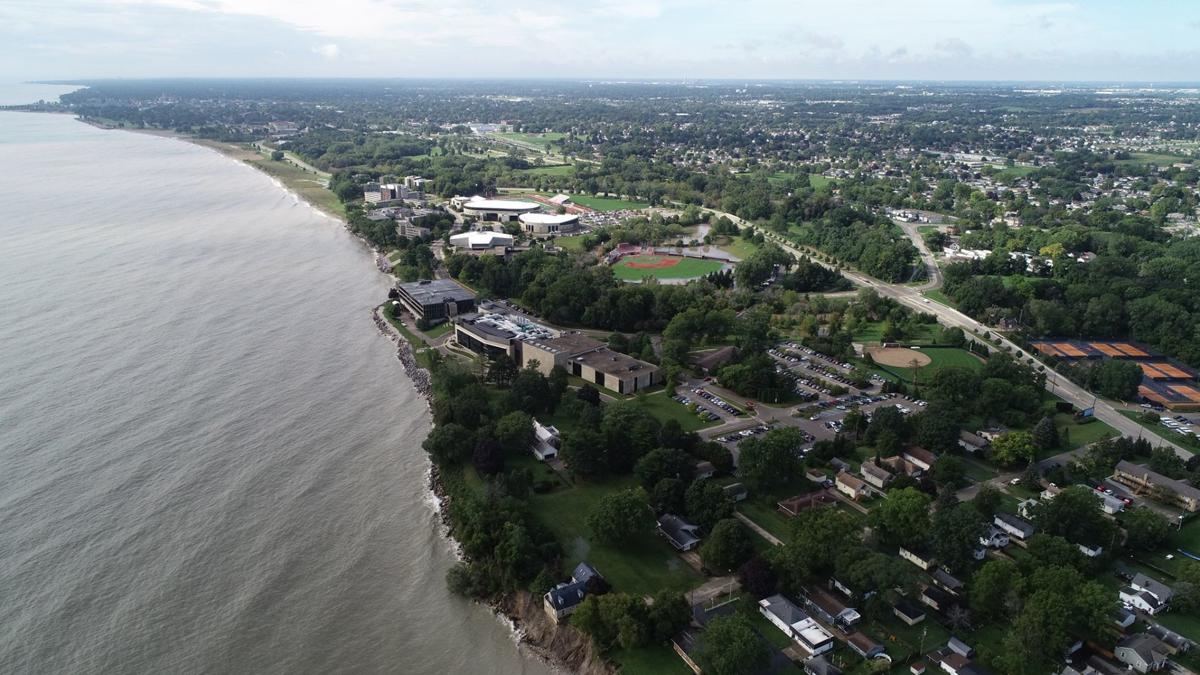 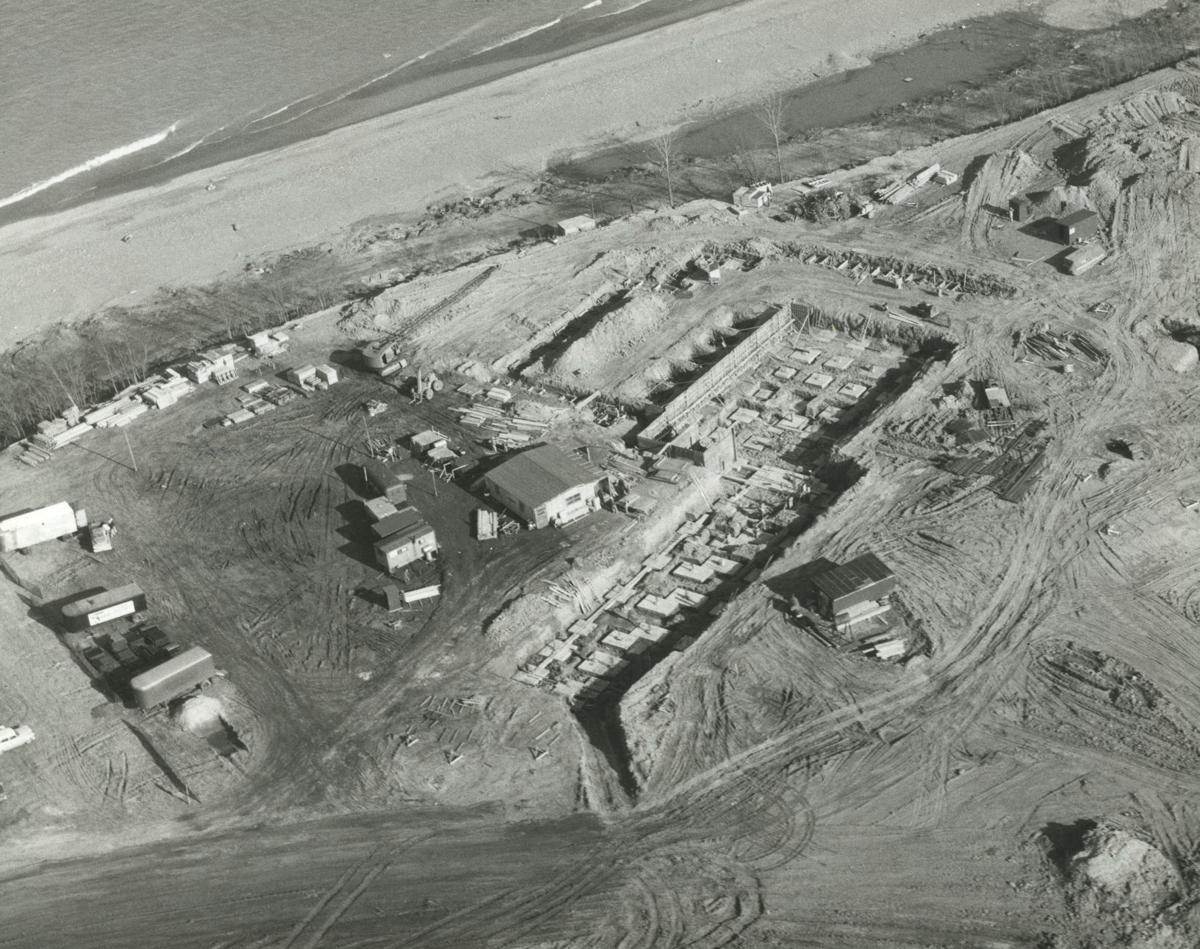 This photo shows work underway on the then-new Carthage College in the 1950s. Note the expansive beachfront, which now is mostly gone.

KENOSHA — There aren’t many college campuses in the country — much less the Midwest — that can offer breathtaking sunrises, crashing waves and sandy beaches.

Carthage College is one of them.

“It’s a great asset,” Carthage President John R. Swallow said. “It’s part of the reason the institution was so excited to move to Kenosha.”

While no one will ever confuse Pennoyer Park with Laguna Beach, the Carthage College Board of Trustees voted unanimously in 1957 to relocate the school from landlocked Carthage, Ill., to two-thirds of a mile of beachfront property along the Lake Michigan shoreline.

For decades, students would stroll along the beach between classes before Arctic-like conditions arrived each winter.

There are still breathtaking sunrises and no shortage of waves on the Carthage campus.

The beach, however, has vastly disappeared.

According to the National Weather Service, it takes 2.3 trillion gallons of water to raise Lake Michigan by half a foot. Lake Michigan has risen nearly 1 foot per year since 2013, putting water levels at their highest mark in over three decades.

If there’s a beach at Carthage, it’s primarily underwater.

Taking necessary measures to make sure its campus isn’t next, Carthage officials recently hired a Milwaukee-area revetment company to reinforce the school’s shoreline.

The cost of the six-week project was described as “substantial,” according to Swallow.

Protection from the lake

Carthage students and staff have noticed a large barge and crane on the water, installing new granite and quartz boulders as well as repositioning old stones that are submerged.

“We’ve had unprecedented erosion because of the rise of Lake Michigan,” Swallow said. “I believe there was a significant amount of work done decades ago.

This is the beginning of another wave, and we’ll probably have to continue doing this, just as the city (of Kenosha) does, to protect us from the lakefront.”

In 2013, the center of campus had about 50 feet of beach. The only beach remaining is a small section near The Tower Residence Hall, just past the school’s sand volleyball courts.

Lentz Hall, one of the oldest buildings on campus, received a major renovation in 2005 with a new entryway, stairs, landscaping and Lannon stone facing. It’s basement is now below the water line.

“There are four or five areas where we need to add stone,” Fares said. “Over the last four or five years, we’ve lost a lot of them because the lake has gone up 5 feet. Some of the shore is still standing pretty good. Some of it is in dire (condition).”

In addition to its lakefront shoreline, Carthage also has the Pike River running through its campus. Recent heavy rainfall flooded parts of school, creating a second swimming pool at the Tarble Athletic and Recreation Center. There was nearly a foot of water in the building’s basement, according to Fares.

Sand bags were needed to prevent flooding in other areas of the campus. Augie Schmidt Field, the school’s baseball diamond, was partially underwater for a time. Additional rainfall flooded a campus parking lot.

“Right now, we’re dealing with a pretty bad situation at the TARC,” Fares said. “We had a lot of water come in right through the door. The sump pumps could not keep up. There was more water coming in than going out.”

The UW Board of Regents will choose between a Milwaukee law firm CEO and one of its own chancellors to be the next president of the UW System.

The new, temporary policy will provide district employees, who are already eligible for sick leave, with five days of COVID-19-specific sick leave and two mental health days for a total of seven additional days, which will not accrue, rollover or be paid out upon separation.

DPI, DHS: Quarantine can be shortened from 10 to 5 days for those who test positive for COVID-19

A letter sent by Wisconsin Chief Medical Officer Dr. Ryan Westergaard and Wisconsin State Health Officer Paula Tran to all district and school administrators in the state addressed the current surge in COVID-19 cases and included updated quarantine guidelines for district to follow.

Watch now: A charter school with all-day outdoor education in the middle of winter

The Kickapoo Valley Forest School is in its first year with plans to expand beyond 4K and 5K students.

UW-Madison is encouraging students and staff to report if they have been boosted off-campus to get a better picture of booster status across the university.

Two bills together would add about $22.6 million to the System's budget — nearly three times more than what campuses received in funding increases in the most recent state budget.

Three GOP appointees to the tech college board whose terms have expired are refusing to step down until their replacement is confirmed.

As Madison schools resume in-person instruction Monday, the Boys & Girls Club is seeking to raise about $200,000 to provide Dane County teachers, students and school staff with the better-fitting masks.

This photo of Carthage College, taken in 1966, shows a significant beach, which has now been mostly consumed by Lake Michigan.

This photo shows work underway on the then-new Carthage College in the 1950s. Note the expansive beachfront, which now is mostly gone.