Madison traffic camera footage obtained by the Wisconsin State Journal shows Quadren Wilson’s bullet-riddled car wedged between unmarked police vehicles as officers swarm the scene after he was shot Thursday by law enforcement on the Far East Side.

The video shows the immediate aftermath of the shooting at the intersection of American Parkway and Eastpark Boulevard just before 8:20 a.m., including Wilson being taken from the scene by paramedics some 15 minutes after he was shot and a massive law enforcement presence that includes officers with the Department of Justice’s Division of Criminal Investigation, Madison police and Wisconsin State Patrol.

Wilson’s family has contended Wilson, who is Black, was shot five times in the back by white DCI agents. The video obtained by the State Journal doesn’t show that, as the traffic camera was pointed away from the scene at the time of the shooting. But shortly afterward, a remote operator turns the camera to focus on the scene as law enforcement descends. The camera did not record at a consistent rate, which has created jump cuts in the video.

“From watching the video, everything he told me all checked out,” said Mane Morris, Wilson’s brother. “It hurts me and my family sick to watch this video.”

All of the windows in Wilson’s vehicle appear to have been shot or broken out, and shell casings and broken glass litter the ground as plainclothes officers inspect the vehicle. The vehicle had been rammed from the front by a gray Ford F150 and from the rear by a red Ram 500 pickup truck.

“I’m shocked by the violence, by the magnitude of the police presence,” said Steve Eisenberg, an attorney who is representing Wilson. “The only time I’ve ever seen a smash and barricade is in the movies. Certainly not in Madison, Wisconsin.”

Wilson went into surgery for his wounds at UW Hospital on Friday evening, his family said. He was transferred to the Dane County Jail Saturday afternoon, where he is being held on a probation violation, according to jail records. Wilson is in medical isolation at the jail, his family has said.

“The family’s concerned about the level of treatment he’s getting in jail,” Eisenberg said. “I assume they’re trying to care for him the best they can. However, there’s no way he could get the kind of care for these injuries that he could in a private setting.”

Wilson, 38, of Beaver Dam, was wanted on a state Department of Corrections warrant, the Dane County Sheriff’s Office said Friday. He has an open disorderly conduct case and several other criminal convictions for which he has served sentences, but it’s unclear whether those are related to the warrant.

Though police shootings are typically investigated by the Department of Justice, the department’s involvement in the incident has prompted the Sheriff’s Office to investigate.

Neither the Sheriff’s Office nor the Department of Justice responded to a request for comment on the video late Tuesday evening.

Officers with the Madison Police Department were not involved in the shooting and didn’t even see it, but were “assisting in the outer perimeter of the DCI investigation,” police spokesperson Stephanie Fryer said Monday. In the video, Madison police officers can be seen arriving at the scene within minutes of Wilson getting shot.

Wilson is a cousin of Tony Robinson, a 19-year-old Black man who was killed by a white Madison police officer in 2015. Members of the family held a protest Sunday evening on the steps of the Williamson Street apartment where Robinson was killed by officer Matt Kenny.

In the video showing the aftermath of Wilson’s shooting, additional unmarked police vehicles can be seen arriving at the scene at 8:17 a.m. Once the camera turns to the scene, seven unmarked vehicles have taken over the roadway as over a dozen members of law enforcement walk around the scene.

Wilson is then removed from the vehicle via the passenger-side door on a stretcher by paramedics.

Man charged in shooting outside Milwaukee high school that injured 5, stemmed from "stupid dispute' on Facebook

The suspect in a shooting that injured five people, including four teens, outside a Milwaukee high school was charged with six felonies Tuesday.

A robber pulled a gun when confronted while leaving a Southeast Side store on Tuesday night, Madison police reported.

Ex-Sun Prairie electrical contractor gets 18 months in federal prison for not paying $622,702 in taxes

A former Sun Prairie electrical contractor pled guilty and was sentenced Tuesday to 18 months in federal prison for not paying $622,702 in taxes.

A driver was arrested after a hit-and-run crash on the North Side on Tuesday afternoon that injured his passenger, Madison police reported.

A Fitchburg man drove off from a traffic stop early Wednesday, crashed his vehicle, then fled on foot, before being arrested, UW-Madison police reported.

The Department of Justice did not respond to questions Wednesday on how and under what circumstances its agents typically conduct arrests.

Wilson is Black; his family says the DOJ Division of Criminal Investigation agents who shot him are white.

Quadren Wilson returned to hospital, could go into surgery for infection, lawyer says

Wilson's family has for weeks demanded he be returned to the hospital for better treatment after he was shot by two Division of Criminal Investigation agents in early February.

Quadren Wilson back in Dane County Jail after making it through another surgery, lawyer says

Quadren Wilson has now gone through two surgeries after state agents shot him in the back in February while he was unarmed.

"In the end, this case ultimately turns on one question — what happened between Robinson and Kenny in the stairwell on March 6."

Leaks in Russian pipelines may be 'sabotage'

Leaks in Russian pipelines may be 'sabotage' 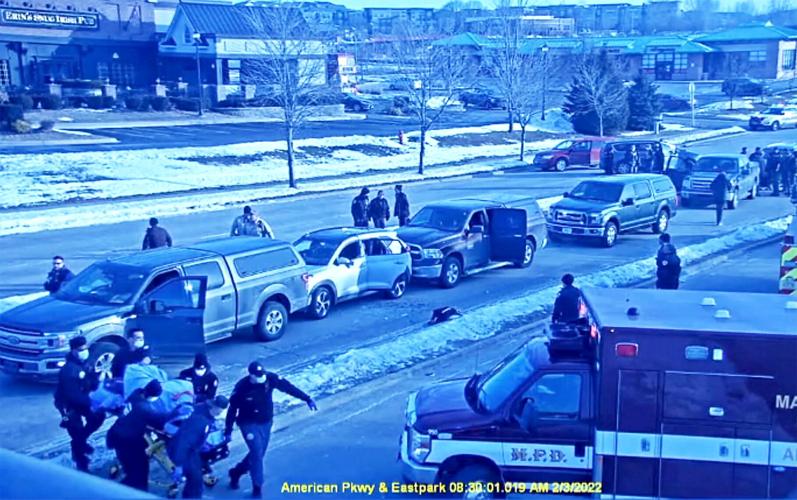 Quadren Wilson is wheeled to a waiting ambulance after he was shot by police Thursday in this image taken from a Madison traffic camera. 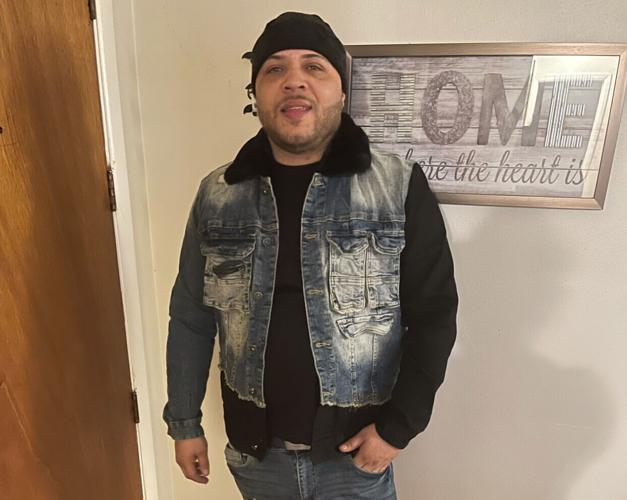