Ezra McCandless was sentenced Friday to life in prison with the possibility to petition for extended supervision after 50 years.

Dunn County Judge James Peterson delivered the sentence after hearing victim statements and presentations from the prosecution and defense.

McCandless, 22, of Stanley, was found guilty in November of first-degree intentional homicide in the 2018 death of ex-boyfriend Alexander Woodworth, 24.

Authorities found Woodworth dead in a vehicle in the town of Spring Brook on March 23, 2018. Investigation determined Woodworth had been stabbed 16 times. The defense argued it was in self defense.

The jury's verdict indicated they didn't believe the self-defense argument and found an intent to kill, Peterson said. He called it a brutal homicide and a terrible crime. McCandless did not appear remorseful during the duration of the trial, Peterson said.

If she does what she's supposed to do and follows the rules, there's still the chance to not spend the rest of her life in prison, he said.

The number of years spares Woodworth's parents  and some family from having to go through possible petition hearings. Peterson said a lesser sentence wouldn't align with the seriousness of an intentional homicide conviction.

McCandless' attorney Deja Vishny asked for mercy but not leniency. Vishny asked Peterson to allow the opportunity for another judge to look at the case in the future, asking for a chance of petition down the line. The minimum sentence would have allowed an extended supervision petition after 20 years.

McCandless has lived an exemplary life besides one day, Vishny said. She's not a serial killer or a cold person without feelings. The defense argued McCandless has shown remorse, having talked about betraying the ones she loves and not dismissing her actions, Vishny said.

The state argued no matter the length of time in prison, McCandless would be a threat to the public and its inappropriate to allow the opportunity to petition for extended supervision. Dunn County District Attorney Andrea Nodolf cited McCandless' actions after Woodworth's death, including staging the crime scene, not calling for help and lying to investigators are reasons for a lifetime sentence without the chance to petition for extended supervision.

The defense used smoke and mirrors to distract and continued to portray McCandless as the victim, Nodolf said. McCandless still maintains herself as the victim without showing any remorse, she added.

"This is a women who's blamed everyone else for her actions," Nodolf said.

With a chance to speak, McCandless apologized to the family of Woodworth, specifically his parents. She stated she understands sorry doesn't cut it and that she won't be able to find the words to express how sorry she is.

She said she loved Woodworth and also feels a great loss.

Jake Patterson will spend his life in prison for abducting Jayme Closs, killing her parents

Keonte Furdge interrupts to say, "I know, because I'm a black man and that lady right there, even though she waved at me."

The shutdown — which was widely ignored and unenforced Sunday night — is in response to a riot and looting Saturday and Sunday night.

"This was earned, not given," a spokeswoman for the Wisconsin Parole Commission said of the decision.

Firefighters arrived at the house eight minutes after it was reported on fire in the 2100 block of Seminole Highway just after 3 a.m.

The shutdown — which was widely ignored and unenforced Sunday night — is in response to a riot and looting Saturday and Sunday night.

Marv Woodworth said he talks to his grandson Alex Woodworth, pictured, every morning when he wakes up. Ezra McCandless was sentenced to life in prison, with eligibility for extended supervision after 50 years in prison in Dunn County Court on Feb. 7, 2020 with 1st degree intentional homicide for stabbing Alex Woodworth 16 times in March 2018. View more photos at LeaderTelegramPhotos.com. 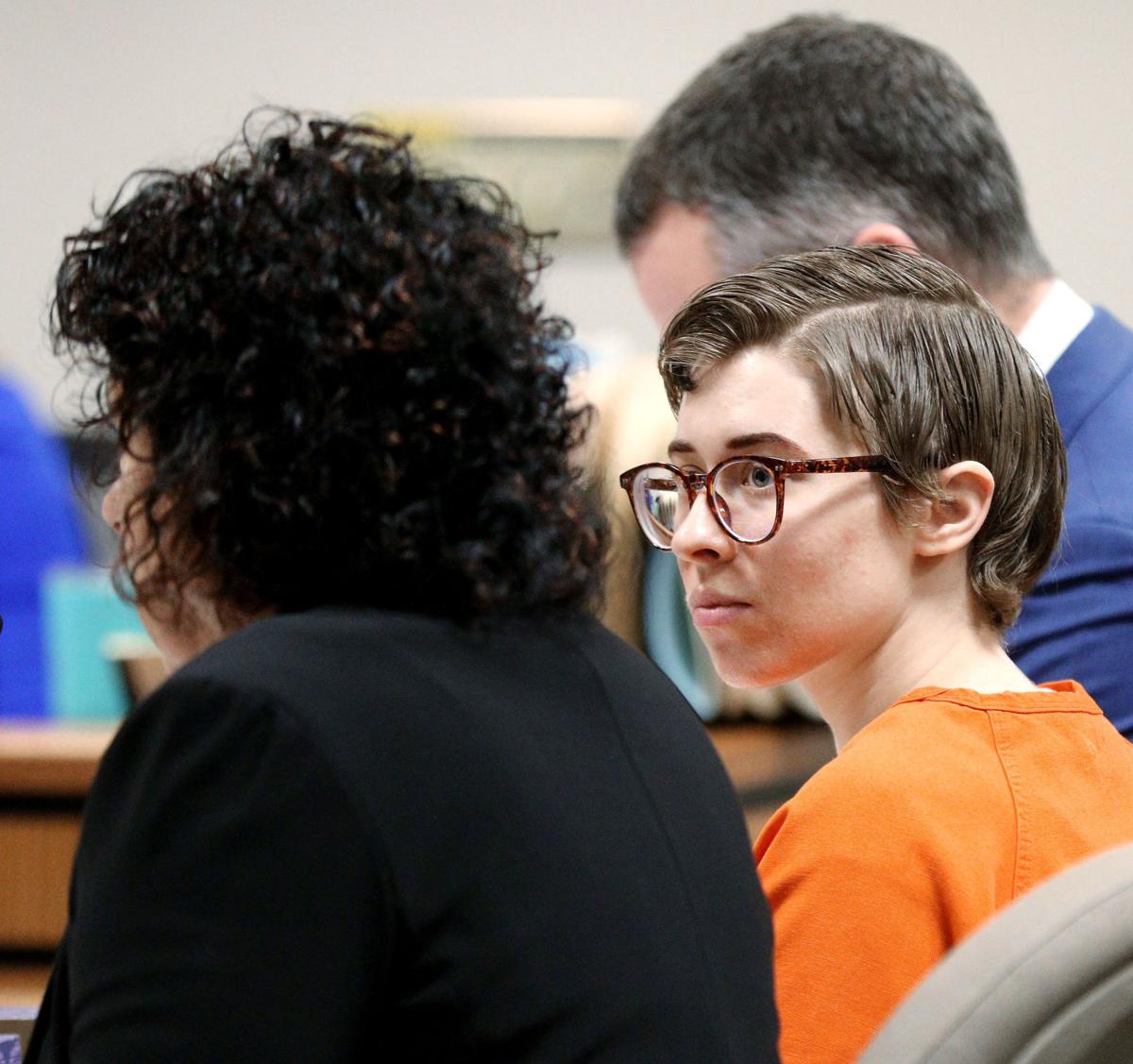 Ezra McCandless, with her attorneys, was sentenced to life in prison, with eligibility for extended supervision after 50 years in prison in Dunn County Court on Feb. 7, 2020 with 1st degree intentional homicide for stabbing Alex Woodworth 16 times in March 2018. View more photos at LeaderTelegramPhotos.com.