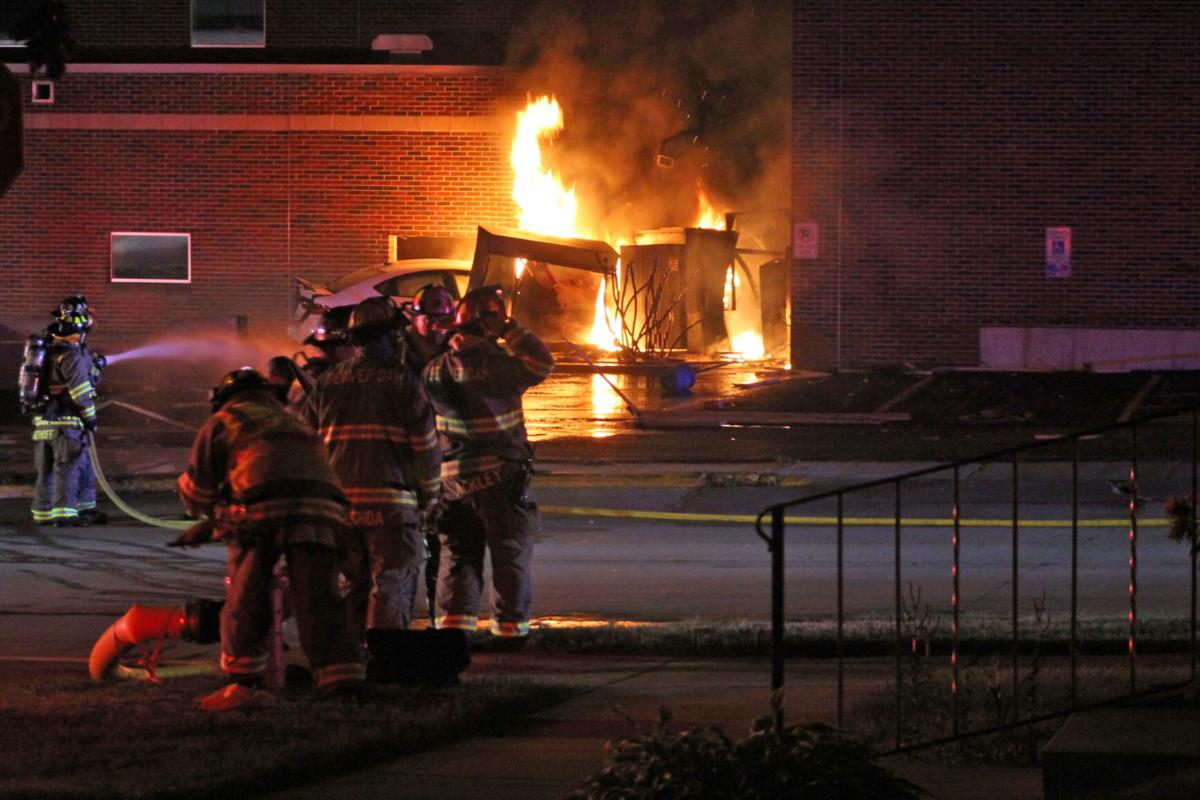 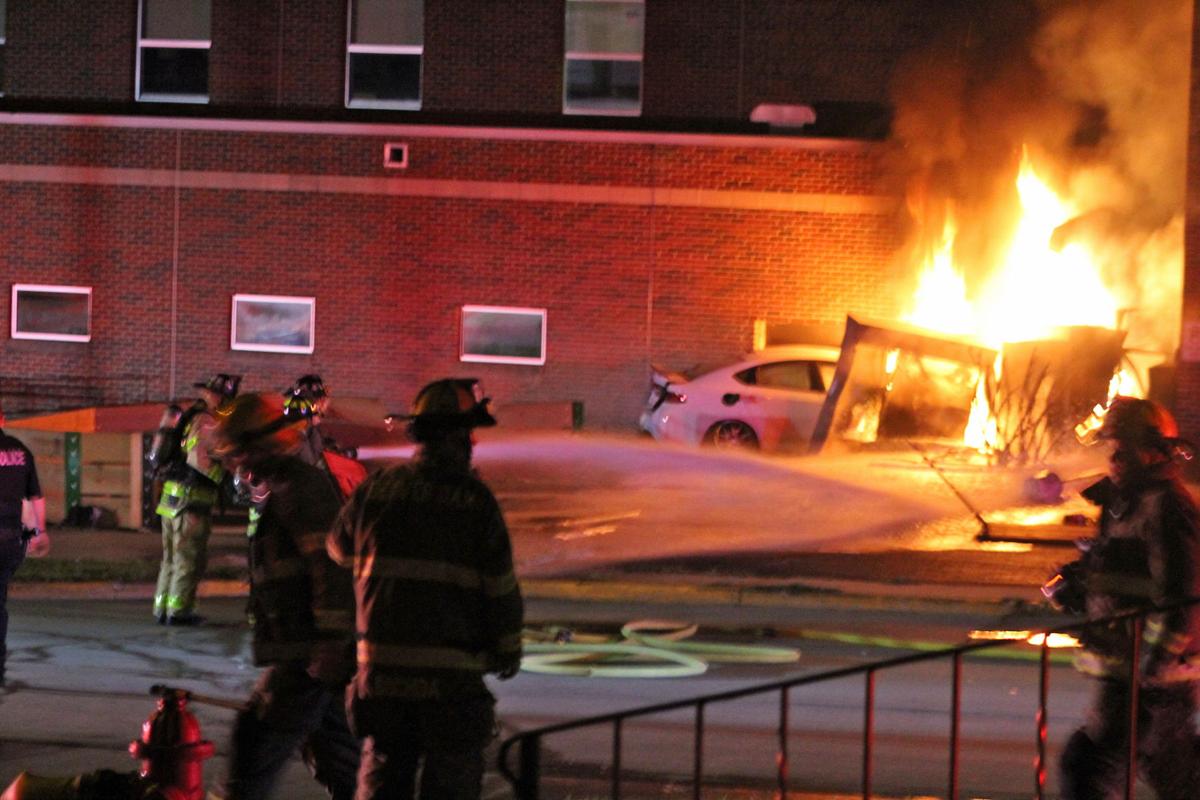 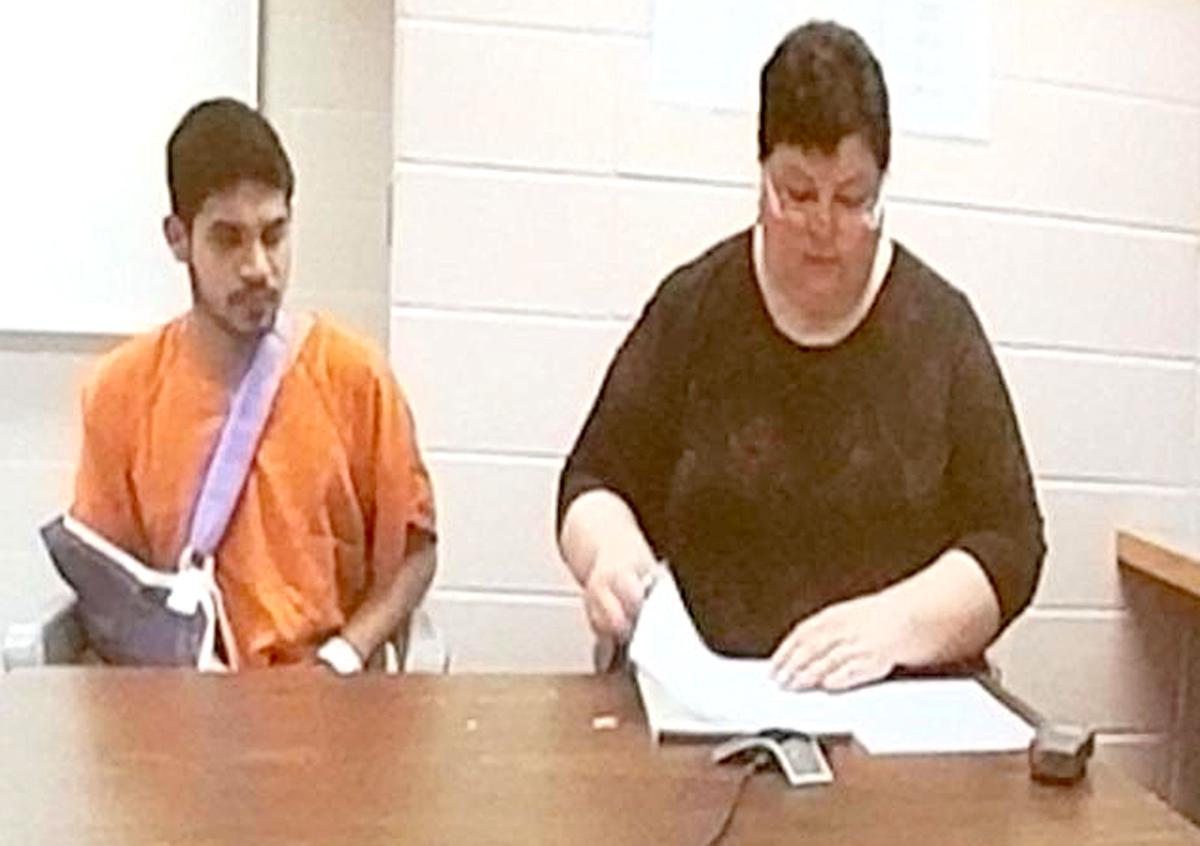 Roy Cortez appears in Dodge County Circuit Court Thursday after being charged with fleeing an officer. Cortez allegedly was the driver of a car that drove into Beaver Dam Middle School Wednesday night and caused a fire that resulted in an estimated $100,000 in damage.

JUNEAU — A 22-year-old Beaver Dam man was traveling 80 to 90 mph Wednesday night when his car smashed into Beaver Dam Middle School, causing damage estimated at $100,000 to the building, officials say.

Roy Cortez appeared Thursday in Dodge County Circuit Court charged with a felony count of fleeing or eluding an officer causing damage to property. He could face up to six years in prison and a $10,000 fine if convicted.

Dodge County Court Commissioner Steven Seim ordered Cortez held on a $10,000 cash bond. Cortez may not have any violent or abusive contact with anyone. He must maintain absolute sobriety. He may not drive a vehicle without a valid driver’s license.

Dodge County Assistant District Attorney James Sempf asked for the cash bond, saying Cortez has only been in the area a short time and spoke of Cortez’s alleged irresponsible actions Wednesday night.

Cortez did not stop when Beaver Dam police attempted to pull him over Wednesday and drove 50 to 60 mph around the streets of Beaver Dam before he crashed into the school, the prosecutor said.

“He was going 80 to 90 mph when he intentionally drove into Beaver Dam Middle School,” Sempf said. “He left a hole 30 feet wide and 7 feet tall in the building. He was also found in the car.”

Public defender Katherine Findley had asked for a $2,500 cash bond and said Cortez had been in the area for a year and has no criminal record.

Cortez appeared via video from the Dodge County Jail. He suffered non-life threatening injuries and his right arm was in a sling during his court appearance.

According to the criminal complaint, Cortez was involved in a domestic abuse situation at his home in the 800 block of North Center Street at 11:15 p.m.. A 30-year-old woman at the house said he had broken a window at the house after he was locked out of the home. The woman said he was intoxicated.

A Beaver Dam police officer noticed the white Dodge Dart that Cortez was driving traveling on North Center Street while speaking with the other resident of the home. According to the complaint, the officer followed the Dodge Dart. The vehicle did not stop after the officer put on the squad car’s light and sirens.

Around Denning and North Center streets, the Dodge Dart began increasing its speed. According to the complaint, it turned back down North Center Street, then left on Liberty Street before traveling south on Grove Street. At times the vehicle was traveling 50 to 60 mph. The officer backed off of Cortez’ vehicle and was a couple blocks behind when the vehicle struck the middle school.

“I was able to observe a large fireball as well as a flash and shortly thereafter a large thud sound emanating from ahead of my patrol vehicle,” the officer said in the criminal complaint. “As I approached the scene, I was able to observe the white Dodge Dart, which had collided with several utility items at the north wall of the Beaver Dam Middle School.

Stephanie Wiedenhoeft, who lives on Grove Street, said earlier in the day that she heard the crash and came out of her house to see what had happened.

“The police were surprisingly calm,” Wiedenhoeft said. “They acted quickly and calmly in a high-stakes situation.”

The crowd retreated as the flames shot up and there were fears of an explosion, but the Beaver Dam Fire Department arrived and quickly took control of the fire.

According to the criminal complaint, Cortez had a large laceration on the back of his left arm.

At this point, officials say they are not anticipating that the immediate repairs needed will affect the start of school on Sept. 3.

A fiery car crash into the school on Wednesday night left damage estimated at more than $100,000, and the school will be closed until further notice as clean-up efforts continue.

A plea hearing is scheduled Dec. 2 for a 22-year-old Beaver Dam man who is accused of driving a car into Beaver Dam Middle School last summer and causing $2 million in damage to the school.

Roy Cortez pleaded no contest to a felony charge of fleeing or eluding an officer causing damage to property, and could face up to six years in prison and a $10,000 fine.

Roy Cortez appears in Dodge County Circuit Court Thursday after being charged with fleeing an officer. Cortez allegedly was the driver of a car that drove into Beaver Dam Middle School Wednesday night and caused a fire that resulted in an estimated $100,000 in damage. 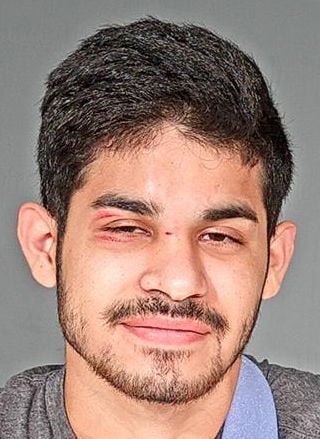