Militia members face gun charges, alleged to have come to Kenosha "to pick people off"
0 Comments
Share this
1 of 4 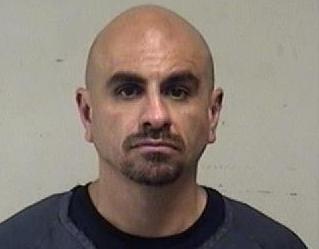 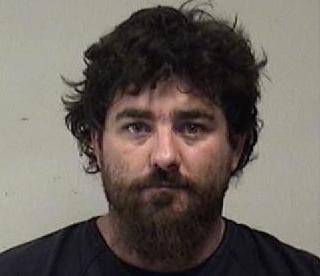 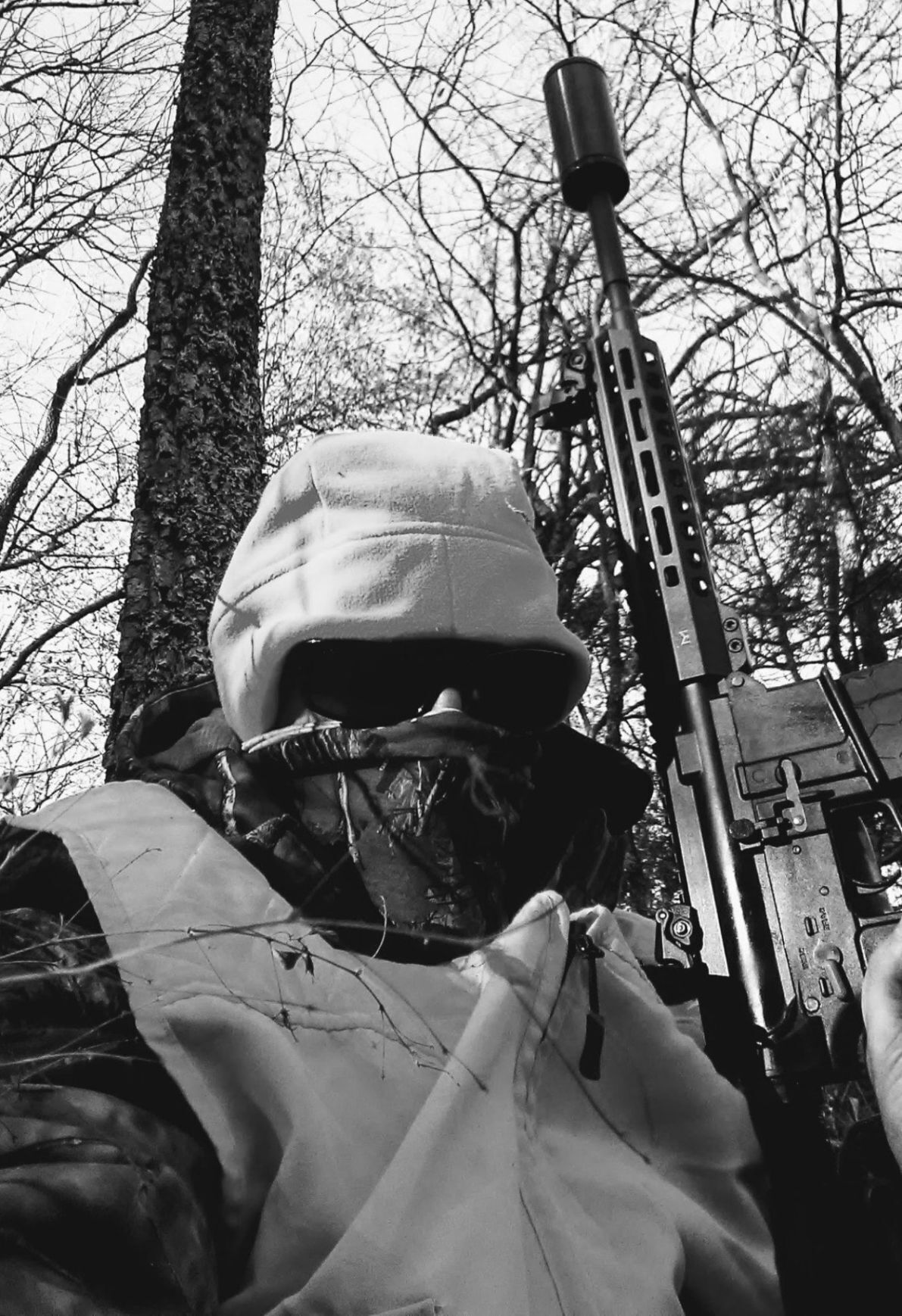 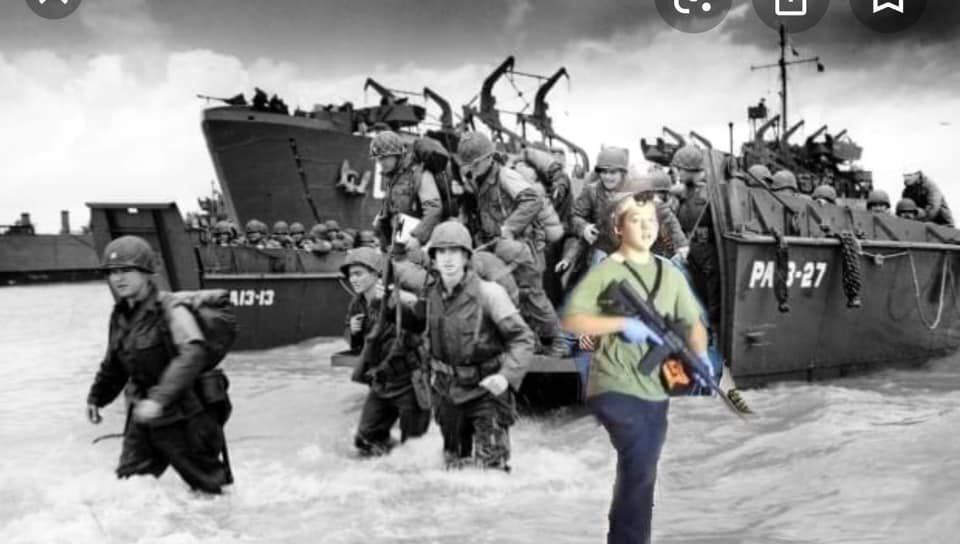 The Missouri men arrested in Kenosha on weapons charges said they belong to a militia group. That group's social media includes numerous posts related to Kenosha, many depicting Kyle Rittenhouse as a hero, including this one. Rittenhouse is charged with homicide for shooting three people during protests in Kenosha, killing two

Two Missouri men affiliated with a militia group that celebrates Kyle Rittenhouse as a hero on social media are facing federal charges after a witness told law enforcement the men came to Kenosha to loot and “pick people off.”

Michael M. Karmo, 40, and Cody E. Smith, 33, both of Hartville, Mo., are facing federal charges of illegal possession of firearms after being arrested Tuesday at a hotel in Pleasant Prairie.

Both Smith and Karmo are barred from possessing firearms because of past criminal convictions.

According to the criminal complaint, Kenosha Police informed the FBI that the department had received a tip that Karmo and an unidentified man were traveling from Missouri to Kenosha “to loot and possibly ‘pick people off.’”

The witness told investigators “Karmo told (him) he was going to Kenosha with the intention of possibly using the firearms on people. (The witness) feared that with Karmo’s increase in conspiracy theory talks and other ‘crazy’ political talk he was not in the right mindset to have a firearm.”

Smith and Karmo were taken into custody at the La Quinta Hotel, 7540 118th Ave. in Pleasant Prairie.

In the men’s vehicle and hotel room, FBI agents found body armor, tactical gear, an AR-15 rifle, a 12-gauge shotgun, a homemade silencer and two handguns, along with ammunition for the weapons.

According to the criminal complaint, Smith told investigators he and Karmo traveled to Kenosha to take part in rallies for President Trump, who came to Kenosha Tuesday to meet with law enforcement and to tour businesses destroyed in unrest following the shooting of Jacob Blake by a Kenosha Police officer on Aug. 23.

Karmo told investigators they came to Kenosha “to see for themselves” what was going on. They arrived on Sept. 1 and went to Bradford High School, where Trump was speaking, telling investigators they wanted to attend the Trump rally.

Smith told investigators they brought guns to the high school but kept them locked in their vehicle.

Karmo told agents that he and Smith have been roommates in Hartville, Mo., for about four weeks, and that they worked together at a barrel-making company.

He told investigators they are members of the 417 Second Amendment Militia in Missouri.

The 417 Second Amendment Militia Facebook page — which lists Karmo as a member — has multiple posts about the unrest in Kenosha. At least eight posts on the page support Rittenhouse, a 17-year-old from Antioch, Ill., charged with homicide after shooting three people in Kenosha, killing two. Rittenhouse said in interviews before the shooting that he had come to Kenosha as a militia member to protect property.

The teenager has become a cause celebre for gun rights groups, who argue he acted in self defense. An online fundraiser from a Christian group has raised more than $425,000 for his legal defense.

On the 417 militia Facebook page, one post calls Rittenhouse a hero. Others ridicule the men shot by Rittenhouse. Another has a picture of Rittenhouse with the words, “We won’t cry over your graves, we will put you in them for the safety of people who make this country work.”

Former Kenosha Alderman Kevin Mathewson had put out an online call for militias to come to Kenosha last week, posting as “commander” of the Kenosha Guard, a militia group he formed online. His post was shared by the alt-right website Infowars.

“Any patriots willing to take up arms and defend our City tonight from the evil thugs?” the Kenosha Guard Facebook post stated. Later that day, a large number of armed people, including Rittenhouse, were on the streets along with protesters.

The Kenosha Guard Facebook page has since been removed.

Mathewson told the Kenosha News last week that he stood by his decision to call militia members to the city.

“This is what the Second Amendment was written for,” said Mathewson. “We are at war in Kenosha. We are under siege. We are under attack. When law enforcement is outnumbered, that’s when citizens have the right to take up arms to defend their lives, their homes and their businesses.”

Mathewson said he did not know Rittenhouse.

Each offense carries a maximum penalty of 10 years in prison, a maximum fine of $250,000, and up to three years of supervision after release from prison.

According to a statement from Matthew D. Krueger, U.S. Attorney for the Eastern District of Wisconsin, Karmo has prior convictions in California, including for burglary, possession of a controlled substance, receiving stolen property and evading a law enforcement officer resulting in injury or death.

Smith has a prior misdemeanor domestic battery conviction in California and acknowledged regular drug use. As a result, both Karmo and Smith were prohibited from possessing firearms and ammunition.

Karmo and Smith were initially held in Kenosha County Jail before being transferred to custody of the FBI, said Sgt. David Wright of the Kenosha County Sheriff’s Department.

WATCH NOW: Jacob Blake, in 'nothing but pain,' speaks from hospital bed

Jacob Blake has spoken publicly for the first time since a Kenosha, Wisconsin, police officer shot him seven times in the back. See the short video posted Saturday night here.

The Missouri men arrested in Kenosha on weapons charges said they belong to a militia group. That group's social media includes numerous posts related to Kenosha, many depicting Kyle Rittenhouse as a hero, including this one. Rittenhouse is charged with homicide for shooting three people during protests in Kenosha, killing two