MILWAUKEE — A man accused of killing two people and wounding three others at a holiday picnic in Milwaukee more than 15 years ago has been added to the FBI's list of Ten Most Wanted Fugitives, federal authorities said Wednesday.

Authorities say Octaviano Juarez-Corro confronted his estranged wife at a 2006 Memorial Day picnic in South Shore Park and demanded to see his daughter. When his wife refused and told him to leave, Juarez-Corro pulled out a handgun and shot five people. Hundreds of people were in the park at the time, the FBI said.

Juarez-Corro has since been on the run.

The most wanted designation carries a $100,000 reward for information leading directly to the arrest of Juarez-Corro. Agents said he has ties to Wisconsin and California and is believed to be in Mexico. Authorities say he should be considered armed and dangerous.

Juarez-Corro is the 525th addition to the most wanted list, which was started in 1950, the FBI said. 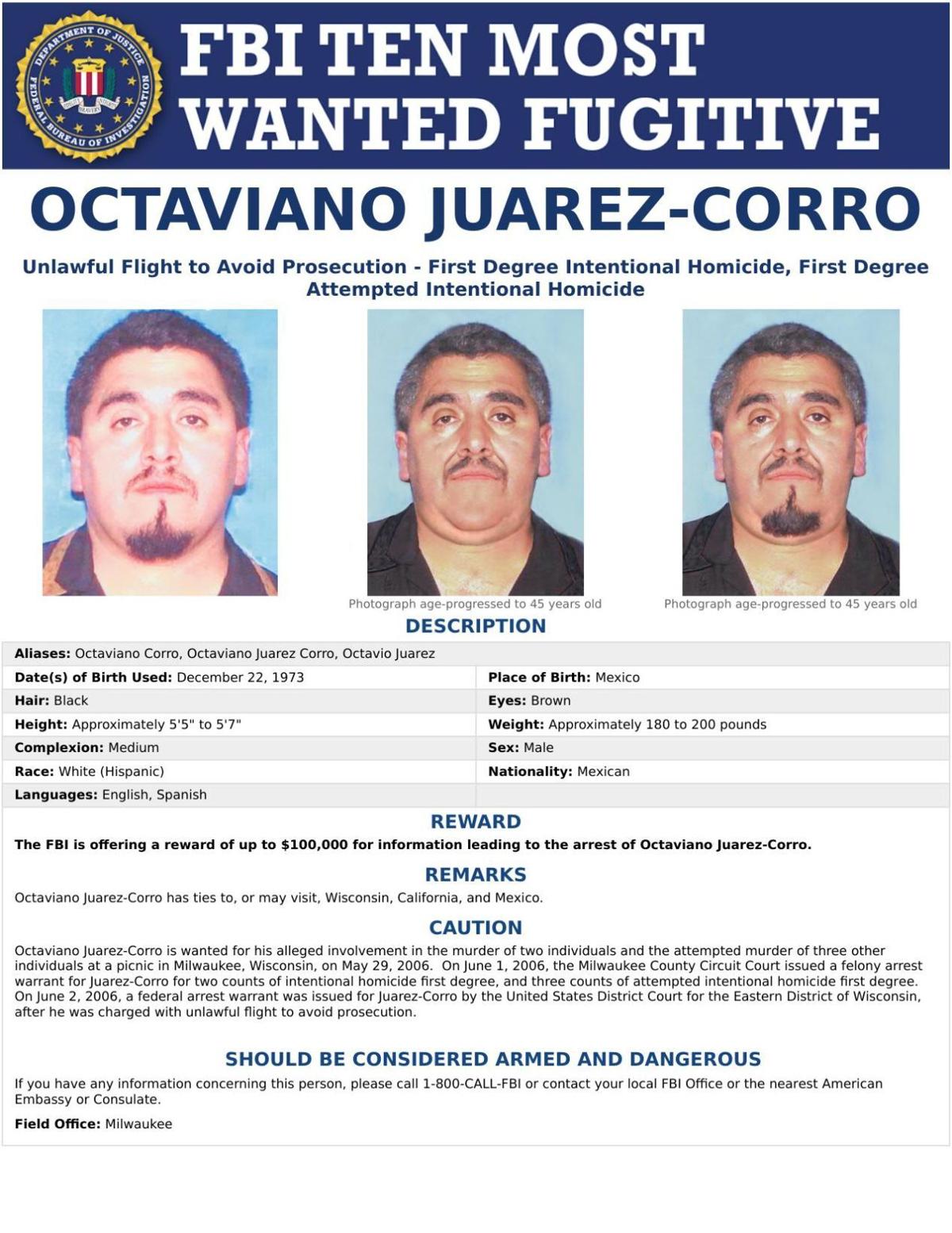 Who are they? WI children reported missing as of September 10

"We have a load of family here," his uncle said. "Everybody knew him. He was a good person all the way around."

Willie Johnson apologized for attempting to set fires at Wisconsin Manufacturers and Commerce and Chalmers Jewelers.

A 41-year-old man was injured in what appeared to be a targeted shooting Wednesday night in Fitchburg, police reported.

Shots fired near Goodwill on Southwest Side, police say

Shots were fired but no injuries reported in the area of the Goodwill store on the Southwest Side, authorities reported.

The thieves apparently used a garage door opener to gain access through the home's attached garage.

One person was killed and two others were seriously injured when a law enforcement pursuit ended with a crash in Milwaukee, authorities reported.

Madison police reported finding bullet casings and a broken window when they responded to an alarm at a South Side business early Thursday morning.

A man likely was shot to death Friday night and his body was not seen when gunshots were investigated due to factors that included the body’s location and the time, Beloit police reported.