A Janesville man charged in federal court for his alleged role in a riot at the U.S. Capitol in January must stay away from the nation’s capital unless he has court business there, a judge said Thursday.

U.S. Magistrate Judge Stephen Crocker also ordered that Michael Fitzgerald, 42, who is charged in U.S. District Court for the District of Columbia with illegally entering the Capitol on Jan. 6 as lawmakers certified the result of the November presidential election, wear an ankle monitor so that his whereabouts are known while his case is pending.

Assistant U.S. Attorney Elizabeth Altman in Madison said the condition was requested by prosecutors in Washington, who have sought the condition for everyone charged in the riot who is not being kept in custody.

Fitzgerald’s attorney, Mark Eisenberg, objected to the ankle monitor request, telling Crocker it’s unnecessary because Fitzgerald has four children and would not want to jeopardize his family, his children and his house by failing to comply with court orders.

“I would say that I think this is something that he went there and got caught up in,” Eisenberg said. “And there are a number of defenses to this, not that that’s relevant to this right now, but I don’t think he has any intention of causing a further disturbance or violating the conditions of his release.”

“The complaint that the court has seen shows that he was in the Capitol,” Crocker said. “Apparently, he’s admitted to the FBI that he was there. And maybe he got caught up in things. But he got caught up in what many people are characterizing as an insurrection, and people were killed. And he was there, and he was a part of it and he was taking selfies, and so it’s understandable that D.C. feels a little bit raw about these things and wants to be careful.”

Court documents filed last week in federal court in Washington charged Fitzgerald with obstruction of law enforcement during civil disorder, entering and remaining in a restricted building without lawful authority, and violent entry and disorderly conduct on Capitol grounds.

The documents state Fitzgerald was near the front of a group that pushed its way into the Capitol through a group of Capitol police officers who were trying to block an entrance to the building. One police officer died during the day’s events.

The push Fitzgerald is alleged to have taken part in lasted about 80 seconds. Fitzgerald remained in the Capitol for about 40 minutes before leaving through a window, the documents state.

The FBI issued a bulletin with photos of people who took part in the riot, and Fitzgerald was quickly identified by a tipster. Fitzgerald also called the FBI and admitted he was pictured in the bulletin.

Fitzgerald, a retired Marine, and his wife, Meaghan, run a nonprofit organization in Janesville called The Veterans First Foundation that seeks to serve veterans through a variety of services, such as home repairs, yardwork and tiny homes.

The Fitzgeralds also run a company called ourFLAG Patriotic Apparel, which sells T-shirts, sweatshirts and other items that carry conservative and pro-gun messages.

Who are they? WI children reported missing as of April 9

Woman arrested in Madison homicide case charged with abetting a felon, not homicide

Police say the woman hid a gun that may have been the murder weapon.

A 13-year-old girl reported being taken from a Southwest Side park and sexually assaulted on Wednesday afternoon, Madison police reported.

A 24-year-old man has been arrested for a February gunpoint robbery during the purchase of an Xbox from a 19-year-old and his friend, Madison police reported.

Speed was a contributing factor to the crash in Windsor in March 2020.

Man, 39, turns himself in for incident at East Side bar that critically injured man, 62, Madison police say

A 39-year-old man turned himself in Wednesday morning for an incident at an East Side bar early Friday that critically injured a 62-year-old man, Madison police reported.

19-year-old international student scammed out of almost $10,000 after caller claims to be from ICE

A person called the student several times claiming to be from U.S. Immigration and Customs Enforcement and said the student would be arrested and deported unless they paid a fine.

An Edgerton man was arrested for a car-to-car shooting Thursday night in Brodhead that caused damage, but no injuries, police reported.

Police said the woman took no steps to help the man and tried to move his body on a luggage cart. 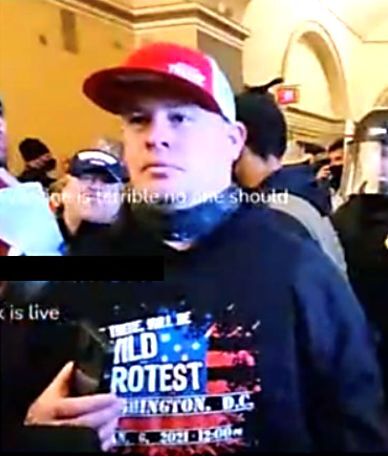 Michael Fitzgerald, of Janesville, inside the U.S. Capitol on Jan. 6. 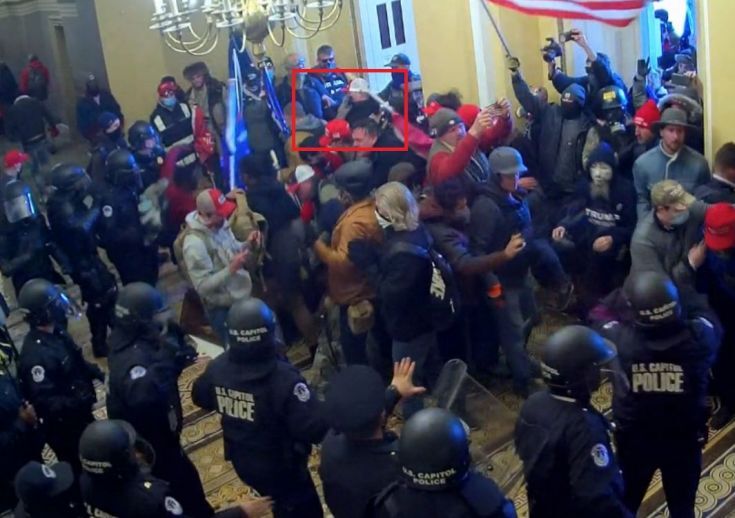 In this image included in an FBI document, Janesville resident Michael Fitzgerald is said to be marked within the the red box shortly after he and others broke through a police line and entered the U.S. Capitol on Jan. 6.