JUNEAU — Dodge County Circuit Court will have increased security in January when a Beaver Dam man goes to trial in the death of his ex-wife after the court was told of a threat against him.

Ulisses Medina Espinosa was charged in March 2019 with first-degree intentional homicide in the shooting death of Stacia Hollinshead and was placed in custody with a $2 million bond. He faces up to life in prison if convicted of the charge.

Medina Espinosa is accused of shooting and killing Hollinshead, his ex-wife, March 23, 2019, at a Third Street residence in Beaver Dam. Hollinshead was visiting the residence with their daughter to see Medina Espinosa’s parents. She was shot 15 times.

Defense attorney Douglas Phebus brought up the concern during a motion hearing on Wednesday and said Dodge County District Attorney Kurt Klomberg had been made aware that someone had expressed a desire to injure Medina Espinosa.

“He did a test run during the last hearing,” Phebus said before asking the individual to be barred from attending hearings.

Klomberg said the individual is not listed as a victim nor a witness in the case, however with two months left until the case goes to trial there is still a possibility that the person will be called as a witness.

Dodge County Circuit Court Judge Joseph Sciascia said he was not aware of another threat like this happening in the courthouse in the past. He said there is also a risk there may be more than one person who is part of the threat.

Sciascia also broached the idea of livestreaming the January trial of Medina Espinosa to give the family of Hollinshead another option rather than traveling to Dodge County. He said the courts may have the technology to do that now.

Klomberg brought up a concern over sequestering witnesses and having the trial livestreamed.

Sciascia said that the witnesses who are sequestered already are told not to pay attention to the cases when they are reported in the media.

Klomberg said it might work better to have the case broadcast on closed circuit in the building rather than livestreamed.

“We then could just ask the witnesses not to go into that room during the trial,” Klomberg said.

The January trial could cause issues for the out of state witnesses when they try to get to court, Sciascia said adding other courts have livestreamed proceedings.

Stacia’s sister Erica Hollinshead Stead said she plans to be at the trial, but she is worried if something would happen like being diagnosed with the coronavirus while the trial was taking place.

Klomberg suggested the livestream could be watched with a passcode the victims would have access to during the trial.

Sciascia said there may be issues where they cannot do it online anyway, but he would check with the county’s IT department to see if a passcode would be possible. He said they did want to be cautious that there were no issues.

The attorneys also agreed on what will be presented during the trial when Klomberg brings up the motive and how witnesses would be handled who were giving similar evidence as well as what could be presented by others about Medina Espinosa’s mental state.

Dodge County Circuit Court Judge Joseph Sciascia called a motion hearing to determine which factors need to be considered before a jury trial for a Beaver Dam man accused in the shooting death of his ex-wife.

Ulisses Medina Espinosa was charged in March 2019 with first-degree intentional homicide in the shooting death of Stacia Hollinshead and was placed in custody with a $2 million bond.

The trial date for a Beaver Dam accused in the shooting death of his ex-wife was taken off of the Dodge County Circuit Court calendar on Wednesday citing concerns over spreading COVID 19.

A sealed letter that Ulisses Medina Espinosa handed to his father after allegedly shooting his ex-wife to death last March will be read by his attorney.

Ulisses Medina Espinosa, 32, is accused in the shooting death of Stacia Hollinshead and is being held in Dodge County Jail on a $2 million bond.

Medina Espinosa, 31, is accused in the March 23 shooting death of Stacia Hollinshead and is being held in Dodge County Jail on a $2 million bond.

Medina Espinosa is charged with first-degree intentional homicide in the death of Stacia Hollinshead and is being held in Dodge County Jail on a $2 million bond.

Police: Woman in custody after man seriously injured in shooting in Beaver Dam

A 28-year-old woman was detained and police were questioning her Sunday about the incident. The department said there is no further threat to the public.

Beaver Dam Police Charities has set up a fund for the 5-year-old who lost her mother in a fatal shooting over the weekend.

A $2 million cash bail was set for Ulisses Medina Espinosa, 31, who is accused of killing Stacia Hollinshead over the weekend by pumping 15 shots into her while she and their daughter were visiting his parents.

Stacia Hollinshead had filed for divorce from Ulisses W. Medina Espinosa in 2016 and filed for a protective order against him the same year, authorities said.

Authorities characterized it as a domestic incident, though they were trying to determine the relationship between Stacia F. Hollinshead, who was killed, and suspect Ulisses W. Medina Espinosa.

Ulisses Medina Espinosa was charged in March 2019 with the shooting death of his ex-wife Stacia Hollinshead, Sycamore, Illinois. 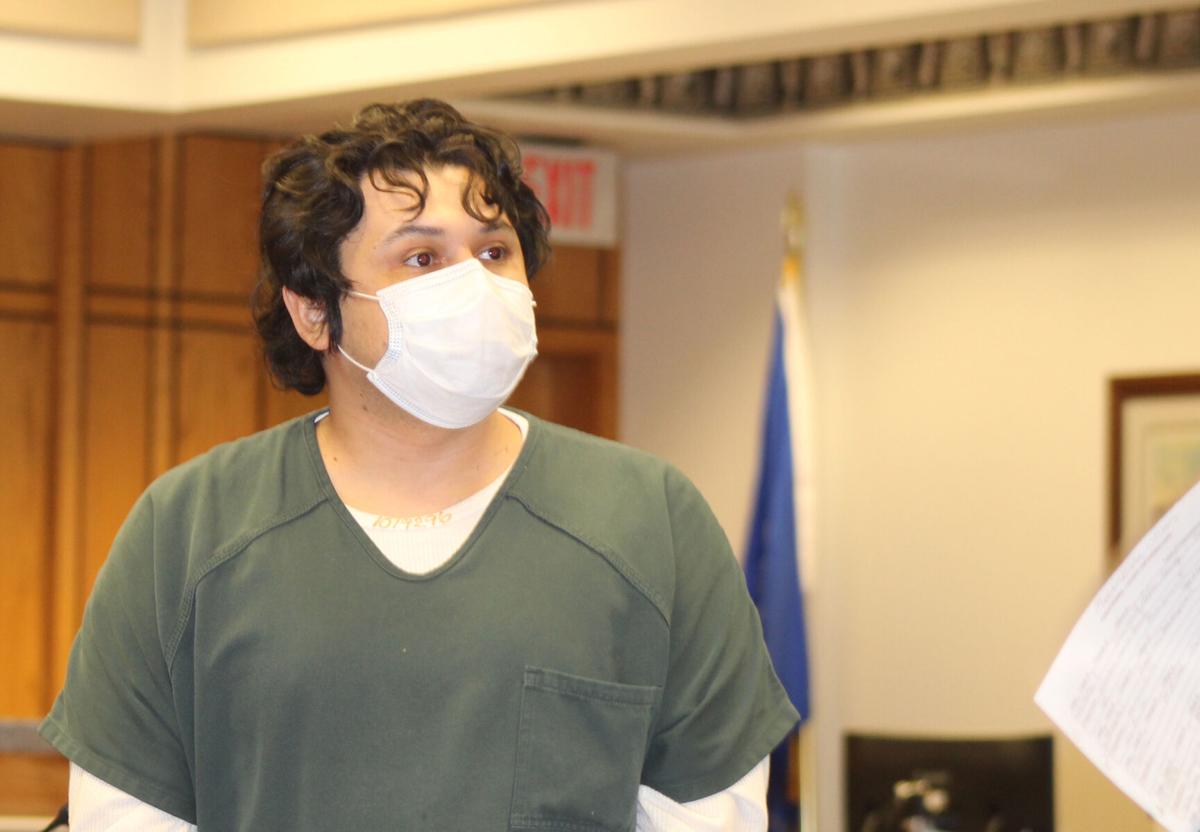 Ulisses Medina Espinosa, shown here during a motion hearing at the Dodge County Courthouse in Juneau on Oct. 22, was charged in March 2019 with first-degree intentional homicide in the shooting death of his ex-wife Stacia Hollinshead. Medina Espinosa appeared in court on Wednesday when discussions were held about his safety during the January trial. 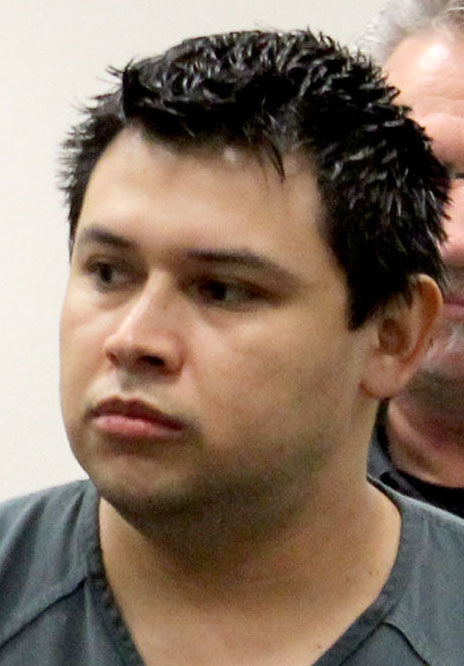