Dane County District Attorney Ismael Ozanne said he will likely release a decision next week on whether two Wisconsin Department of Justice agents will face charges for shooting an unarmed Black man who was wanted by authorities in a drug investigation earlier this year.

Ozanne’s decision on the shooting of Quadren Wilson by state agents Nathan Peskie and Mark Wagner comes more than seven months after the incident and an investigation that has faced criticism from top county officials for a lack of transparency.

Peskie and Wagner were among 21 law enforcement officers from five agencies who moved in on Wilson’s car on a Far East Side roadway on Feb. 3 as part of a crack cocaine and fentanyl delivery investigation while Wilson was wanted on a Department of Corrections warrant. The agencies involved in Wilson’s arrest included the Division of Criminal Investigation, the Drug Enforcement Agency, Madison police, the State Patrol and the Wisconsin Department of Natural Resources.

Wilson’s family has maintained that he was shot five times in the back by the two agents they’ve described as white. The Dane County Sheriff’s Office, which led the investigation into the incident, has refused to say how many shots Peskie and Wagner fired or how many times they shot Wilson. Wilson, 38, was sentenced to three years in prison in May under a plea agreement for delivery of fentanyl and misdemeanor cocaine possession.

At a Dane County Board meeting on Wednesday, Ozanne said he has made a charging decision for Peskie and Wagner, adding “that information will likely become public next week.”

The Sheriff’s Office turned over its investigation in early June.

In late July, Ozanne told the County Board he had received follow-up from the Sheriff’s Office and expected a decision in the “next couple of weeks.” Ozanne has not responded to two messages from the Wisconsin State Journal since late August seeking information on when a decision would be released.

“I don’t believe this community wants me to make a decision without having all the information,” the district attorney told county supervisors in July.

Sups. Tim Kiefer, 25th District, and Heidi Wegleitner, 2nd District, have been the board’s most vocal critics of Ozanne’s handling of the case.

In an interview, Wegleitner said she hopes Ozanne’s timeline pans out since he had already floated an impending decision nearly two months ago.

Even with Ozanne’s announcement, Kiefer remains frustrated by the lack of a decision after so many months.

“I am at a loss to figure out any legitimate reason that it should take as long as it has,” said Kiefer, who is a criminal defense attorney and a former Dane County assistant district attorney.

Kiefer said the lack of a resolution is just as unfair to Peskie and Wagner as it is to Wilson.

“They’ve been in this state of not knowing what the situation’s going to be for them,” Kiefer said. “I think they’re entitled to know. Are they going to be accused of wrongdoing or not?”

When the Sheriff’s Office was still investigating the shooting, County Executive Joe Parisi made a rare rebuke of law enforcement for not providing more information about the shooting.

Court documents unsealed in June have shed some light on the moments leading up to the shooting. As Peskie and Wagner approached Wilson’s 2016 Hyundai Tucson, they thought they had been shot at, the documents state. A ballistic shield used by one of the agents showed damage that may have come from bullets, a Dane County detective wrote. Wilson’s attorney, Stephen Eisenberg, has speculated that the ballistics shield was hit by a ricocheting bullet.

A motorcyclist died in a crash into a tree in Jefferson County on Friday morning, authorities reported.

A Tomah man has been charged with pretending to be a disabled veteran to gain federal contracts, authorities reported.

A man who pointed a gun at another man who interrupted a crime in progress on the West Side was arrested after a search early Monday morning, Madison police reported.

UW-Madison police reported that 66 people were ejected from Camp Randall Stadium and 32 people were arrested during Saturday’s game between the Badgers and New Mexico State. 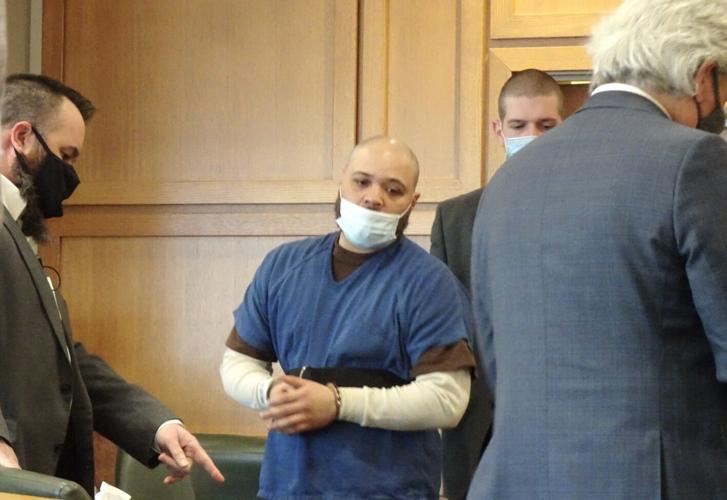 Quadren Wilson, center, is led into court before a preliminary hearing in March. District Attorney Ismael Ozanne has said he will likely release a decision next week on whether the two Wisconsin Department of Justice agents who shot Wilson will face charges. 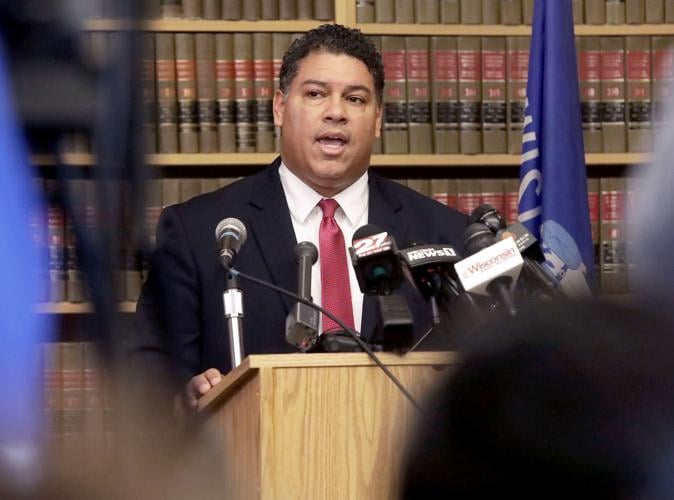 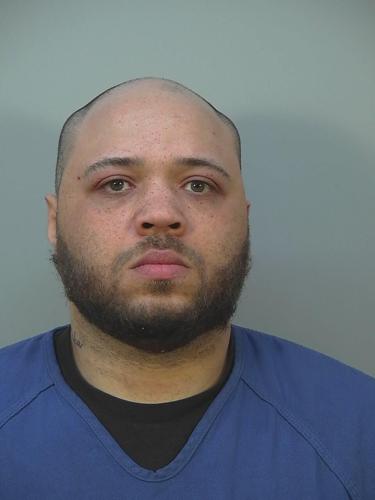