Milwaukee County's top prosecutor said Thursday that a young assistant in his office rushed to set $1,000 bail for a man before he allegedly drove his vehicle through a Christmas parade because she was overworked and never saw his risk assessment.

District Attorney John Chisholm told the county's judiciary committee during a hearing that the assistant prosecutor handling a domestic violence case against Darrell Brooks Jr. had been on the job for only two-and-a-half years, was handling two dozen other felony cases and a jury trial when Brooks' case fell to her and never had access to Brooks' risk assessment because it hadn't been uploaded into the office's system, Chisholm said.

She saw that his bail had been set at $500 in an endangerment case pending against him and simply doubled that, illustrating how overwhelmed his office has become since the COVID-19 pandemic began, he said.

"That is a decision on its face … that I believe was inappropriately low given the context of what we knew about the defendant," Chisholm said. "That's human error. It set in motion a chain of events that resulted in a tragedy. Again, I'm not trying to lessen our responsibility for that, but that's it. In essence, that's what you had here, a young (assistant district attorney) trying to do the best she could under tough circumstances and she made a mistake."

Brooks allegedly drove his maroon Ford Escape into a Christmas parade in downtown Waukesha on Nov. 21. Six people were killed and more than 60 were injured. He faces six counts of first-degree intentional homicide in the incident. No possible motive has been given.

Court records show Brooks was charged with endangerment in Milwaukee County in July 2020 after he allegedly fired his gun at his nephew. He was set to stand trial in February but Chisholm's office had to push the proceeding back as it struggled with a backlog of cases due to pandemic-induced courtroom closures. Since prosecutors couldn't provide him with a speedy trial, they reduced his bail from $7,500 to $500. He posted that in March.

On Nov. 5, weeks before the parade, he was charged with endangerment again, this time for allegedly running over the mother of his child with his SUV. Brooks was assessed as a high risk to reoffend, but the prosecutor who handled his initial appearance, listed in court records as Carole Manchester, still sought the $1,000 cash bail. Brooks posted it on Nov. 19.

Chisholm's office has taken heat for setting bail at $1,000, with critics saying he essentially enabled Brooks to attack the parade.

Chisholm, a Democrat, has pushed for ending cash bail, saying it's not fair to poor defendants. He wants to implement a new system in which only violent offenders are jailed until trial. That's left him walking a fine line between angry residents who hold him at least partly responsible for the carnage at the parade and progressives looking to reduce incarceration rates.

Democratic Gov. Tony Evers said at a news conference Thursday that his administration is helping Chisholm investigate what happened.

"I caution people not to jump to conclusions, but there is one conclusion that is obvious: that (Brooks) should not have been out," Evers said. "But we are looking forward to the conclusion to the investigation."

County supervisors pressed Chisholm during the hearing Thursday. Patti Logsdon told him that he needs to get tougher on criminals and keep them all in jail until their cases come up. Steven Shea asked him what he's supposed to tell constituents who feel Milwaukee County's courts are a "revolving door putting violent criminals out on the street."

Chisholm and the county's chief judge, Mary Triggiano, responded by painting a picture of a Milwaukee County court system that has been limping along since the pandemic struck.

Triggiano noted that the county is dealing with a backlog of 1,600 felony cases and 3,100 misdemeanor cases. Chisholm said the jail has a capacity of 920 inmates and is currently housing about 890, including 175 awaiting trial in homicide cases and 100 awaiting trial for first-degree sexual assault alone.

"In this particular case, the (assistant district attorney) didn't make a decision just in a vacuum with lots and lots of time to assess it," Chisholm said. "It doesn't excuse it, but it puts it into context when you're dealing with high volume triage, trying to sort what the most serious offense is, just trying to get the case in the system and move on to the next one, sometimes errors are going to occur."

Scenes from the tragedy in Waukesha Sunday, Nov. 21

"Mental illness is real and the system is broken," the suspect's mother wrote in a letter released Wednesday.

The sixth charge is for Jackson Sparks, an 8-year-old boy who had been walking in the parade. 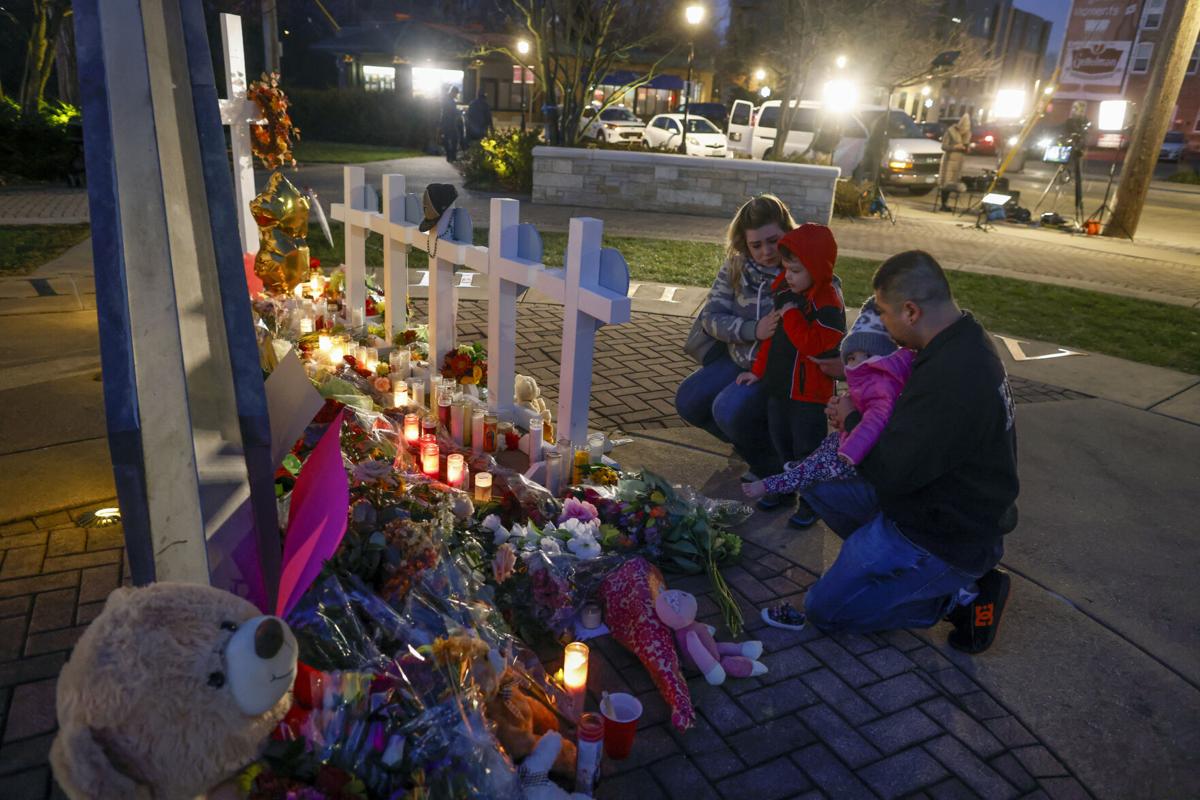 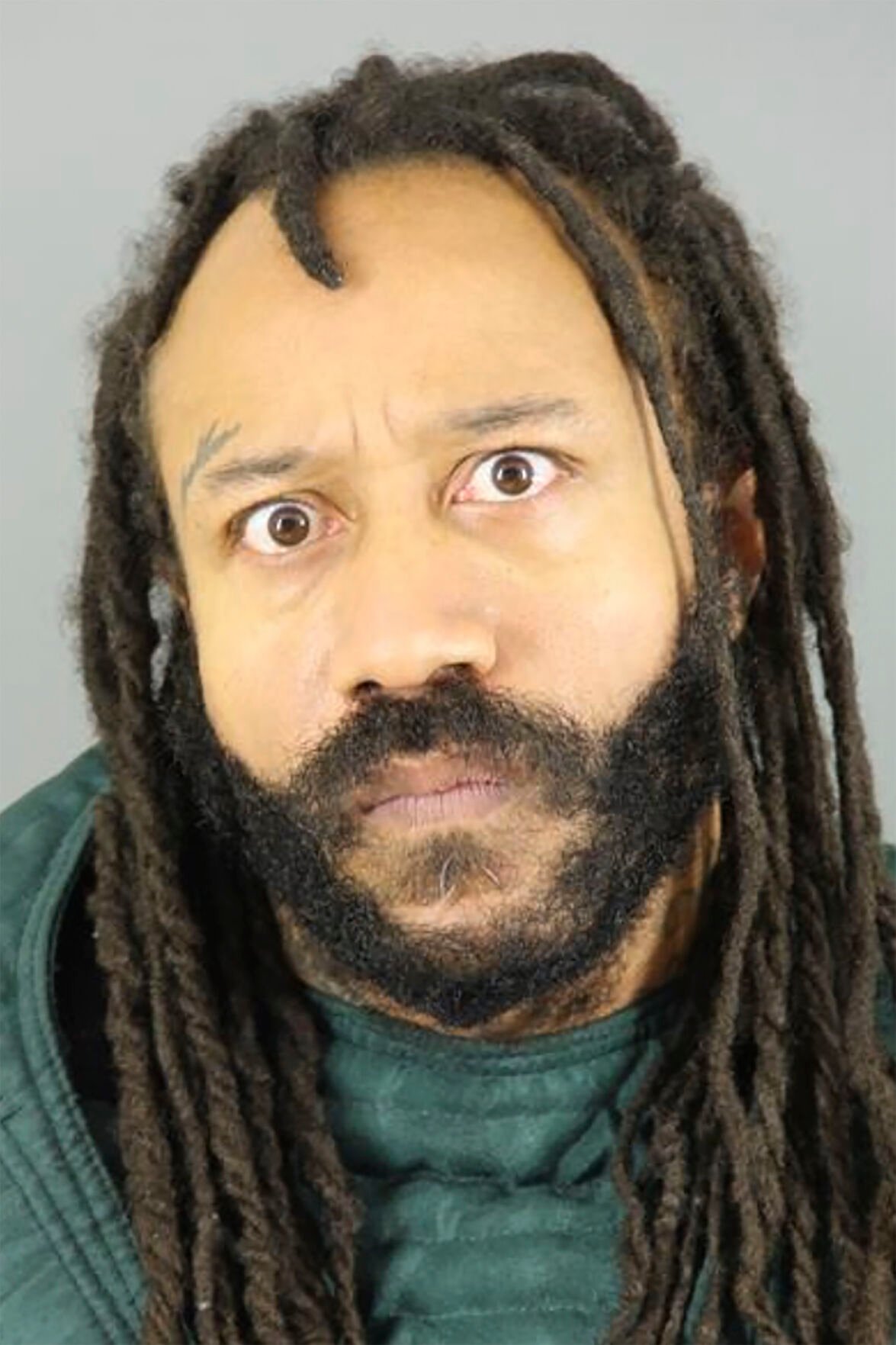