Khari Sanford, convicted in May of the execution-style killings of a UW Health doctor and her husband in the UW-Madison Arboretum, will never be eligible for release from prison, a judge said Wednesday, telling Sanford there was no way to know whether he would ever “evolve into a person who cares about other human beings, will not harm or kill them.”

“I can’t know that,” Dane County Circuit Judge Ellen Berz told Sanford, 21, of Madison, who was convicted of first-degree intentional homicide for the deaths of Dr. Beth Potter and Robin Carre on March 30, 2020, after abducting them at gunpoint from their West Side home. “What I do know is that, currently, you have utter disregard for human life, and the public, anyone in the public, no matter how kind they are to you, no matter how generous they are to you, no matter how much they try to help you, they are at risk of being killed by you.”

Co-defendant Ali’jah Larrue, 20, who drove the vehicle that carried Potter and Carre from their home, pleaded guilty in 2021 to two counts of felony murder with kidnapping as the underlying crime. On Wednesday, Berz sentenced him to eight years in prison. With credit for time spent in jail since 2020, it’s effectively a 5½-year prison sentence, followed by 10 years of extended supervision.

Potter and Carre had allowed Sanford — at the time the boyfriend of their daughter, Miriam — to live in their home during the early stages of the COVID-19 pandemic, until tensions in the home prompted Potter and Carre to rent the young couple an Airbnb on Madison’s South Side until they could find a permanent apartment in which to live.

Sanford’s attorneys, state Assistant Public Defenders Tracey Lencioni and Crystal Vera, asked that Sanford be allowed to petition for release from prison after 25 years, arguing that it could not be known who Sanford would be at that point in time.

But Berz said she has seen no sign of remorse from Sanford, “not a scintilla,” even in a statement he made in court Wednesday in which he called Potter and Carre “two beautiful people” introduced to him by Miriam Carre. He said Miriam had shown him for the first time in his life a world of “unconditional love.”

“(Potter and Carre) saw my potential, accepted my adversities, and took me in,” Sanford said. “So that was me, in the home of Beth and Robin, with mental health issues, not communicating very well, smoking weed, disobeying rules, and procrastinating way too much about my future because I was too fanatically in love to care.”

The negative things, he said, were “typical teenager stuff,” and beyond that, “there was love and (unrepayable) appreciation for them because they tried to be that adult for me.”

He added: “If taking my life is what it takes to repay them, to resolve the grievances of this beautiful family and define justice, I will be honored, your honor. Take it.”

Members of Potter and Carre’s family did not speak in court Wednesday, and their wishes were instead reflected in a pre-sentence report prepared by a state Department of Corrections agent. The report is confidential, but Deputy District Attorney William Brown, who argued that Sanford should never be granted the opportunity to be released from prison, read small portions in court.

In particular, Brown read portions of a statement by Miriam, who urged Berz to never allow Sanford to be free. She said in the statement she is afraid of him, and that during their relationship he abused and manipulated her. At one point, she said, Sanford had threatened suicide, but then called it a “social experiment.”

In a separate matter, lawyers for the Potter-Carre estates are seeking in probate court to exclude Miriam from collecting any inheritance, alleging that although never charged, she was a party to the homicides. That issue won’t be settled soon.

But there were genuine suicide attempts by Sanford in the time preceding the homicides, Brown said, acknowledging that Sanford came from very challenging family circumstances that included a father who was in prison and a mother who appeared not to care for him. He also experienced homelessness, and managed on his own initiative to get himself into the foster care system.

Brown said Sanford at one point stole a vehicle from his foster parents, but only so he would have a place to sleep.

Still, Sanford had the confidence of coaches, community leaders and others who saw potential in him. He played football at West High School and was vice president of the school’s Black Student Union. However, Brown said, at the same time Sanford was also someone who “sneaks into your house in the middle of the night, kidnaps you and executes you.”

Berz said that while most killings she has seen in her career as a prosecutor, defense attorney and judge have involved impulsive acts, this one did not.

“Mr. Sanford, your actions showed premeditation and preparation,” Berz said. “It took time to plan this killing. This was a calculated homicide.”

People are generally complex, she said, and all have both helped or hurt someone at some point in life.

“Very few people take the steps of killing another human being,” Berz said. She said “typical teenage behavior” is one thing, but “what is absolutely atypical is killing another person.”

In sentencing Larrue, Berz agreed with statements by Assistant District Attorney Timothy Verhoff and defense attorney Michael Covey that Larrue was far less culpable for what happened than Sanford. Larrue testified at Sanford’s trial, and said again Thursday, that he did not know Sanford was going to kill Potter and Carre.

The attorneys also said Larrue took responsibility early, and information he provided led to Sanford’s arrest and conviction. Larrue himself has no prior criminal record, either as a juvenile or an adult, and enjoys tremendous support from his family.

But Berz told Larrue that on the night of the killings, he allowed himself to be a follower when Sanford called Larrue and had him drive Sanford around before they ended up at the Potter-Carre home. He was a follower even when it came to the killing of innocent people, Berz said.

“There’s no line in the sand,” Berz said. “There’s no moral compass.”

When Larrue saw Sanford leading Potter and Carre out of the house in their pajamas at gunpoint, he could have hit the accelerator and left him there, she said, or he could have jumped out of the vehicle and run away.

After the fact, once back at the Airbnb where Sanford was staying, Berz said, Larrue helped Sanford conceal evidence of the killings, and tried to profit from them by selling some Apple Airpods taken during the kidnapping.

“You helped conceal and destroy evidence,” Berz said. “You wanted to sell Airpods of the people who were just murdered. It is almost unfathomable how you could hold them, let alone keep them.”

Even when Larrue arrived home in the morning, he could have called 911. Potter was still alive at that point, lying in a ditch in the Arboretum, and perhaps could have been saved, Berz said.

Before he was sentenced, Larrue said he again wanted to take responsibility for his actions, and express the regret he continues to feel for his decision to drive Sanford, when he could have just stayed home.

“I also blame myself every night for not calling the police,” Larrue said. “Had I did that maybe I could have saved a life. Since the incident, I still have nightmares about what I seen, and I know they’ll never go away, and I know some of it’s guilt.”

Probate petition seeks to strip daughter of murder victims from inheritance, find her 'complicit' in her parents' deaths

Miriam Carre was not charged for the murders of Dr. Beth Potter and Robin Carre, but a petition in probate court seeks to hold her accountable.

“It made sense to me at the time,” one Army veteran said. “It became crystal clear pretty quickly what they stood for .... They’re nuts.”

A Wisconsin prison inmate has been charged with first-degree murder in a 37-year-old cold case in Wisconsin Rapids.

A group of parents is suing the Eau Claire school district for its guidance to staff members on supporting transgender students.

All westbound lanes of Interstate 90/94 were open again Thursday morning following a crash between two semi-trucks that closed the lanes at Highway 12 Wednesday night.

A federal judge will allow an oil and gas pipeline to continue to flow on a northern Wisconsin American Indian reservation while its operators work to reroute the line around the tribal land.

A motorcyclist was killed and his passenger was seriously injured in a crash with a van in the town of Kickapoo on Sunday, the Vernon County Sheriff’s Office reported.

The race features swimming in Lake Monona, bicycling in Dane County, and running in the Downtown and UW-Madison campus area.

Police said they had not been called to the home in the past. 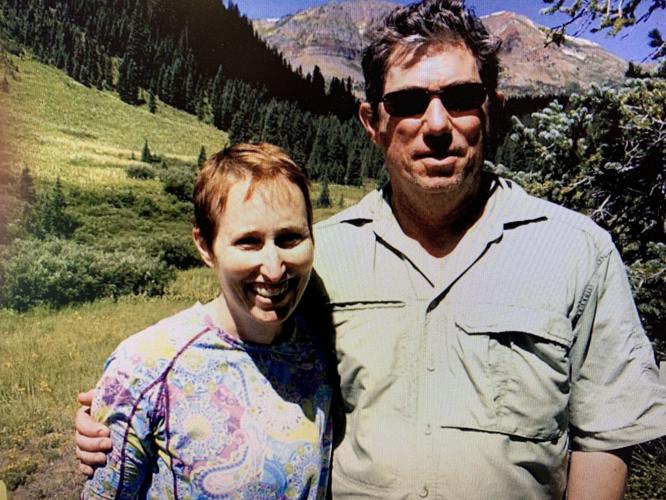 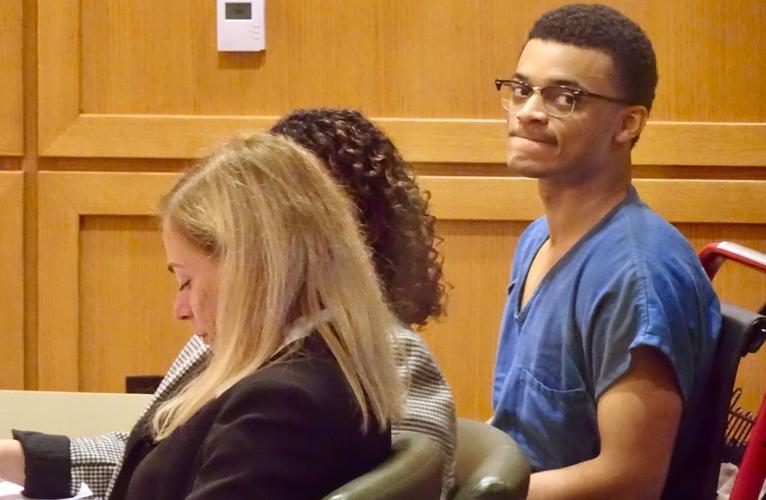 Khari Sanford appears in court Wednesday before his sentencing hearing with his attorneys, Tracey Lencioni, left, and Crystal Vera. Circuit Judge Ellen Berz sentenced Sanford to life without the possibility of release for the murders of Dr. Beth Potter and Robin Carre. 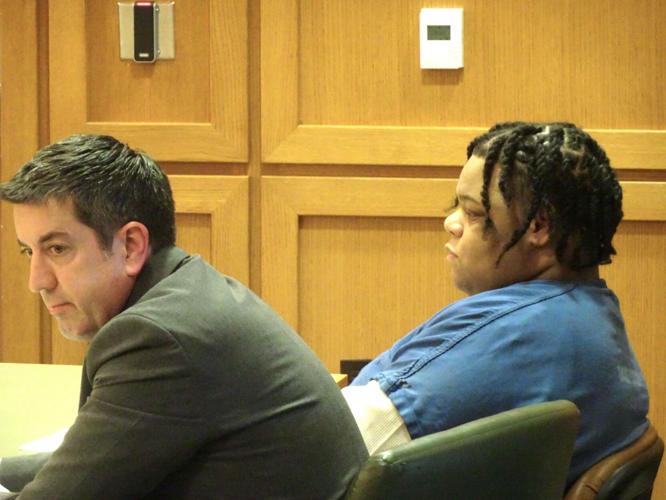 Ali'jah Larrue, right, in court on Wednesday with his attorney, Michael Covey. 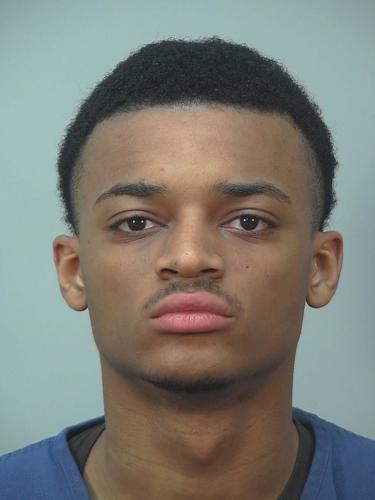 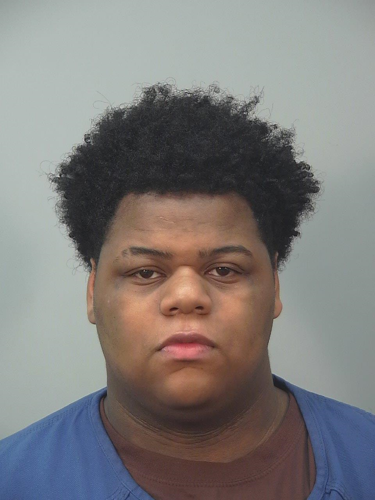