A deputy responded to a report of a suspicious vehicle at 1:45 a.m. Monday when the caller, who had previously reported "concerning communication from an ex-boyfriend," saw someone outside her home," Dane County Sheriff's spokeswoman Elise Schaffer said.

The first deputy to arrive on scene found Keith T. Staley, 40, of Pasadena, Calif., outside the home, who approached and verbally threatened the deputy. Staley then became physically aggressive, Schaffer said, refusing to follow the deputy's commands.

A K9 was released, which Staley hit and kicked. A second deputy arrived and tried to restrain Staley when he grabbed the deputy's firearm and tried to take it out of the holster.

Staley was taken into custody on tentative charges of causing injury by resisting arrest, disorderly conduct and disarming a police officer and battery to a police officer. An additional charge of stalking is pending as the investigation is ongoing. He is currently being held in the Dane County Jail.

Both deputies were treated for non life-threatening injuries at a local hospital and released, Schaffer said. The K9 was also treated at a local veterinarian.

Alexander Kraus, 18, of Neenah, is charged with two counts of first-degree intentional homicide in the shooting of Dennis and Letha Kraus on April 14, 2019.

The state's teacher workforce has remained overwhelmingly white, according to the study.

Reward for information in alleged attack on woman now up to $10,000

The FBI is assisting Madison police in the investigation of the potential hate crime.

The state Department of Justice is investigating the death of a person whose body was found in a Monona lagoon on Monday as an officer-involved death, since the death happened after a police chase.

A Wisconsin family helped save a young bear that was struggling to breathe while swimming in a lake with its head caught in a plastic food container, and they captured the rescue on video.

Bond set for defendant in Green Bay crash that killed 3

The man made a court appearance Monday in Brown County. He is suspected of driving his vehicle between 60 and 90 mph before crashing into another car on Sunday.

Madison police announced that they are seeking charges against a man who allegedly left two women badly shaken after he came out of the shadows on the Near West Side and pointed a gun at the head of one of them on June 19.

A Lexus convertible and a handgun were among the items stolen in a Far West Side home burglary early Monday morning, Madison police reported.

A man shot at a Far East Side hotel Tuesday night in an apparent targeted shooting has died, Madison police reported Wednesday morning.

Authorities identified a man found dead in a Monona retention pond as a Madison man who was being sought for a shooting in April that injured two people.

Officers responding to a report of shots fired at Elver Park on the Far West Side on Tuesday found several shell casings in a parking lot closest to the playground, Madison police reported. 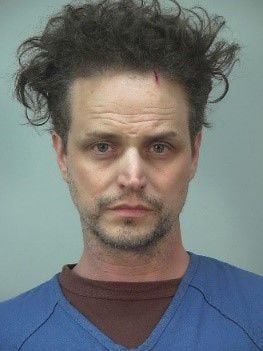