Headphones have become an essential product for many people, and it can be disheartening to see that the best-rated headphones cost hundreds of dollars.

So, we’ve done some research to find the best affordable headphones on the market, with options for in-ear or over-ear (also called on-ear), wired or wireless sets.

These solid headphones come from a reputable brand and cost less than you might imagine considering their decent sound quality. We love that their swivel design makes them more easily portable. Also available at Best Buy.

Thanks to the comfortably padded ear pieces, you can listen to these headphones for long periods without experiencing discomfort. They have a built-in mic for phone calls or video chatting, plus built-in controls to pause, play, skip and more. Also available at Amazon.

With 40mm neodymium drivers and JLab’s C3 audio technology, you get some surprisingly good sound quality considering these headphones are so inexpensive. The comfortably plush faux leather ear pieces are a draw, as is the built-in mic and tangle-free braided nylon cord. Also available at Best Buy.

Can’t afford AirPods? These headphones bring you a similar sound quality to standard AirPods but with a wired design. The 3.5mm jack is more versatile, but you also have the option to buy them with a lightning connector if you exclusively want to listen to music on an iPhone. Also available at Best Buy.

These might be basic wired earbuds, but the 9mm neodymium dome-style drivers give you rich balanced sound, while the in-line microphone makes it convenient to make or receive calls and the silicone buds feel comfortable for long periods of use. Also available at Amazon.

You can’t go too far wrong choosing headphones from trusted electronics brand Panasonic. You can choose a version with or without an in-line mic, and they come in a wide range of colors. These earbuds give you nicely balanced audio considering the price.

Another winning option from Sony for wireless over-ear headphones without a hefty price tag. They have an impressive 35-hour battery life and give you dynamic sound from 30mm drivers. The built-in mic is great for hands-free calling. Also available at Amazon.

These headphones come from a lesser-known brand, but have some excellent features considering their low price. They have a built-in microphone, on-ear controls, and 40mm drivers. The downside is their poor battery life — they last just five hours playing music at full volume. Also available at Amazon.

These headphones aren’t truly wireless, as you have a wire connecting the left and right buds, but they connect wirelessly to your phone or other device. While some people prefer a truly wireless design, you get a lot of headphone for a small price with the Jib+, thanks to features such as the in-line mic and built-in controls. Also available at Best Buy.

Like the Skullcandy headphones, these have a wire connecting earbuds, but they have wireless connectivity capabilities via Bluetooth. You get the solid, balanced sound quality that you’d expect from Sony, all at a reasonable price.

We love these affordable truly wireless headphones that are IPX5 water-resistant and come with a charging case. They have only a four-hour battery life, but the case will fully recharge them up to four times before it runs out of power. Also available at Amazon.

Another truly wireless offering at a low price. These headphones have powerful sound from 8mm drivers, a custom equalizer and built-in microphone. They have a five-hour battery life plus an extra 15 hours from the charging case. Also available at Amazon.

#88. 'Cheap Thrills' by Big Brother And The Holding Company

#78. 'The Notorious Byrd Brothers' by The Byrds

#73. 'My Favorite Things' by John Coltrane

#69. 'Dusty In Memphis' by Dusty Springfield

#67. 'Willy And The Poor Boys' by Creedence Clearwater Revival

#66. 'We're Only In It For The Money' by The Mothers Of Invention

#61. 'Safe As Milk' by Captain Beefheart & His Magic Band

#55. 'Aftermath' by The Rolling Stones

#51. 'I Never Loved A Man The Way I Love You' by Aretha Franklin

#48. 'Arthur (Or The Decline And Fall Of The British Empire)' by The Kinks

#46. 'Days Of Future Passed' by The Moody Blues

#38. 'Axis: Bold As Love' by The Jimi Hendrix Experience

#34. 'Everybody Knows This Is Nowhere' by Neil Young With Crazy Horse

#29. 'The Kinks Are The Village Green Preservation Society' by The Kinks

#28. 'Beggars Banquet' by The Rolling Stones

#24. 'The Black Saint And The Sinner Lady' by Charles Mingus

#21. 'Odessey And Oracle' by The Zombies

#20. 'Magical Mystery Tour' by The Beatles

#12. 'Are You Experienced' by The Jimi Hendrix Experience

#9. 'In The Court Of The Crimson King' by King Crimson

#6. 'The Beatles (The White Album)' by The Beatles

Lauren Corona is a writer for BestReviews. BestReviews spends thousands of hours researching, analyzing and testing products to recommend the best picks for most consumers.

When Sharon McMahon scrolled through social media in the months leading up to last year's presidential election, she found herself horrified by the amount of "straight misinformation" filling her feed.

When Sharon McMahon scrolled through social media in the months leading up to last year's presidential election, she said found herself horrified by the amount of "straight misinformation" filling her feed.

Parler comes back online one month after going dark

Parler, the social network favored by conservatives, came back online Monday with a redesigned website one month after it was suspended by Amazon Web Services and effectively driven offline.

How to boost WiFi performance when everyone’s at home

As the COVID era drags on, can there possibly be enough bandwidth? Here's a guide to getting the most out of your internet connection.

President Joe Biden on Sunday night lent his support to Amazon workers who are pushing to unionize — and appeared to warn Amazon not to deter them.

As Jeff Bezos steps down, Amazon stakes its future on the cloud

In his 2014 annual letter to shareholders, Amazon CEO Jeff Bezos wrote that a "dreamy business offering" comprises at least four elements: "Customers love it, it can grow to very large size, it has strong returns on capital, and it's durable in time — with the potential to endure for decades."

She was stunned by Biden's inauguration. How this South Carolina mom escaped QAnon

Ashley Vanderbilt says her four-year-old daughter Emmerson knew "something was wrong with her mom."

Warren proposes wealth tax: 'It's time for them to pay a fair share'

Pau Gasol on helping others after retiring from the game

Pau Gasol on helping others after retiring from the game 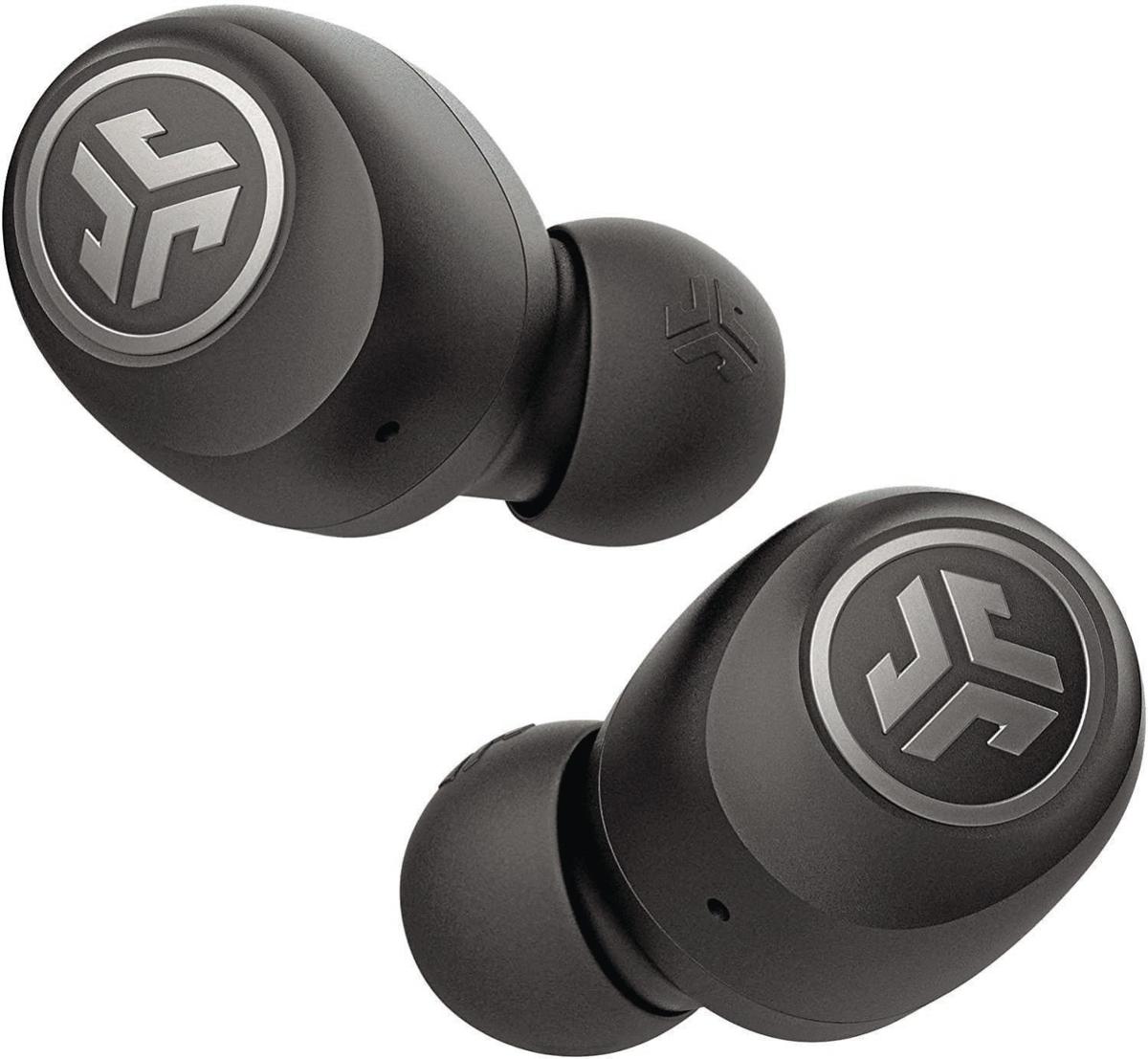 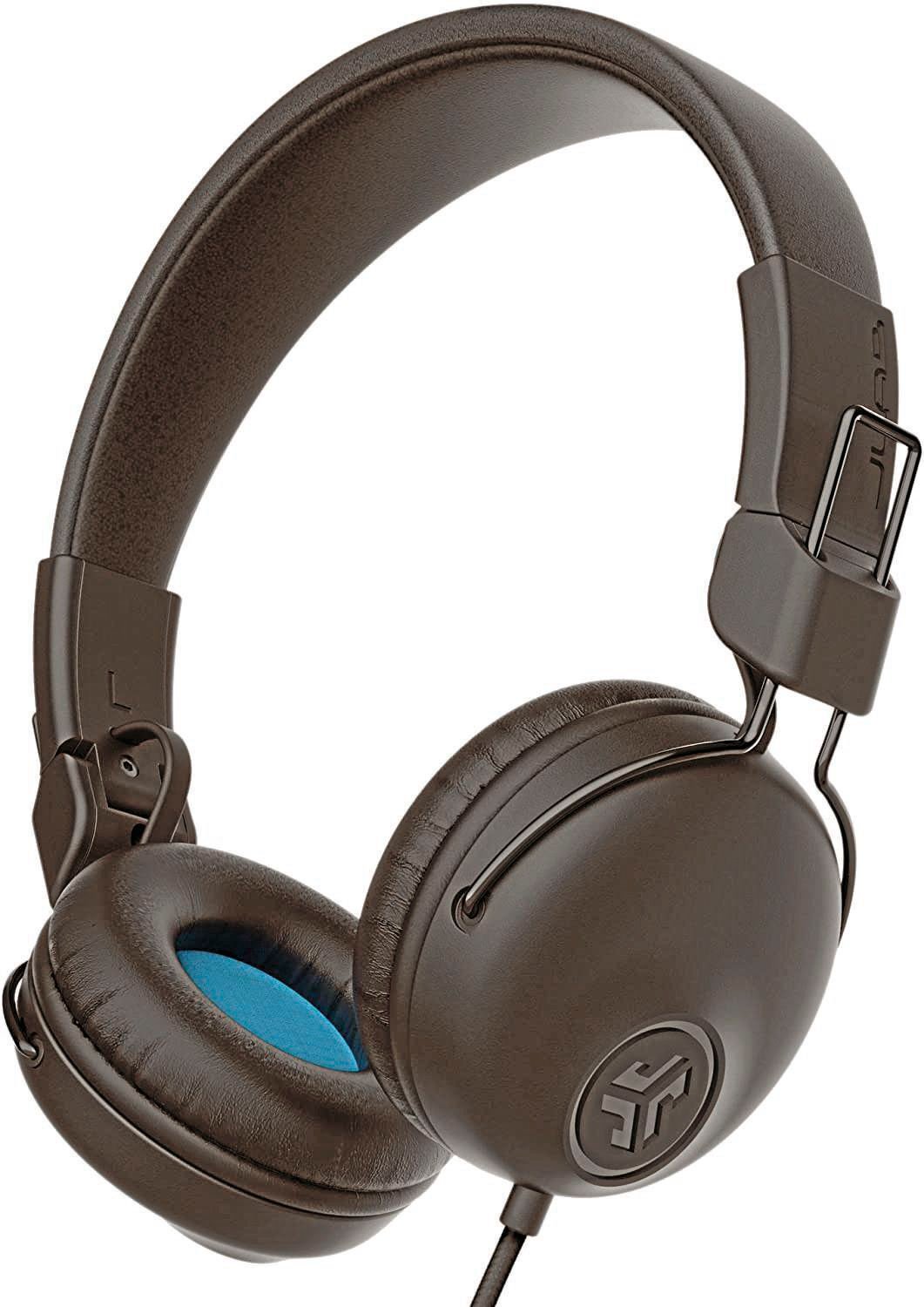 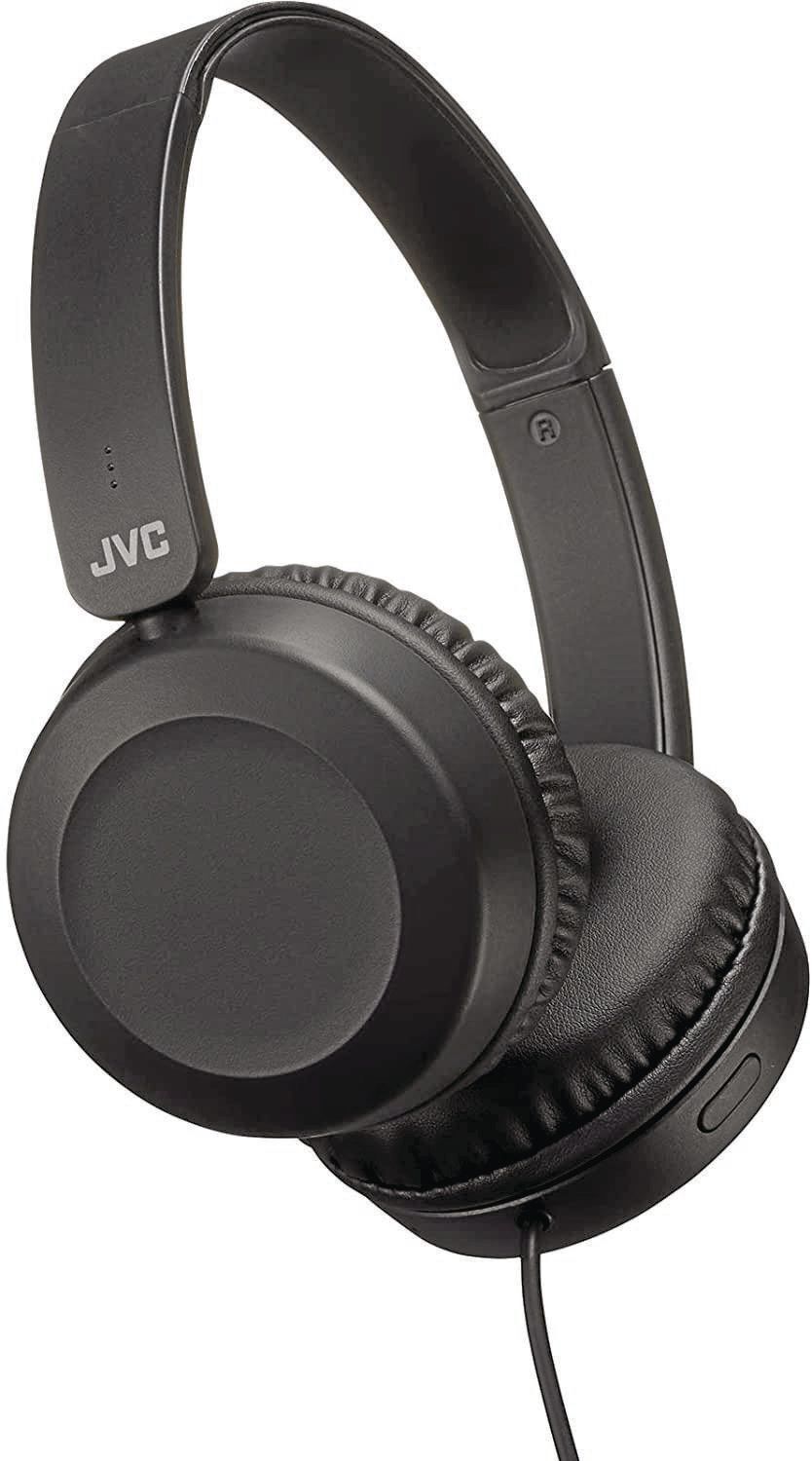 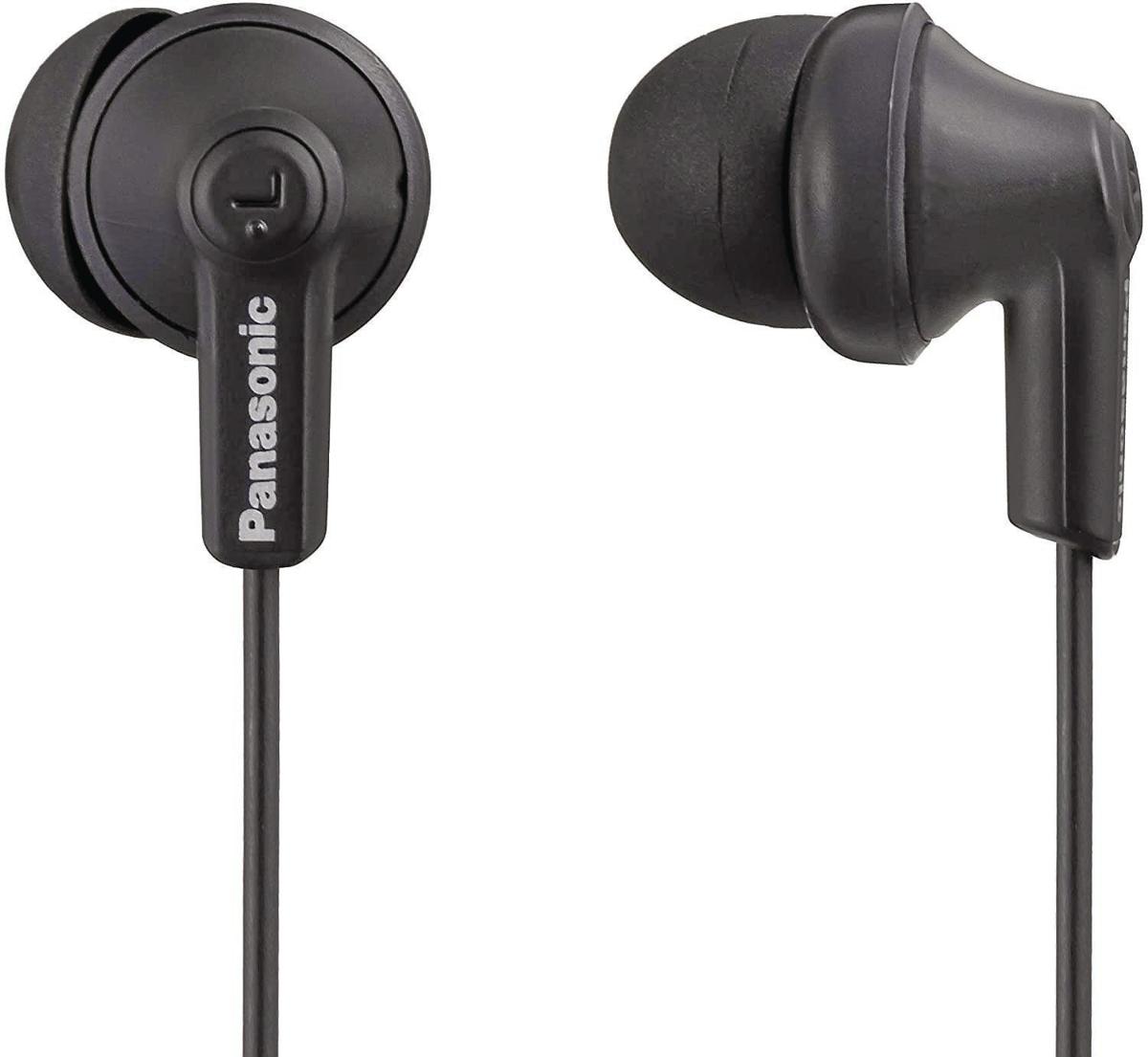 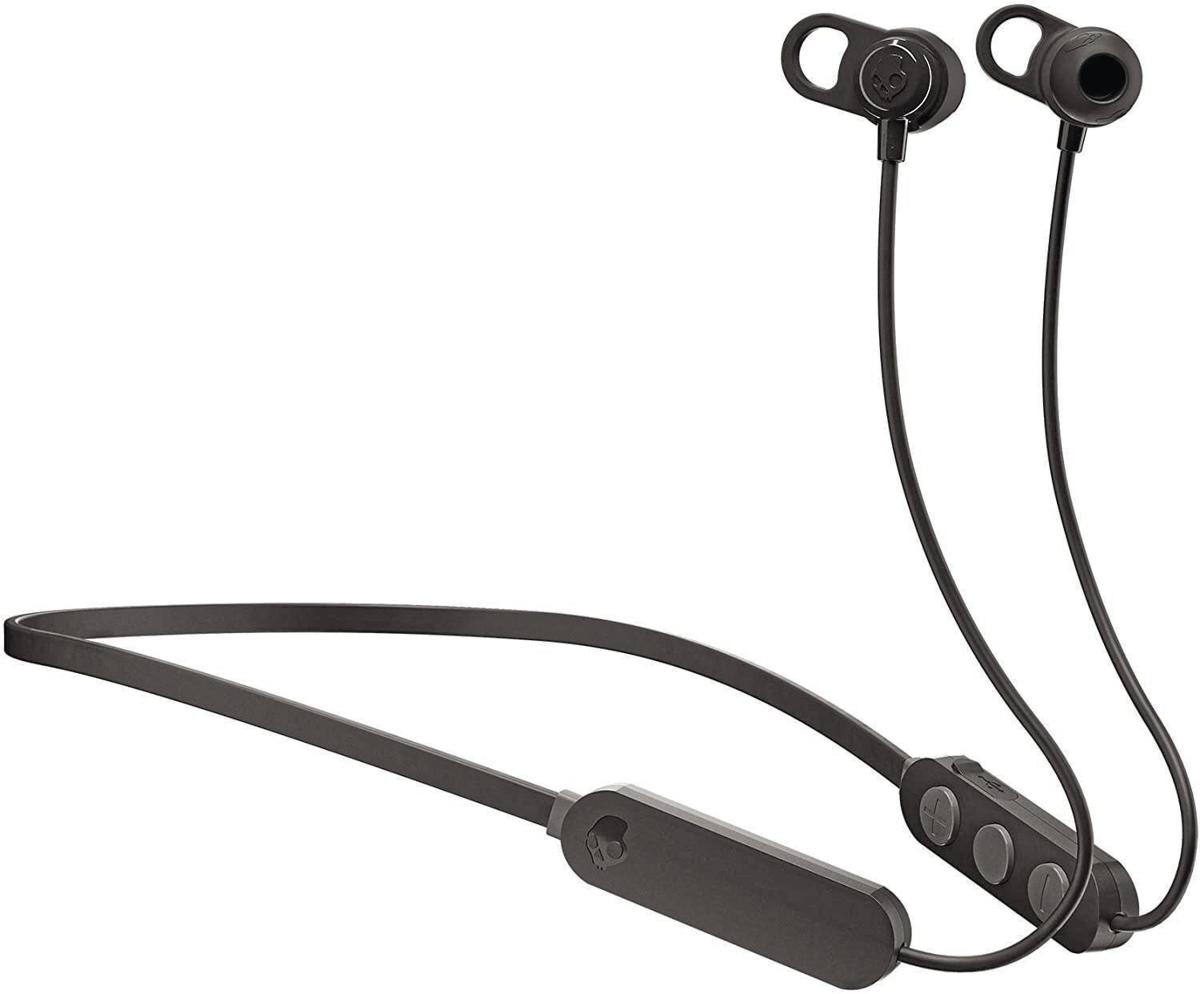 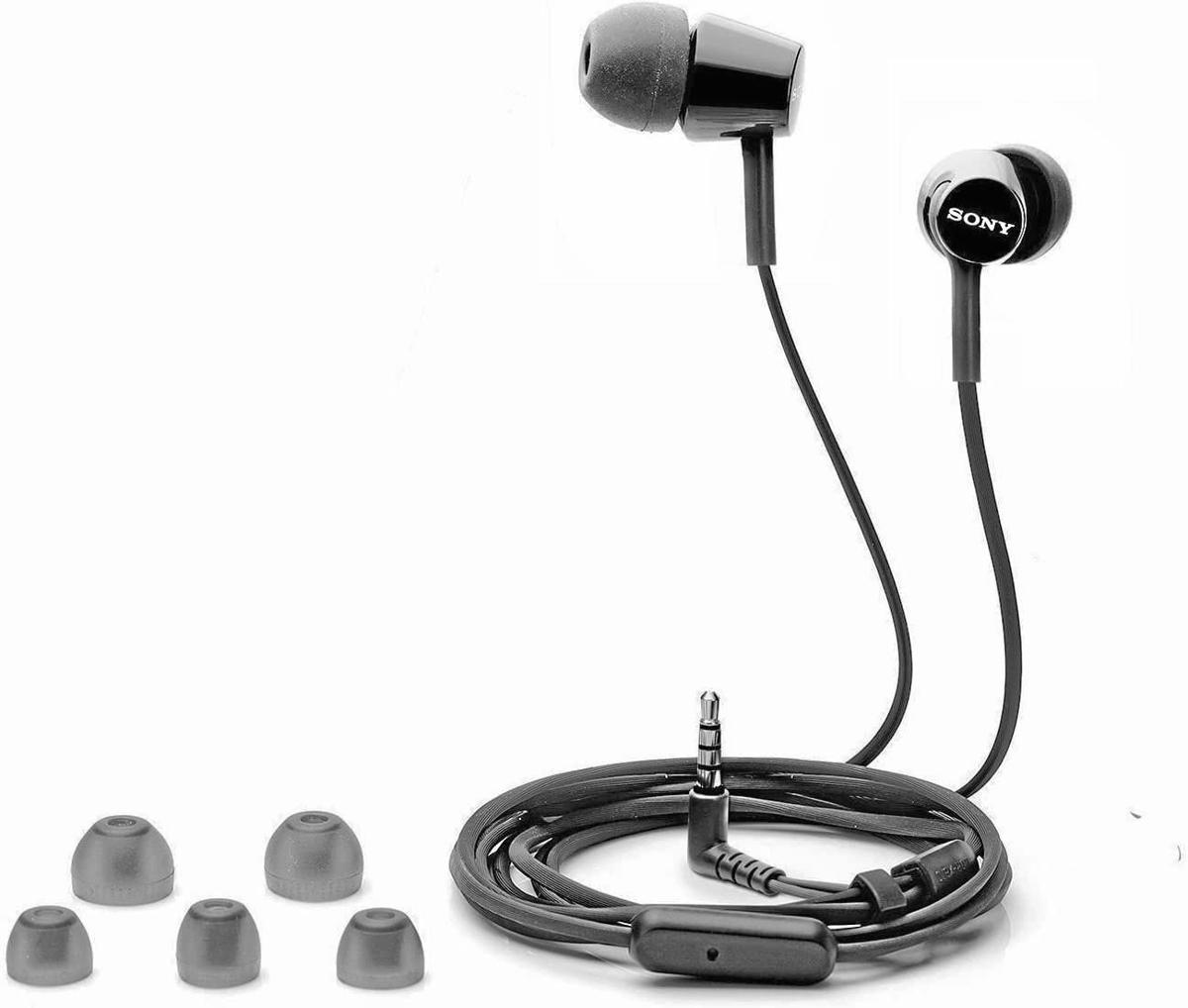 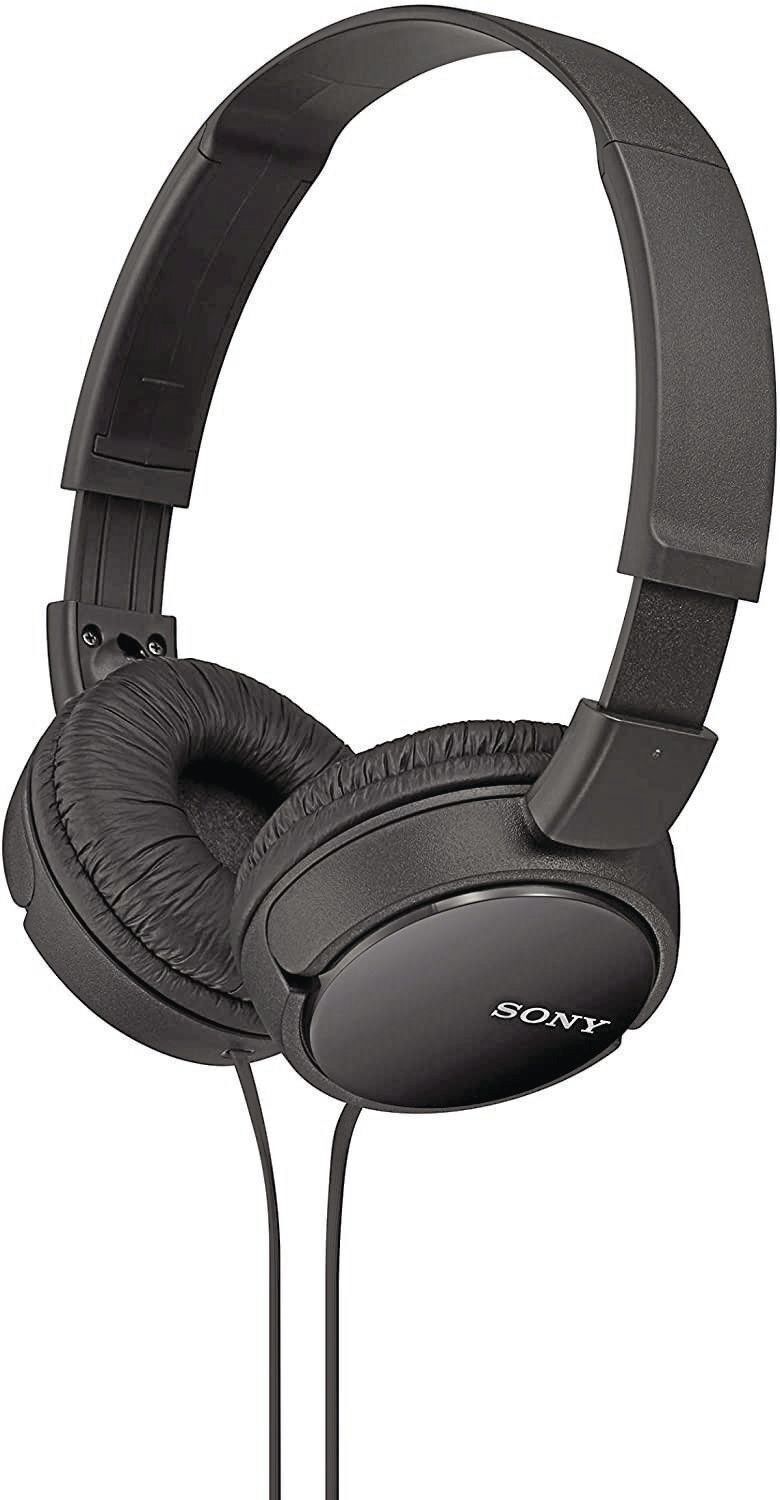 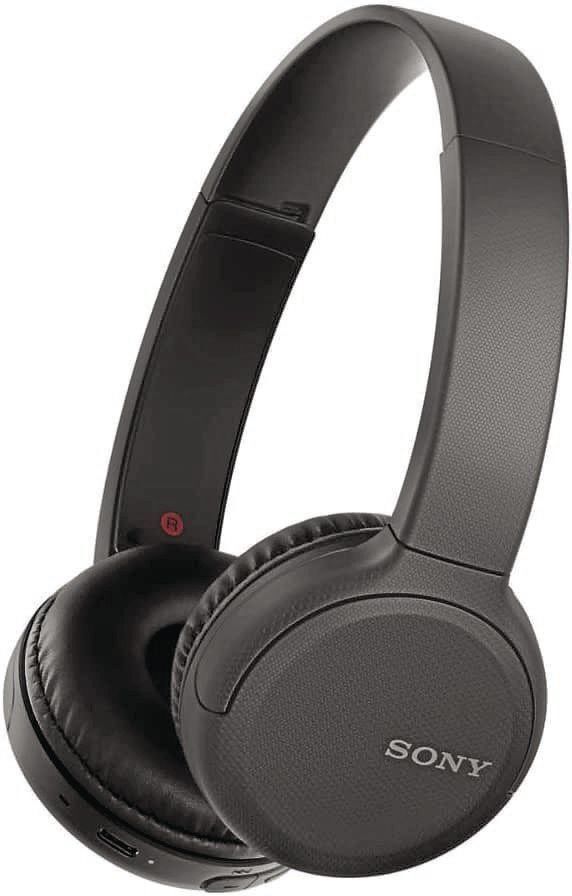 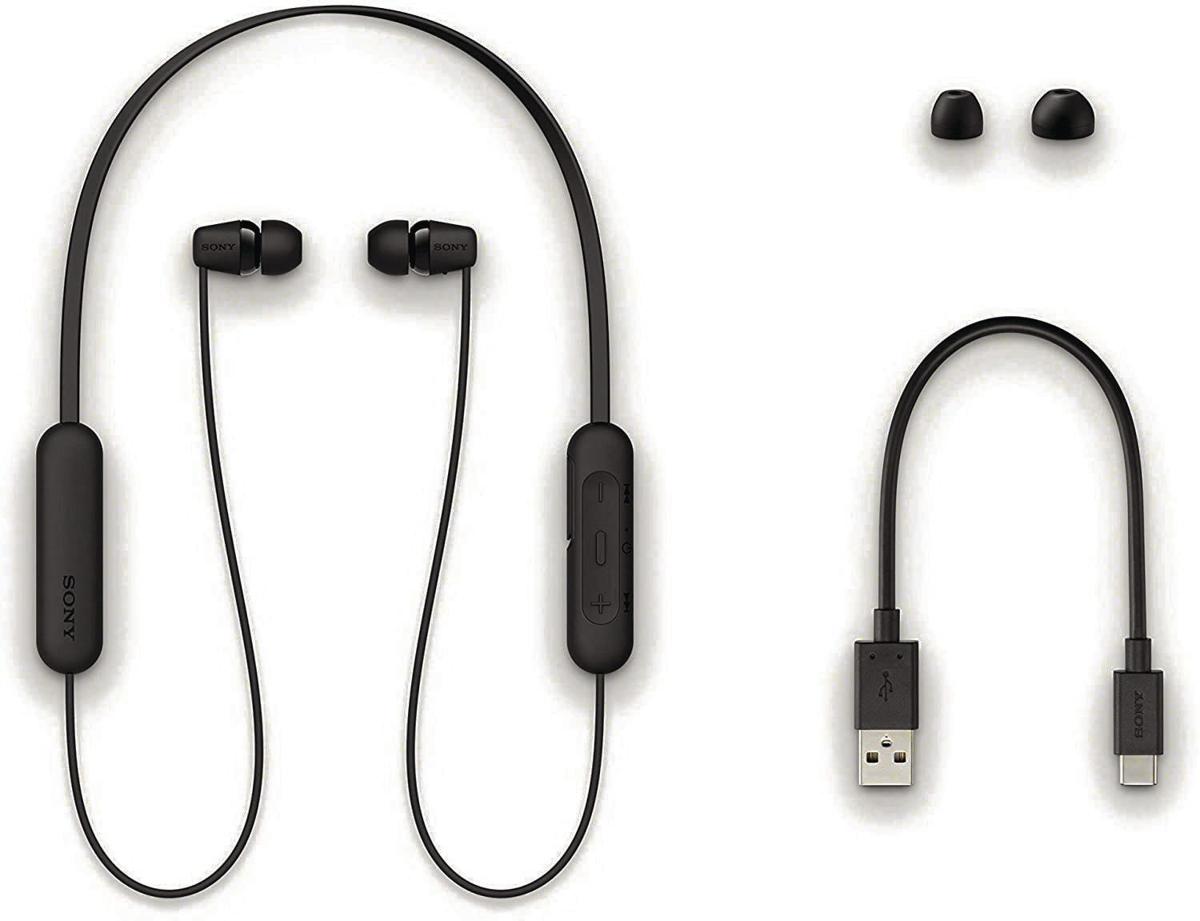 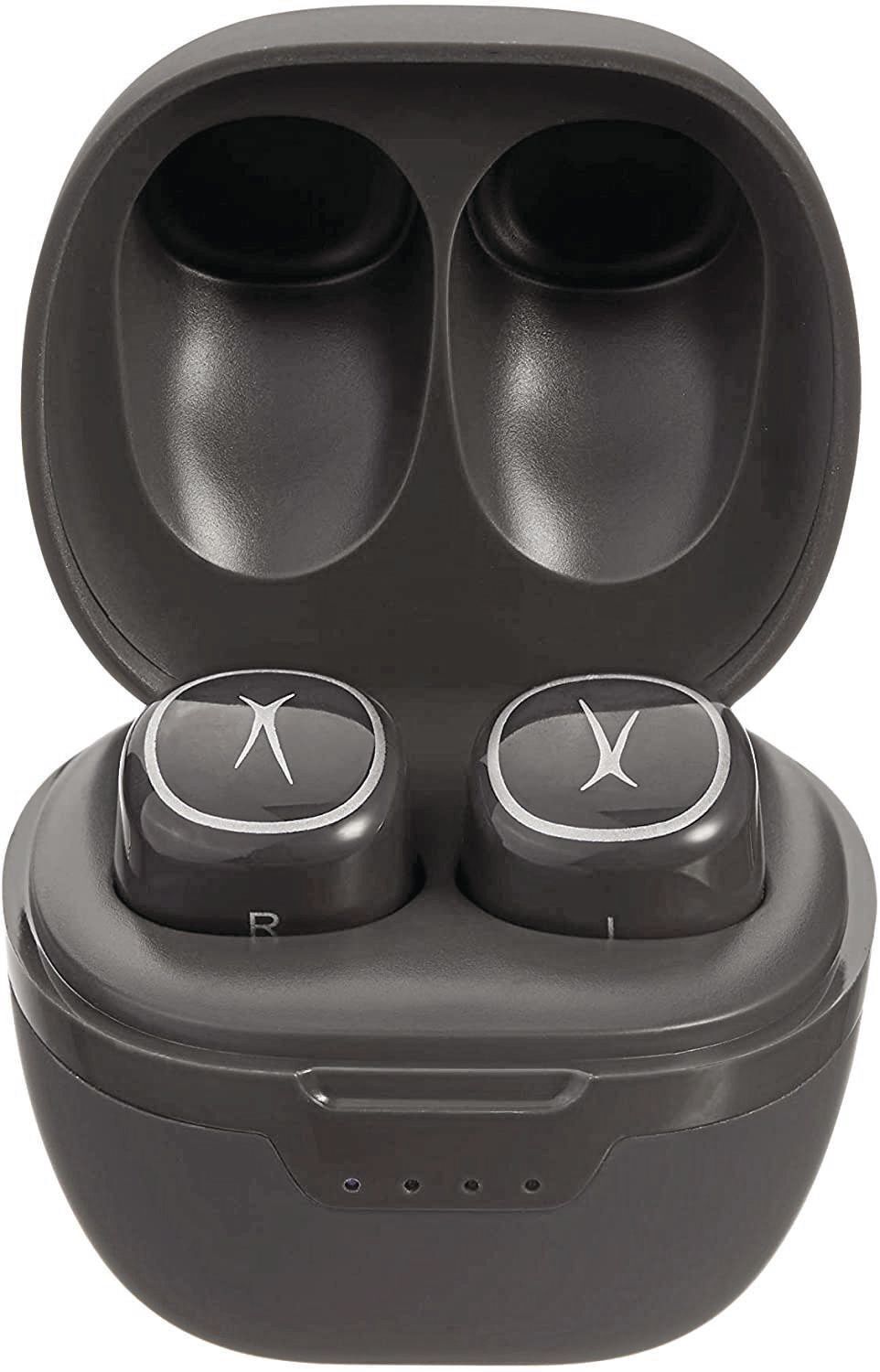 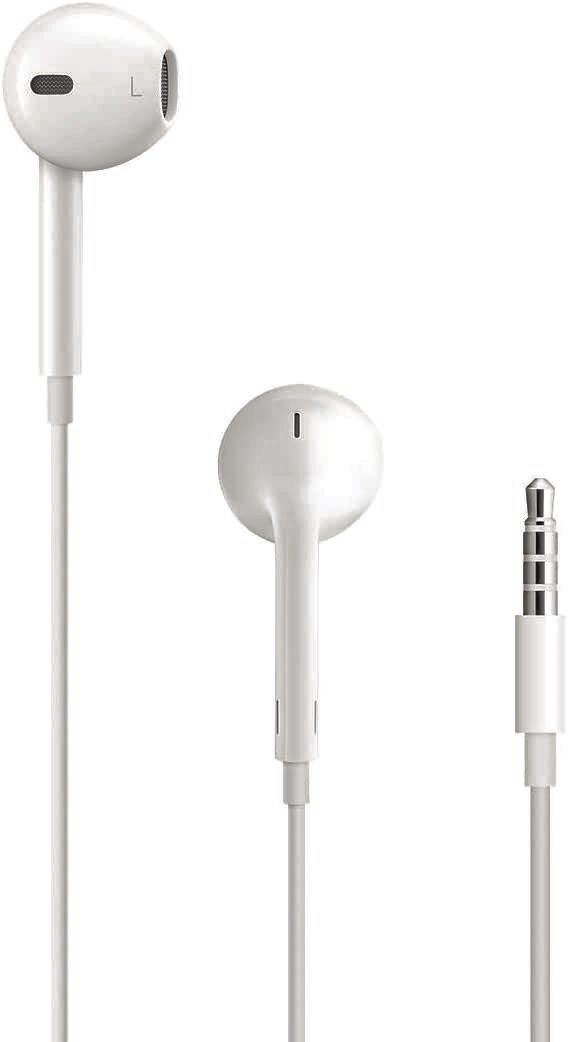 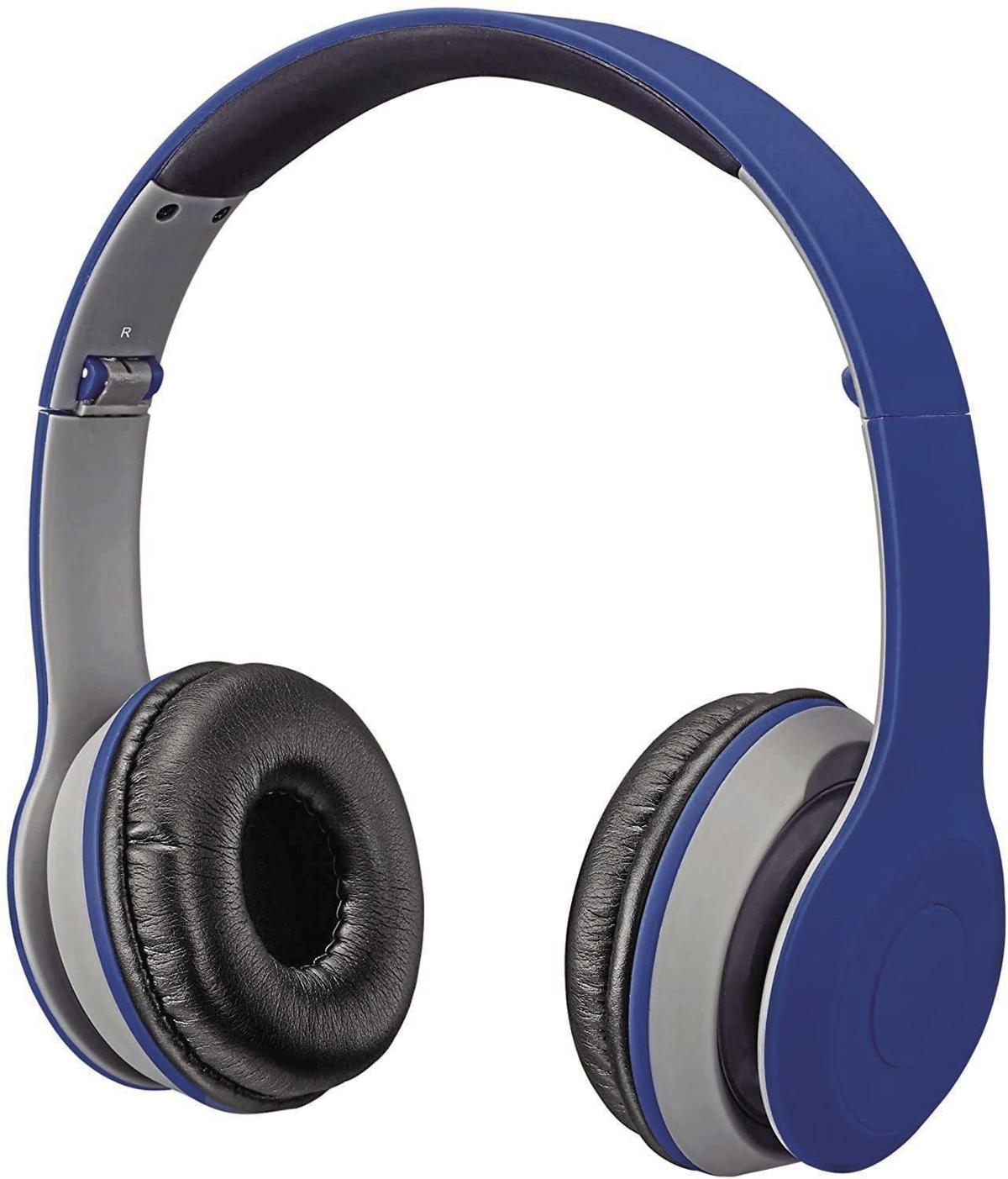