WIND POINT — Complete devastation. That was how Heather Schmitz reacted when she learned her family’s former farmhouse had been knocked down — which was actually when she read The Journal Times September article about it.

“We’re completely, completely devastated and heartbroken,” said Schmitz, whose relative Mary Urhausen owned the Wind Point property just a little over four years ago. “It felt like someone had come in at midnight and stolen all our things. It felt like it was an undercover event. It’s hard to know that that heritage is gone.”

The 1864 cream brick farmhouse at 4021 Lighthouse Drive, formerly known as the Schmitz Family Farm, was torn down in the final week of August. It was believed to be built by Schmitz settlers.

The property was transferred to The Prairie School in 2018 — but it was supposed to be protected by a private conservation easement, as Urhausen arranged with Burlington-based Seno K/RLT Conservancy in November 2006.

A Village of Wind Point building permit application for demolition was filed Aug. 23 and the demolition occurred within days after. Per Wisconsin Uniform Building Code Section 30.08, the village’s authority is limited to ensuring the utilities are disconnected and health and safety issues are resolved — otherwise, the village does not decide whether a building gets demolished.

The Prairie School ordered the garage, about five sheds, a smoke shed, a greenhouse and a structure where baby chickens hatched to also be taken down, Heather said.

The lot still contains some preexisting greenery, and the ground was covered with a straw mulch blanket. Grass has grown over it in the months following.

Plans for the property

The conservation easement had the intent of “permanently protecting” the 19-acre Schmitz Family Farm. The farm could have been the last remaining homesteaded farm in the Racine area on the shores of Lake Michigan, according to the Seno K/RLT Conservancy.

Urhausen promised to pay Seno K/RLT $10,775 to defend the property, according to the conservation easement document. Urhausen died in November 2018 and never completed the payment, according to Seno K/RLT.

When the Prairie School obtained the property in 2018, staff declined to pay for the services in 2019 after a meeting with the land trust. The land trust is continuing its obligations to monitor and protect the easement in spite of non-payment for these services, said Stacy Santiago, executive director for Seno K/RLT Conservancy.

Nathaniel Coffman, president and head of The Prairie School, said in September that the house was “already in disrepair” in 2018 and was “a public safety concern” that was impossible to sustain.

Representatives from Seno K/RLT said they were not aware of the demolition of the home at 4021 Lighthouse Drive until after it was razed.

Coffman said the school “followed all appropriate legal procedures and provisions of the easement.” The easement does not require communication about use, safety improvements or maintenance intended to be performed.

“This is especially true for actions that are improving the land conservation value of the property by transitioning to more open natural areas,” Coffman wrote in an email.

Mark Lesko, president of Seno K/RLT, said even though the easement does not require communication about use or demolition, he would have appreciated having been notified about the actions the school intended to take.

“Landowners with conservation easements should partner with the land trust through active communication and cooperation with our annual visits (assessments),” Lesko wrote in an email. “It is hoped that we work together as we both have stewardship interest in conservation easement status.”

He added Seno K/RLT plans to discuss the issue at a scheduled board meeting in December. The conservancy is investigating all options for easement defense, he said.

The barn on the property from 1862 remains standing. Coffman maintained that there are no plans to demolish it, and there are no further plans for the property other than improving the conservation value, Coffman said.

The school leases the land to a farmer who has grown soybeans the last few years.

“The soybeans make our campus safer by providing clear sight lines from every direction,” Coffman said.

The Prairie School tried for years to buy land from the Schmitzes, including when Heather’s great aunts were alive. Her great aunts had always said “absolutely not,” and left the parcel to their niece, Mary Urhausen, because they thought she had the same vision they did, Heather said.

In the last years of her life, Urhausen had incurred some financial and medical issues — she had little income. She wasn’t mentally at her best, Heather said.

Coffman said Urhausen approached the school in 2013 about the sale.

Prairie promised Urhausen $800,000 for the property, paying her a portion every month, and she agreed. But she died before the school had paid the full amount. Urhausen had only received about $350,000, Heather said.

Heather claimed Prairie representatives knew Urhausen wasn’t in the right mindset, either, and still went through with the deal.

Urhausen didn’t inform the rest of her family that she had planned on selling the farm to The Prairie School.

There was no clause to the sale that ensured the rest of the money went to surviving family members.

“For Prairie to not put in that contract that it should be paid out to the living relatives, that’s sneaky, horrible stuff,” Heather said. “It’s not about the money. I couldn’t have cared less about that. It’s bad business. It’s wrong.”

Once she found out Urhausen had sold the property, Heather met with Prairie staff and made an offer to purchase the home back.

The topic was brought before the school’s board, which did not indicate any interest in selling the property the school just bought.

The Schmitzes got a lawyer involved at that time, but the lawyer said it would be impossible to win a case.

There was nothing the family could really do.

“We don’t have the money to fight Goliath,” Joe said. “It’s going to go nowhere.”

So the family tried as a last-ditch effort to convince the school to keep the property as-is, with everything, including the barn and farmhouse, smoke shed, greenhouse, beehives and apple orchard intact.

They gave the idea to use the property for the students. Heather’s great aunt Cecelia “Cele” Schmitz was a teacher and she would have loved the property being used for educational purposes, Heather said.

“Our last take was: Please leave it,” Heather said.

Joe was taking care of the farmhouse in recent years, such as replacing the windows and making sure the heating was working.

Joe said he would like some monetary compensation because of the repairs he had done.

“I spent thousands of dollars on windows and fixing things. For them to blow it down … I just want my money back that I had stuck in it,” Joe said. “It’s the fact that they destroyed the barn. It’s done, it’s done. It will never go back up. It’s whatever.”

Joe and Heather said the farm was “old school.”

“It was special to Wind Point, not even just to our family,” Heather said.

Joe’s father Albert was born at the farm. Heather recalled memories such as Easter egg hunts; her great aunts hid eggs everywhere around the farm. They would bake Christmas cookies and line a large bench with cookies for neighbors where the eggs typically sat.

“They were very, very active in their church,” Heather said. “Everyone knew who they were and everybody loved them. It was a place to go for anyone in Wind Point. It was truly just a flashback to what it used to be. They were living 100 years in the past.”

The farmhouse contained asbestos that was professionally remediated by a contractor prior to demolition following all appropriate protocols, Coffman said.

Joe said he was in the home before it was torn down and noticed mold in the basement, but the foundation was stable.

“It was as sturdy as they come,” Heather said. “They just didn’t want to spend money on it. Instead of taking care of it, they mowed it down. They were entrusted with a valuable, valuable historical site … Everybody in Wind Point knew it was a treasure.”

“I want people to know what they did,” Heather continued. “They tore it down in silence because what they did was wrong.”

Denmark has approved a plan to build a $34 billion clean energy island in the North Sea. The island, which will be the first of its kind, will…

How healthy are health drinks, really?

How healthy are health drinks, really? 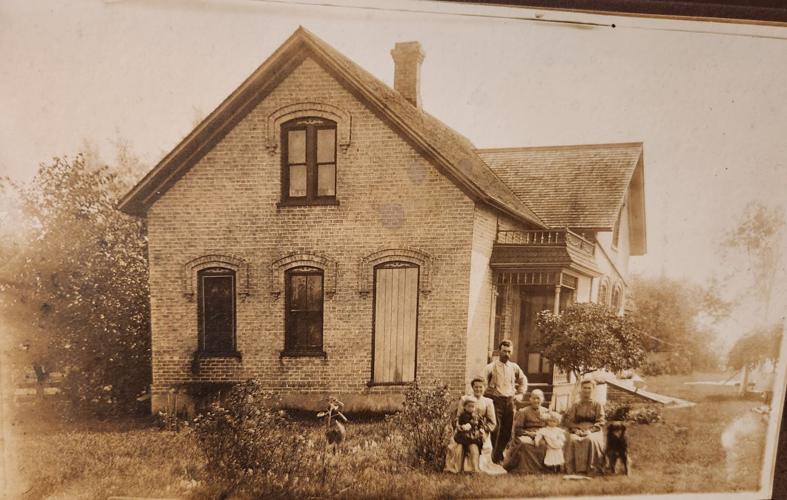 In this 1910 photo, the Schmitz family stands in front of their cream city brick farmhouse at 4021 Lighthouse Drive, which was built in 1864 and torn down in August. 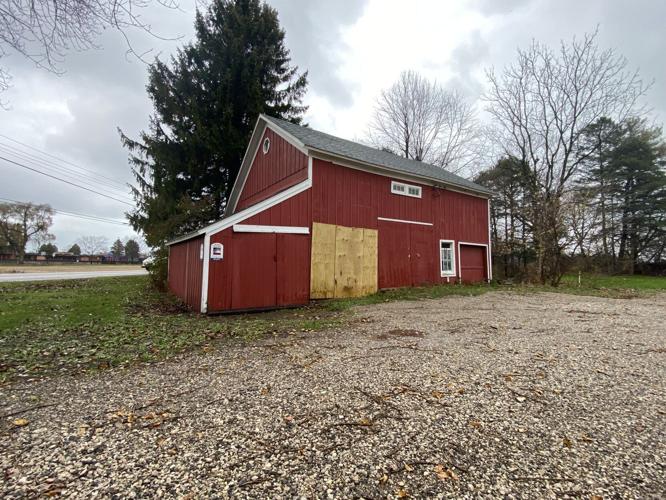 A barn at 4021 Lighthouse Drive, near where a cream brick farmhouse that had stood since 1864 was recently torn down, remains on the former Schmitz family farmstead in Wind Point. This photo was taken Tuesday afternoon, as snow fell on some parts of southeastern Wisconsin but not here.