Previous offerings include a yacht in the form of a swan and another devised to resemble a shark, but Lazzarini Design Studio's latest superyacht concept may be one of its most daring yet.

The Rome-based design team has just unveiled renderings of a brand new 69-meter yacht design with a "gaping hole" right in the middle.

The aptly named Shape concept, which is to run entirely on clean energy, features a huge empty opening in its superstructure, resulting in a wonderfully distinctive silhouette.

Referred to as the "hole deck," the space is accessible via an entrance on the bow and has steps leading down to the sea level, making it an ideal sun lounging area, and can be customized to suit the owner's requirements.

Meanwhile, the upper deck of the yacht is fitted with a glass-bottomed infinity pool, offering swimmers a fabulous view of the open space below.

The living area, located at the rear of the superstructure, consists of six suites, with room for up to 12 guests.

"Because of the stylistic choice of placing a void inside the superstructure, space on The Shape is the real luxury," say the designers.

There's also a beach club with a diving platform onboard, a helipad, a garage full of toys and all of the typical amenities you'd find on a yacht of this stature.

Shape, which has an estimated price of €69 million (around $80 million), will be equipped with a propulsion system powered by hydrogen, and will run entirely on clean energy, with max speed of around 24 knots, or 12 knots when in full electric mode.

The solar panels on its sundeck are to be used to charge all onboard systems.

Although it's still just a concept, the team at Lazzarini say the unconventional design has been getting a lot of attention from brokers since it was unveiled.

If Shape were to be picked up, it would take around 20 months to build and execute, according to the designers.

The distinctive concept is one of a number of new innovative superyacht designs to be unveiled over the past few weeks.

The centerpiece and most important furnishing in any hotel room is the bed, and the foundation of that is the mattress. If you don’t have a comfortable mattress that finds the perfect balance between firmness and softness, chances are you won’t be getting a restful night’s sleep. Given that mattresses last for several years, they’re worth the investment. Although Westin has their signature Heavenly Beds and Hilton uses Serta mattresses, we’re hard-pressed to find a mattress better than the TEMPUR-LuxeAdapt by Tempur-Pedic ($4,499, amazon.com). The luxurious Hotel on Rivington also uses Tempur-Pedic brand mattresses, and this model has multiple layers with comfort and cooling ability in mind, plus a memory-foam mattress that adapts to your body shape.

Switch out your bedding

Hotel sheets are renowned for being soft, crisp and durable. Luxury linen brands such as Frette and Sferra are popular choices for many hotel brands, but their high price point puts them out of reach for many buyers. Looking for a good dupe? Since Brooklinen was founded in 2014, it’s been a major supplier of hotel-quality sheets at a fraction of the price of competitors, thanks to its direct-to-consumer model. The chic-looking 100% linens keep sleepers warm on cold nights and cool on warm nights. We recommend purchasing the Linen Move-In Bundle ($714, brooklinen.com) for the most bang for your buck. It includes one fitted sheet, one flat sheet, one down comforter and four pillowcases, plus laundry detergent.

Play music on a portable speaker

Walk into any luxury hotel room these days, and you’ll undoubtedly see (and likely hear) some type of music player by the bed. Portable speakers have become the preferred swap for the previously ubiquitous radio alarm clocks. Undoubtedly the most common are Bose speakers — as seen at the Dorado Beach A Ritz-Carlton Reserve — as they offer stellar sound and easy connectivity in a small, portable and affordable package. For your house, we recommend the Bose SoundLink Color Bluetooth Speaker ($129, amazon.com), which can be easily carried from room to room and even synced up with other speakers for parties.

Whether you’re in a hip resort room with its own cocktail shakers like the Rosewood Phuket or in a luxe hotel with a popular lounge, chances are you’ll be imbibing during your luxury hotel visit. So bring the mixologist home with a Mixology Bartender Kit ($79.99, amazon.com) that includes a cocktail shaker with built-in strainer lid, three fast pourers for liquor, a lemon squeezer, an ice tong, bottle opener, bar spoon, muddler and measurement jigger. Aside from alcohol and any added ingredients, everything you need to serve up your favorite cocktails is in the set. We suggest consulting our roundup of hotel bars where famous cocktails were invented for some boozy inspiration.

You feel pampered at a hotel, so why not bring that same indulgent feeling to your home? One simple-yet-effective way to create a spa-like, restful ambience in your bedroom is by getting cozy with a silk sleep mask. The Slipsilk sleep mask ($50, amazon.com) is particularly popular for its reportedly anti-aging, anti-sleep-crease and anti-bedhead qualities — not to mention they look absolutely divine.

Get cozy with a new throw blanket

We love things that can serve multiple functions, and a cozy, luxurious throw blanket can do just that. It acts as a cozy wrap when it’s chilly and as an elegant decoration when draped across a chair or edge of the bed. Whether you’re using it while curling up with a book or displaying it as a statement piece, the Connecticut Home Company’s Luxury Faux Fur with Reversible Sherpa Throw Blanket ($23.99, amazon.com) is the perfect home addition. It’s affordable, it’s large, and it has 4.7 stars and more than 2,000 ratings on Amazon, plus there are a dozen colors from which to choose. Go full white or faux fur for a glam luxury hotel look at home.

Sleep in a pitch-black room

Even if you choose to sleep with an eye mask, nothing can create a dark, sleep-inducing environment better than blackout curtains. Most luxury hotels, like the JW Marriott Cancun Resort & Spa, know the importance of pitch-black sleeping conditions and ensure not even a crack of light makes it into your hotel room once shades are pulled. If you want to do the same in your home without spending a fortune, the NICETOWN Thermal Insulated Grommet Blackout Curtains for Bedrooms ($35.95, amazon.com) are the way to go.

The minibars in midrange hotels likely have a couple of cans of soda, domestic beer and plastic bottled water. Yawn. Minibars in luxury hotels pull out all the stops with full-size wine and liquor bottles, locally made granola and candy, and kits for a romantic night, plus gorgeous crystal glasses for a sophisticated touch — like at the stunning Baccarat Hotel & Residences New York. Follow their lead. No matter if you’re sipping a whiskey Old-Fashioned or hydrating with tap water, using a crystal glass will have you feeling like you’re drinking in a classy hotel bar. Available on Amazon, the Marquis by Waterford Markham Double Old Fashioned Glasses ($41.79, set of four, amazon.com) is a chance to own famed Waterford crystal at a value price.

Skip the classic hotel slippers that are flimsy, thin and far too slippery when walking on tile. We think the perfect pair of house slippers are easy to walk in, feel like you’re walking on a cloud and are warm and cozy on the inside. The UGG Coquette slippers are some of the highest rated on Zappos. Expect soft shearling lining, a sheepskin cuff, moisture-wicking lining to keep feet dry and Treadlite soles for traction control. You may never want to wear real shoes again.

Fill your home with fresh flowers

Enter any luxury hotel, and you’ll see a large centerpiece of professionally arranged flowers, or at least a lovely bouquet on the front desk. While seemingly a simple touch, having fresh flowers displayed in your home creates a touch of splendor in addition to adding a lovely scent and visual focus. You could head every week or so to the nearest florist or grocery store, but we like to make things as simple as possible, so we’re endorsing BloomsyBox (prices vary, bloomsybox.com), a flower subscription service. The service includes hand-picked flower bouquets delivered from sustainable farms around the globe, with weekly and monthly plans available across a few different cost categories.

Watch Now: Tricks to get the most out of your tech devices

Watch Now: Tricks to get the most out of your tech devices

Five of the best foods for lowering blood pressure

Five of the best foods for lowering blood pressure

The 50 best small towns to live in across the US

Are you looking for a small town with good schools, tree-lined streets, and community events for the whole family? Here's a look at some of the best small towns across the country.

Here's how to get your free home COVID test kits

Home COVID tests are now available at no cost to most Americans, as part of the Biden administration's effort to increase testing around the United States.

Mars Wrigley, which owns M&Ms, is trying to make the characters — particularly the female ones — more "current." They'll have more prominent placement in ads, with the aim of "a little bit more gender balance."

Sticker shock is a real thing for car shoppers right now: Here's why

The price to buy a new or used car is increasing at a faster rate than the average wage growth in the nation, a study has found.

Doing laundry to get more costly: Prices rising for Tide detergent, other products

Procter & Gamble is raising prices by an average of about 8% for its Tide and Gain laundry detergents, Downy fabric softener and Bounce dryer sheets.

The currently sold out tan-colored masks are not actually edible. There's a large warning on the packaging that says "do not eat bologna masks."

NEW YORK (AP) — “Stop Right There!” Three words of warning — and three words that Ellen Foley credits with launching her career in music.

Has your COVID rapid test expired? Here's how to tell

Rapid COVID-19 tests eventually expire. Here's a crash course on what is meant by expiration for these tests and how to make sure yours is still OK.

Dr. Zorba Paster: If you want to raise smart children, read to them early and often

It’s that connection between you and your child that does the magic.

Snow sweeps across the Great Lakes and into the Northeast 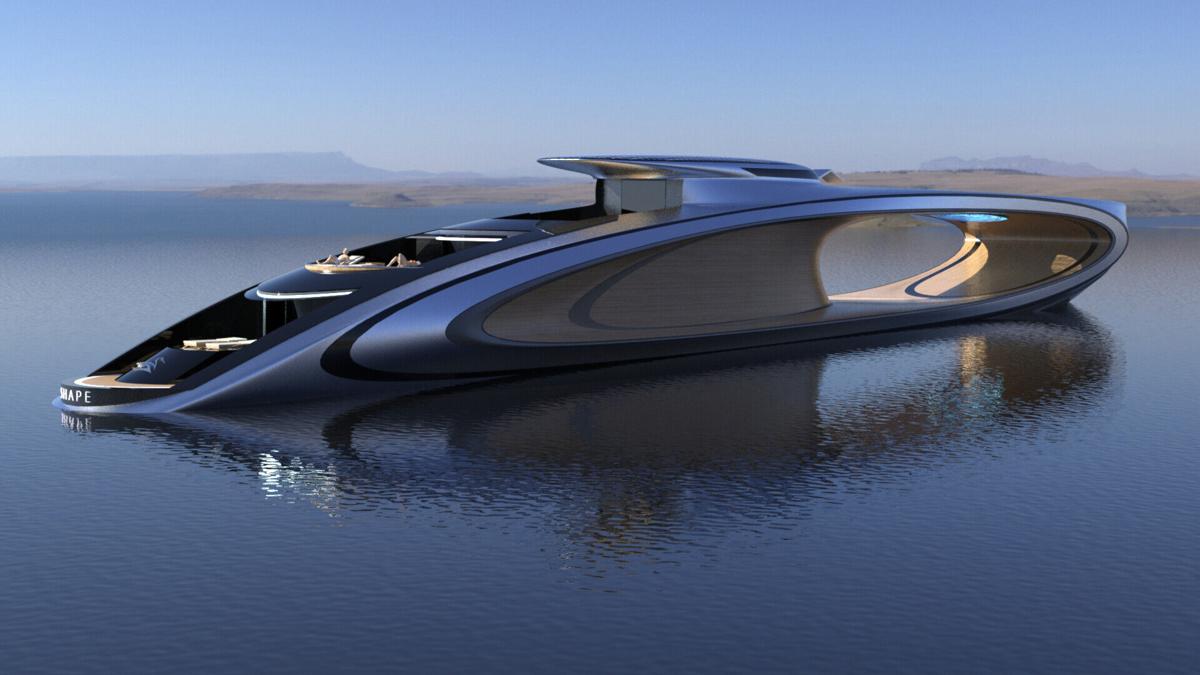 Its estimated price is around $80 million, and the designers say the yacht would take 20 months to construct. 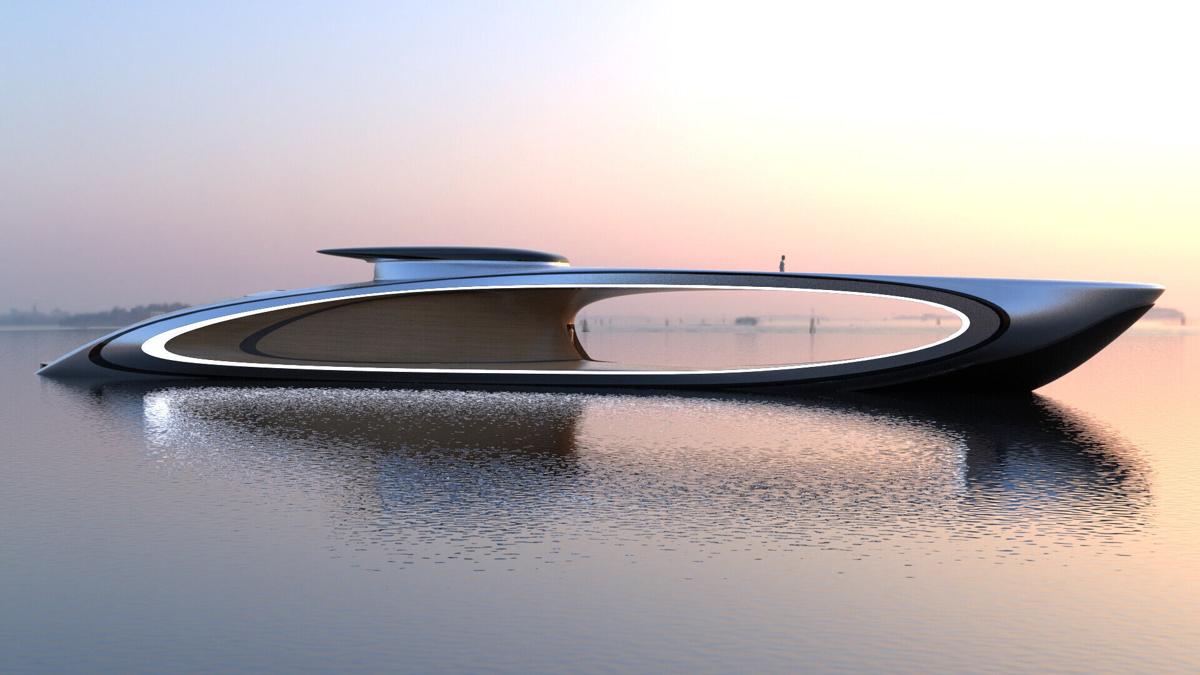 The Shape superyacht has an estimated price tag of $80 million. 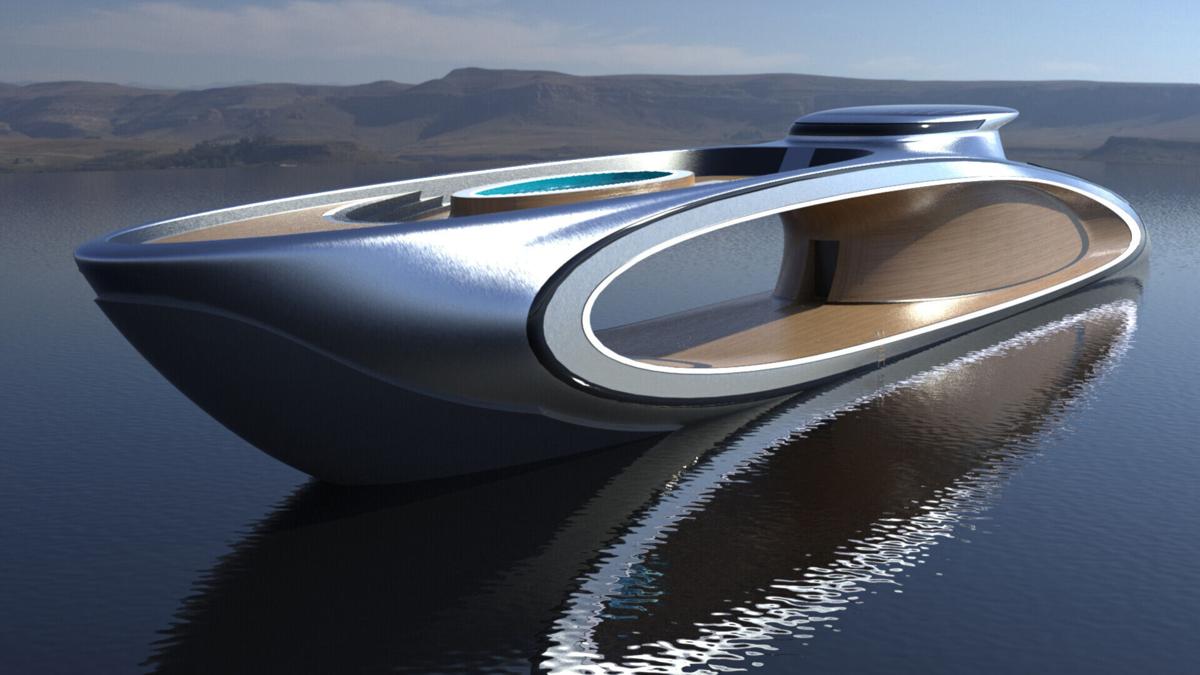 The unconventional superyacht design has a giant space in the middle, resulting in a rather striking silhouette. 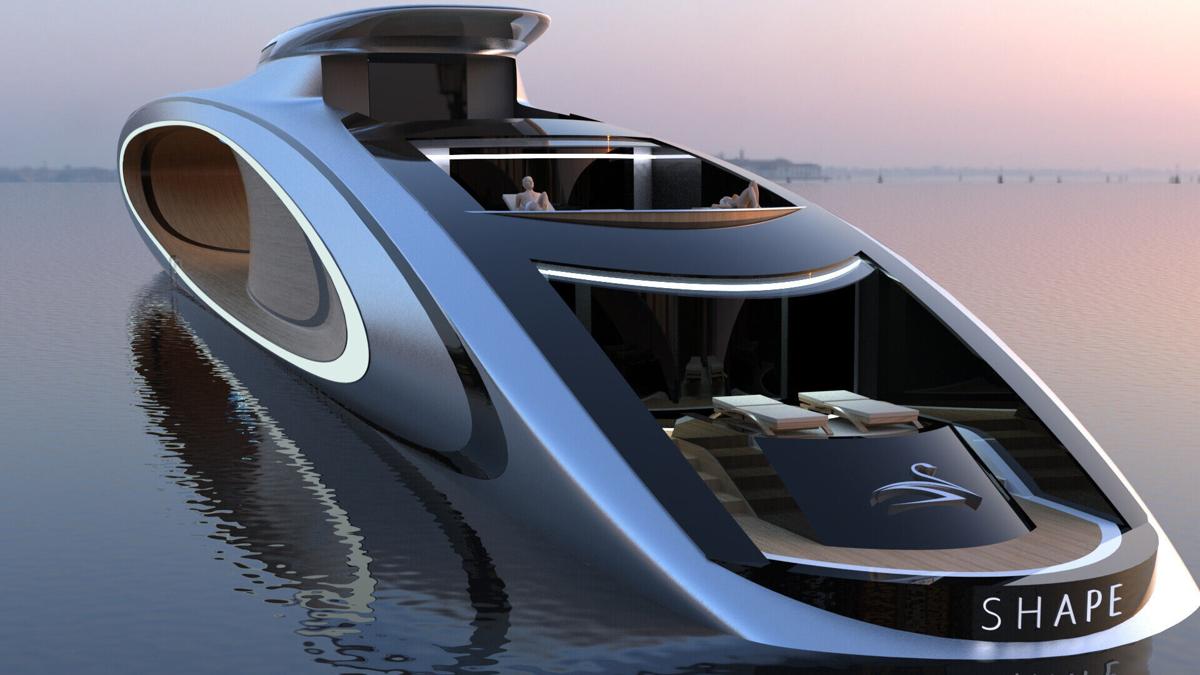 The yacht will be fitted with a glass-bottomed infinity pool, a beach club and a helipad. 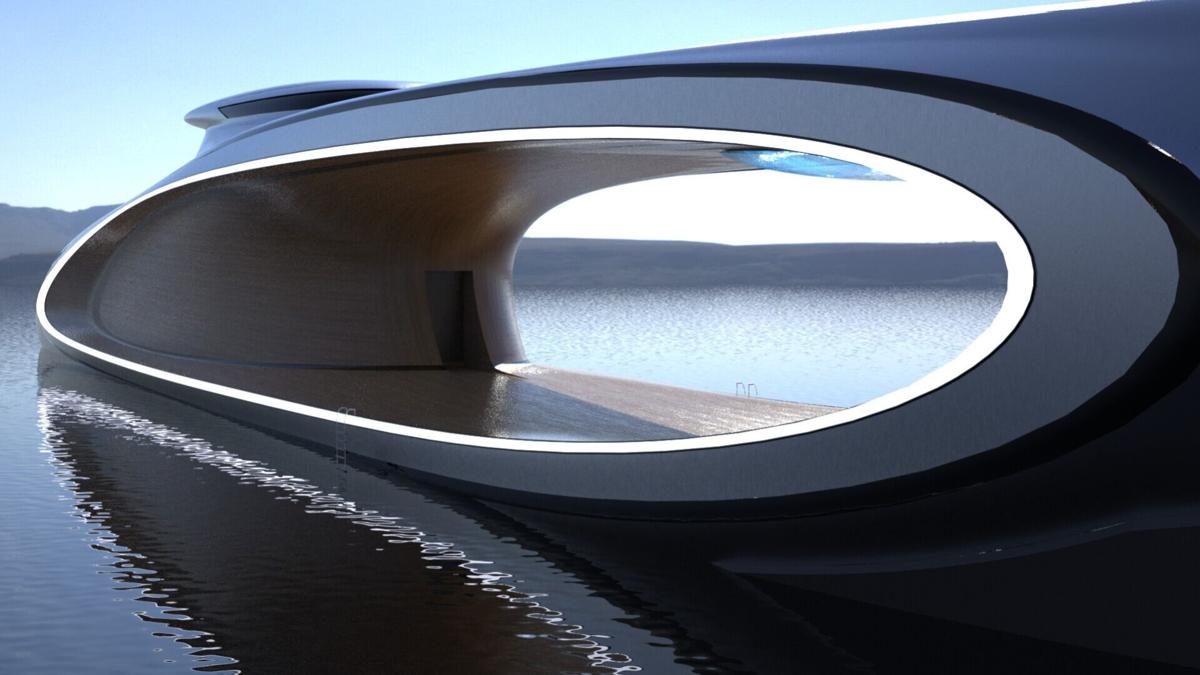 The Rome-based Lazzarini Design Studio has unveiled renderings of its latest concept Shape.