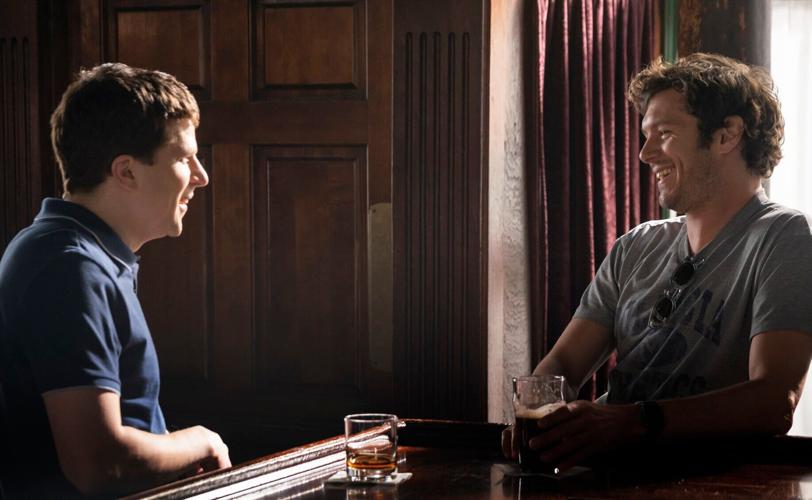 Toby (Jesse Eisenberg) shares a laugh with Seth (Adam Brody) in "Fleishman is in Trouble." 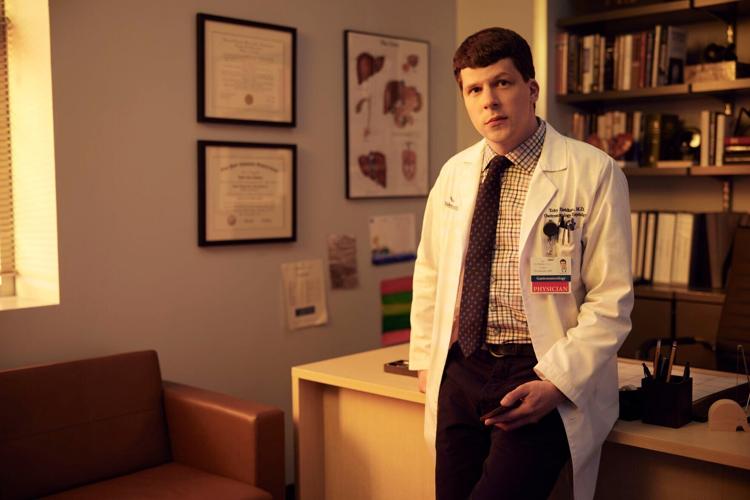 Jesse Eisenberg plays Toby Fleishman in "Fleishman is in Trouble."

No story about friends goes as deep as “Fleishman is in Trouble.”

Looking at life after divorce, the eight-part limited series shows how Toby Fleishman (Jesse Eisenberg) relies on his friends to help him through some of the landmines life offers. When his ex, a powerful agent (Claire Danes), drops off their kids for the weekend and vanishes, he doesn’t know where to turn.

That’s where the friends – a married writer who can relate to the feelings of entrapment and a swinging bachelor who’s afraid adulthood may have passed him by – figure in. They serve as sounding boards, shoulders and examples for the man who was too caught up in work to realize there’s life outside his apartment walls.

He hits dating apps, tries to deal with his children’s disappointment and, always, comes back to those friends for counsel and comfort.

Lizzy Caplan, who also narrates the intriguing series, plays Libby, the magazine writer who wonders if she left her own unfinished business. Adam Brody plays Seth, the business bro with arrested development.

When the three are together, “Fleishman” is particularly potent.

Eisenberg is good, too, when he’s in play with the children (Maxim Swinton and Meara Mahoney Gross), trying to give them the life he feels his wife may have snatched away. Danes is immediately recognizable – ambitious and anxious, worried choices she made were clearly the wrong ones. When she disappears, a hole opens up.

Based on her best-selling book, Taffy Brodesser-Akner’s script is like conversations with friends. Just when you think it’s drifting into a therapy session, it jumps out and becomes that unpredictable story of life everyone encounters.

Much more adult than we’ve ever seen him, Eisenberg has great moments in the hospital (he’s a liver doctor) where he can’t control outcomes – his own or others’. He handles the restlessness nicely and tracks the realization that what matters most isn’t sandwiched between 9 and 5.

He attempts normalcy for his children but also wants excitement for himself. It’s amazing how his emotions become ours and how his trouble somehow has a relationship to our contentment.

While Danes is absent through much of the series, she looms over everything that happens. You want to blame her for the trouble, but when you hear her story (well told in a single episode), you get why she is the way she is.

“Fleishman is in Trouble” doesn’t provide quick solutions or even happy endings. But it does show the value of reaching out to someone who could be a lifeline.

Never mind if the person on the other end is screwed up. He or she could be the ear you need.

Caplan’s narration guides the journey and makes the trip rewarding. When she and Brody get a minute to size up their friend, “Fleishman” does more to capture the value of friendship than any number of episodes of “Friends.”

“Fleishman is in Trouble” begins Nov. 17 on FX on Hulu.

Forty-game winner Amy Schneider capped her big year by winning a hard-fought "Jeopardy!" tournament of champions in an episode that aired Monday.

Called it: Charli D'Amelio wins 'Dancing with the Stars' but that wasn't the only surprise

We called it last week. Charli D’Amelio and Mark Ballas won this season of “Dancing with the Stars.”

Nothing beats a little face time with Santa Claus.

Considering she has been a part of more than two dozen Christmas films, it’s likely there wasn’t any angle Candace Cameron Bure hadn’t explored.

Charlie Brown's optimism: Connor Barr says his outlook helps with being an actor

Ever wonder what kind of career Charlie Brown might have?

These are the 100 best TV show seasons of the 21st century, according to critics

Megahits like "Breaking Bad," "The Sopranos" and "Mad Men" made the cut, but other huge successes like "Law & Order"— with all its spinoffs — aren't in the top 100, according to critics at least.

'Jeopardy!' fans are frustrated by this controversial Bible clue

"Jeopardy!" fans are confused and more than a little miffed after a controversial Final Jeopardy! clue divided contestants in the final rounds of the program's "Tournament of Champions."

Michael B. Jordan was offered directing tips from Bradley Cooper and Denzel Washington

Toby (Jesse Eisenberg) shares a laugh with Seth (Adam Brody) in "Fleishman is in Trouble."

Jesse Eisenberg plays Toby Fleishman in "Fleishman is in Trouble."