Braylon Backaus, 11, of Black River Falls got to live out a dream Sunday when he was one of 32 young fans selected to be part of a National Football League television commercial and run onto the field before Super Bowl 54.

The commercial, a tribute to the “Next 100” honoring the NFL’s 100th season, featured several of the league’s biggest stars of all time, including Brett Favre, Joe Montana, Peyton Manning and Drew Brees. The recorded portion blended seamlessly into the live moment in which Braylon, sporting a Green Bay Packers jersey, and kids representing each NFL team sprinted out of the tunnel and onto the field at Hard Rock Stadium in Miami.

“I’ve never heard a crowd that loud. It blew my mind,” Braylon said. “I liked pumping up the crowd.”

Braylon resumed classes Tuesday at Red Creek Elementary School in Black River Falls after returning Monday from the five-day Super Bowl getaway he won when his family submitted a personal highlight video to an NFL contest.

Though his plane may have brought him back to earth when landing at Minneapolis-St. Paul International Airport, Braylon clearly remained on cloud nine.

“It was like the best time I’ve ever had in my life,” Braylon said Tuesday, a day when his friends peppered him with questions about the experience. “It was so much fun.”

The journey began last fall when the family, as they watched Packers games, noticed commercials featuring Hall-of-Famer Deion Sanders talking about how the NFL needs 32 kids to be in the next Super Bowl commercial.

“We’re looking for the next generation of superstars, ages 9 through 12, to share the limelight with yours truly,” Sanders said, instructing parents to send in a highlight reel showcasing their kids’ moves.

So that’s exactly what Braylon’s parents, Cassandra and Joe Backaus, did.

As luck might have it, Braylon’s uncle Jack Taylor Jr., a professional videographer, had filmed one of the boy’s flag football games and created a highlight video as a birthday present.

With some editing to get down to the NFL’s one-minute limit, the video features Braylon making leaping grabs and juking opponents en route to scoring multiple touchdowns. Set to music and including slow-motion scenes of players diving for Braylon’s flags, the video impressed the Packers enough that they selected Braylon for the honor.

“Congratulations on being selected to represent the Green Bay Packers in the NFL Next 100 Super Bowl Commercial,” Packers President Mark Murphy said in a letter to Braylon. “Your highlight video was awesome and we know that you will do a great job rocking the green & gold on TV!”

The hard part, Cassandra said, was keeping the whole thing a secret from Braylon, friends and family for several weeks after official notification from the Packers. His parents kept telling their son that he must have only been a finalist.

Meanwhile, Cassandra, a Minnesota Vikings fan, found herself secretly pulling for the Packers to make it to the Super Bowl so the trip would be even more special for her son, whose allegiance is clear. “The Packers are my favorite team. They always have been and always will be,” he said.

On Jan. 23, the family finally got the go-ahead to break their silence, so they created a ruse to get Braylon to join the whole family in the living room while Taylor supposedly filmed the crew singing along with Cassandra’s father for a church event. At some point, the family played a video on their TV that was created by the Packers for Braylon.

The boy’s eyes widen and he exudes disbelief as Packers star running back Aaron Jones, standing in front of the team’s four Lombardi trophies, addresses him: “Hey, what’s up, Braylon?” and proceeds to tell him he has had been selected to be in the commercial.

“I’m going to the Super Bowl?” an astonished Braylon asks, prompting his dad to nudge him and declare, “You’re going.”

“Yes!” Braylon says, raising his arms in triumph. “I’m going to the Super Bowl. That is awesome.”

The Packers posted a video of the joyful moment on the team’s official website.

Taylor, the proud uncle, agreed and said he was thrilled that Braylon earned the trip and hopeful the story could inspire other youths to believe that “big things can happen even to a kid from a small town like Black River Falls.”

The recognition came with an all-expenses-paid trip for two to the Super Bowl, so Joe accompanied his son to Miami, where they reveled in the hubbub surrounding the big game and even got to see Demi Lovato practice singing the National Anthem while boys and girls representing the teams rehearsed their part in the commercial.

Braylon also got to catch a pass from Arizona Cardinals quarterback and No. 1 overall pick in the 2019 NFL draft Kyler Murray, whom the fifth-grader explained won the Heisman Trophy in college and was named NFL rookie of the year.

“It was all pretty amazing,” Joe said. “It was very exciting for all of us.”

The highlight for the whole family, however, was the moment Braylon ran onto the field. Watching on TV back home with other family members in Black River Falls, Cassandra was overwhelmed seeing her son burst onto the screen and dance in the middle of field in front of a stadium filled with cheering fans.

“I kept thinking, ‘Is this really happening?’ He was just living a dream,” she recalled. “This is a story we’ll tell for the rest of our lives.”

“I’ve never heard a crowd that loud. It blew my mind. I liked pumping up the crowd. ... It was like the best time I’ve ever had in my life.”

Renewed TV shows 2020: Find out which series will return for another season

Get a full rundown of all of the series returning for new seasons this year.

All Steve-O really wanted was attention.

Fran Drescher sings a new tune: ‘The Nanny’ as a Broadway musical

LOS ANGELES – “The Nanny” was the “chance of a lifetime,” Fran Drescher says.

“Home Town Takeover,” hosted by Ben and Erin Napier, is hitting the road in 2021 to produce a six-episode series making over a small town somewhere in America, and Columbus hopes to be on their list.

'The Man' is set to put her women's championship on the line against Asuka on 'Raw.'

A video from a Madison city committee meeting made for some laughs on late-night talk-show host Jimmy Kimmel's show Monday night. 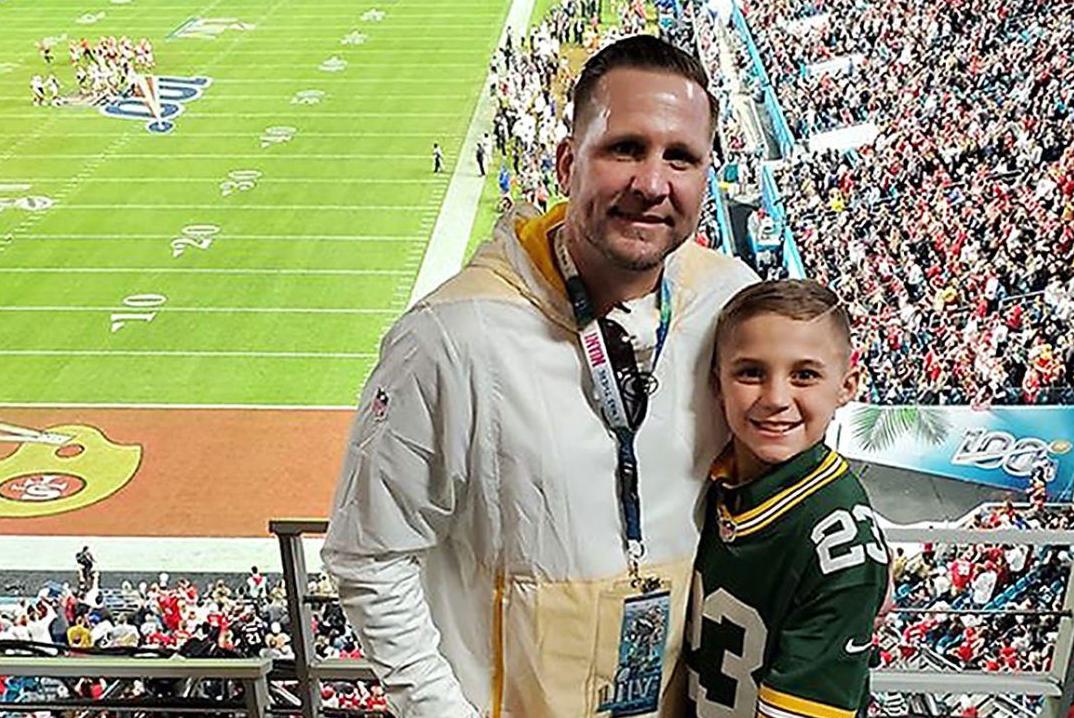 Braylon Backaus and his dad, Joe, of Black River Falls pose, during Sunday’s Super Bowl at Hard Rock Stadium in Miami. Braylon was selected to represent the Green Bay Packers in the NFL’s “Next 100” TV commercial and got to run onto the field before the game. 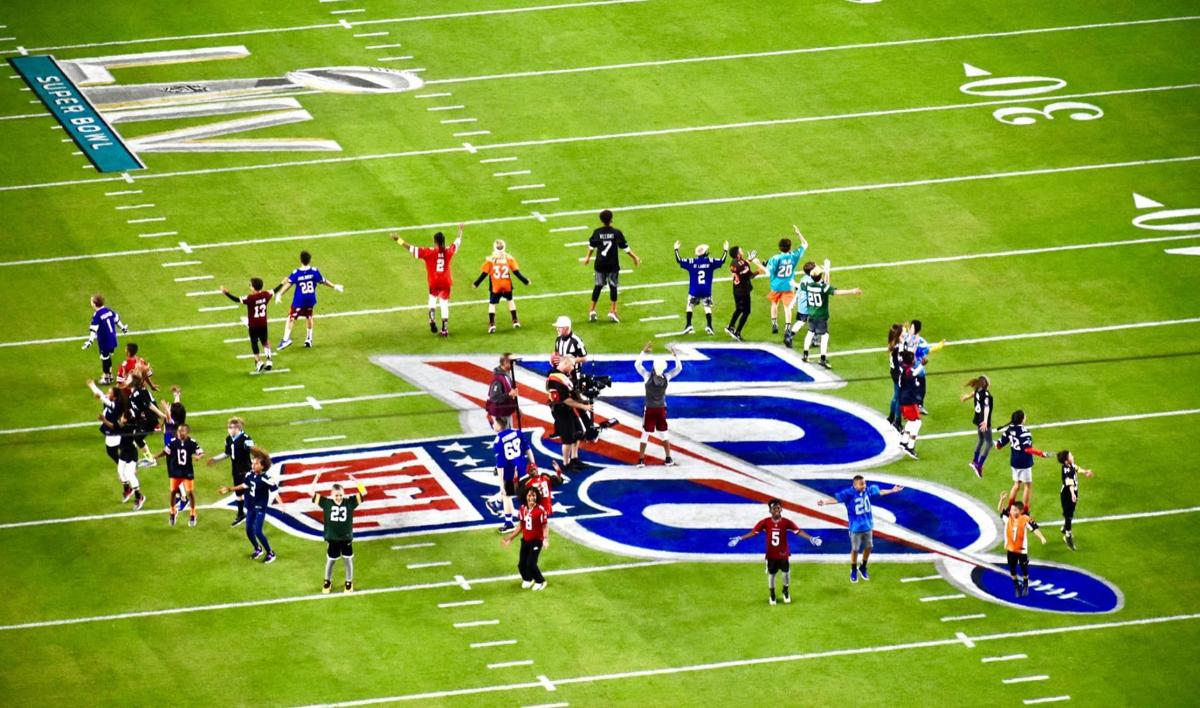