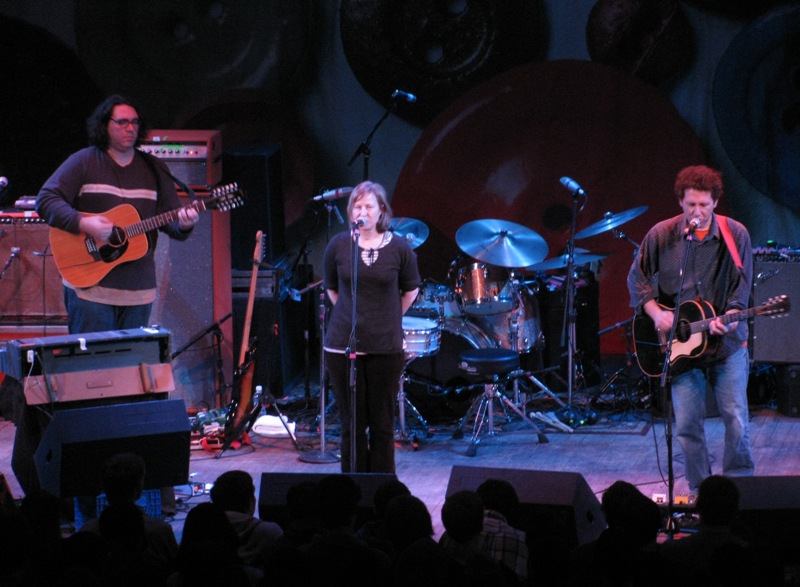 Yo La Tengo performing Saturday night at the Barrymore Theatre. 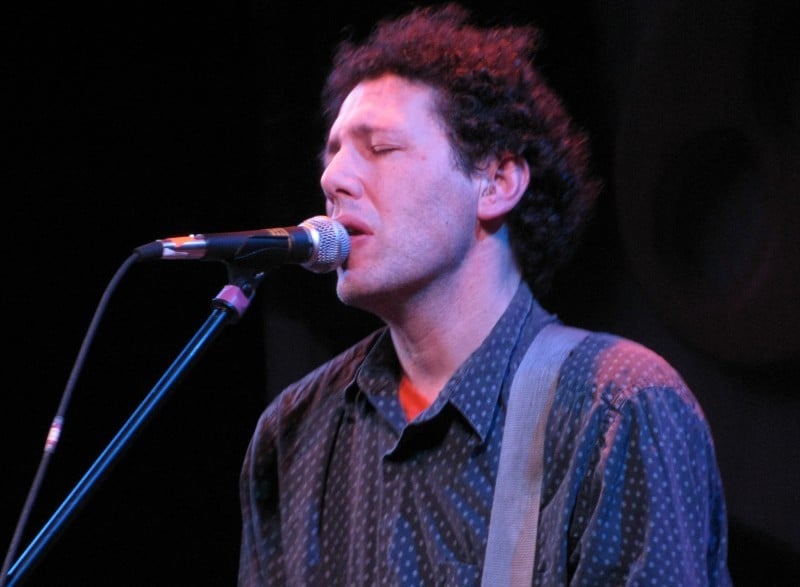 If Yo La Tengo's sublime sense of pacing at their show Saturday at the Barrymore Theatre had to be distilled into one song, it would be "The Story of Yo La Tango," off their 2006 album "I Am Not Afraid of You and I Will Beat Your Ass."

It's epic to the point of conjuring the entirety of evolution. The song's long, burbling buildup sounded like amorphous slop congealing into a soup of dumbly agitated amoebas. Slowly, the song found fins, legs and then wings as the guitar slid into a voice and the percussion solidified into a beat, at which point the whole mess exploded into a full-bodied electric blaze of rock. When it maxed out in a roar so deafening that my eardrum ossicles made their own feedback in protest, frontman Ira Kaplan flipped his guitar into a primal scream of reverb that seemed to nuclear-fuse all the pain of the human condition into a dot.

The encores that followed this 15-minute masterpiece -- including a discombobulated duet with opener Times New Viking and a few requests -- soothed the nerves "The Story of Yo La Tango" frayed, but ultimately felt somewhat inconsequential to the evening as a whole.

Actually, that's just fine. A loose finale suited the show well, for contrast's sake. Throughout their two-hour set, the trio held the reigns tight on the performance. They walked on with no hellos and lit into 40 minutes of straight music-making. It kicked off with the slinky '60s British beat of "Periodically Double or Triple" off last year's "Popular Songs" -- a song ripe for the kind of dramatic pause they gave it midway through, the band as still on stage as a nervous rabbit on a lawn, before tearing back into it.

From there, they moved seamlessly into pensive lullabies and brittle reverb that fattened into throbbing, muscular guitar solos. Yo La Tengo so gradually works up and fades out a heinous bellow of feedback that the body feels the carthetic resolution before the mind has registered that it's happening.

They came up for air after 40 minutes, and Kaplan warmly thanked everyone for coming.

"I think it was 1990 the first time we were here. Before you were born," he joked with the audience, promising a "nice family evening" for both parents and kids. (According to the Barrymore log of past shows, Yo La Tengo didn't play the theater in 1990, so he must have meant "here in Madison.")

The second half of the show started out lighter (the dreamy, swaying "The Weakest Part") and plumbed the funkier, psychedelic side of Yo La Tengo as well as sleepier songs like "I'm On My Way," for which Kaplan, drummer Georgia Hubley and bassist James McNew stood in a line and sang gorgeous harmony together. (At the top of the song, Kaplan started a recorded drum loop and then abruptly stopped it to clarify that it was not a drum machine but culled from six hours of tinkering around in the studio on real drums. Authenticity established, he started it up again.)

"What's with the slow songs?" a guy demanded from the balcony. He was immediately shushed. But it must be said: for a band bestowed so much geeky indie rock adoration, it was surprising how many people in the audience yakked blithely throughout the show. Not "Getting another beer, what do you guys want?" but full, drawn-out conversations that distracted from the quieter moments in the music.

Slow Song Hater got his wish, anyway, as Yo La Tengo built up to the show's peak, "The Story of Yo La Tango." But Kaplan was, as ever, the master of the night, and it was all according to plan and not at the whimsy of drunken preferences. The band crafted their live performance Saturday as a fully mature arc, loose but in command. Twenty-five years after forming, they're as lucid and inventive as ever.

Yo La Tengo performing Saturday night at the Barrymore Theatre.