How Kelsey Miles went from chemistry to music, organically
0 Comments
Share this

Kelsey Miles said she struggled at first to see if there was a connection between her dual interests in chemistry and music.

“And I realized that I was really drawn to chemistry for the creative side. I was given a problem and I could solve it, but I could be creative in solving it,” said Miles, who has a doctorate in organic chemistry from UW-Madison, where she is just wrapping up a teaching assignment. She’s also a full-time musician, playing as many as five shows a week.

“So, I think they are really tied together,” she said. “It’s really the creative aspect of chemistry that I liked so much.”

Miles’ most recent single, “Save My Soul,” is about her transition from chemistry to music. She said the song is about impostor syndrome — doubting your abilities and feeling like a fraud — and how music helped her through that feeling. Miles said anyone who’s made a big shift in their life should relate to it.

“Music came into my life and completely turned my world upside down, in a really good way,” she said about a transformation that started seven years ago.

Miles, 33, grew up in Greenville, Ohio, an hour north of Dayton, and moved to Madison in 2013 for graduate school. After getting her doctorate in 2017, she started working full time as a musician.

Before long, she took a job as a chemist at a now-defunct startup pharmaceutical company to pay the bills. She worked part time so she could still perform music.

The drug company job lasted a year and then she went back to music full time. After COVID-19 hit, Miles taught part time at UW-Madison and started using the platform Patreon.com to reach fans and earn money for her videos. As of Wednesday, she had 33 patrons on the crowdfunding site, collectively contributing $666 per month.

Learning how to livestream and get her blues-rock-country music into the homes of her fans took a lot of trial and error, she said. “Lots of messed up cameras and audio issues. It was fun, though. I even set up a cooking night, because I didn’t want people to eat alone.”

During the pandemic, Miles took guitar lessons and learned to play piano. She was also able to hire an audio engineer.

In October, she’s planning to play the songs she’s written for her fans and have them help her choose which ones will go on her yet-untitled second album.

Miles has a busy tour schedule this summer, traveling around Wisconsin.

The show will provide Miles’ biggest audience since she opened for Whiskey Myers at Live on King Street in 2019 before several thousand people. “Opening for Wynonna Judd is just exciting for me personally because I think she’s amazing,” Miles said.

As live performances have resumed, Miles said her streaming is still going strong, with her fans telling her they want to continue to support her that way.

“In order to make a living as a full-time musician, if you don’t have a huge following and a hit song, you’re playing lots of shows,” Miles said. “My goal is never to be a bar musician. And instead of leaving, (the fans have) stayed because they just believe in what I’m doing. That’s what they tell me.”

Betty Gillett, 54, supports Miles at the highest Patreon level, about $100 a month, because, Gillett said, she feels strongly about Miles’ message.

“It’s not just her message. It’s her impact on society and on everyone around her that needs her positive energy,” said Gillett, of Brodhead.

“She’s not positive in the way that, ‘Oh, I’m ignoring all of life’s troubles’ and things like that, but she’s real. She connects with people and she brings them to a higher level of encouragement and power.”

Gillett, a nurse, said she’s been a fan of Miles since the first time she heard her play, about three years ago, at the Anchor in Edgerton.

She said she doesn’t see Miles live as often as she would like, but she follows her on Facebook and through her livestreams.

Miles does a livestream at 9 a.m. every Thursday supported by Patreon called “Coffee with Kelsey.” She usually freestyles some songs and takes requests from the chat.

When she moved to Wisconsin, Miles said, she was going through a tough time. She was in a doctoral program at Ohio State University, and, when her adviser didn’t get tenure, she needed to find a new adviser. She was also leaving an abusive relationship.

Moving to Wisconsin was a chance to start fresh. She didn’t know then that she was a musician. She worked in the lab close to 80 hours a week, and late at night, when she thought everyone was gone, she would sing. She called it a coping mechanism.

One night in 2014, she stopped at Karaoke Kid on University Avenue and someone offered to lend her a guitar, but she didn’t know how to play it. “And she said, ‘Well, you should learn because you’re a good singer.’”

So Miles took a couple of group lessons and learned more on YouTube. Within five months, she started playing open mics. She was immediately writing songs. “I had a lot inside that I hadn’t healed yet. And music really helped me organize those feelings,” she said.

At one of the open mics, a woman came up to her and told her story that involved an abusive relationship. She told Miles that a song she sang meant something to her.

That song, “Red,” from Miles’ first album, “Play It Again,” is “about not letting fear be in control,” Miles said.

“I just realized that music heals,” she said. “Music healed me and it continues to. It can heal everybody. And so it’s not about me. It’s about how we can all feel more connected through music and know we aren’t alone in whatever we’re going through.”

Appealing to all ages

To that end, the singer-songwriter has teamed up with Joanne Adducci, a friend and life coach, for a weekly livestream on YouTube that they plan to turn into a podcast within the next month. Since March, the two have been putting out episodes of “Lyrical Lessons for Life” at 11:45 a.m. on Fridays.

“We had someone actually saying this is her weekly therapy,” Adducci said. “She loves to join us because she feels fueled and just has a lighter feeling about herself after listening to us. It’s such a special thing to be able to have an organic conversation that impacts other people.”

Adducci, 52, said the 19-year age difference between her and Miles allows them to connect with people as young as 20 and as old as 70 through their show. “The conversation that we have is timeless and ageless.”

Miles picked up harmonica three years ago and said it’s a good skill to have, particularly when she tours through Nashville, St. Louis or Florida.

The ratio of covers to originals Miles plays depends on the show. For example, for a festival gig in Charleston, Illinois, before about 500 people over the Fourth of July weekend, she played only one cover tune in an hour and 15 minutes.

For some shows, like when she plays for three or four hours at Madison’s East Side Club, she includes only about 25% original music. “I’m hired by the venue to entertain, and a lot of people like to hear songs they know,” she said.

Gillett said she appreciates how Miles started out in science and academia, but is pursuing her passion.

Miles found her voice and the “courage to be who she wants to be,” Gillett said. “I just think that’s a fantastic message and in many ways I feel like she’s my voice.”

Gillett said she’s completely aligned with Miles’ message of empowerment and “realizing our uniqueness and our power.”

Miles, she said, is “a light in society and I just want to do whatever I can to make that shine brighter.”

On Friday at 5:30 p.m., they're scheduled to play the Orton-Front Festival in what could again be their final performance, at least with the current configuration and name.

Heather Colbert talks about her son, "J", 15, who experienced bullying and was beaten up at school 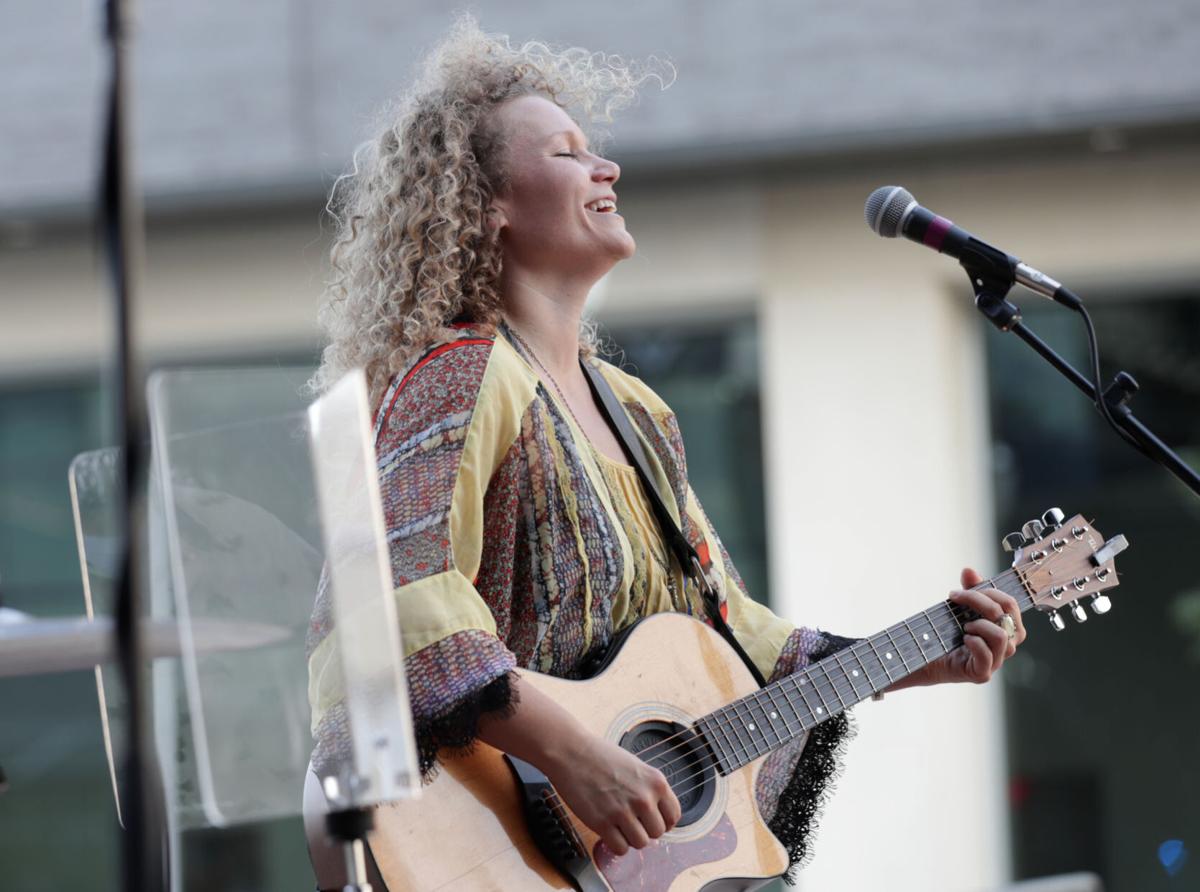 Kelsey Miles performing at The Sylvee Side Stage on July 24. "Music healed me and it continues to," said the singer-songwriter. "It can heal everybody." 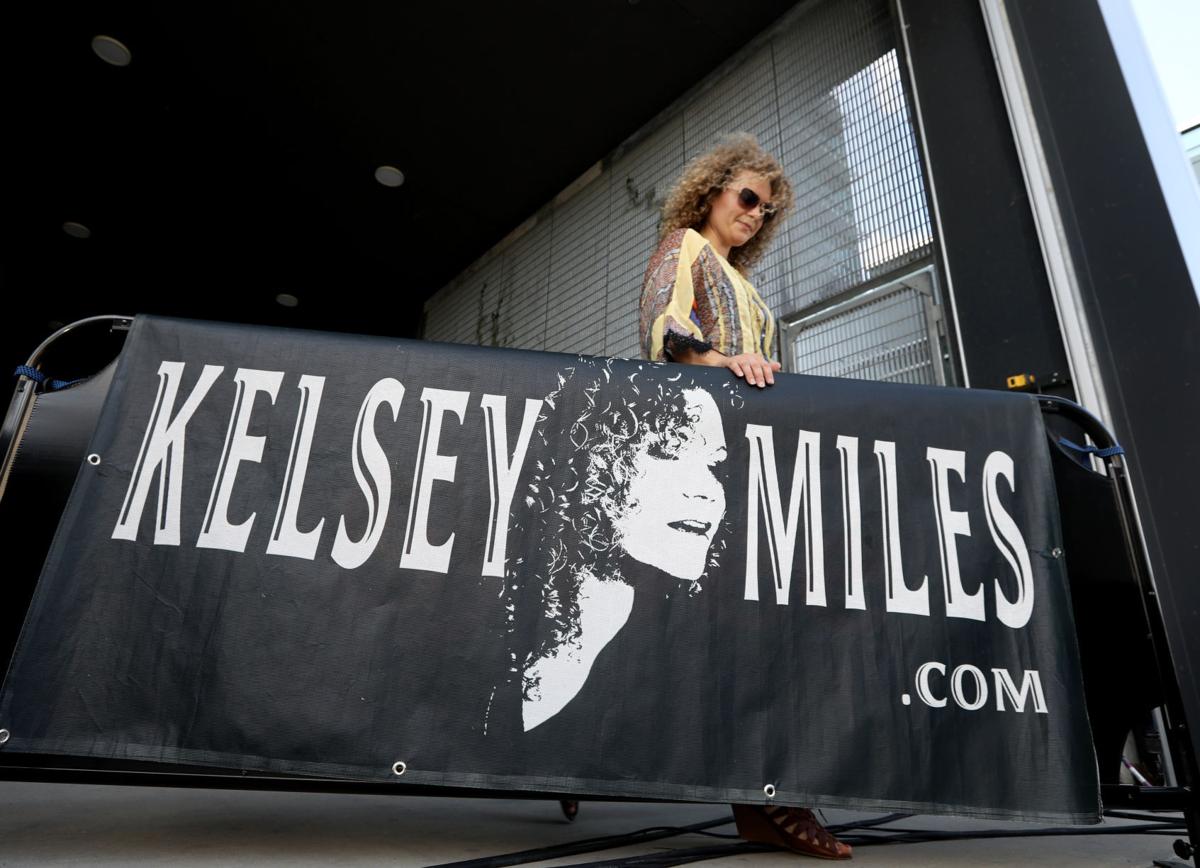 Kelsey Miles sets up her banner before she performs at The Sylvee Side Stage. 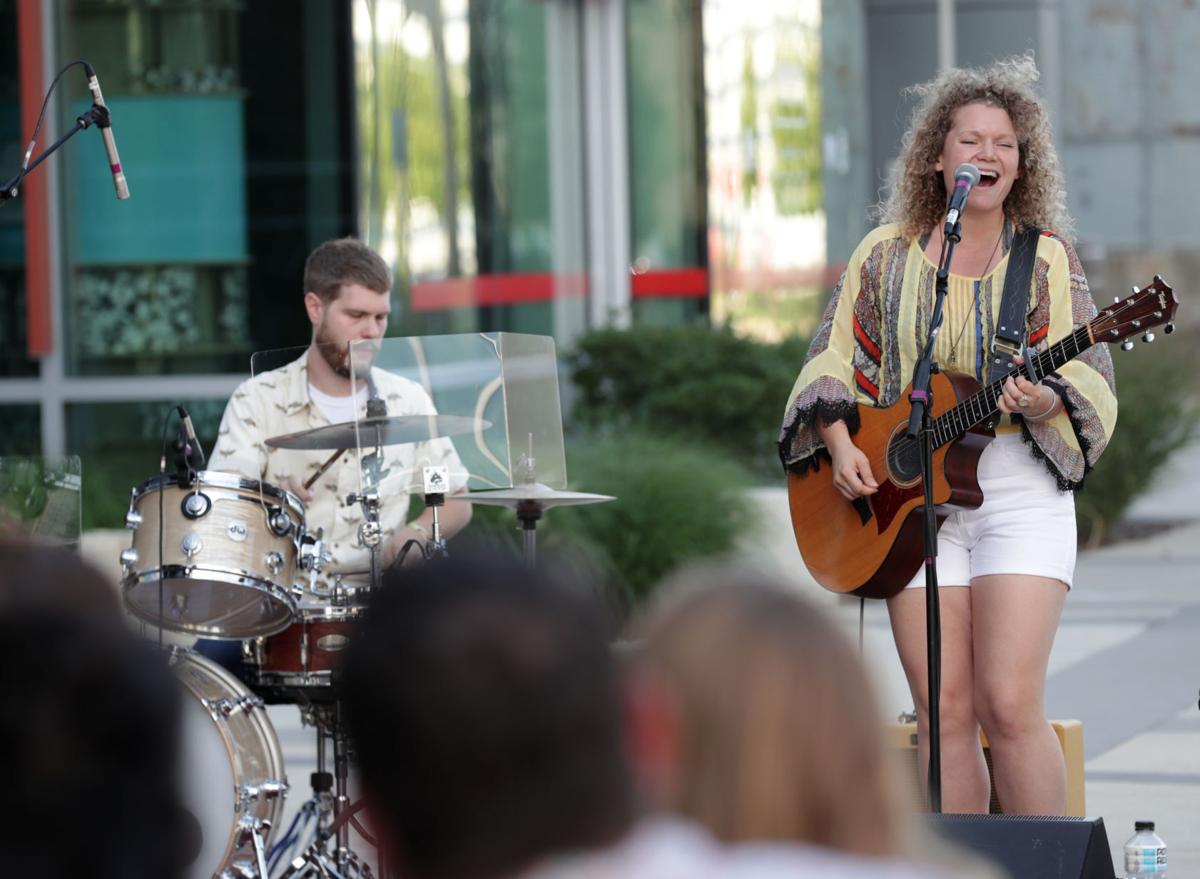 Kelsey Miles performs, with drummer Chris Ulbrich, at The Sylvee Side Stage on July 24. 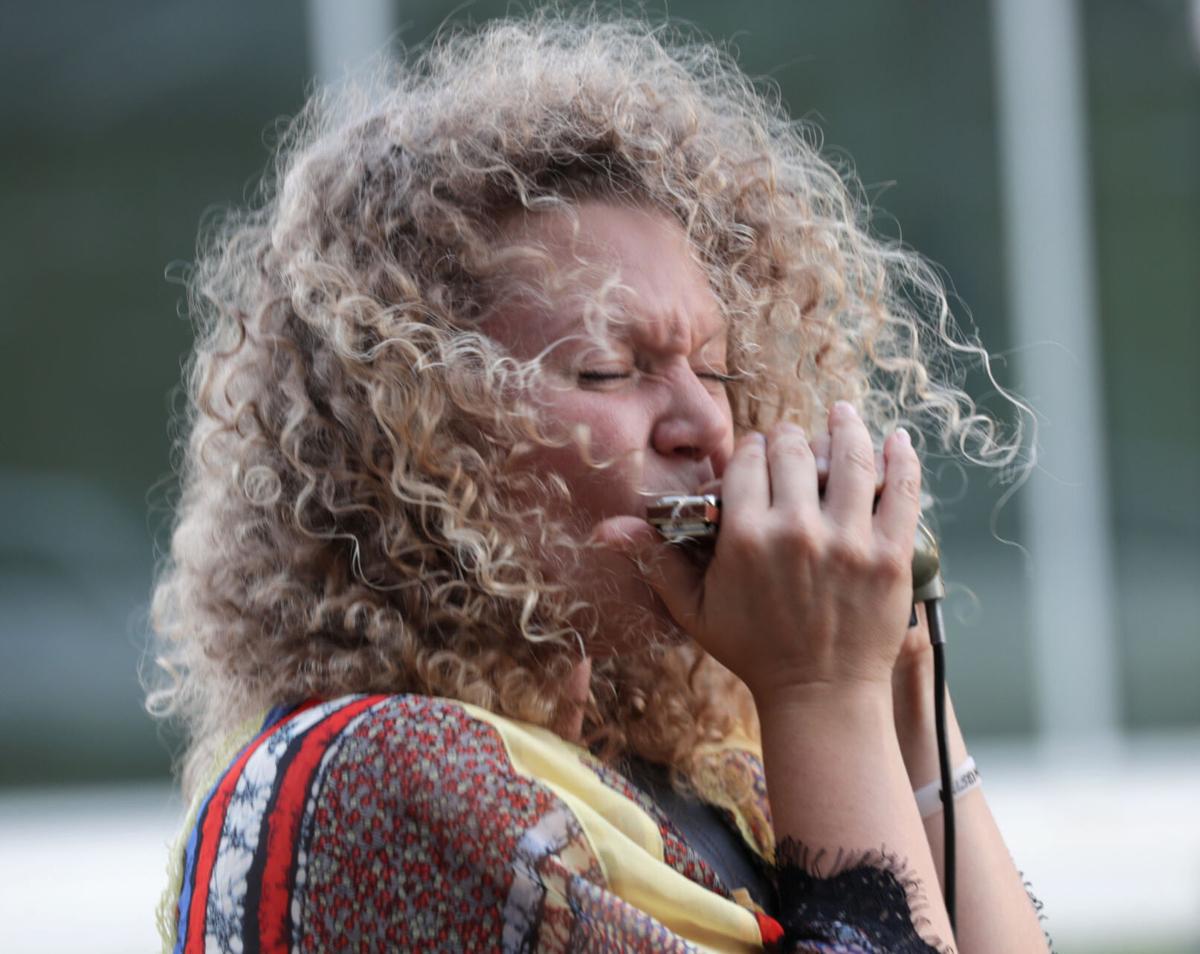 Kelsey Miles plays the harmonica during a performance at The Sylvee Side Stage. 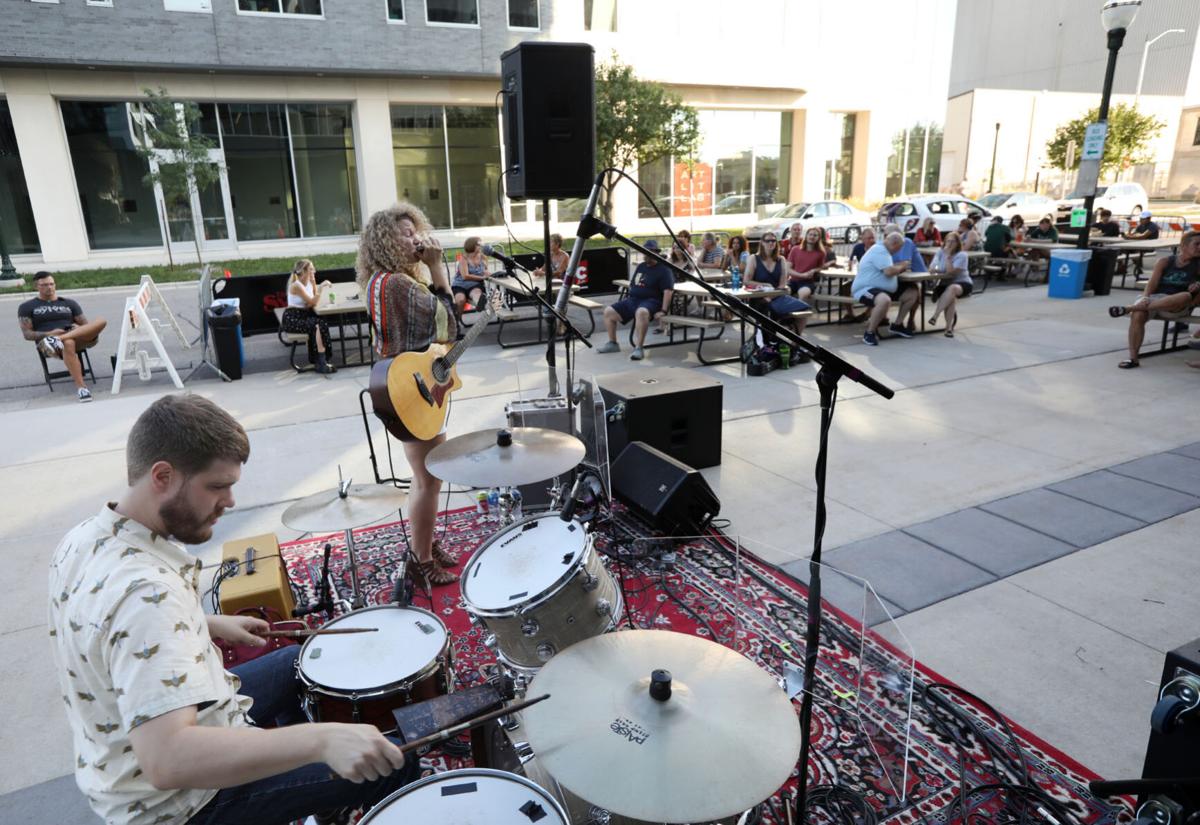 Kelsey Miles performs, with drummer Chris Ulbrich, at The Sylvee Side Stage. 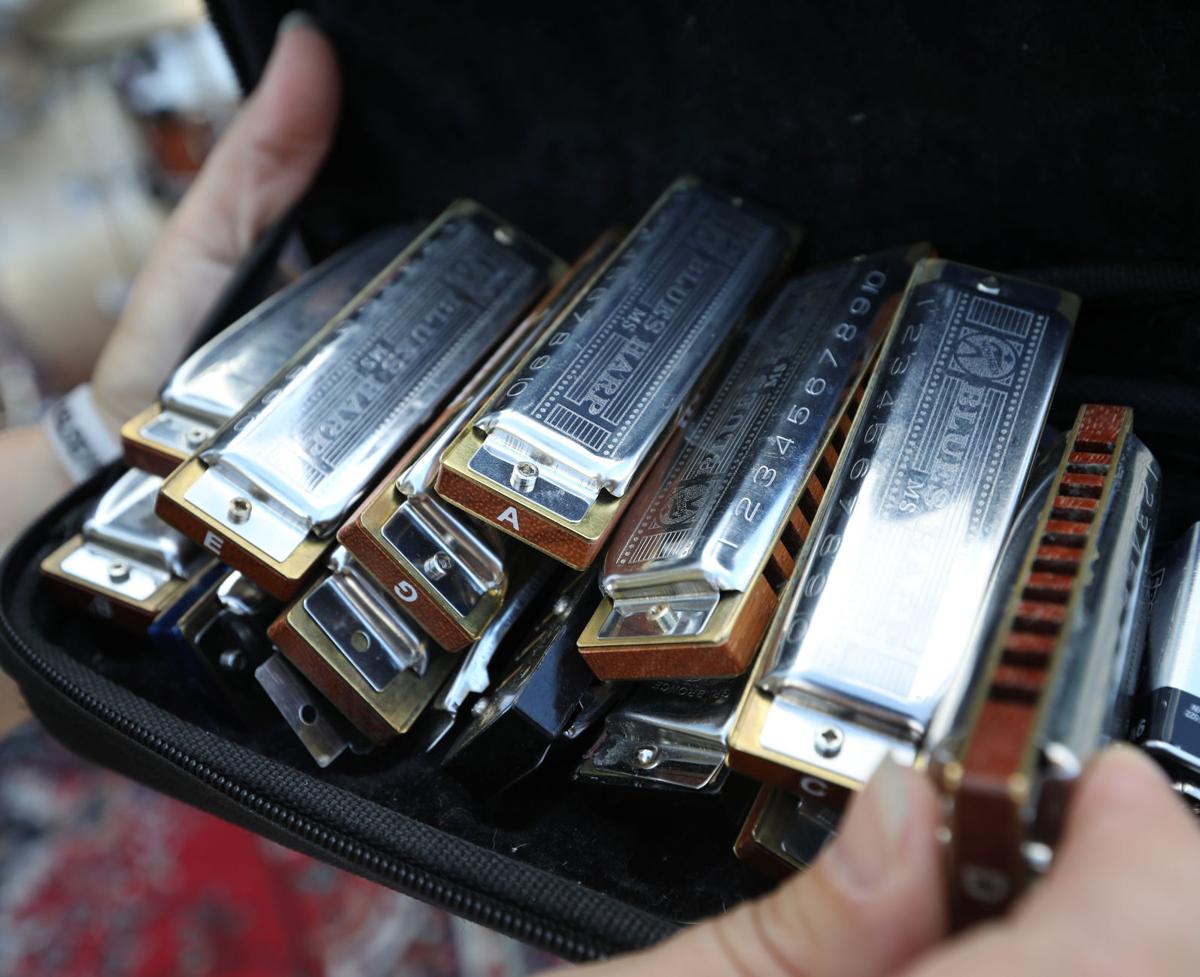 Kelsey Miles goes through her harmonicas as she prepares for a show at The Sylvee Side Stage. 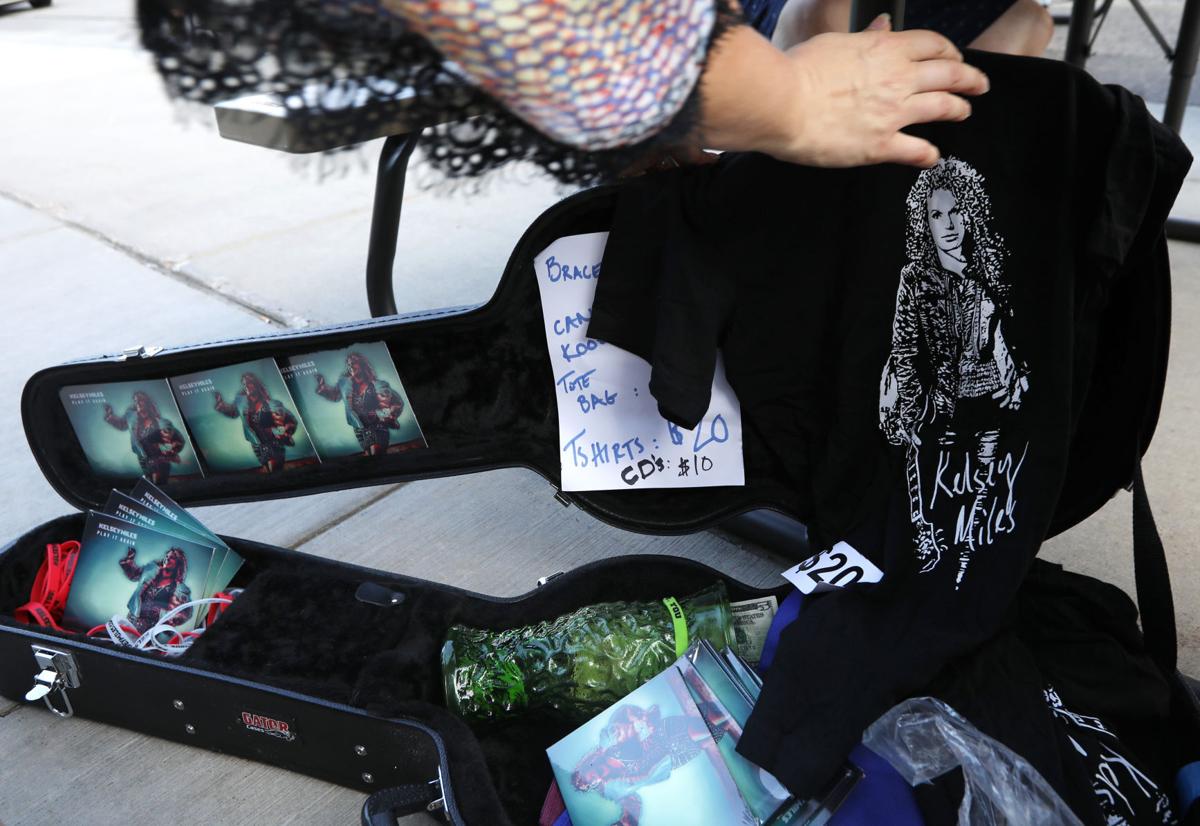 Kelsey Miles sets out merchandise in a guitar case before a show at The Sylvee Side Stage. 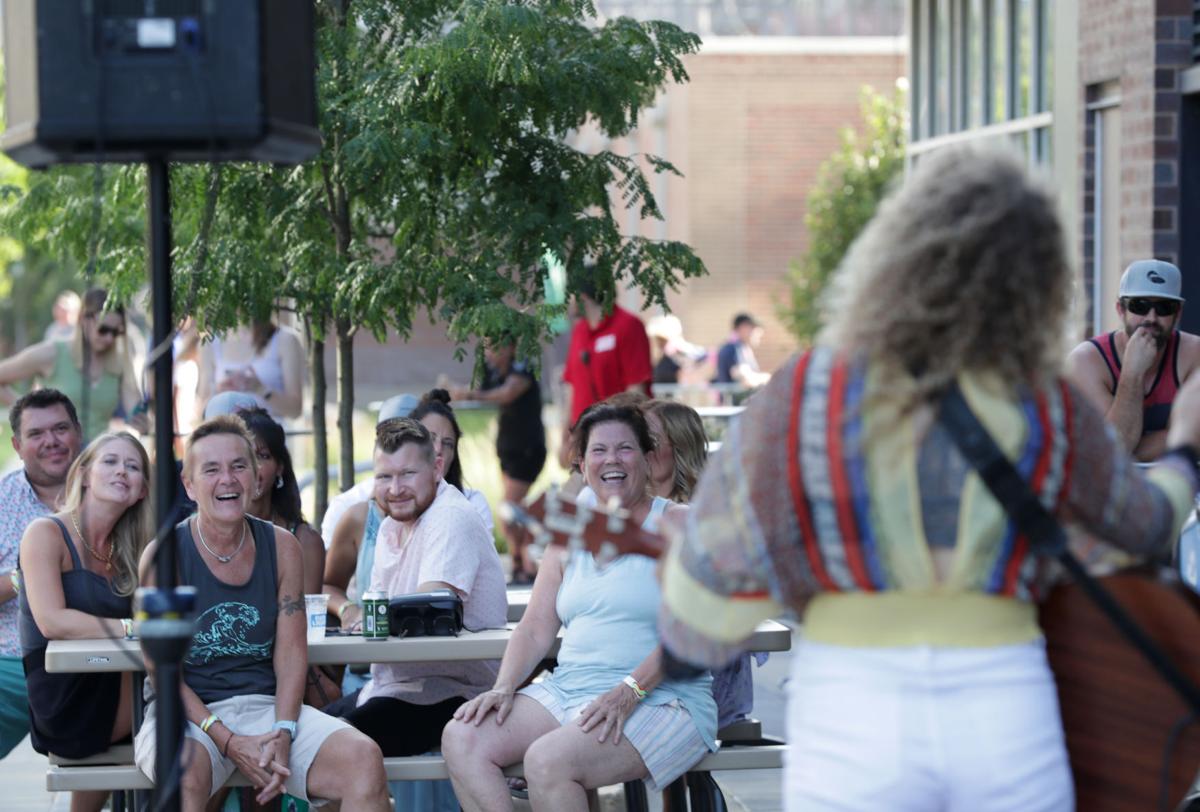 "It's not about me, it's about how we can all feel more connected through music and know we aren't alone in whatever we're going through," says singer-songwriter Kelsey Miles.