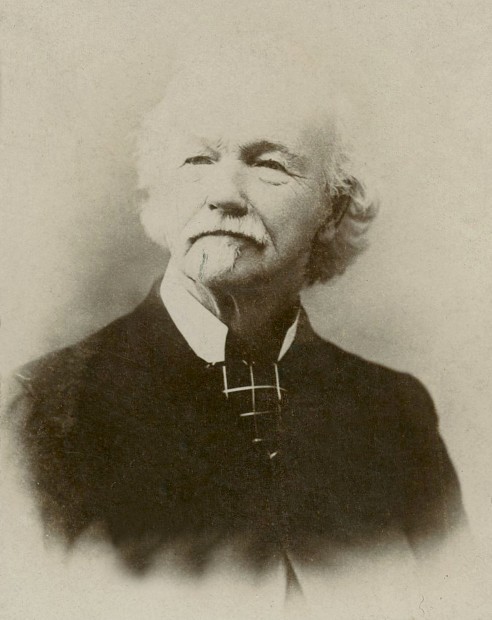 William C. Wright (1825-1904) filled the boyhood home of Frank Lloyd Wright with music, including his own compositions featured on a new CD.

Frank Lloyd Wright's father William not only taught and performed music, but also composed and published his own works. 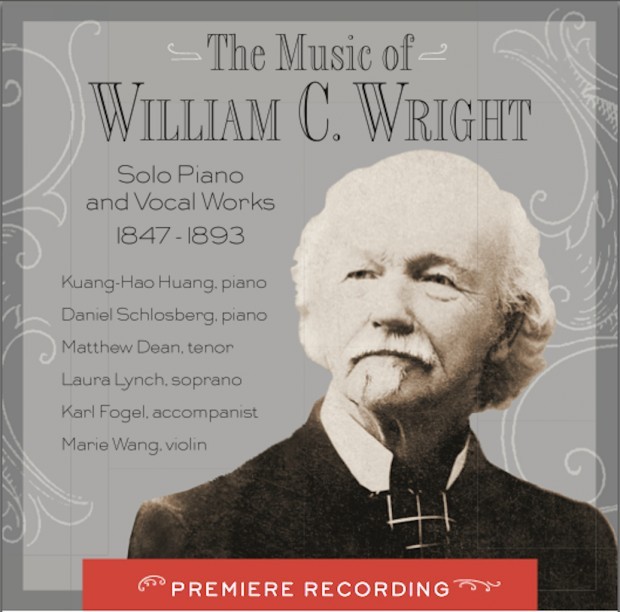 David Patterson produced "The Music of William C. Wright" on his new label, Permelia Records, named for Wright's first wife and her descendants, who preserved the composer's sheet music and other important family archives. 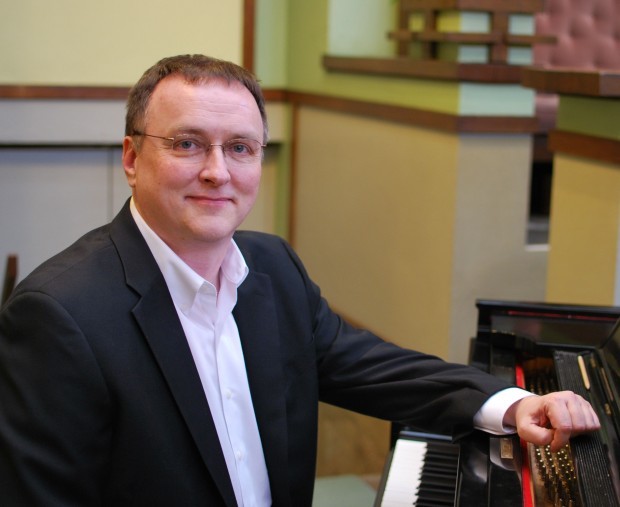 Oak Park, Ill.-based musicologist David Patterson sheds light on the music that surrounded Frank Lloyd Wright in his early years with the new CD "The Music of William C. Wright."

One thing that’s not disputed about Frank Lloyd Wright’s father is this: He loved music.

Long portrayed as a distant parent and meager breadwinner who abandoned the family when Frank was 17, the senior Wright emerges as a much different character — a cultured and exuberantly creative man who lived a life in music — in the new CD, “The Music of William C. Wright.”

Produced by Oak Park, Ill., music historian and architecture fan David Patterson, the 72-minute CD features pieces composed by Frank Lloyd Wright’s father in a musical career that spanned the second half of the 19th century. Many of those years were spent in Wisconsin, including Madison and Frank’s birthplace of Richland Center.

It was William Wright’s passion for music — as a teacher, composer and publisher — that help make him the “single-most influential figure in the architect’s childhood and youth,” Patterson contends.

That’s a sharp turnabout from the image that Frank Lloyd Wright himself painted of his father in his 1932 autobiography.

Though he frequently talked about the general influence of music on his own architectural work, Frank Lloyd Wright “really marginalized (his father) and almost excised him from his autobiography,” Patterson said. “At best people had the vague impression of (William) as this man who suddenly up and left his family, as sort of a ne’er-do-well, which is not at all the case.”

Charming and tuneful, the songs on “The Music of William C. Wright” are what Patterson calls “a wonderful classroom example of what 19th-century American parlor music was.” William was not an innovator, but wrote many of the piano and vocal works for his music students, who likely performed them at home for the family after dinner, sister at the keyboard and brother singing.

“William Wright is a reminder that there were many, many other composers out there trying to get their piano pieces or their songs published.”

In 32 pages of liner notes, Patterson creates a sympathetic and vibrant portrait of a man whose main calling was music — even though the eventual father of six tried to cobble together a living at various times as a lawyer, minister and educator. The itinerant Wright even served short stints as the Deputy U.S. Revenue Collector for Richland and Sauk counties and Richland County’s superintendent of schools.

The son of a Baptist minister, William grew up in Connecticut and enrolled in Amherst College while only 14 years old. To his mother’s chagrin, he was more interested in making music than becoming a man of the cloth, Patterson writes. A fine singer, William “learned not only how to play the violin, but also how to make one.”

In 1850, William took a position teaching piano, voice and violin at a ladies’ boarding school in Utica, N.Y., and married one of his piano students, Permelia Holcomb, the following year. The couple had two sons before moving to Lone Rock, Wis., in 1859, where a daughter was born. Permelia died in 1864, two weeks after giving birth to a stillborn infant.

Over the next 10 years Anna bore two more daughters and the family moved from Wisconsin to Iowa, Rhode Island, Connecticut and Massachusetts. In 1877, the Wrights returned to Madison, where William opened a music conservatory on Pinckney Street.

Though money was scarce and family life was perpetually stormy — William and Anna would divorce in 1885 — the Wright home was filled with music.

William had his own printing press “so he’s surely responsible for introducing his son Frank to typography and to the concept of layout. He was a lawyer. ... He was also known to take very long, brisk walks out in the country, and I have no doubt that he took Frank along on those. He was just a very cultured and educated man.”

This revised view of William “is a reasonable pendulum swing” from past views, said architect Sid Robinson, who has taught architectural design and history at universities as well as at Taliesin, Frank Lloyd Wright’s residence in Spring Green.

Robinson, who made a donation toward the production of “The Music of William C. Wright” during an online fundraising campaign on Kickstarter.com, notes that Frank Lloyd Wright’s genius was rooted in his capacity to absorb the many natural and artistic influences around him, including music.

Wright did credit his father with teaching him “to see music as an ‘edifice’ of sound,” Robinson notes. And the architect likened his own greatness to Beethoven’s.

Patterson recorded William Wright’s music on his new label called Permelia Records, a tribute to William’s first wife and the generations of her descendants who preserved his archives and donated them to the State Historical Society of Iowa.

“Frank Lloyd Wright aside, William Wright is a wonderful case study of what it was to be a musician in the United States in the 19th century — and the things that one had to do to try to make it, as it were, in that field,” Patterson said. “To my mind, he is in a way a success story because he never gave up, and he lived a life in music despite all of the hardship, and regardless of whatever level of success he obtained. That’s an accomplishment even by today’s standards.”

Eiza Gonzalez makes history as the new face of Bulgari

Jennifer Garner has signed a multi-picture deal with Netflix

Jennifer Garner has signed a multi-picture deal with Netflix

Even if you’re not nuts about the music of Joan Baez, Crosby, Stills, Nash & Young and others (I’m not), the film is worth watching for its portrait of people at a striking moment in time. An Oscar winner for best documentary, it’s a triumph of editing and reporting that is much more than a concert film.

It’s impossible to encapsulate a life in a couple of hours but the genius of this Liz Garbus biodoc about Nina Simone is that it doesn’t pretend to. The jazz/blues/pop singer was an incredibly complicated person, which the film reveals with archival interviews, intimate performance footage and chats with those who knew her, including her daughter. It plays out like snapshots of a rich but difficult life and, because Garbus is modest about her intentions, those snapshots add up to a fascinating portrait.

Jonathan Demme’s work seems simple: a concert film so narrowly focused that we rarely even see the audience. But Demme and Talking Heads structured the concert ingeniously, beginning with just singer David Byrne and gradually building both the size of the band and the sound of the music. Byrne’s hypnotic performance is the focus of the movie but Demme also attends to quirky bassist Tina Weymouth and singers Lynn Mabry and Ednah Holt because they’re all stars. You could pair “Sense” with Spike Lee’s “American Utopia,” a Byrne performance that further illuminates his surreal performance style.

William C. Wright (1825-1904) filled the boyhood home of Frank Lloyd Wright with music, including his own compositions featured on a new CD.

Frank Lloyd Wright's father William not only taught and performed music, but also composed and published his own works.

David Patterson produced "The Music of William C. Wright" on his new label, Permelia Records, named for Wright's first wife and her descendants, who preserved the composer's sheet music and other important family archives.

Oak Park, Ill.-based musicologist David Patterson sheds light on the music that surrounded Frank Lloyd Wright in his early years with the new CD "The Music of William C. Wright."