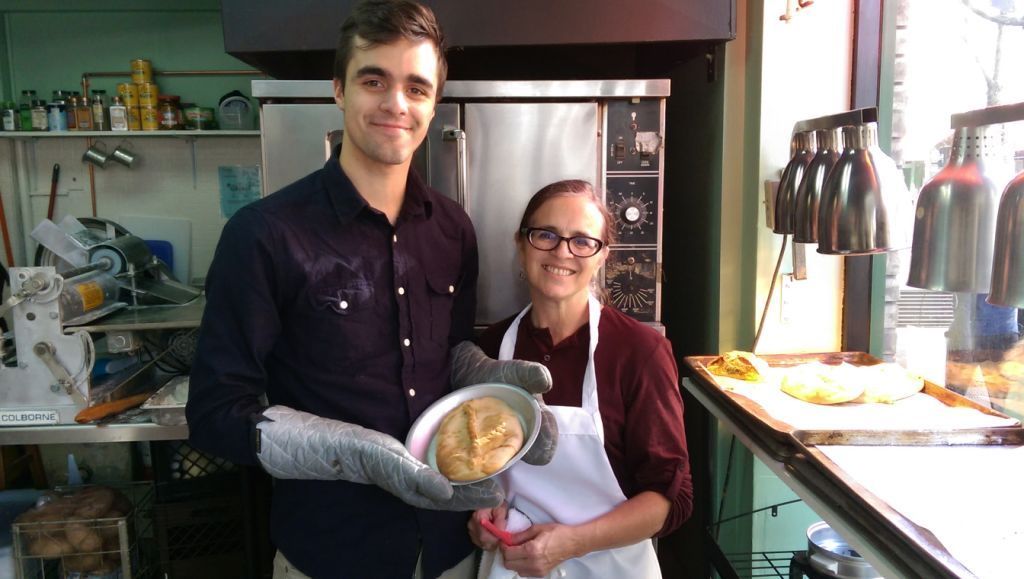 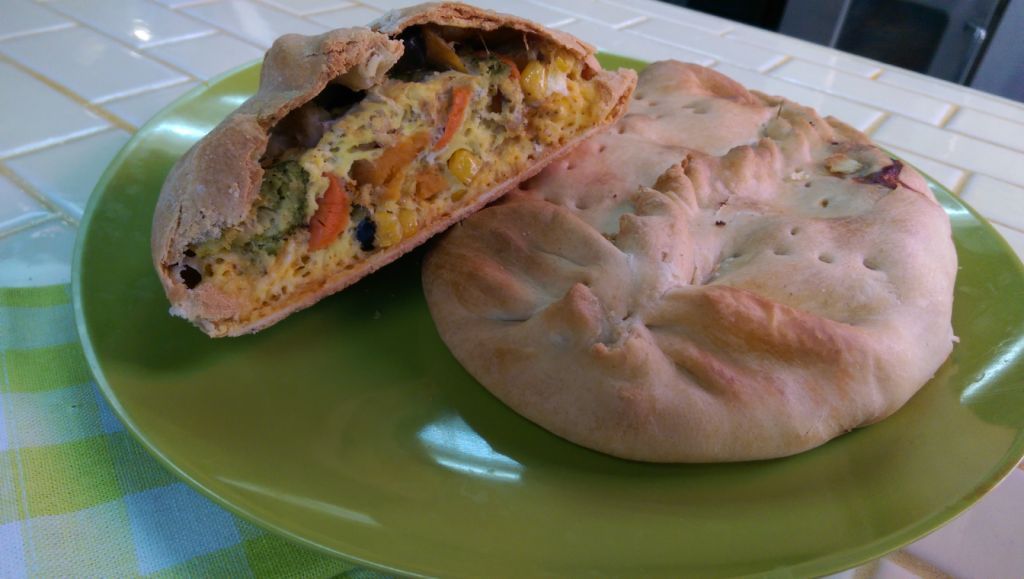 The Southwest Pasty is a take on the Cornish pasty, with corn, sweet potato, black beans, eggs and cheese.

The Madisonians who know Teddywedgers Cornish pasties at the top of State Street have seen it change hands several times. But they can rest assured that a new family has come into ownership of the business and isn’t planning on letting it go any time soon.

Siblings Anthony Rineer and Karima Berkani have taken over the historic pasty shop. As I bought my first ever teddywedger pasty (pronounced past-ee), they recounted the shop’s long story to me, revealing their knowledge of its history as well as their fondness for it.

Miles Allen began the shop in 1976, and called it Myles Teddywedgers. Allen grew up near Mineral Point, Wisconsin. Mineral Point used to attract Cornish miners who came for the lead mining opportunities, bringing the Cornish pasty recipe with them. A pasty is traditionally a thick dough pocket encasing innards such as meat and potatoes. When the miners descended into the mines to work, their families sent along pasties as their lunch—they were easy to eat, filling, and stayed hot inside the folded pastry.

As Nina told me, the ridge of dough on side of a pasty was meant to be thick and inedible because it was how the miners gripped the pasties down in the mines when they had dangerous substances on their hands. The name Teddywedgers comes from the term “teddy boys,” a nickname referring to the Cornish miners.

When Allen passed away several years ago, Raymond Johnson, who had worked at Teddywedgers for many years, took over the business. Though he loved the shop like the original owner, he decided to sell it this last summer.

Rineer and Berkani had been visiting Teddywedgers since childhood. Rineer studied Culinary Arts at MATC, and both he and Berkani have had extensive experience in food service. And they didn’t want to see the State Street shop go under. “We saw the tiny ‘For Sale’ sign in the window and we thought, ‘We have to do something!’” Rineer said.

Their plan for Teddywedgers is to keep the traditional pasties and the best-selling pasties, but also add a few things to the menu. Traditional pasties are steak and potatoes and onions, while other best-sellers are the chicken pot pie and the Big Cheesy (just what it sounds like-- the cheese-filled pasty that Rineer and Berkani grew up on). Rineer said he “wanted to make sure Teddywedgers stayed how people remember it,” so they won’t be making any drastic changes.

Breakfast pasties like the bacon, cheese and egg pasty are available from 7 a.m. to noon. On Fridays the menu stars a salmon pasty, an example of the healthier pasties the family would like to introduce. All pasties are $5.50 for half, $9.75 for a whole. A half pasty was all I could fit in my hands, and I imagine that after a whole pasty nobody could walk away still feeling hungry.

Also on display was a selection of pumpkin muffins, which, I was surprised to learn, were also made in-house. The family is planning to add more pastries for sale, as well as coffee and espresso drinks to make a whole breakfast available in one stop. Rineer would like to serve coffee from EVP, a company for which he was working before acquiring Teddywedgers.

Now simply going by the title Teddywedgers, the shop reopened under the new ownership on Nov. 1, the night of Freakfest on State Street. Madison locals were very excited to have the landmark open again, and complimented the homey feel and the nice energy the family brought to the shop.

The owners will never forget the special origins of the shop, however, and have placed photos of previous owners Allen and Johnson in a prominent spot on the newly-installed window seating.

Thursday's episode focuses on Miesfeld’s, a family-owned and operated meat market in Sheboygan that's been in business since 1941.

If you’re looking for a great combination to take the chill off a cold January night, try a hearty winter stew with a big, spicy red wine from France’s Rhône wine region. This large and very important wine region is divided into two distinct north and south areas. In the north, syrah is the main player in reds while those from the south are usually grenache-dominated blends that include syrah, mourvèdre and other grapes. The following are two robust reds that will definitely help warm you up.

Its owner said he had trouble finding employees who knew about Mediterranean food.

The Southwest Pasty is a take on the Cornish pasty, with corn, sweet potato, black beans, eggs and cheese.