Salud! The Old Fashioned, Wisconsin’s cocktail
0 Comments
Share this
1 of 3 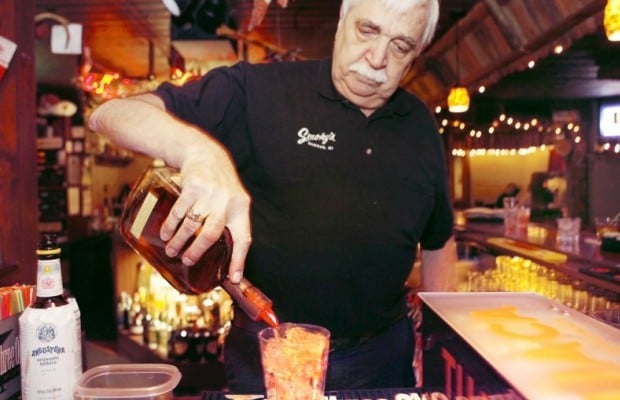 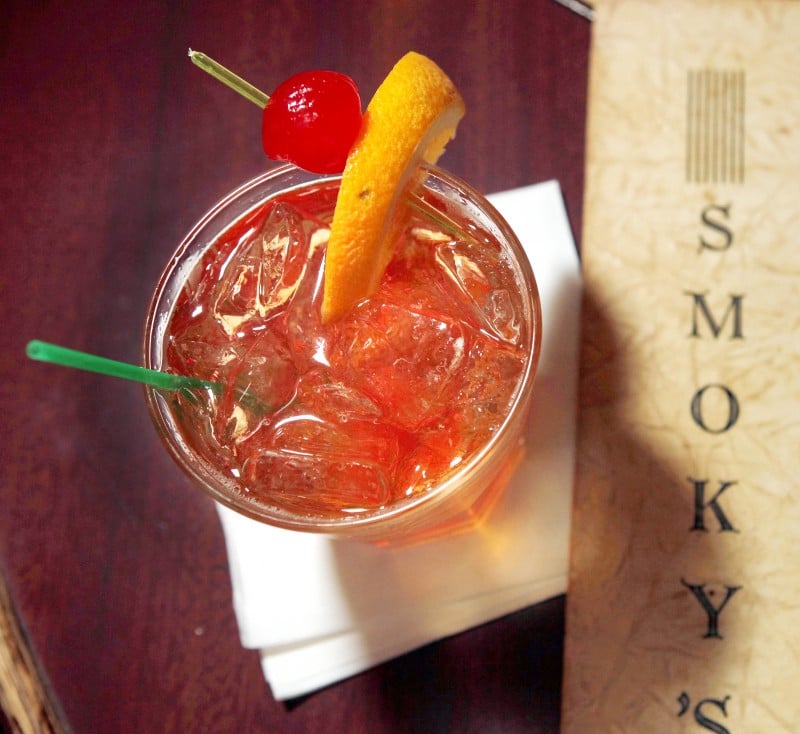 An Old Fashioned made by Bob Perry, bar manager at Smoky's Club. 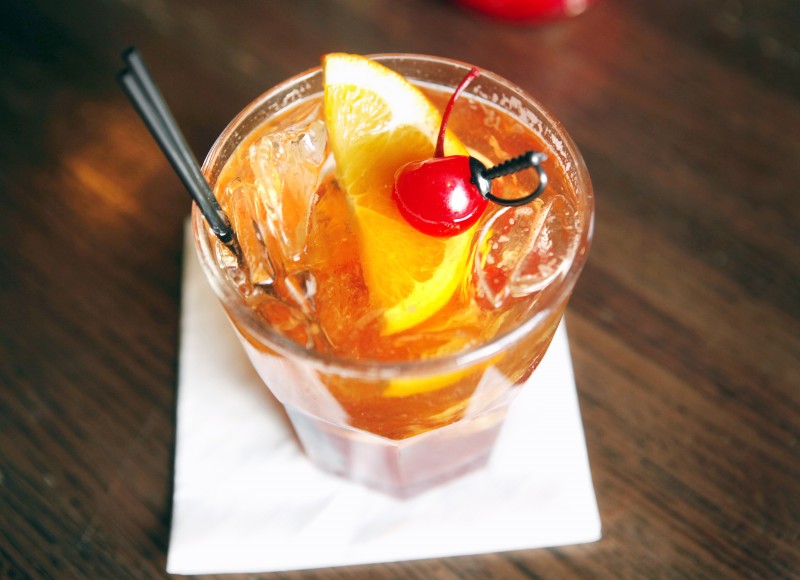 Whether it’s made with muddled sugar cubes or simple syrup, 7-Up or Sprite, brandy or bourbon, the Old Fashioned is universally recognized as the unofficial cocktail of Wisconsin.

The Old Fashioned is one of the oldest cocktails in existence, and around here, one of the most popular. At the restaurant of the same name on the Capitol Square, manager Jennifer DeBolt estimates her bartenders make up to 400 Old Fashioneds on a given Saturday night.

In this country, the cocktail was first defined in 1806 as a combination of spirits, sugar, water and bitters. DeBolt has found archival versions made with lemon peel, cherries and with no added sugar.

These days, order an Old Fashioned at a local bar or supper club and you’re likely to get the sweet version: muddled maraschino cherry, orange and sugar, served with an ounce and a half of brandy and topped with 7-Up.

Variations are legion. Order an Old Fashioned “soda” to replace the 7-Up with seltzer, a “sour” to get one with sour mix, and a “press,” short for Presbyterian, to get a mix of seltzer and lemon-lime soda. Old Fashioneds made with bourbon or rye whiskey are common too.

Madison bars use a variety of techniques to distinguish their Old Fashioneds. Merchant offers the original recipe, with three dashes of bitters, one demerara (brown) sugar cube, 2 ounces of bourbon, rye or brandy, with orange and lemon oil on top. Quivey’s Grove uses Sierra Mist and a cinnamon stick.

Bartender Bob Perry has been making Old Fashioneds for more than 30 years at Smoky’s Club on the west side. He has made odd variations, like an Absolut Vodka Old Fashioned Press.

“It threw me,” he said. “I asked the waitstaff, are you sure that’s what they want?”

Perry said he grew up with the Old Fashioned as something “everybody drank,” sometimes too fast, because “because they’re so smooth and so good.”

“I don’t muddle them unless people want it. It gets way too sweet,” said Perry, who makes Smoky’s signature Old Fashioned with Woodford Reserve bourbon and Tuaca vanilla liqueur.

The Old Fashioned is “by far” the top seller at the Tornado Steak House downtown. Manager Bob Hemauer mostly gets orders for the brandy Old Fashioned — Wisconsin’s a brandy state.

“It’s traditional, it’s sweet,” Hemauer said. “Supper clubs and Old Fashioneds, why is it like that? It just is. … it’s like the Sazerac in New Orleans.

“I can’t explain its appeal,” he added. “It’s incredibly sweet, but to paraphrase H.L. Mencken, no one has ever gone broke underestimating the sugar-drinking capacity of the American public. A sweet drink is going to be popular.”

For the dedicated fan, the Old Fashioned downtown celebrates the cocktail once a year on the third Thursday in September, where for a brief window of time Old Fashioneds cost $1 each.

“We line them up behind the bar and everyone’s muddling,” DeBolt said. “We make 1,500 in three hours.”

Recipe by the Old Fashioned Tavern and Restaurant. Serves 1.

In an Old Fashioned glass (also called a lowball or rocks glass), add four dashes bitters, one stemmed cherry, an orange slice, a sugar cube and a splash of 7-Up. Muddle ingredients.

Fill glass with ice and top with 2 ounces Korbel brandy. Top with 7-Up and garnish with a cherry and an orange slice.

Don Woods cuts the hair of many Badgers football players and, when they're in town, is still the barber for brothers J.J. Watt, Derek Watt, and T.J. Watt, former Badgers who are all in the NFL.

I, for one, have had enough nonsense in 2021. Let’s check out this stripped-down stout.

Restaurant review: From a drink at the Caribou Tavern to Zoe's Pizzeria in Waunakee

Michele and Chris Meyer do good things with pizza -- and don't miss the garlic knots.

With the move, Compadres will put more emphasis on its bar business, and have almost three times the space.

Looking for holiday gifts for lovers of Ella's pound cake sundaes or Manna's oatmeal pancakes? Judy Balkin and Barb Pratzel have got you covered.

An Old Fashioned made by Bob Perry, bar manager at Smoky's Club.