Ishnala, known for its old fashioneds, last year sold a record 93,738 of them.

The bigger draw is Ishnala’s setting on Mirror Lake, on the edge of Mirror Lake State Park, 50 miles northwest of Madison.

A visit to Ishnala is more of an event or getaway than just a meal. Once you turn onto Ishnala Road, you wind along a mile-long driveway to get to the restaurant.

The first sign along the way shows a photo of the glassy lake superimposed with the restaurant’s clever tag line, “The only thing we overlook is Mirror Lake.”

Subsequent signs, affixed to trees, point to accolades the restaurant has gotten in recent years.

Ishnala is open from April through October only, and is in its 69th season.

The restaurant is open every day for dinner and doesn’t take reservations. When a friend and I showed up at 5:45 p.m. on a Wednesday, we were told the wait would be a hour to an hour and a half.

An enthusiastic young employee pointed us in the direction of Ishnala’s three indoor bars and I got a brandy old fashioned sweet ($8.25) in the main Arrowhead Bar. It was made with muddled maraschino cherry and orange and was just right.

“This is the best place to pass time,” said my friend as we sat on a deck between the pow wow bar and teepee bar sipping our drinks and listening to 1950s crooners piped out from the speakers.

“The view. The Frank Sinatra. Classic Wisconsin. You wouldn’t find this in any other state. It’s Wisconsin through and through,” he said.

We struck up a conversation with a woman standing nearby about her extravagant bloody Mary adorned with a skewer of pepper jack cheese, pepperoni, olives, pickled mushrooms and a jumbo shrimp.

The dining area is long and narrow, giving everyone a view of the lake. Few people were sitting on the upper level, which Hayes later told me is because customers would rather wait an extra half hour or hour for a seat next to the windows. During high season the upper area will fill up with those not willing to wait two or three hours, he said.

On the table when we sat down was a ball of cheese spread made with cream cheese, blue cheese, garlic, celery and onion. Paprika gave it a cheddar complexion. Along with it was a basket of individually wrapped breadsticks and crackers.

A delightful trainee shadowing our capable server showed us a special Ishnala label wine from Wollersheim Winery that was a blend of cabernet and syrah with tones of blackberry. I had a glass ($10), which was fine, but it wouldn’t be worth buying by the bottle ($38).

It was clear why the prime spears ($11.99) lead off the appetizer menu. Prime rib was thinly sliced and wrapped around four thin asparagus spears with a four-cheese breadcrumb filling. The meat almost melted in your mouth. It was served on a beautiful platter with sauces on each side.

Escargot bourguignonne ($11.99) came in a dish designed for six tender snails to each sit in their own pool of drawn butter with garlic and chablis. The round sourdough loaf on the platter came with torn bread underneath for dramatic effect.

The salads included with the dinner were both excellent, and it was worth paying $2.99 to upgrade to the phenomenal bleu cheese wedge, with plenty of cheese and bacon and blue cheese dressing. The regular tossed salad was enlivened by a citrus Dijon vinaigrette.

With our salads came a bread basket that included rolls plus adorable homemade cinnamon rolls.

The chicken cordon bleu ($29.99) was the better of our two entrées. A plump chicken breast was stuffed with Nueske’s applewood smoked ham and Swiss cheese and topped with a béarnaise sauce. It came with wild rice that needed salt and pepper, but my main complaint was that the skin was left on the chicken.

As a side, the au gratin potatoes were served in a silver dish with beautifully browned cheese on top, but it featured potatoes that should have been cooked longer.

The weak spot of the meal was a 7-ounce filet mignon ($45.99). The menu promised tender, premium beef, hand cut and “grilled to your request.” It was certainly tender, but also bland, like nobody seasoned it. There was butter melting on top in an attempt to add flavor.

It made me wish we had opted for one of the night’s specials, a filet encrusted with sundried tomato-pistachio pesto, served over a port wine reduction with goat cheese on top.

The steak fries we chose were also strangely tasteless. When have french fries ever been a chore?

Ishnala means “by itself alone,” in the language of the Winnebago, and Native American imagery is front and center when you enter the restaurant.

That might not fly in Madison, where a club called the Winnebago changed its name eight months after opening and apologized to the Ho-Chunk Nation, once known as Winnebago, and the Winnebago Tribe of Nebraska, for using the name.

Ishnala’s menu explains that the Winnebago people used the land as ceremonial grounds before settlers bought it from the tribe in 1826.

The supper club’s current owner, Bob Prosser, said the settlers “buying” the land may be folklore, but unless the Ho-Chunk have records that go back that far, there’s no way to know.

The reason for the Native American references, he said, is because the property was an old Indian trading post in the late 1800s.

“We have never, ever had any issues with that, with the Native Americans or anybody else. I think we have it tastefully done,” he said. “We’ve done nothing more since 1953, as far as the imagery or anything. We haven’t changed a thing in over 69 years.”

It was the Hoffman brothers, who had The Hoffman House Restaurant in Madison (where the Essen Haus is now), who established the Ishnala supper club that year.

Although Ishnala faced seating restrictions early in the pandemic and had to take out 11 of its 42 tables, Prosser said business wasn’t down too much in 2020. That might be because a lot of new people came out figuring it wouldn’t be as busy, he said.

Meanwhile, he said, 2021 was the biggest year he’s ever had “because of the pent-up demand.”

While many restaurant owners in Madison are having trouble with staffing, Hayes, the general manager, said he’s flush with employees.

“Honestly,” he said, “everybody wants to work here. I’m spoiled by the best staff in the world.”

Outdoor dining: No, but outdoor spaces for cocktails and appetizers

Gluten-free: Most of menu

Reservations: No, walk-ins only

Bottom line: The supper club's biggest draw is its setting on Mirror Lake, on the edge of Mirror Lake State Park, 50 miles northwest of Madison.

One of Madison's favorite neighborhood bars has a lot to offer in terms of food.

Restaurant review: Irish food works on more than just one day in March

Erin's Snug Irish Pub is a place to go, not just on St. Patrick's Day when the restaurant sells 2,200 pounds of corned beef.

Fun and whimsical restaurant on an active section of East Johnson Street.

6 injured in explosion and fire at Wisconsin pier factory

Six people were hurt, including three firefighters, in an explosion and fire that rocked a Wisconsin marine construction company Thursday with a blast so thunderous it shook a nearby elementary school.

Maya Hawke: I 'wouldn't exist' if my mom Uma Thurman didn't get an abortion

Tim Allen slams ‘Lightyear’ after being replaced by Chris Evans

Tim Allen slams ‘Lightyear’ after being replaced by Chris Evans 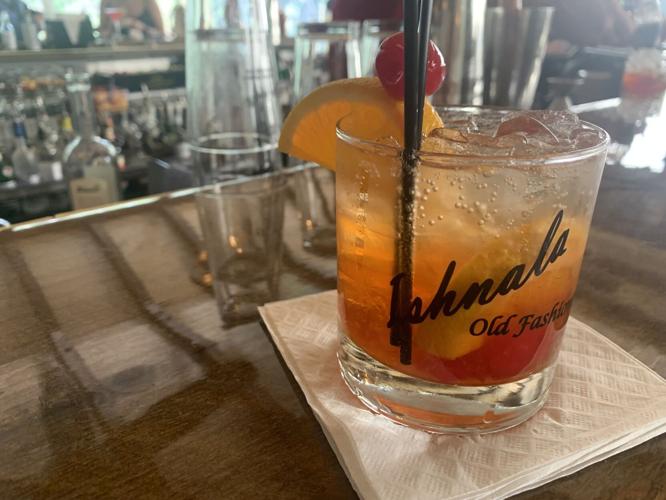 This year Ishnala is on track to sell more than 100,000 old fashioneds. 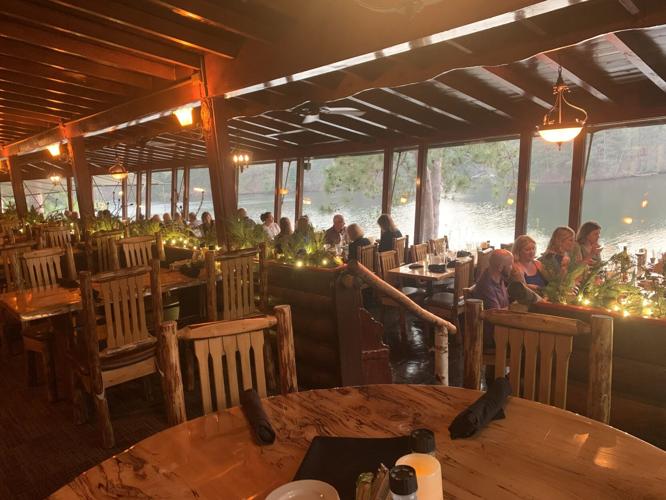 Ishnala, now in its 69th season, is open from April through October only. 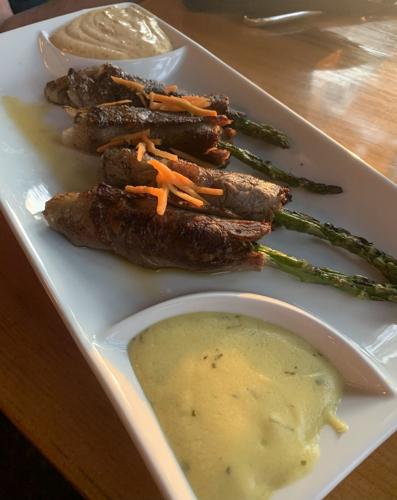 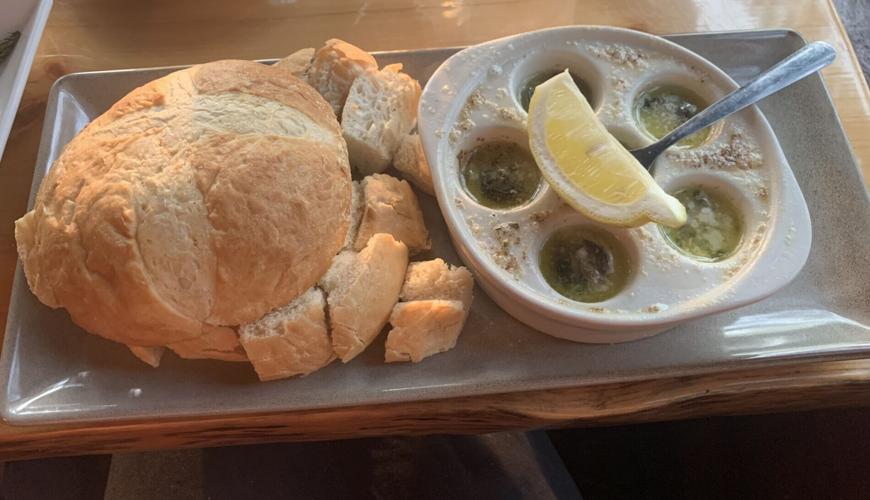 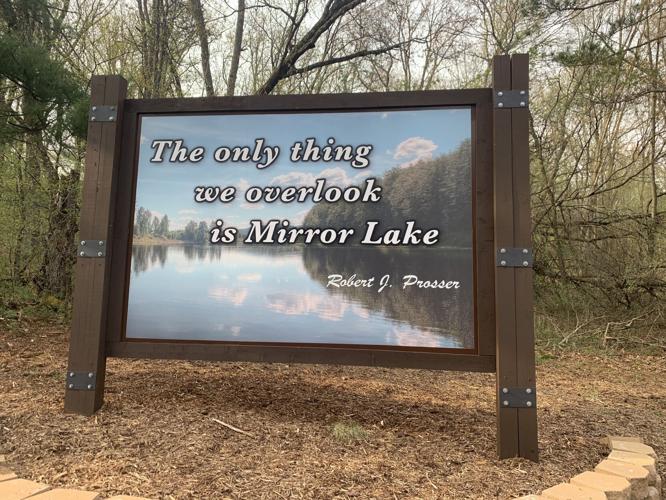 One of the various signs that greet diners on the way into Ishnala. 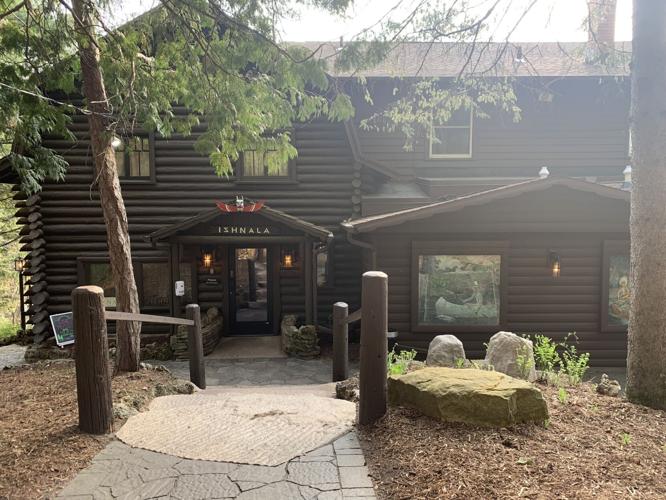 A visit to Ishnala is more of an event or getaway than just a meal. 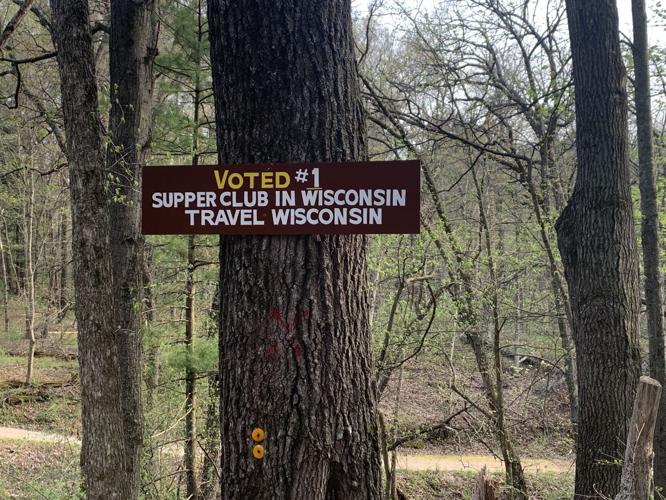 Signs affixed to trees on the driveway into Ishnala display accolades the restaurant has received in recent years. 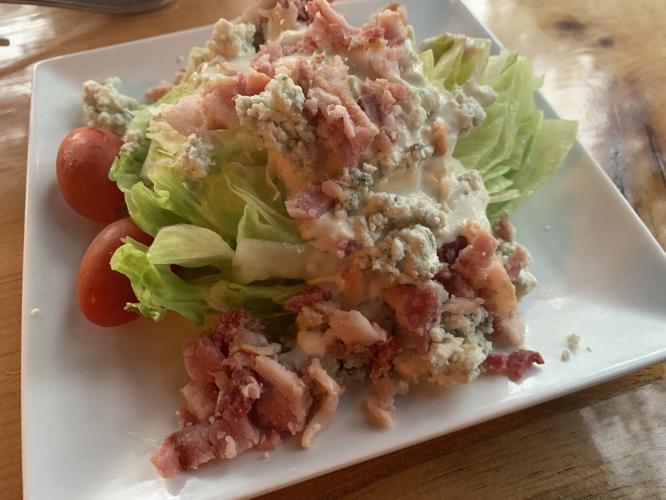 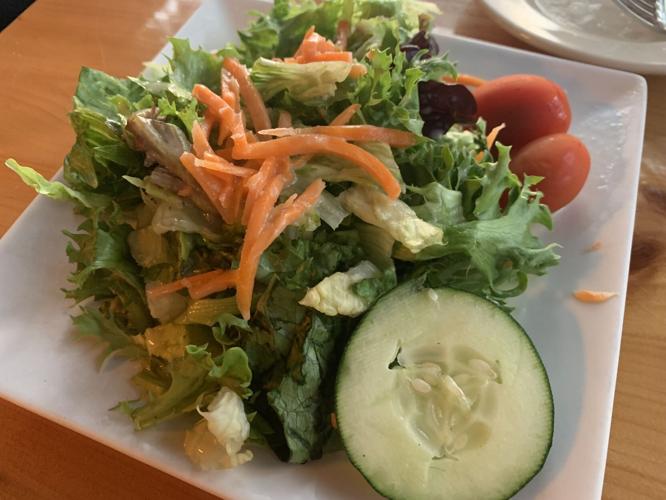 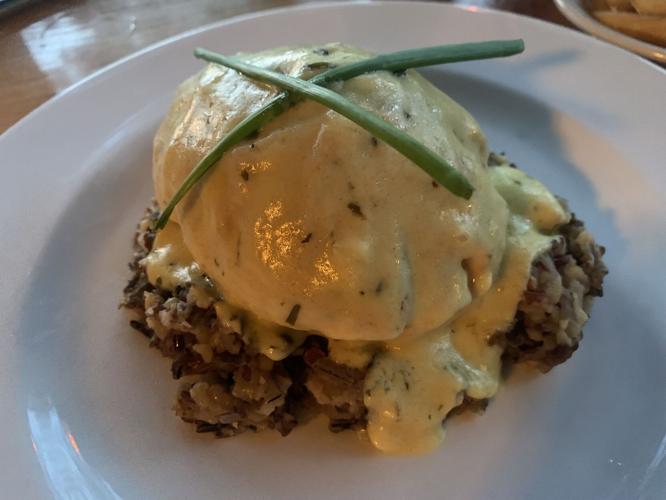 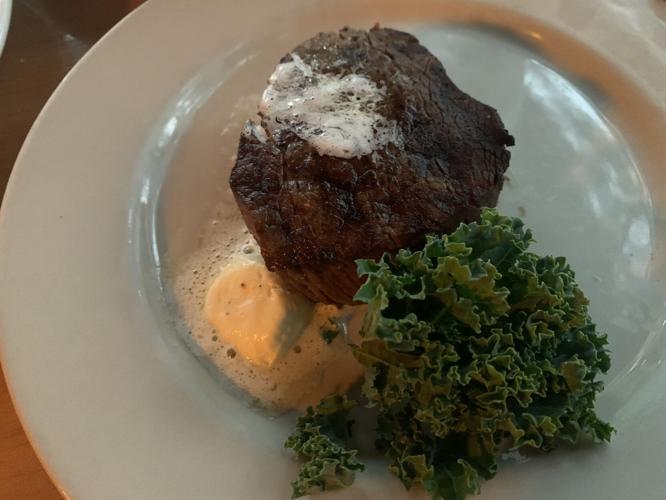 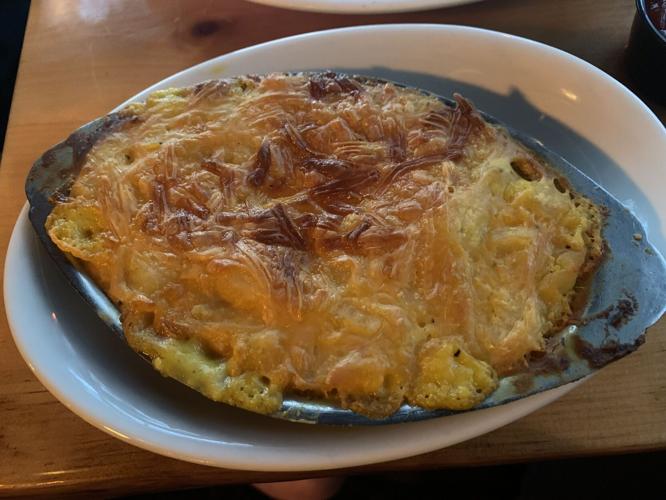 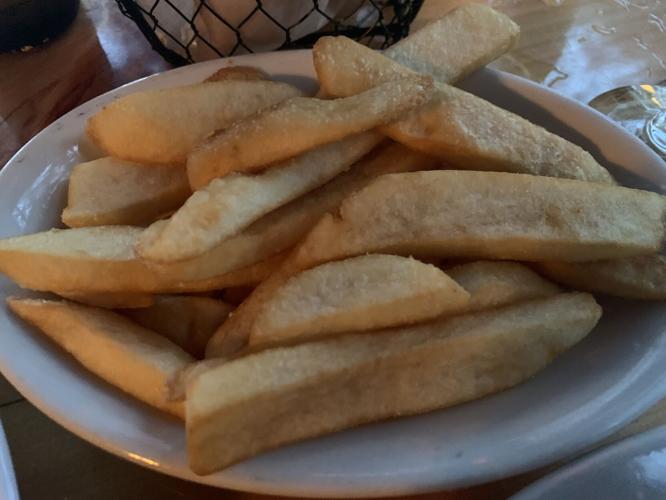