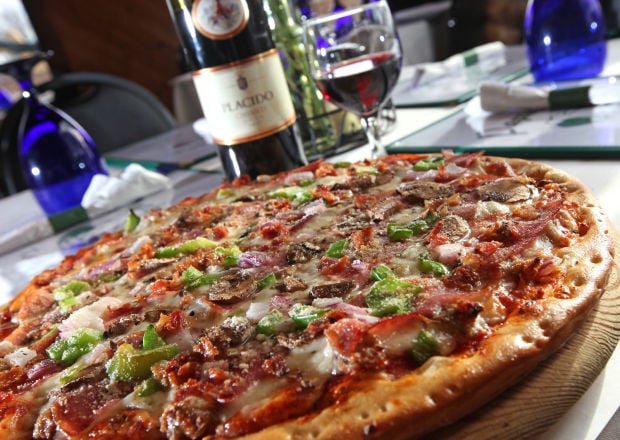 In May, Joe Pipitone closed his 8-year old restaurant, Papino's, in Windsor. He said business wasn't great, and then COVID-19 made it worse. He's been back working at his parents' restaurant, Cafe La Bellitalia, on Madison's North Side. 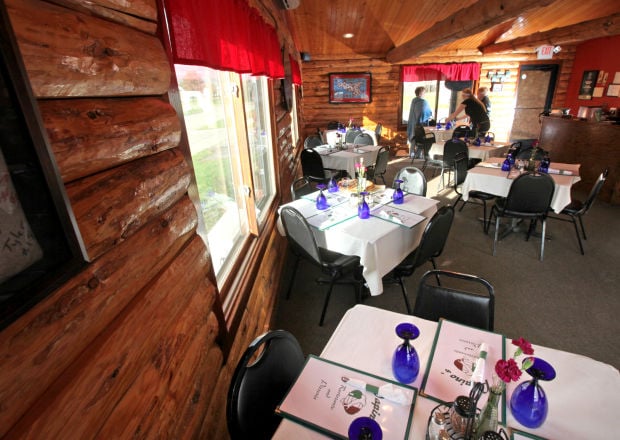 Papino's in Windsor is housed in a charming log cabin, mixing lasagna and lumberjack.

Papino’s, in the bedroom community of Windsor about 12 miles north of Madison, is a chip off the ol’ block — the block being the 1000 block of North Sherman Avenue, and the Papa restaurant being Cafe La Bellitalia.

When I reviewed La Bellitalia in 2006 shortly after it opened, I pegged it somewhere between La Rocca’s on Willy Street and Papa Phil’s on Monroe Street. The latter has gone out of business, the former has since moved to Oregon, Wis.

Cafe La Bellitalia, meanwhile, has endured on the North Side as a reliable, reasonably priced, family-run Italian restaurant. “Something every neighborhood deserves,” quoting from that original review.

Joe Pipitone, the son of the couple who owns La Bellitalia, spun off Papino’s more than a year ago.

The menu and ambiance are both similar, but Papino’s is in a charming log cabin, mixing lasagna and lumberjack.

Papino’s focus is pasta and pizza, and both are strong offerings. We started, however, with a bountiful plate of eggplant strips ($6.50), cut the size of medium-cut french fries. These eggplant fries were battered and fried to a lovely golden brown, dusted with Parmesan, and served with a cup of equally delicious homemade marinara sauce.

A visitor with us from St. Petersburg, Russia, took a picture of the appetizer, and said, approvingly, that it tasted “absolutely different” from any eggplant she’d known back home.

Our salads, on the other hand, were disappointing. Her Caesar ($6.50) was billed as having both “fresh grated Parmesan” and Asiago, but wound up having very little of either. “They economized on the ingredients,” she said sadly, also having wished for chicken, which wasn’t an option.

“This is something similar to a Caesar, but it’s not it,” said our Russian friend.

Another salad, the Trapani ($5.95), was also nothing to get excited about. A large bowl of romaine lettuce was topped with some sliced black olives, a couple of slices of tomato, and a couple of thin pieces of tasty ham. It, too, was supposed to have fresh grated Parmesan and Asiago, but seemed devoid of either.

Things perked up with the pizzas. Both the Pietro special ($13.70 for a sizable small), named after Pipitone’s father, and a child’s cheese pizza ($5), were resoundingly successful.

The Pietro had a simpatico combination of sausage, ham, bacon, mushrooms, red onions, green peppers, oregano and Parmesan. The pizza had just the right amount of cheese, and the crust was nice and crisp.

It was as good as the one I wrote about at La Bellitalia all those years ago. The picture on the front of the takeout menu, it should be said, doesn’t do it justice.

The child’s pizza was a perfect specimen, generous for the price, and loaded with flavorful cheese.

Both pasta dishes we ordered were rewarding as well. The meat cannelloni ($10.95), two tubes of pasta stuffed with minced meat — almost a meat paste — was nearly lost amid a sea of sweet marinara. The sauce bordered on too sweet, but was kind of tantalizing at the same time. Mozzarella was baked over the top, also tantalizingly.

The tortellini aglio and olio ($10.50) was a big, deep plate of tortellini that were so big they needed to be cut in half to be eaten. The aglio, or garlic, was in force and had me apologizing to everyone I talked to for the rest of the night. The olio, or olive oil, also was in large supply and pooled discouragingly at the bottom of the bowl.

If the cheese was AWOL from the salads, it was certainly plentiful and appreciated here. I suspected the pasta was homemade, but Pipitone said instead he has an excellent supplier.

Both pasta dishes came with a little open-faced loaf of garlic bread.

Desserts include a Nutella pizza, but no one was interested in eating another bite. Portions are big here, and the food is filling.

With its nine tables, Papino’s was doing a strong business — with lots of families — the Friday we stopped in at about 7:30 p.m. But quickly thereafter, it cleared out. It also seemed to be getting a lot of orders for delivery.

Sure enough, Pipitone said later he has five drivers on Friday nights who make between 60 and 70 deliveries.

Papino’s is every bit as good as Cafe La Bellitalia, and only helped reinforce in my mind what a treasure we have on Madison’s North Side.

Why shouldn’t Pipitone spread the love?

Bottom line: Papino's, spun-off from Cafe La Bellitalia on Madison's North Side, is as successful and friendly as its parent restaurant. Housed in a charming log cabin in Windsor, Papino's focus is pasta and pizza, both of which it does very well.

Restaurant review: Baldwin Street Grille, 'where you are only a stranger once'

This unassuming neighborhood bar will surprise you with its fish fry.

This bustling, old-school diner serves up decent breakfasts with servers who make sure coffee cups are frequently topped off and never neglected.

It helps to have barbecue to go with the beer and cider at this favorite East Side taproom.

Watch Now: The most expensive places to live in the US

In May, Joe Pipitone closed his 8-year old restaurant, Papino's, in Windsor. He said business wasn't great, and then COVID-19 made it worse. He's been back working at his parents' restaurant, Cafe La Bellitalia, on Madison's North Side.

Papino's in Windsor is housed in a charming log cabin, mixing lasagna and lumberjack.