It took Jessica Escamilla at least a year and a half to open BigSur Cantina on Madison’s Far West Side from the time her sign went up, and the transformation from Martin O’Grady’s Irish Pub is dramatic.

The colorful flags that cover BigSur’s ceiling give it a festive feel, and the big menus are so professional you might think the restaurant is part of a chain.

Escamilla has employed a number of gimmicks, including a three-pound burrito that’s free if you can eat it in 12 minutes or less. She said about 15 people have tried, and four have succeeded since the restaurant opened Aug. 29.

No one in our party of three was up for that challenge, but one of the best things we ordered was the Cinco Cinco burrito ($14), named after Cinco de Mayo, the May 5 celebration of Mexican heritage.

It was stuffed with a generous amount of ground beef, plus rice, beans, corn and Oaxaca cheese, and smothered in three sauces, green, white and red, in vertical stripes to approximate the Mexican flag. Some cilantro sat in the center as the coat of arms. It was enormous and delicious.

The tacos were equally impressive, but the corn tortillas were on the small side. They were at least packed with fillings. The BigSur ($4.50) with carne asada, avocado, melted Oaxaca cheese and pico de gallo, stood out.

So did From the Farm ($4), a winning combination of portobello mushrooms, roasted corn and plantains, black bean spread, grilled queso fresco, and enough chipotle cream sauce to pack some heat. Where so many restaurants let vegetarians down with meatless attempts that flop, BigSur comes through here.

The Wabo Cali taco ($4.50) was also spectacular with chorizo, shrimp, Oaxaca cheese, onions and chipotle cream sauce. We ordered the tacos as part of a plate ($13), which effectively made the rice and beans complimentary.

They came topped with green mole sauce, sour cream and queso fresco without overdoing it. I appreciated how the rice had lime and cilantro and the borracho beans, or “drunken beans,” were cooked in beer with cilantro, onion, garlic, bacon fat and other ingredients.

The giant platters were scorching hot, so watch your fingers. Nearby, an order of Betty’s Blazin’ Fajitas was set on fire.

The only gimmick we went for turned out to be a disappointment. When Escamilla described BigSur’s trash can nachos ($16) before the restaurant’s opening, I was intrigued, especially when she told me that she and her father, Richard Baer, who owns the restaurant with her, made the cans.

It turned out to be just a giant metal can, the kind vegetables come in, with the label removed. My friend called it a No. 10 can, the size restaurants use. When our server emptied its contents on the plate, the big reveal was underwhelming: an enormous mass of beige with no visible cheese.

My friend said he warmed to the nachos because of the abundance of tasty pork.

The guacamole trio ($12) was also a mixed bag, with two bland scoops of guacamole and one fabulous one with pineapple and bacon that the menu also offers on its own. Surprisingly, the trio was served with carrots and celery in addition to tortilla chips.

It’s worth noting that the tri-colored chips were inferior chips that detracted from the enjoyment of the guac. We didn’t take our waiter up on a second round.

My friend did have a second margarita. He ordered his on the rocks ($8) and I had mine frozen ($8.50). Both were great, and I appreciated how the frozen one wasn’t exactly frozen, but instead semi-melted. The small slices of lime in both drinks were a nice touch. “I think the margarita could use more tequila, but that’s just me,” my friend said.

We arrived around 6 p.m. on a Friday and were lucky to get a comfortable booth in back. The bar was full, and by 7, a good-size crowd had formed to wait for a table.

The music — The Who, R.E.M., Bruce Springsteen — wasn’t too loud and came from the jukebox by the bar, which Escamilla said uses a background feed when no one prompts it.

The bathrooms are labeled Bettys and Barneys, in keeping with the California surf theme. The women’s room had too much air freshener, so I made the quickest exit possible.

Otherwise, BigSur, which was inspired by a cantina Escamilla visited with her father while driving along the coast on Route 1 near Monterey, California, is a place where it’s easy to kick back and savor a leisurely meal.

Online ordering: Not yet

Bottom line: Fun atmosphere with creative tacos and burritos, including a 3-pound burrito that's free if you eat it within 12 minutes.

The restaurant makes a good impression with excellent food, service and atmosphere.

Cafe review: The Bubbling Teapot provides a welcome place for bubble tea on the East Side

The cafe carries on the bubble tea and Asian street food tradition of its predecessor.

Restaurant review: Brunch at Cento feels like a special occasion

Given the spectacular atmosphere, and some elevated breakfast dishes, Cento gets credit for prices that are in line with many other local brunch spots.

The new sushi spot is expanding into other towns. 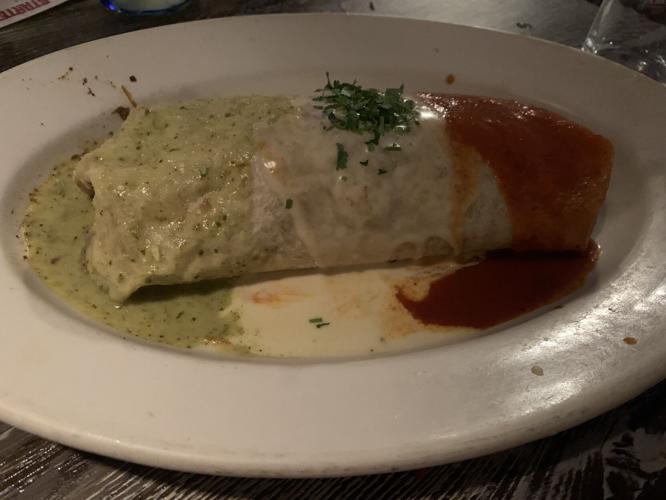 The Cinco Cinco burrito, named after Cinco de Mayo, the celebration of Mexican heritage, is smothered in green, white and red sauce to approximate the Mexican flag. 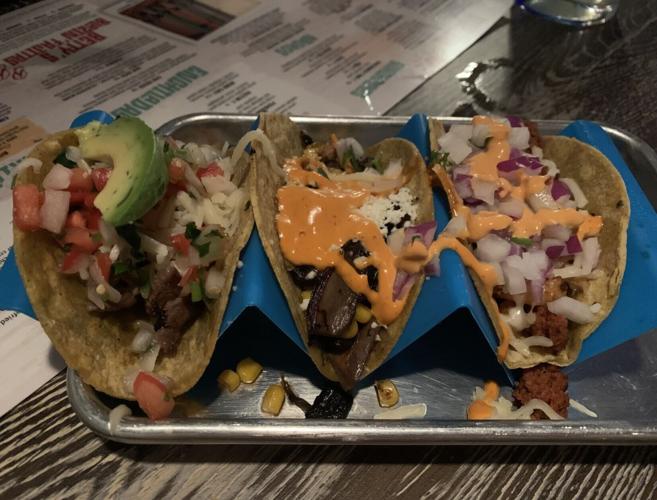 Tacos, from left: BigSur, From the Farm, and the Wabo Cali. 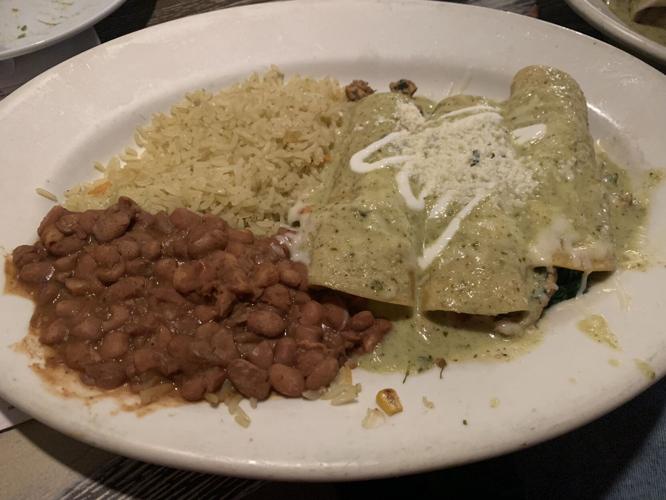 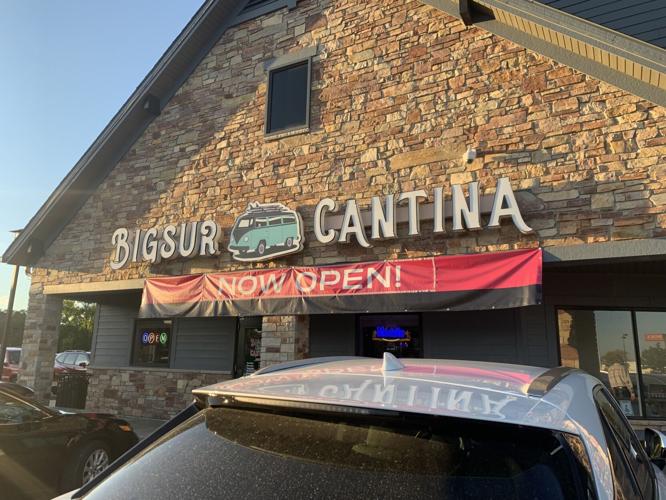 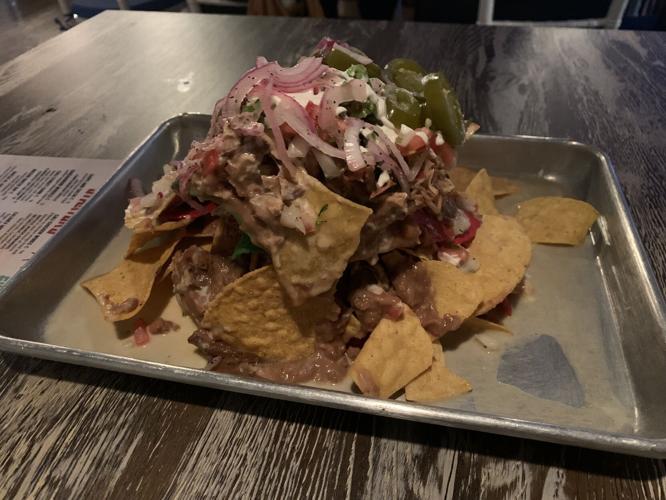 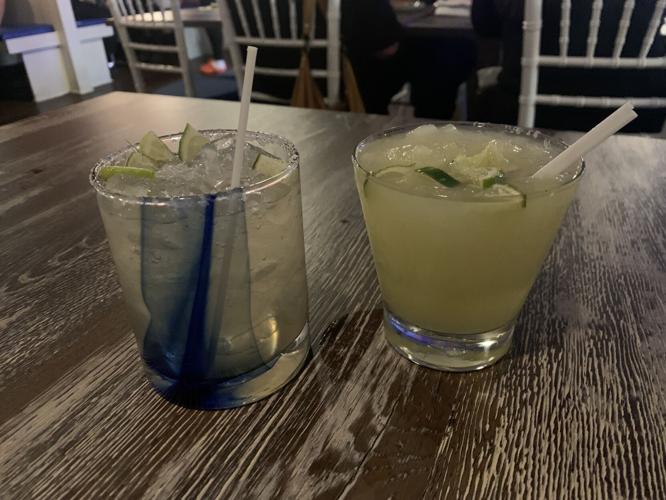 Margaritas on the rocks and frozen. 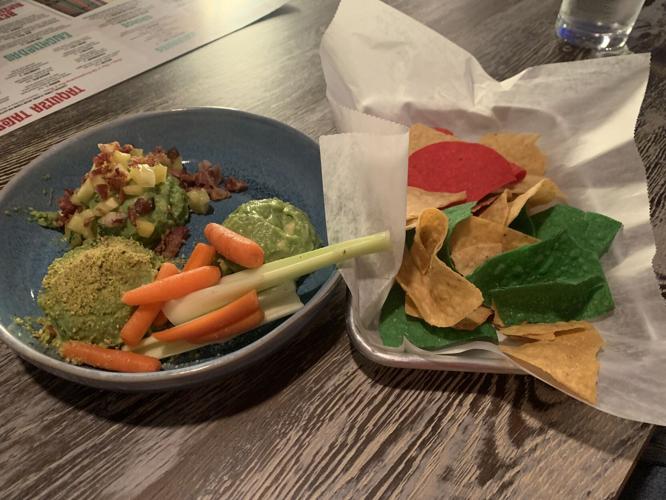 The guacamole trio served with carrots, celery and tortilla chips. 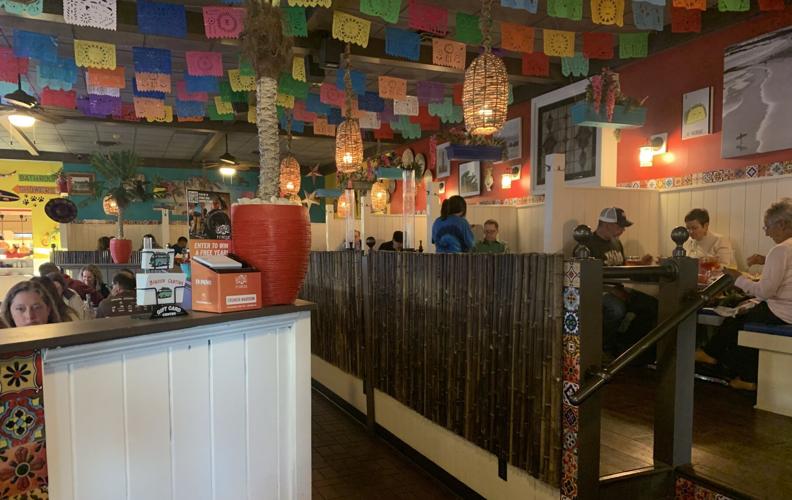 Colorful flags covering BigSur’s ceiling give it a festive feel. 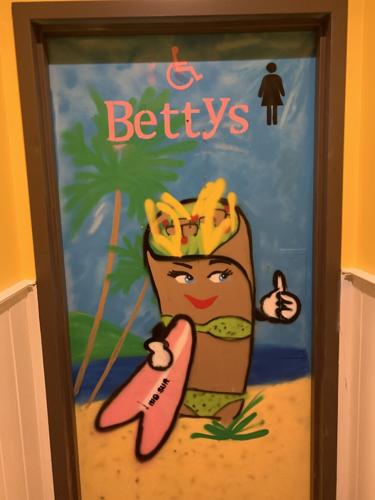