Subscribe
Read Today's E-Edition
Share This
Some come to Omicron Family Restaurant for a meal, others for a Corona and a T-shirt
0 Comments
Share this
Samara Kalk Derby | Wisconsin State Journal

Omicron Family Restaurant has gotten a lot of attention since its namesake variant became the dominant COVID-19 strain.

The Tsiampas family, which has owned the West Bend restaurant, 70 miles northeast of Madison, for 31 years, has embraced the situation, even finding humor in it. They have been selling bottles of Corona beer, not something they usually stock, and getting T-shirts printed that say “I Got Corona at Omicron. It’s contagious. West Bend, WI.”

“I think a lot of people are just getting to the point where they can laugh about it now,” said John Tsiampas, who manages the restaurant owned by his father, Bill Tsiampas, and uncle, John Tsiampas.

He said he’s putting in another order for 100 more that should arrive in two weeks.

Stories about the restaurant’s name showed up in media from the Milwaukee Journal Sentinel to a TV station in Tampa, Florida, but Tsiampas’ father, Bill, said once the restaurant made The New York Times on Dec. 15, things took a turn.

The younger Tsiampas said he was contacted by a guy in Sweden who wanted a shirt shipped to him, but it would have cost too much. He sold about 10 to people out of state, who pay a $10 shipping fee for FedEx three-day delivery.

Tsiampas said he plans to send late night host Jimmy Kimmel a shirt after the comedian joked about Omicron Family Restaurant on his show.

“People have kind of relaxed with it a little bit,” Tsiampas said about the highly contagious strain that has been producing milder symptoms than other variants. “It’s just taking something negative and making it into a positive.”

Tsiampas said the restaurant has experienced a 20% boost in sales because of all the publicity. “It’s a little bit busier, nothing crazy.”

It’s his job to send the shirts to those who call but can’t make it in. “It’s a family business, what are you going to do? There’s never a day off.”

Tsiampas said about 60% of newcomers who come in because of the name, stay for a meal. The other 40% buy a shirt and a bottle of Corona and take a photo.

The restaurant doesn’t have a mask or vaccine mandate, the younger Tsiampas said.

Bill Tsiampas said when he opened the restaurant three decades ago, he wanted to give it a Greek name to show that it was Greek-owned. He said he chose the 15th letter of the Greek alphabet because “it’s very catchy.”

He said his is the only restaurant in the country with the name Omicron.

The name, he said, has been “very well accepted” in West Bend. “The whole town was happy about it. This was a completely different name and people learned it and they love it. It’s good. The pronunciation is easy.”

After a snowy weekend into Monday across southern Wisconsin, temperatures will be headed back below zero for the next couple of mornings, according to forecasters.

Cold and getting colder before temperatures moderate for southern Wisconsin

Wind chills were down around 20 below early Tuesday and could hit 30 below early Wednesday, before temperatures moderate, according to forecasters.

'Jersey Shore' cast are 'not in support' of MTV's upcoming reboot

'Jersey Shore' cast are 'not in support' of MTV's upcoming reboot 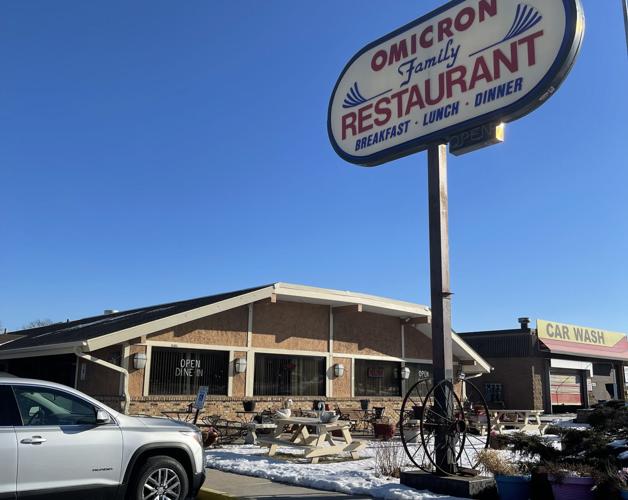 Omicron Family Restaurant in West Bend, 40 miles north of Milwaukee, existed quietly for 31 years with the name Omicron. That is until last month, when the latest strain of COVID-19 took the same name. 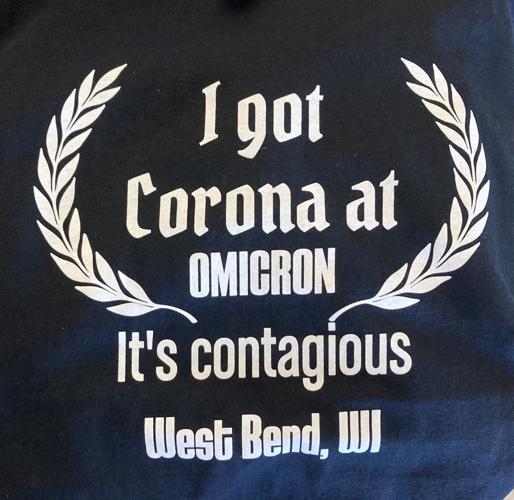 Omicron Family Restaurant has sold nearly 300 of the T-shirts. 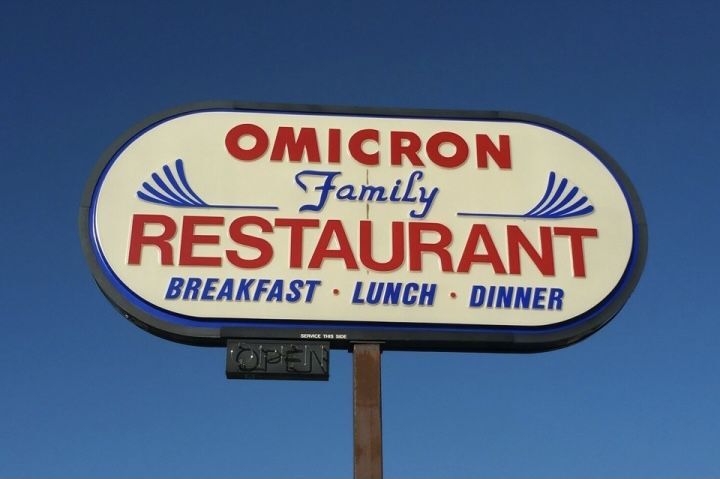 John Tsiampas, who manages Omicron Family Restaurant, is planning to send late night host Jimmy Kimmel a T-shirt after the comedian joked about the restaurant on his show. 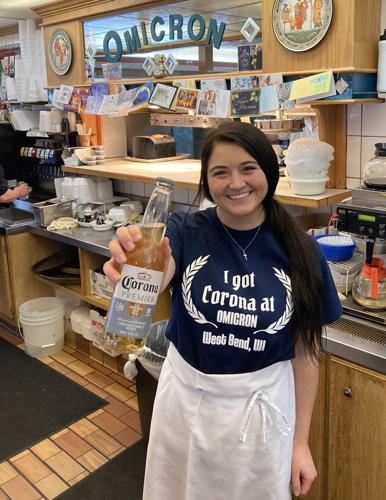 Alexa Braden, a server at Omicron Family Restaurant, holds out a bottle of Corona beer wearing a T-shirt that says "I Got Corona at Omicron. It's contagious. West Bend, WI."