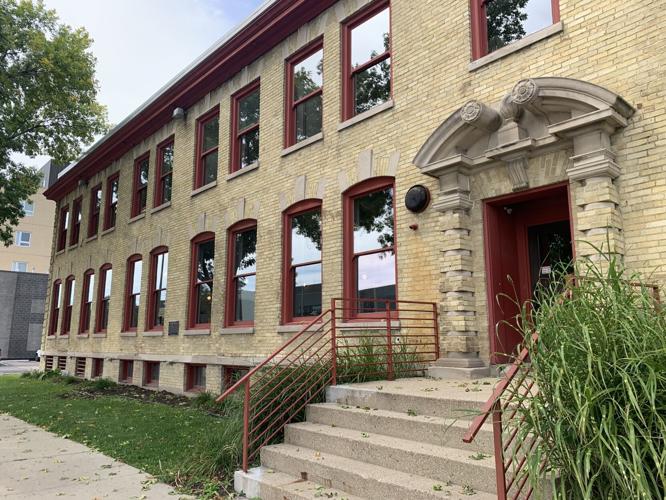 Turn Key is in a historic building on East Washington Avenue. 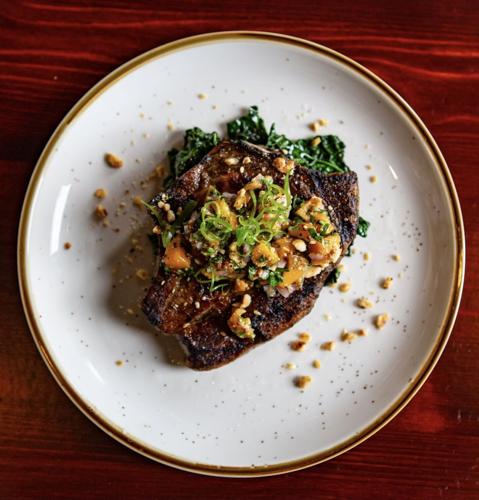 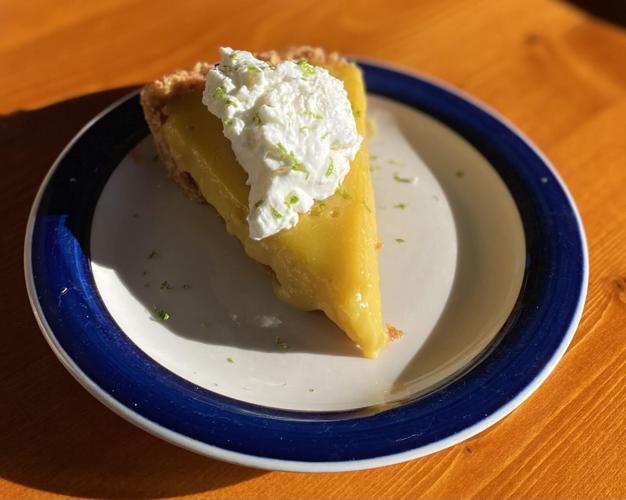 The corn pie has been popular in the restaurant's first week.

Turn Key, from the owners of Settle Down Tavern and Oz by Oz, opened Sept. 14 at the former Pasqual’s location on East Washington Avenue.

It takes its name from the ease of the transition, and offers both casual and upscale menus.

The 12,000-square-foot restaurant at 1344 E. Washington Ave. is open Wednesday through Sunday to start, said Brian Bartels, who owns the three businesses with Ryan Huber and Sam Parker.

The partners have kept the huge bar intact, but have opened it up to make it brighter and more connected. “You can see across the bar now and the whole dining area of the bar just feels a little bit more cozy, inviting and warm,” Bartels said.

He said they’ve brought in lamps, which give off a library ambiance.

They’ve added plants to the back patio, which he said will eventually have a pergola enclosure, and hopefully an outdoor bar by next spring.

A game room, or rec room area, has a handmade floor shuffleboard, the kind Bartels said is found on cruise ships and in retirement centers. The room also features some nontraditional Dutch, German and Belgian-influenced board games.

That menu also features something Huber said they’re calling the Wisco roll: Lake Superior trout, brown butter mayo, shallots, herbs and a potato chip topper on a housemade brioche roll. All the bread is made in-house, he said.

For dessert, Huber said, Mink’s corn pie, a secret recipe, has had an overwhelming response in the restaurant’s first week.

Bartels, who grew up in Reedsburg, spent 14 years in New York City, where he partnered with fellow UW-Madison graduate, Gabriel Stulman, in Happy Cooking Hospitality, a group of restaurants in the West Village that includes Joseph Leonard, Jeffrey’s Grocery and Fairfax. He’s still a silent partner in Happy Cooking.

Bartels is also author of “The Bloody Mary” and “The United States of Cocktails.”

He said he and his partners are delighted to open Turn Key in a historic building. “I knew it when it was Fyfe’s back in the day. It has so much cultural history and relevance to this neighborhood and the Near East Side that we feel very honored to be a part of it.”

Fyfe’s Corner Bistro closed in 2007 after 14 years as a neighborhood favorite. The building sat vacant for eight years until Pasqual’s opened in 2015.

A plaque on the outside of the building identifies it as the old Fuller & Johnson Manufacturing Co. Office Building built in 1885 with additions in 1892 and 1909. It’s significant for its association with Madison’s industrial history, the sign says. Fuller & Johnson was a producer of farm implements. The building received its historical designation by the Madison Landmarks Commission in 2004.

Bartels, Huber and Parker were planning a restaurant on the North Side called Cranberry Club in the former home of Jacobson Bros. Meats and Deli in Lakewood Plaza Shopping Center, but switched gears when Pasqual’s closed this year.

“The reality is it’s very difficult to build from scratch right now,” Bartels said. “Since COVID, the price of materials and labor and everything associated with building up a raw space can prove to be very difficult in these times. And I think everybody’s kind of experiencing that in different ways.”

He said he and his partners loved the space on Sherman Avenue, but the week after they decided against moving forward there, Pasqual’s owner Ben Roberts asked if they’d be interested in the East Washington Avenue space.

“It was the most opportunistic situation given that it was a preexisting space with all the bones and infrastructure ready to go, and a kitchen that had really nice equipment,” Bartels said.

The configuration of the space is similar to Settle Down, so it was familiar and gave them inspiration, he said.

Bartels said they’ve been working on the space since July and are still tweaking certain aspects to make it their own.

That the name Turn Key is a play on words is similar to how they created Settle Down, named for its location in the First Settlement District.

Their bar, Oz by Oz, also uses wordplay, referencing ounce by ounce, and people still ask which one it is, Bartels said.

The Wisconsin Elections Commission notified clerks Friday that identifying information for an independent candidate running for Congress in the 2nd District was printed incorrectly on general election ballots.

Hocus Pocus 2: They're Back (Spot)

Turn Key is in a historic building on East Washington Avenue. 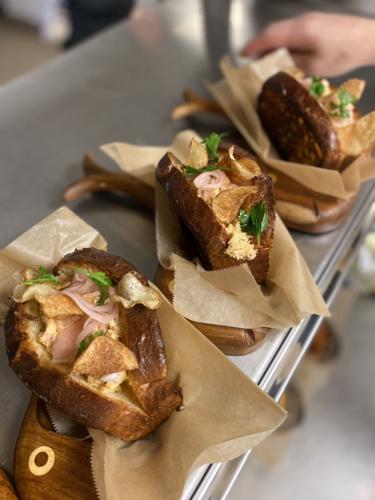 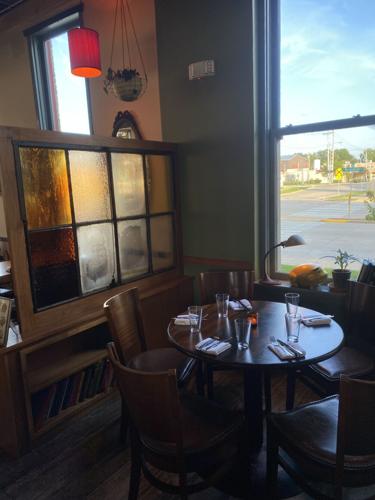 Turn Key is open Wednesdays through Sundays to start. 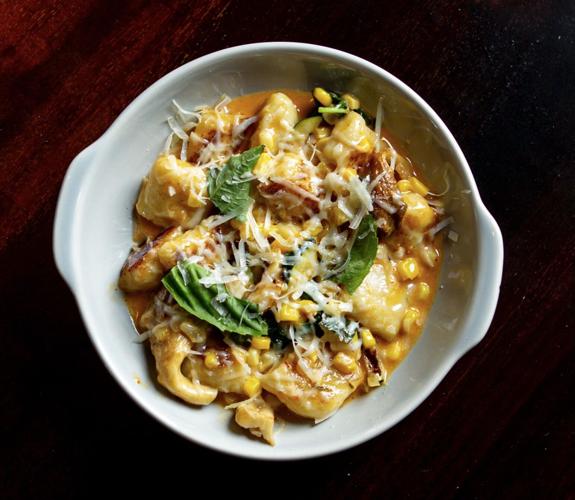 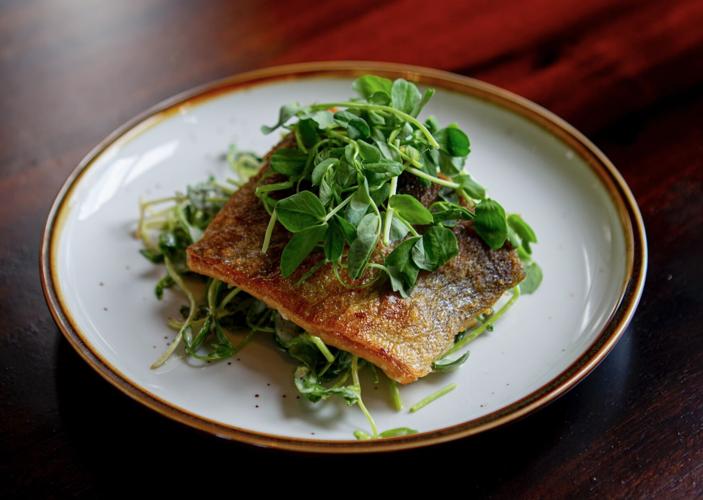 The corn pie has been popular in the restaurant's first week. 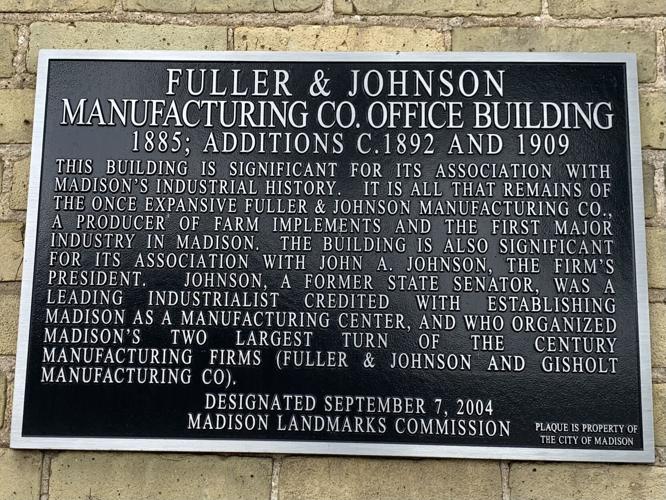 A plaque on the outside of the building identifies it as the old Fuller & Johnson Manufacturing Co. Office Building, built in 1885. 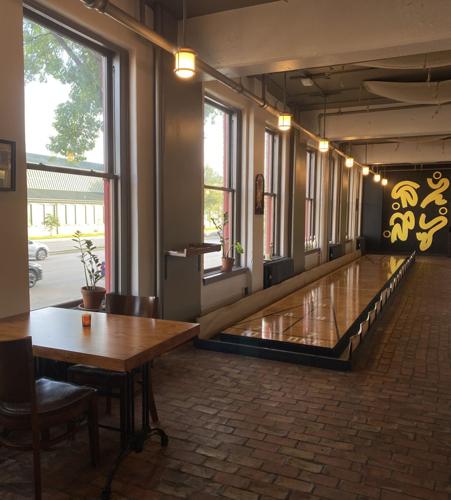 The rec room area has a handmade floor shuffleboard.