Stouffer closed his Roman Candle locations on Monroe Street and in Fitchburg in late 2019, but said his Middleton restaurant is doing well and will remain open.

“We were in our 18th year — I had to call it quits,” he said about his Williamson Street shop. “Just like so many places, we just never quite recovered from COVID,” Stouffer said, noting that he also had a hard time finding staff.

Stouffer said he couldn’t raise prices enough to compensate for food costs that he said are higher than ever. Labor costs are also at an all-time high, he said. “It’s just a really untenable situation.”

At the Williamson Street restaurant, sales were down 30% to 40% compared to 2019, he said, “and we just haven’t been able to climb back out. But the Middleton location has recovered and is doing great,” he said.

Stouffer opened the original specialty pizzeria on Williamson Street with partner Thomas Cranley in 2005. Roman Candle’s Middleton location opened in 2007. Stouffer bought out most of Cranley’s share in 2011, the same year he put a Roman Candle outlet in the Madison Children’s Museum.

The museum closed in March 2020 for more than a year, and the restaurant didn’t reopen its kiosk there. It is still handling museum events through June 30, however.

Stouffer opened the Fitchburg restaurant in 2010, and Monroe Street’s in 2016. He also had a restaurant in the Milwaukee suburb of Whitefish Bay for five years that he closed in 2018.

In 2010, he bought the building that houses the Williamson Street location. He is selling it. Stouffer said he’s negotiating with people who want to put another restaurant in the space.

“It’s been a privilege to occupy that corner for going on two decades,” he said. “It was so fun to be part of the revitalization of that neighborhood.”

Stouffer said when he opened the restaurant there was a lot of energy surrounding it, adding that it was one of the first restaurants in the city outside of State Street to have sidewalk dining.

He called the neighborhood a victim of its own success. “There’s so many more places to go eat at and dine at within a couple miles of our location,” he said.

It had become harder for Roman Candle to differentiate itself, he said. “But I’m confident that a new business owner with a new concept, coming in fresh, will be able to get people to come back, get people to come out. And that’s what Willy Street’s going to need.”

Stouffer pointed to the closure of two “legacy” businesses on the street: the 22-year-old Ground Zero Coffee in late 2020 and Lao Laan-Xang in March, after 25 years, calling it “the natural ebb and flow.”

“I think Willy Street’s ready for some new concepts, some new life, some new energy,” he said.

Stouffer said he has a great manager in Middleton who has been there for six years. Sales there are up or about even from where they were in 2019, he said.

Willy Street never got back to turning a profit, he said, adding that he didn’t get Restaurant Revitalization Fund money like a lot of his competitors did. He was able to get some aid from Dane Buy Local, the county, the state, and through the Paycheck Protection Program, which he said allowed him to pay his expenses through much of the pandemic.

Stouffer stressed how important it is for people to go out to support their favorite restaurants, because while getting takeout and delivery helps, restaurants make money when customers come in and order beverages and dessert.

He said he’s been working with the organization for almost a decade, “to keep Madison thriving and make it the kind of place that’s really a wonderful place to live. We just have to support all these small businesses right now.”

On May 12, Stouffer was one of three hospitality winners of a Silver Lining Award created by the Friends of the Madison Arts Commission to recognize 20 people and organizations in the local arts, community and hospitality sectors who have innovated and gone above and beyond during the pandemic.

“It was a real honor to win it,” said Stouffer, who gave away about 5,000 meals to first responders during the pandemic.

“Even though we found ways to be generous and give during COVID, you just can’t make up for a complete disruption to all to your business,” Stouffer said.

Two chefs well known in Madison to those who love Mediterranean food opened a restaurant Monday in Middleton.

At Dirty Dog Taphaus customers serve themselves by the ounce

The burger restaurant closed May 1 after 5 1/2 years, with the loss of its manager and kitchen staff. 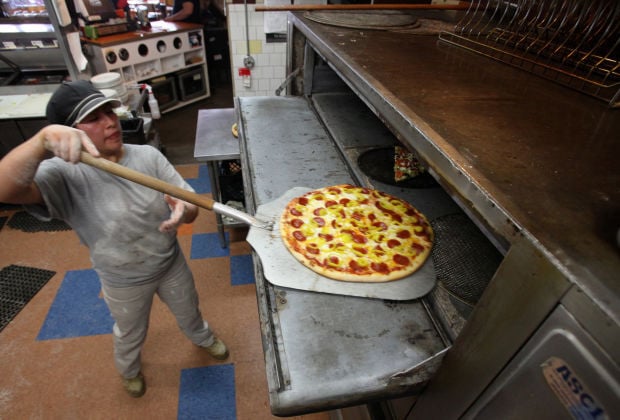 Leticia Almote checks on a pizza in the oven at Roman Candle Pizza in 2014. 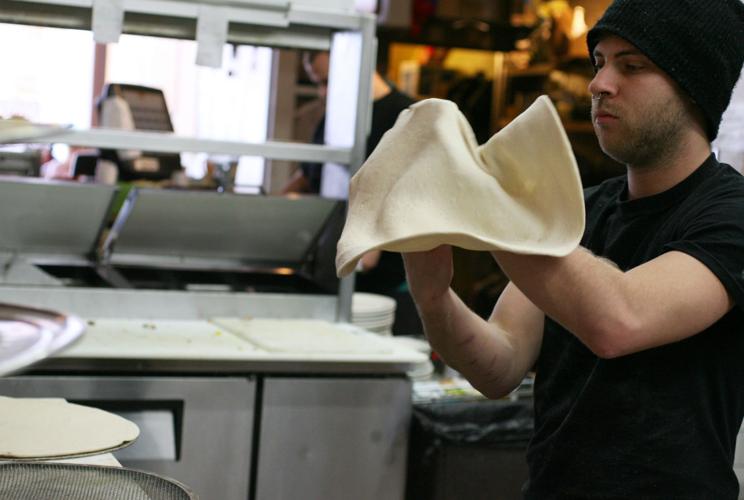 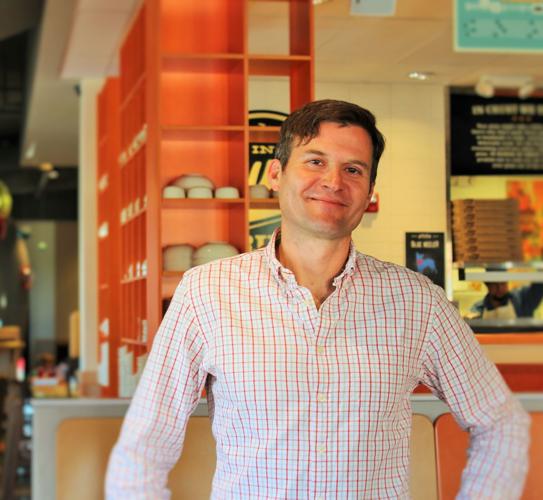