A popular breakfast restaurant in the Milwaukee suburb of Wauwatosa is set to open Monday in Sun Prairie.

It will be a second location for Golden Nest Pancakes and Café and will open at 2812 Prairie Lakes Drive, in what was Steinhafels Mattress at Prairie Lakes.

Plans called for it to open in June, but the restaurant faced supply chain and hiring issues, said Wayne Doney, the restaurant’s general manager.

He said Monday he was waiting on an alcohol license and a final building inspection.

“We’re not full yet with the staffing needs that we have,” Doney said. “We’re still interviewing and ads are posted and we’ll see what happens.”

On Thursday, he said his plan was to open Monday. “It’s going to be chaotic, I’ll tell you that.”

The Wauwatosa restaurant opened in August 2020.

Carol Deptolla, who reviews restaurants for the Milwaukee Journal Sentinel, put Golden Nest’s French toast stack in a roundup of “great brunches.” The stack is made with cinnamon bread and roasted apples, with layers of cream cheese icing and candied pecans and whipped cream on top.

“That’s one that stays on the menu because people really enjoy it,” Doney said. “It’s about as much a dessert as it is breakfast.”

Similarly, a Boston cream pancake is filled with Bavarian cream and topped with chocolate ganache.

Restaurant review: Who has the better burger, Turn Key or Settle Down? That's a tough call

The restaurant recently added an omelet with figs, honey and bacon, suggested by a customer. “It’s a nice item with savory and sweet,” Doney said.

Doney said besides egg dishes, the menu is focused on French toast and pancakes. They’ve done away with oatmeal because, he said, people aren’t eating it the way they used to.

The menu at the new restaurant will be the same, he said, with the two restaurants offering different specials.

The capacity at the Wauwatosa restaurant is 140 inside with an additional six tables outdoors in nice weather. Doney said the capacity in Sun Prairie will be about the same.

Golden Nest is owned by brothers Sklkim Saliu and Burim “Benny” Saliu, who are originally from Albania and have run Sunview Restaurant in Beaver Dam, where they live, for almost 13 years. In February, they opened Adriatic Fresh Seafood & Steaks, a Mediterranean restaurant, also in Wauwatosa.

The pizza has a creamy mushroom base and is topped with green beans, onions and the tavern's five-cheese blend. It's finished with a  shredded cheddar and french fried onions. 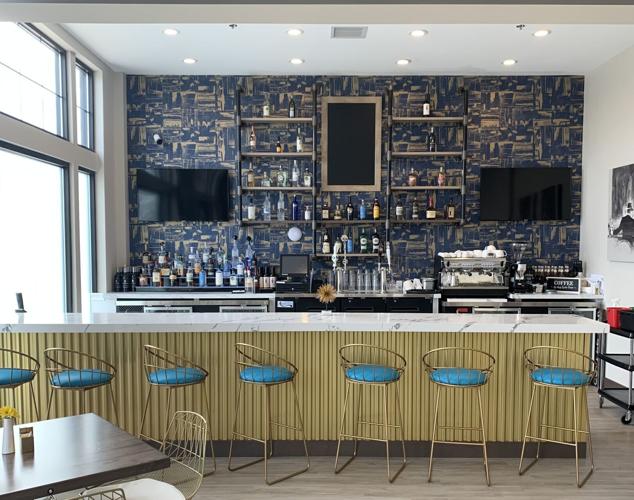 Golden Nest Pancakes and Cafe, which opened in Wauwatosa in 2020, is expected to open a second location in Sun Prairie next week. 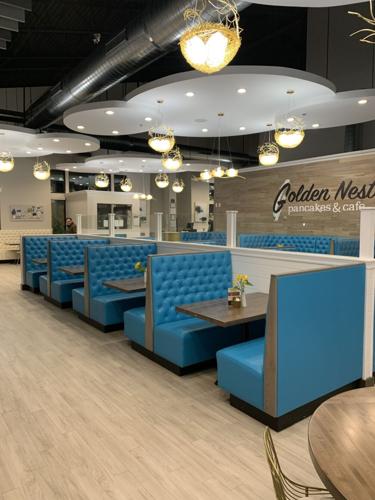 Golden Nest is owned by brothers Sklkim and Burim Saliu, who also have Sunview Restaurant in Beaver Dam.