To start, it has been open Friday nights, Saturdays and Sundays.

“We’re still new, but having a lot of fun, learning a lot. It’s just been a great experience,” said Leah Hanson, who owns the business with her husband, Keith Kube.

The taproom, at 101 Sixth Ave., has 30 beverages available for people to pour themselves. Customers wear a wristband that activates the taps and keeps track of their tab.

Beverages are priced by the ounce and customers have the option of just pouring an ounce or two if they want, Hanson said.

For instance, she said, someone who normally drinks light beer, or someone who favors cider, might be curious to try a porter. “And if it’s 35 cents an ounce, you’re literally in for a 35- or 70-cent investment to see if you like it before you commit yourself to a half glass, whole glass, whatever you might pour yourself,” she said.

It also allows customers to create their own flights, she added.

Hanson and Kube, both 56, discovered the self-pour technology at First Draft Taproom & Kitchen in Denver, where Hanson’s son lives.

Neither have owned a bar or restaurant before. She sells medical devices during the week and Kube owns a fabrication and welding business.

The technology comes from iPourIt, which has installed about 8,800 taps in 300 places in North America. According to the company, its systems have accounted for 270 million ounces poured.

Amber Costa, a spokesperson for iPourIt, said three other businesses in Wisconsin use the company’s system: Double Barrel Bar at the Holiday Lodge Resort in Tomah, Geneva Tap House in Lake Geneva, and The Tap on Tower in Superior. Costa said Dirty Dog’s is the closest to Madison.

There are a few other self-pour providers who may have locations in the state.

The tap wall at Dirty Dog features a rotating selection of local and regional craft beers, ciders and seltzers. The five taps in the center are reserved for beers from nearby New Glarus Brewing. The remaining taps have local and regional beers and other beverages, including 1919 Draft Root Beer for do-it-yourself root beer floats.

Hanson, who has lived in New Glarus for 25 years, raised two children there, and after getting divorced reconnected with Kube, with whom she went to high school in Goose Lake, Iowa.

She said they had envisioned opening the taproom five or 10 years from now, but when the location, a former jewelry shop, became available, they moved up their timeline.

“We could just taste test little bits here and there of all kinds of wonderful things,” she said. “My son, who’s a big beer guy, he could pick his favorite and pour himself a whole 16-ounce glass and we could all just sit and enjoy the same atmosphere together.”

The couple’s two Labrador retrievers were the inspiration for the name Dirty Dog. Everyone in her family has dogs and when they get together, they laugh about how there are always more dogs in the room than people, Hanson said.

“We were staring at our two dogs literally as we were trying to figure out names,” she said. “Over a weekend or a week, our dogs get dirty from their noses to their toes in the summer. And I think it was Keith that just popped up and said ‘Dirty Dog.’”

The taproom, 25 miles southwest of Madison, has a dog-friendly patio and when customers bring their dogs, Hanson said she tries to take a picture of each one to put on Instagram.

They plan to keep their weekend schedule for now and if all goes well, eventually expand their hours.

Hanson said she enjoys the social atmosphere. “I always joke it’s like hosting a party for everybody that you know, or don’t know, for two-and-a-half days on the weekend.”

She said they plan to have live music on weekends in the coming months.

Two chefs well known in Madison to those who love Mediterranean food opened a restaurant Monday in Middleton.

The burger restaurant closed May 1 after 5 1/2 years, with the loss of its manager and kitchen staff. 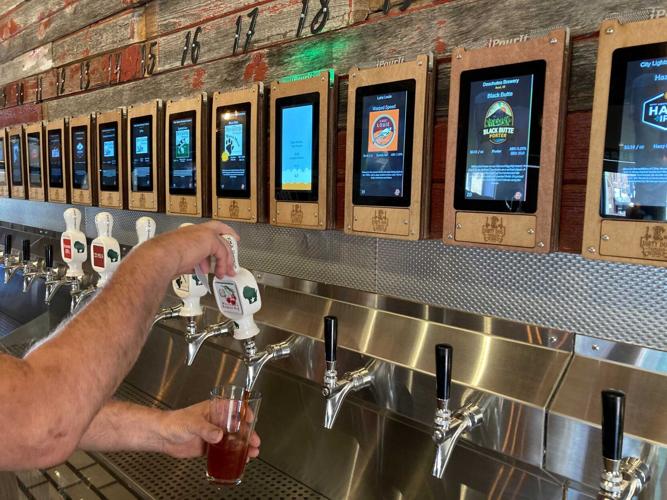 Co-owner Leah Hanson said that with the pour-your-own model, customers don't get penalized for guessing wrong. 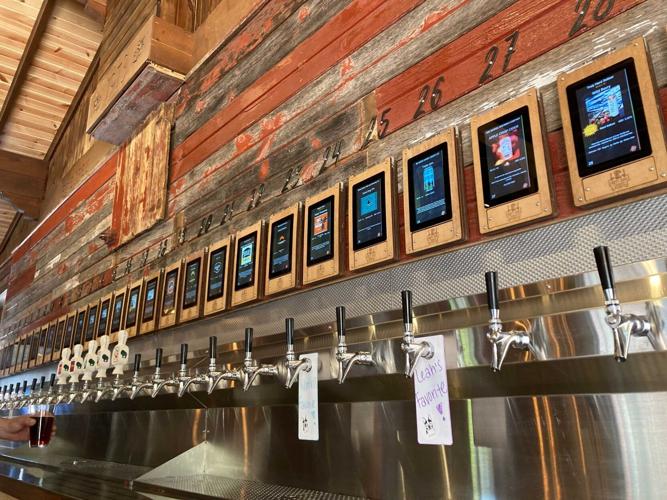 The taproom, at 101 Sixth Ave. in New Glarus, has 30 beverages available for people to pour themselves. 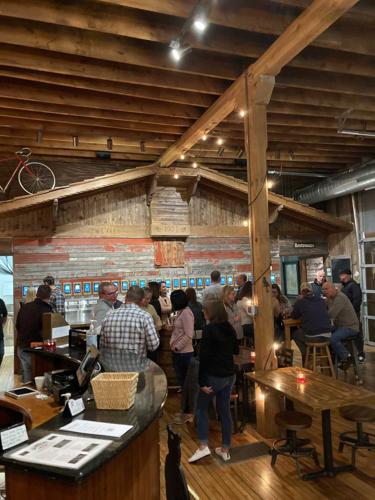 At Dirty Dog Taphaus, customers wear a wristband that activates the taps and keeps track of their tab. 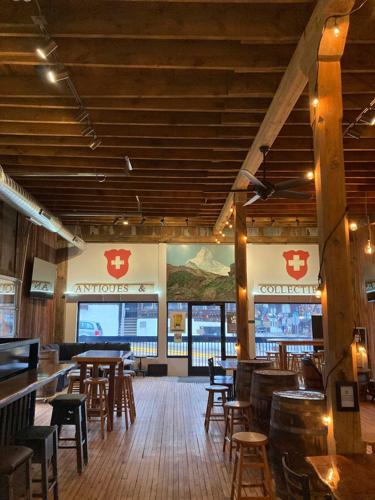 Beverages are priced by the ounce, and customers have the option of just pouring an ounce or two if they want to try something. 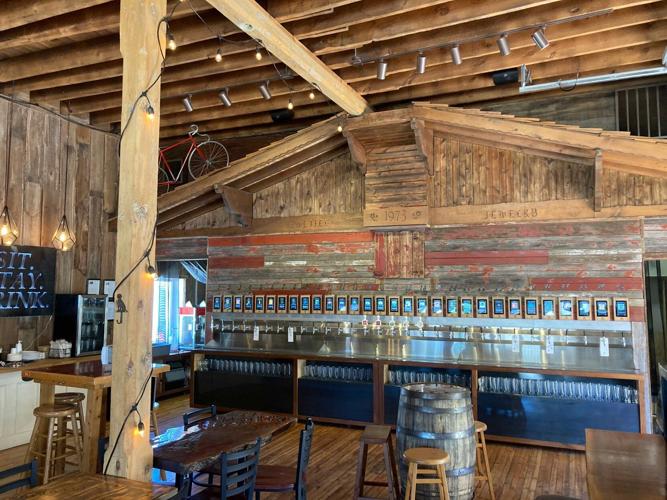 The tap wall at Dirty Dog features a rotating selection of local and regional craft beers, ciders, and seltzers.