Some of the newest beers that are about to hit the tap lines of Madison breweries have familiar styles.

Only the recipes for these brews are far from local.

In March, Pravda Brewery in Lviv, Ukraine, released its beer recipes for all to see and invited brewers from around the world to make its beers to show support for its home country, invaded by Russia in February. The beers will also carry the brewery’s original labels, some bearing caustic messages about the conflict.

Eleven Madison-area breweries have taken up the cause and on Sunday will serve them at the “Brew for Ukraine Brewing Festival” at Wisconsin Brewing Co. in Verona. The event, from noon to 5 p.m., will include music and food and could raise more than $20,000 with the proceeds going to Ukraine relief efforts.

Some of the beers in what is being called the “Victory Series” will also be available at select breweries and a few taverns. One of the beers, Syla, named after a small Ukrainian village and made at Giant Jones Brewing Co. on Madison’s Near East Side, has also been bottled and is for sale in individual 500ml bottles at the brewery and by next week at Star Liquor on Williamson Street.

“When there’s opportunities to partner with our colleagues to relieve the fallout from aggressive imperialism, it’s obvious,” Jessica Jones, co-founder of Giant Jones, said when asked about her brewery’s involvement in the collaborative project. “When it’s all of our colleagues coming together to, like, move on one thing, it’s just a bigger splash.”

And like the Madison-area breweries involved in the collaboration, Pravda Brewery is also a craft brewing company. It was founded in 2014 and its first home was a former department store on Lviv’s central square. The project included Czech engineering, Belgian consulting, a German bottling line, Spanish pouring system and American brewer, according to the brewery’s website.

Pravda, which is Russian for “truth,” later relocated to expand its production threefold and now has the capacity to brew 9,500 barrels of beer a year and has a stage where its own brass band orchestra performs.

But when Russia invaded, the brewery halted production to make Molotov cocktails for the Ukrainian Territorial Defense Forces. It’s unclear if the company has restarted its brewing systems, but its recipes are now being made by breweries around the world, including at Lakefront Brewery in Milwaukee, Bare Bones Brewery in Oshkosh and Sunshine Brewing Co. in Lake Mills.

“As peaceful craft brewers, we want to return to the normal life asap and enjoy brewing and drinking,” the brewery wrote when it released its recipes.

“It’s a decisive moment for Ukraine, Europe and democracies of the world. Soon (we) will win this war and have a good beer. The Beer of Victory.”

Pravda also is sending a message to the world with the names of some of its beers. Frau Ribbentrop, a wheat beer brewed locally by Vintage, is highly critical of former German Chancellor Angela Merkel for not supplying Ukraine with weapons and continuing to do business with Russia. The golden ale, produced here by Great Dane, is dubbed “Putin Huylo,” which translates into a slur against the Russian leader.

On a lighter note, Pravda’s beer “From San to Don” was produced at Grumpy Troll Brew Pub in Mount Horeb. The name comes from two rivers, one in western Ukraine, the other in central Russia. Proceeds from the Ukrainian beer sold in the Grumpy Troll taproom will go to a charity that feeds Ukrainian refugees in Poland.

“This shows that local people can get together and make a difference,” said Dave Joe, Grumpy Troll’s director of operations. “We’re pretty passionate about helping everybody out.”

"When it's all of our colleagues coming together to, like, move on one thing, it's just a bigger splash."

On Retail: Hy-Vee adds to the competition for liquor sales

The grocery retailer opens its first stand-alone liquor store in Wisconsin and it features a walk-in, climate-controlled wine cave, humidor and bar or tastings.

Photographing Wisconsin in her own way

Alessandra Sanguinetti has been taking photographs of Wisconsin since 2014 and was inspired by "Wisconsin Death Trip," a book she discovered as a child growing up in Argentina.

Watch now: Bowling on a string, the possible future of one of Wisconsin's signature sports

String pinsetters have arrived in Wisconsin, but will they replace traditional pinsetting machines?

The massive expansion will add more production space and, across the street, create a 200,000-square-foot warehouse, distribution and office facility.

The Madison brewery has plans for a larger brewing system, more fermentation tanks, a canning line and expanded distribution.

No injuries as fire destroys multi-use building in town of Springdale, authorities say

A fire Thursday destroyed a multi-use building in the town of Springdale, but caused no injuries, the Dane County Sheriff’s Office reported.

Attendees of the Brew for Ukraine Brewing Festival drank for a good cause where 100% of the proceeds from sales of beer, t shirts, food and other goods will be donated to Ukraine-based organizations in an effort to help the war-torn country.

With the help of former resident and now author Harold Kurtz, the village of Brandon in Fond du Lac County is on the cusp of expanding its library for the first time in 109 years.

Watch now: Making the invitation of the Lower Wisconsin Riverway a bit safer

A free life jacket program continues to grow, while a new text alert system has been launched for the 92-mile stretch of wilderness.

A buyer had been found but the deal fell through forcing the founders to shutter the doors on Thursday. 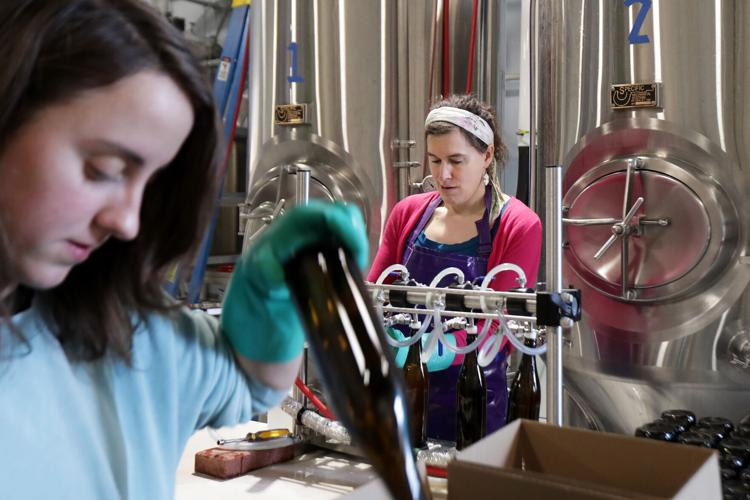 Natalea Wright, left, cleans bottles as Jessica Jones bottles beer made at Giant Jones Brewing Co. on Madison's Near East Side. A beer festival featuring beer made by 11 local breweries with five recipes from Pravda Brewery in Lviv, Ukraine, will take place from noon to 5 p.m. Sunday at Wisconsin Brewing Co. in Verona. 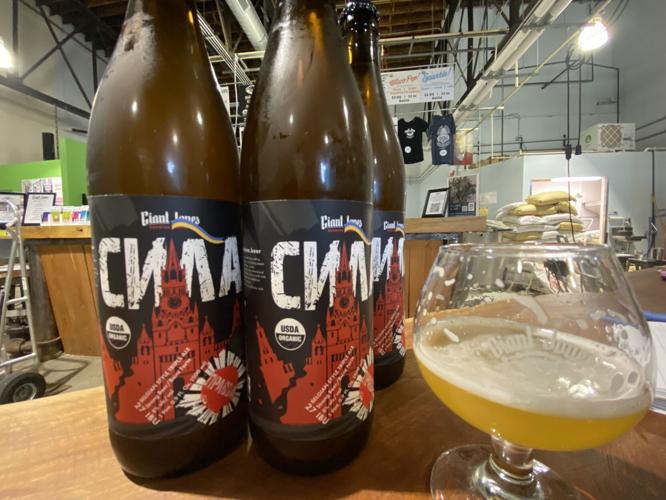 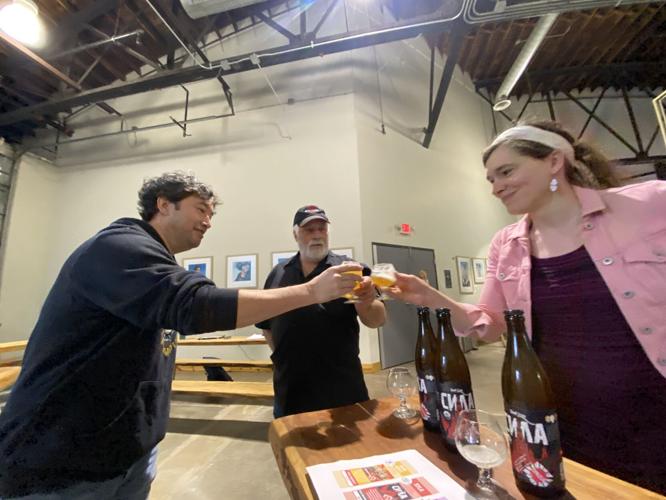 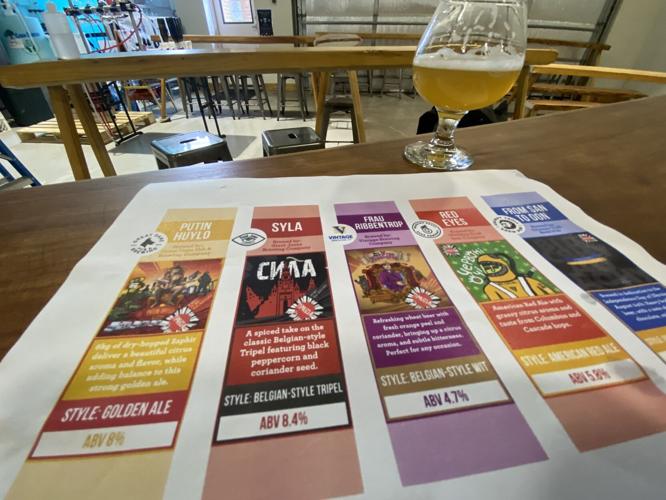 Pravda Brewery in Lviv, Ukraine, released not only its recipes for five beers but also the graphics for labels. 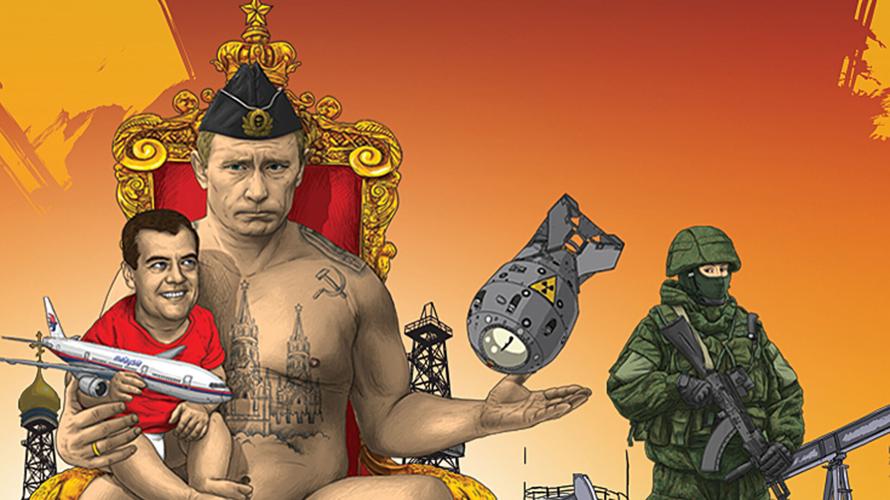 Detail of the label Pravda Brewery provided to wrap around bottles of "Putin Huylo," a golden ale whose name translates to a slur against the Russian dictator. 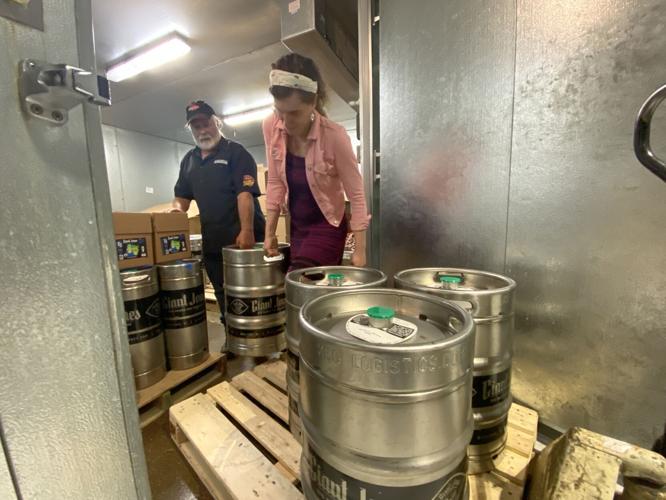