Three years after purchasing Lake Louie Brewing in Arena and moving production to Verona, Wisconsin Brewing Co. announced Thursday that its beers will be produced under the Lake Louie label starting next year.

Badger Club Amber, Yankee USA IPA and Chocolate Lab Porter will continue to be produced at WBC in Verona; they'll just be associated with the Lake Louie name.

The move is designed to help WBC focus on its growing contract business and on a planned expansion that could double annual production to 100,0000 barrels in 2023 and even more in later years.

The change also eliminates working with more than one distributor in each sales region, could help better position WBC brands that struggled to gain traction in the crowded craft beer market and will allow WBC marketers to focus on a single portfolio that emanates an outdoor Wisconsin vibe, according to Paul Verdu, a longtime beer executive who was named WBC's president in April.

"It was a hard decision, but we needed to move to one brand," said Verdu, who consulted with WBC founders Carl Nolen and Kirby Nelson and Lake Louie founder Tom Porter.

"It was a unanimous, fully supported, egos-aside decision to move into Lake Louie. It's been around longer, has a more interesting backstory, and there's just a lot more things to bring to life in the market to grab the consumer's attention."

The change also will include the rollout of a new brand design for Lake Louie. The new design keeps a fishing lure in the image, but in combination with a glass of beer, bubbles included.

Lake Louie opened its doors in January 2000 in a 576-square-foot storage shed on Porter's rural 18-acre Iowa County property, near the Arena Pines & Sand Barrens State Natural Area and the Wisconsin River. The property also included a small pond adjacent to Porter's house, which was named after his Uncle Louie. Expansions and more beers, like Warped Speed Scotch Ale, followed.

In 2011, a bottle of Porter's Kiss the Lips IPA was among the Wisconsin beers served at the White House during President Barack Obama's Super Bowl party.

WBC was founded in 2013 by Nolen, the former president, and Nelson, the former brewmaster, at Capital Brewery in Middleton. When WBC opened, the $8.5 million facility was built with high-tech, largely automated brewing equipment with hopes of producing up to 250,000 barrels a year and becoming one of the state's largest craft brewing companies. But as the market became flooded with local, regional and national craft beer brands and beer drinkers who had little loyalty to a single brand, WBC began to switch its focus into contract brewing.

The company also operates a highly successful beer garden next to a pond in the Verona Technology Park and has plans to expand the area to accommodate up to 4,000 people.

Later this month, WBC also will start brewing on a five-barrel "innovation brewery" that is being built at Wisconsin Brewing Company Park in Oconomowoc. It's a 2,500-seat baseball stadium that is home to the Lake Country Dockhounds, a team that plays in the American Association of Professional Baseball and is affiliated with Major League Baseball.

WBC purchased the naming rights, while the brewery in the stadium, called "Lake Louie Brewing — The DockHaus," is set to be open during the offseason and allow for Nelson to experiment with styles. The facility also will offer music, game nights, trivia nights and sports viewing.

“The brewhouse has capabilities to utilize brewing techniques not commonly found in small breweries. You name it, we’ll be able to brew it," Nelson said in a press release. "It’s a brewer’s dream.”

The purchase of Lake Louie in 2019 was designed to expand the offerings of WBC and to increase revenue. But WBC's own brands struggled to grab footholds.

Meanwhile, production for many craft brewing companies in the industry was declining. Brewing capacity at Capital Brewery, for example, has been nearly cut in half since 2014, while Ale Asylum on Madison's North Side has shuttered its 45,000-square-foot brewery.

But contract brewing has been a savior for some companies, the most notable being Octopi Brewing Co. in Waunakee. Founded in 2015, Octopi is nearing the completion of a $72 million expansion that will give the company 576,000 square feet of warehouse, production and office space, and help push production toward 1 million barrels for 20 different companies.

WBC, with 32 employees, will add more fermentation tanks to its 50,000-square-foot facility in the coming months. But it's also eyeing an expansion that would double the footprint of the brewery and make room for more tanks, warehouse space and packaging machinery. The goal is to have contract production account for about 90% of the business, according to Verdu. The WBC name will remain and be the umbrella company for Lake Louie and the contracting side of the business, which currently makes beer, non-alcoholic beer, seltzers and hard teas.

"We're committed to Wisconsin Brewing Company. It's not going anywhere," Verdu said. "We’ll just be more focused, which will help us."

"It was a hard decision, but we needed to move to one brand."

Paul Verdu, a longtime beer executive who was named president of Wisconsin Brewing Co. in April

It’s hard to say if these beers are getting sweeter without tasting notes that I don’t have, but my impression is that they are.

Bee’s Nuts, the second in a beer series collaboration between Hop Haus and Honeybee Cannabis, celebrates the important impact Madison-based Clean Lakes Alliance has on the local community.

A year-long exhibit at the Merrill Historical Society Museum tells the story of Central Wisconsin filmmaker Bill Rebane and his B movie horror flicks.

A bowling alley in a gated apartment development? It's happening in Windsor

T. Wall Enterprises is nearing completion of a $15 million apartment building, but more are on the way, along with high-end amenities, in the $60 million development just north of Madison.

A home for veterans and another step for Edgerton Community Outreach

Edgerton's oldest building is being transformed into apartments for veterans and will provide meeting space for the VFW.

Brad William Henke has died at the age of 56

I've never been more proud to be from Ukraine, says Mila Kunis

I've never been more proud to be from Ukraine, says Mila Kunis

The College Football Playoff Decides To Expand To 12 Teams

The College Football Playoff Decides To Expand To 12 Teams 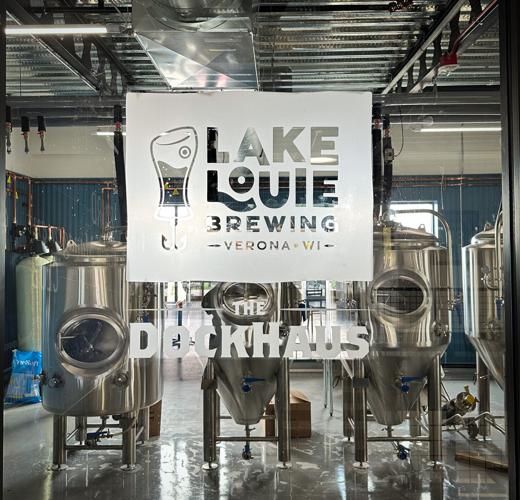 An experimental brewery capable of making five barrel batches will soon be operational at Wisconsin Brewing Company Park in Oconomowoc. WBC has also announced that its beer brands, beginning in 2023, will be part of the Lake Louie label, which was purchased by WBC in 2019. 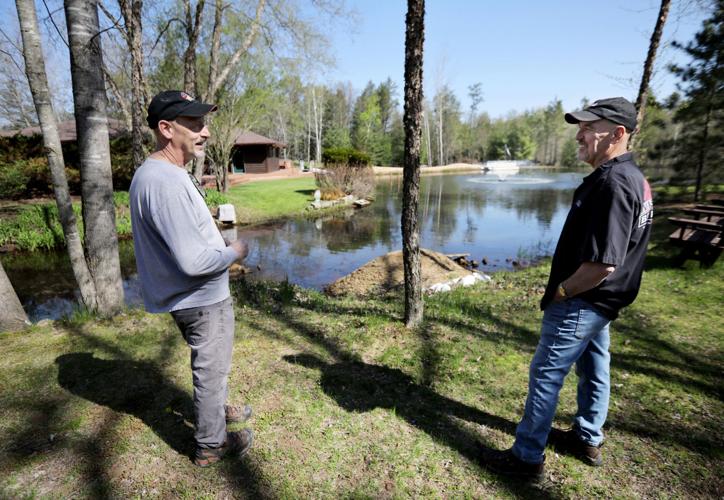 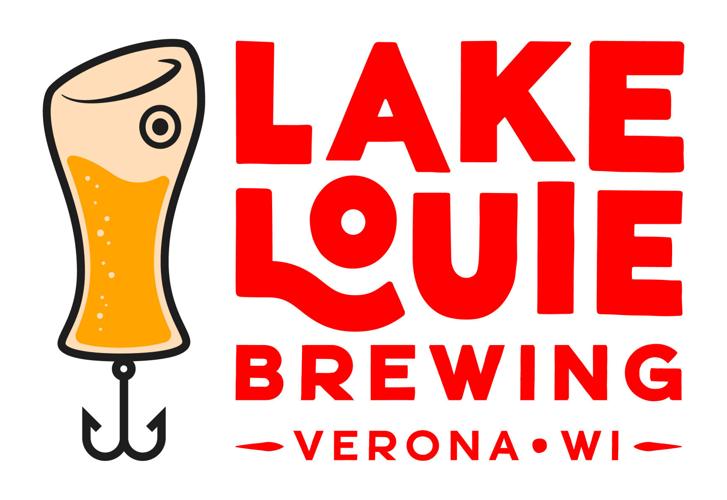 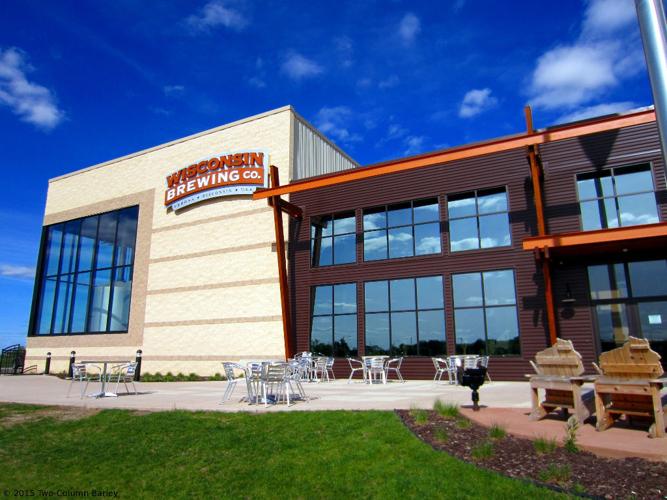 The outside seating area at Wisconsin Brewing Co. in Verona is a customer favorite in warm weather. 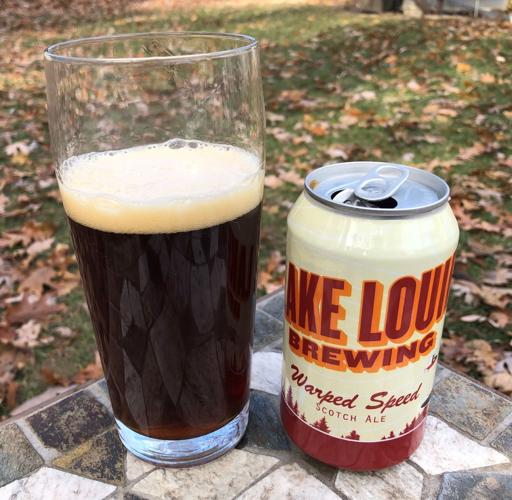 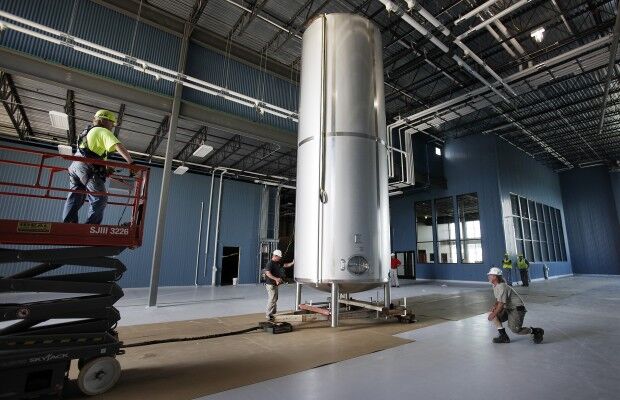 Workers slowly move a massive tank in 2013 into Wisconsin Brewing Co. in Verona. The brewery will produce about 50,000 barrels of beverages this year but could double production in 2023 as the company's contract brewing business continues to grow.