Crowds set to return to Capitol Square, but this time not for political purposes
Share this
1 of 4

The return of the Dane County Farmers’ Market is one of the sure signs of spring in Madison. 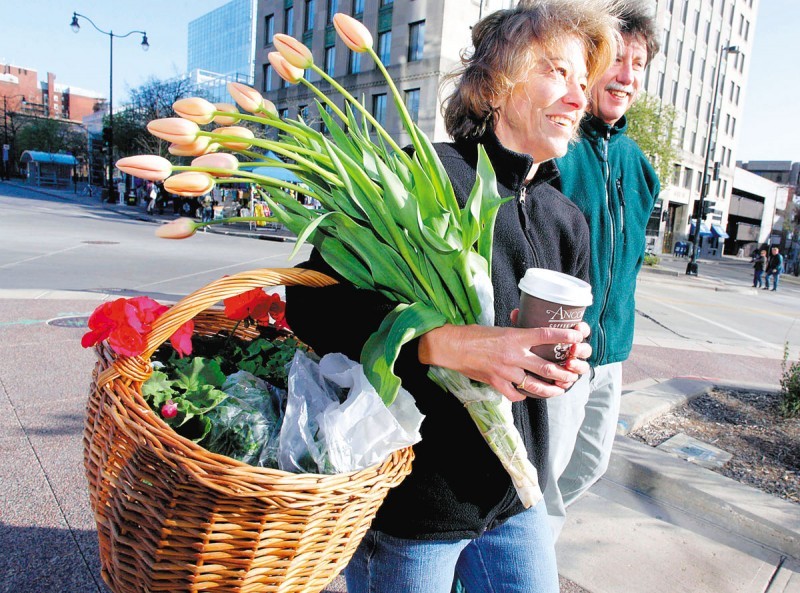 A fresh bunch of tulips purchased at the Dane County Farmers' Market. 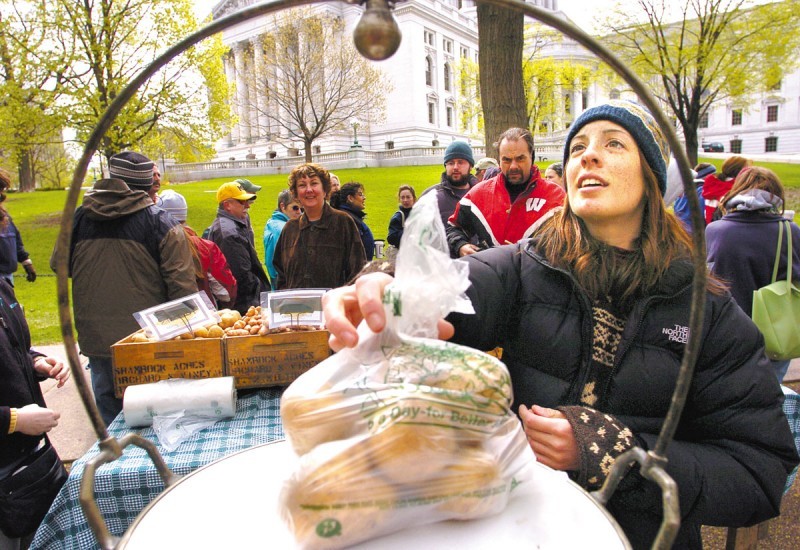 A bag of potatoes being weighed at the Dane County Farmers' Market. 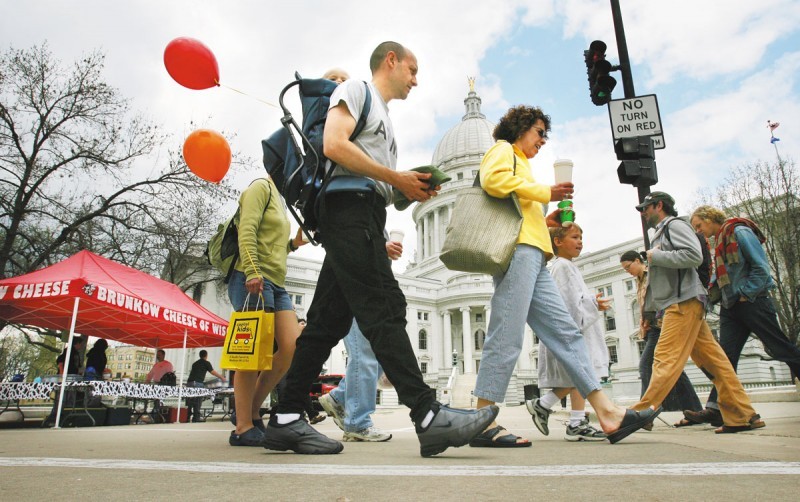 The Dane County Farmers' Market offers something for everyone including taking a stroll around the square.
SAMARA KALK DERBY | Wisconsin State Journal |

Without grass on the Capitol lawn — a result of the weeks of protesting over Gov. Scott Walker’s bill limiting collective bargaining — the backdrop for the Dane County Farmers’ Market may look a bit grim this season.

But the produce and other products still will entice shoppers and brighten Capitol Square when the country’s largest producer-only farmers’ market opens Saturday.

On opening day, the market traditionally has at least 100 vendors, said market manager Larry Johnson. There will be a few new vendors but most everybody is returning from last year, he said. When the market is in full swing in a few weeks, there will be about 150 vendors.

He’s hoping further protests won’t interfere with the market, which runs from 6 a.m. until 2 p.m. If there are rallies on the Square, he hopes they happen later in the afternoon.

“People are trying to make a living with their products and our customers are looking forward to getting good food from us and we hope that goes just fine,” Johnson said.

Major Saturday protests — which took place five consecutive weekends after Walker unveiled his proposal Feb. 11 — drew as many as 100,000 people to the Capitol. Demonstrations, even in smaller numbers, could disrupt the 39-year market tradition that can draw as many as 20,000 shoppers to the Square when the weather’s nice.

“There’s just a lot of uncertainty right now,” Johnson said. “It’s hard to know how things will pan out.”

“It keeps getting bigger and it keeps getting better and there are unique products that show up at the market on a weekly or seasonal basis,” Lubing said. “Generally you will find out about those in the newsletter.”

The free newsletter gives people an idea of what they can expect the market, highlights some of the different vendors, and includes recipes that use products from the market.

Miriam Grunes, executive director of REAP (Research, Education, Action and Policy on) Food Group, said there are 45 farmers’ markets in southern and southcentral Wisconsin and 20 in Dane County. They all start at different times in the spring. Details can be found in the 2011 Farm Fresh Atlas of Southeastern Wisconsin at www.farmfreshatlas.org.

More recipients of the federal food stamps program called FoodShare shop at the Dane County Farmers’ Market, Johnson said. There is a central location — the market’s information booth — where people can swipe their card in a machine.

The use of FoodShare at the market is entering its fourth year. The first year the market redeemed about $3,000 in vouchers. Last year it was more than $40,000, Johnson said.

“It’s really heartening to me that folks who need a little assistance have chosen to come to our market and to spend their money here realizing they get good, fresh, local food,” he said.

The return of the Dane County Farmers’ Market is one of the sure signs of spring in Madison.

A fresh bunch of tulips purchased at the Dane County Farmers' Market.

A bag of potatoes being weighed at the Dane County Farmers' Market.

The Dane County Farmers' Market offers something for everyone including taking a stroll around the square.
© Copyright 2020 Capital Newspapers Inc., madison.com , 1901 Fish Hatchery Rd Madison, WI | Terms of Use | Privacy Policy
Powered by BLOX Content Management System from TownNews.com.
You don't have any notifications.