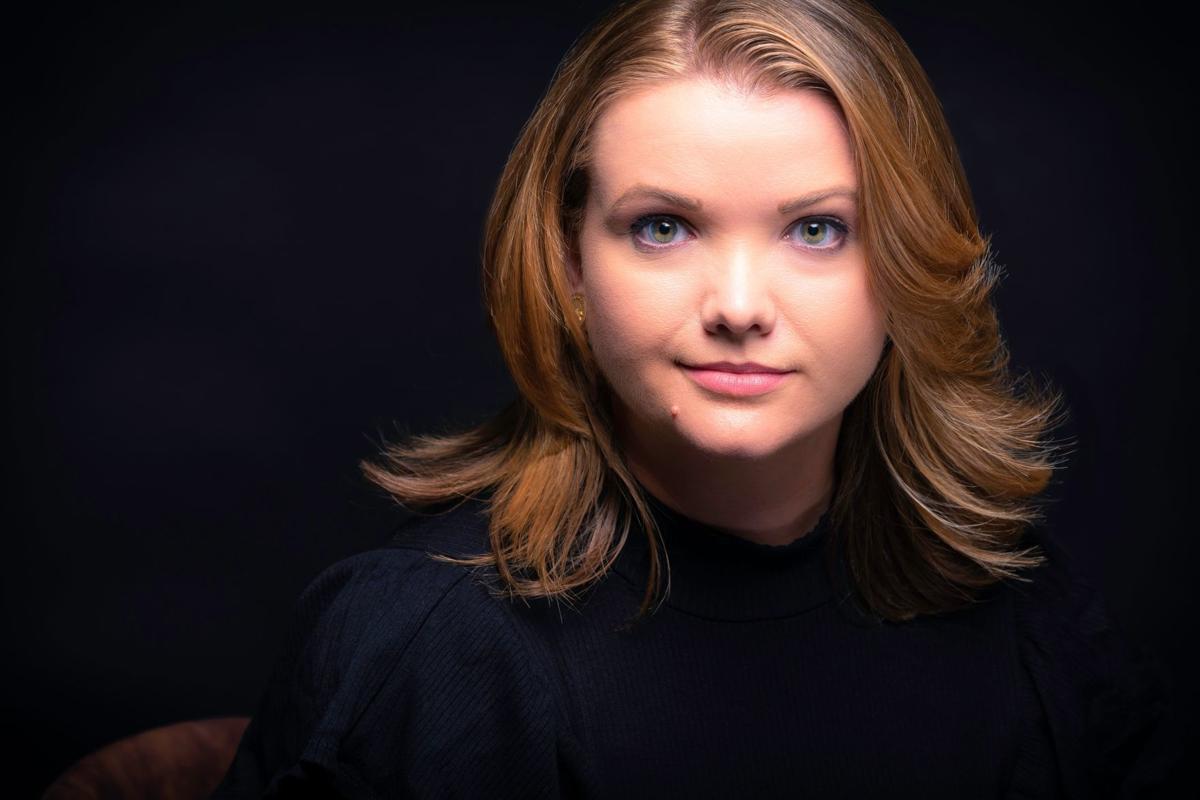 Tea Obreht is one of the headliners at this year's Wisconsin Book Festival. She'll be speaking at 7:30 p.m. Friday at the Central Library. 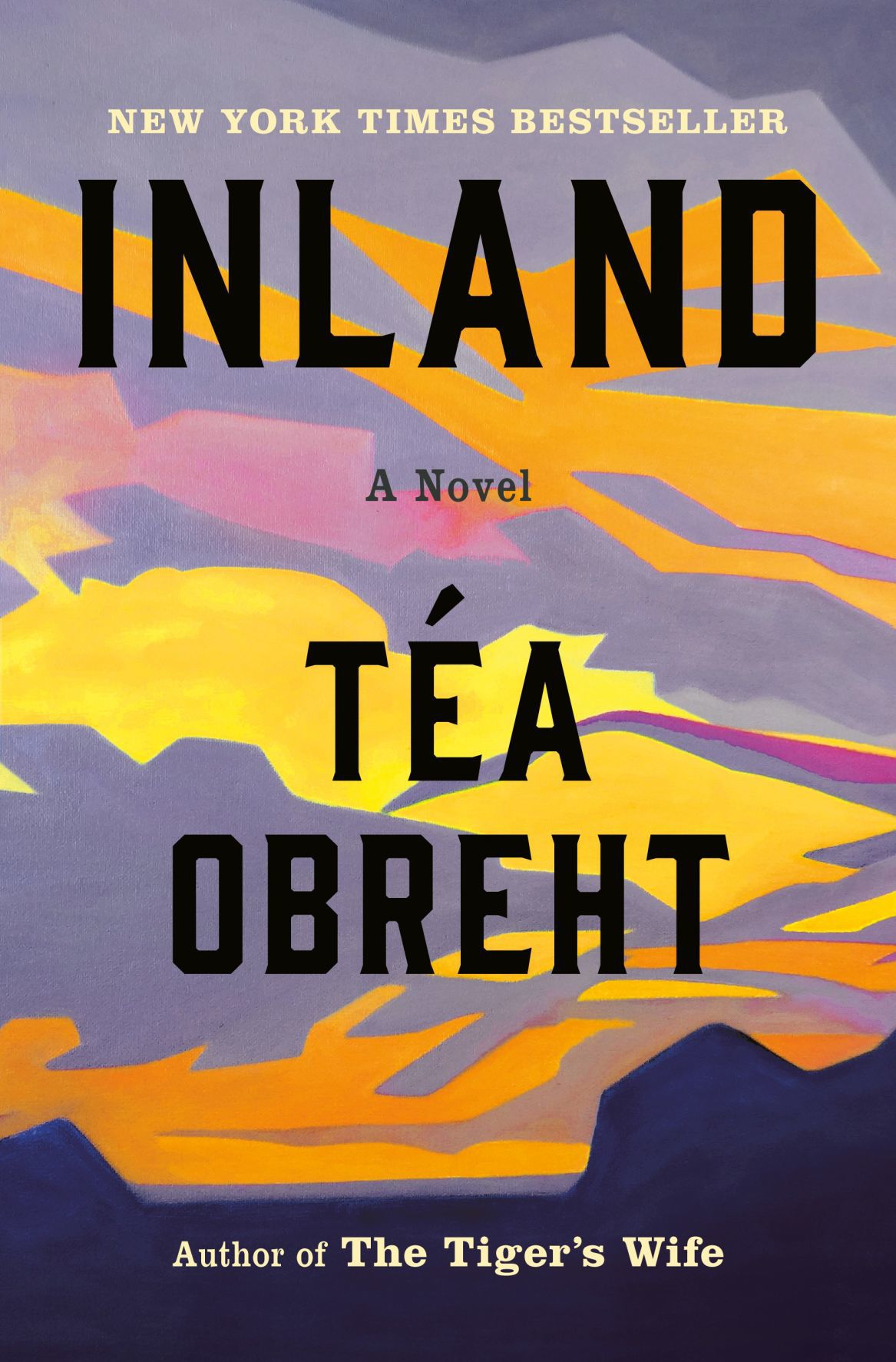 New York Times bestselling author Tea Obreht is one of the headliners of this year’s Wisconsin Book Festival. Her latest book, “Inland,” tells parallel stories — one of a woman homesteading in the drought-ridden Arizona Territory in 1893; and another of a cameleer who is trekking across the American West during the same time, while also running from the law. The cameleer is part of the true-life U.S. Camel Corps, an experiment that started in 1855 using camels as pack animals, because they require less water, to transport goods throughout the West.

Obreht says “Inland” is “very much a ghost story” while also offering a twist on the classic western, with romanticized cowboys replaced with characters that help us examine the loneliness and beauty of the Southwest and Arizona near the turn of the century.

Obreht, originally from the former Yugoslavia, lives in New York with her husband and teaches at Hunter College. Her debut novel, “The Tiger’s Wife,” won the 2011 Orange Prize for Fiction.

Q: “Inland” is your second novel since your first came out in 2011, which was a huge success. What have the years between the novels been like for you as a writer?

A: I wrote a lot and I don’t mind being honest about that. There’s debate in the household if there were two or close to three books. I wrote a book that I finished about a year and a half after “The Tiger’s Wife” came out, but it didn’t feel right. It didn’t feel like it was doing the emotional and psychological work that I wanted to do.

I put that aside. By that point we’d started spending a lot of time in the American West. I was so floored by the landscape and the pull it had on me. I felt a belonging and homesickness that I hadn’t experienced before. I could feel that it was going to be rich material, finally, for the majority of the next book. I wrote a more realistic western about doctors in the West and I got to the end of the first draft (and realized) I don’t know how to solve this.

Something is supposed to happen between the first and second draft … you are supposed to figure out what you’re trying to do. I put it aside … (and) in the interim I heard the podcast “Stuff You Missed in History Class” (and) the episode of “The Red Ghost of Arizona and the U.S. Camel Corps” … a very true campfire tale of a large, shaggy, red, quadruped that attacks homesteaders. The podcast then went on to link this campfire tale to the history of the Camel Corps, about which I’d never heard. I was stunned to find this nugget of unknown history and even more stunned that it related back to the Ottoman Empire ... people who don’t figure very prominently in the western genre at all. I found myself really, really drawn to the characters both in real life and in theory. I did a ton of research on it and all it did was bring up more questions. (The story) took off from there and I think it had its emotional underpinning right away.

Q: You write about camels beautifully. Did you spend a lot of time around camels while writing the book?

A: I spent some time around camels while writing it, but actually, I relied a lot on my childhood memory. I grew up in Cairo. (Camels) weren’t in the center of town, but they were around. When I started doing research for the book, it struck me … it’s an unbelievable animal from an evolutionary standpoint. I wanted to explore that ... what it means to engage in the characters ... to have an animal you feel is ordinary and to others provokes a total sense of awe.

Q: The way you came to the characters and story of “Inland” seems like a series of amazing coincidences — your travels out West, the randomly heard podcast, your childhood experiences with camels ...

A: It has felt in many ways really miraculous. But I’m a big believer in waiting for the right story. I think you can feel it when your connection to a piece is deeper than just a word puzzle. I think sometimes you luck into a project that from the beginning … (you know) at the end of this I will be a different writer.

Q: Both main characters, Nora and Lurie, are haunted by ghosts. And another important character, Josie, is supposedly able to communicate with them. Why make ghosts such a reoccurring theme?

A: They keep creeping into my work. I think because of the framework of the campfire tale, it was clear to me from the beginning that it would in many ways be a ghost story. One of the first things that happened … Lurie was able to see the dead. It wasn’t something I intended for his character … I think sometimes these surprising things happen in writing. Three of these characters end up developing really important attachments to the dead. Now that I’ve written the book, I think it’s clear to me why that happened. On the one hand I think these characters are very isolated and it is about loneliness a lot. I think (Nora and Lurie) are both aware, and grapple with it in vastly different ways, that they are part of history that isn’t necessarily doing good work. I think that their connections to the dead are the only things that enable them to grapple with that.

Q: The word “inland” typically is used to mean “toward the middle of a country.” And your book, taking place largely in the Arizona desert, certainly fits that, but it also seems to refer to isolation, and as you mentioned, loneliness.

A: Yeah, I think (loneliness) ended up being a huge a part of it. I think it also had to do somewhat with the genre. The idea of the lone rider, such a huge part of how we romanticize the West. That is typically portrayed as a state of strength and independence, but that myth on which so much of our national character is based, that myth was intended for a very specific set of people. To be alone and isolated, if you’re an immigrant who doesn’t necessarily have the language, or alone and isolated as a woman, that’s a different story.

What does aloneness mean when you’re not a cowboy riding off into the sunset?

Q: While this is a work of fiction, you use the names of true historical figures as some of your characters — like the cameleer Jolly, later known as Filip Tedro, and Edward Fitzgerald Beale, who led the Camel Corps. Why was it important to use true people and true names?

A: Particularly, with Jolly, it seemed inevitable to me that he would be a huge, huge part of the book. I found myself drawn to questions of his character … even through very little is known about him as a person, there are ways he appears in the stories of others ... that made it clear that he struggled with identity, a lot. I come from a place that was under Ottoman rule for several hundred years ... I’ve always been really curious about the lasting effect that empire has on people and the way it sort of orphans people and the way it muddies the question of identity.

The real-life characters were compelling enough and little-known enough (that) it became really, really necessary to stick to the bones of what was true. For a long time I thought Jolly would be the narrator of the camel section wholesale. But then, because of certain historical facts that lead to the ending, it became clear he couldn’t be.

Q: While the two stories of Lurie and Nora run parallel, there’s a big difference — Lurie’s tale is happening over many years, while Nora’s story centers mostly on a single day. What were you trying to show the reader?

A: I think that was one of the things that I knew going into the story. I knew that I wanted to tell the whole of Lurie’s life … as he’s trying to urge (his camel) Burke along. The place where he’s telling the story from is really, really crucial to his motivation for telling it. I wanted to see the history of the country unfolding around this very particular character … (who) in some ways is very, very small. The most intriguing thing about him is he has this camel.

Other than that, he’s this pretty ordinary guy. On the other hand, I knew the backbone of the story would have to be this incredible, intense day in Nora’s life when everything is collapsing. At the end, the convergence is going to take place between the two stories.

Having that shortened time frame really lets you get into the interior of this character.

Q: There’s also the irony of the complete absence of water that plagues Nora, and Lurie’s seemly bottomless canteen.

A: His ability to refill that canteen was such a huge part of the way he connected to the landscape. I think what it ended up highlighting the most was their different connections to the landscape. (Lurie) is able to see the more mythical, romantic aspects of the landscape ... and stand in awe of them. Nora, from the get-go, is someone who is over it. Her connection to the landscape is a very, very practical one. She sees many things as a impediments, and overall, this lack of water. I think that it was a way to play with their different expectations and relationships to the place.

Q: So much of this book is about loss and fear of the future, and then the ending, well, it’s surprising. Did you know from the beginning how you wanted to end the book?

A: I knew it from the beginning, I knew what had to happen at the end in terms of plot. The event that takes place was something the whole story was gearing toward, largely because history set those terms.

What I didn’t know was what their psychological and emotional states would be when they arrived there and what purpose that meeting would serve in their perspective on life. So the answer is yes and no.

What: Author Tea Obreht will speak about her latest novel "Inland" as part of the Wisconsin Book Festival.

Kim Kardashian is in a legal tussle over new brand name

UW-Madison Professor Jennifer Gaddis believes the answer to school lunch reform is, in part, making lunches free for every student and returning to made-from-scratch cooking in cafeterias

“Real Life” is a raw, uncomfortable and deeply powerful look at what it means to be black and queer in a university setting much like Madison’…

Tea Obreht is one of the headliners at this year's Wisconsin Book Festival. She'll be speaking at 7:30 p.m. Friday at the Central Library.