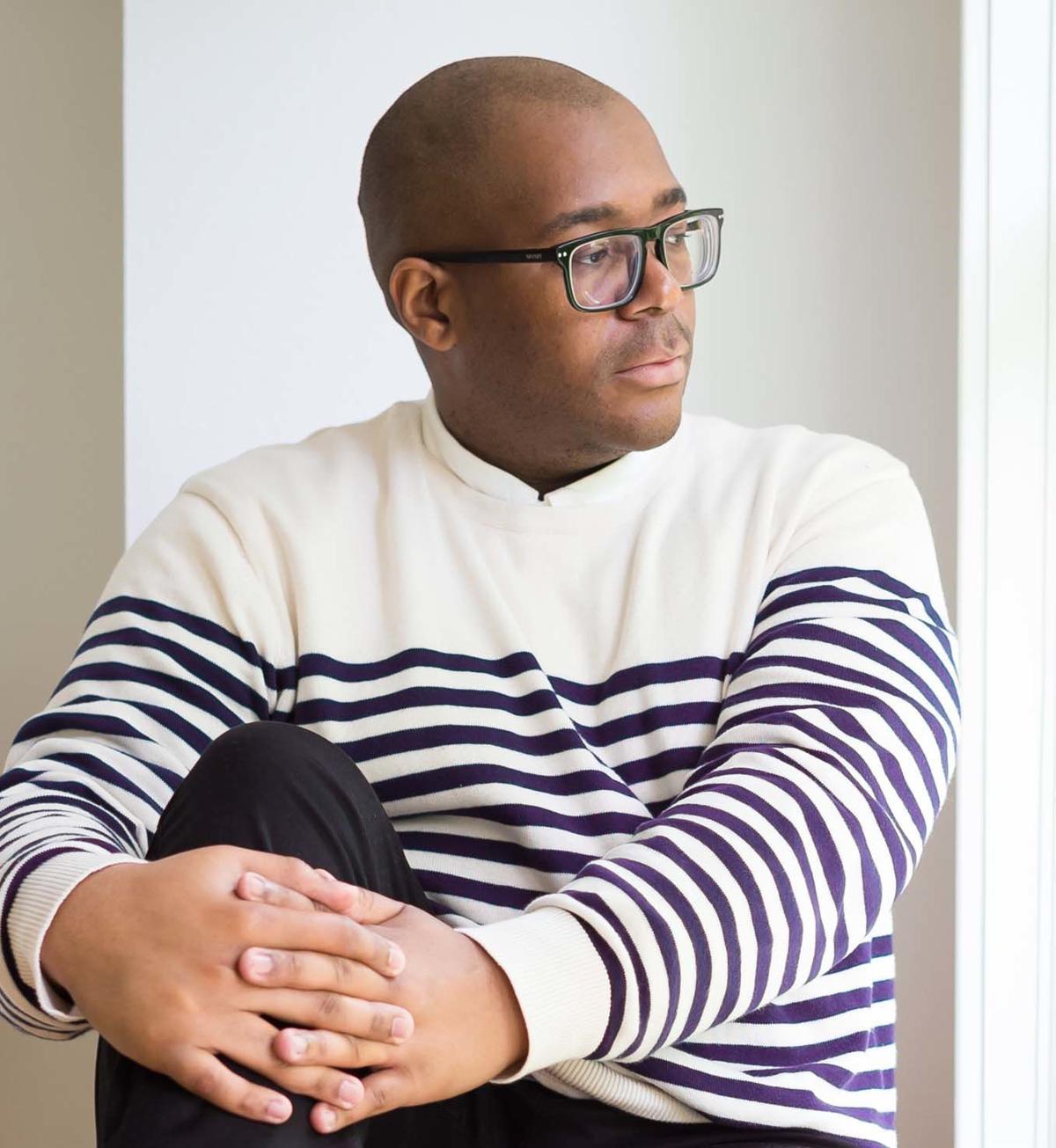 Brandon Taylor was a biochemistry doctoral student at UW-Madison before he decided to leave to attend the Iowa Writers' Workshop. He'll be speaking about his novel "Real Life" as part of the Wisconsin Book Festival. 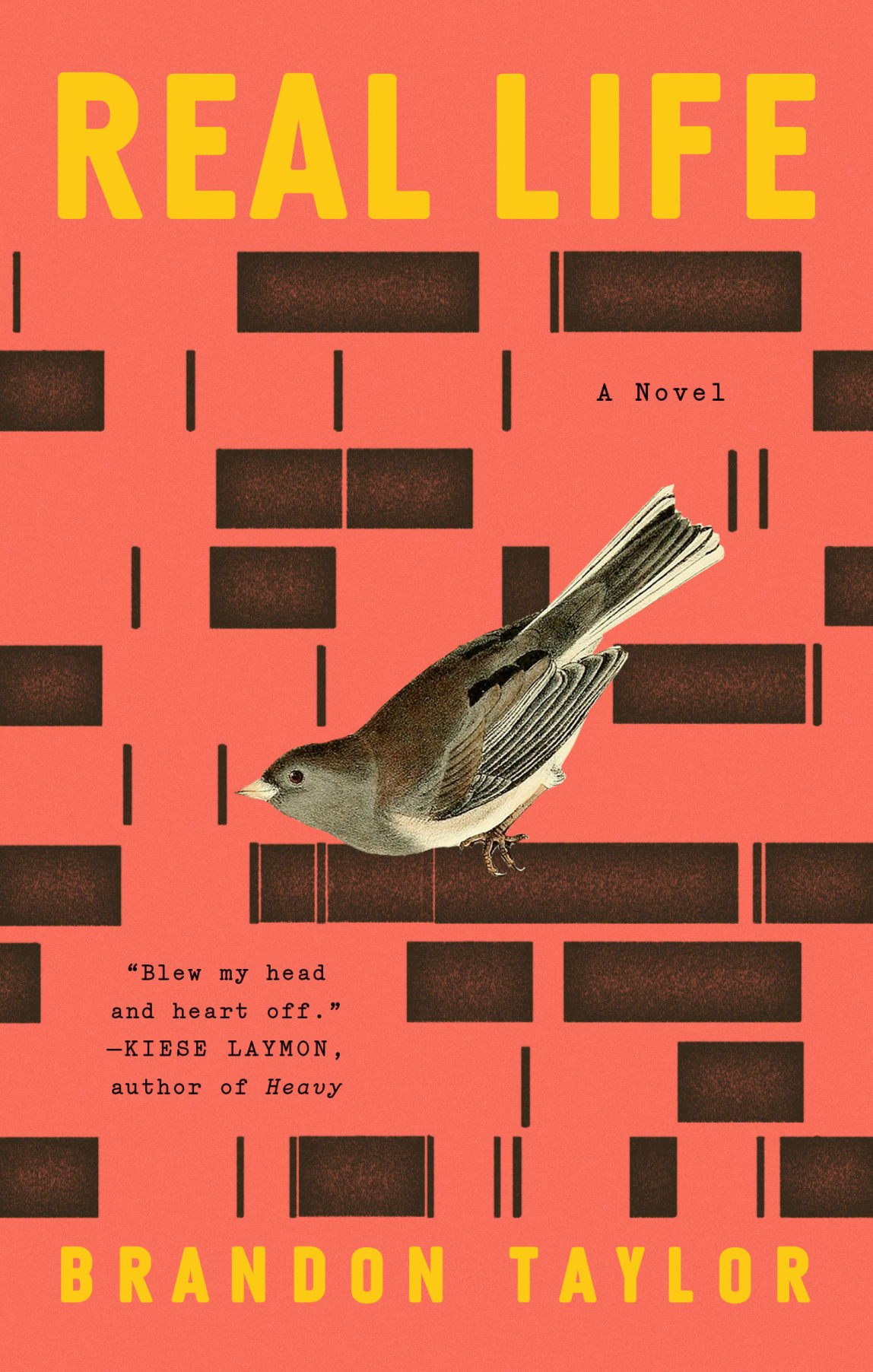 “Real Life” is a raw, uncomfortable and deeply powerful look at what it means to be black and queer in a university setting much like Madison’s. The novel, released Tuesday, is written by former Madison resident Brandon Taylor, who was a biochemistry doctoral student himself at UW-Madison, and decided to leave the program to attend the Iowa Writers’ Workshop about four years ago.

He still lives in Iowa, where he’s the senior editor for Electric Literature’s Recommended Reading and a staff writer at Literary Hub. He’s had essays published in The New Yorker and Out magazines and will be visiting Madison in March to present his book as part of the Wisconsin Book Festival.

Q: “Real Life” is very powerful read. Could you please describe it in your own words?

A: To me it’s a novel about a young man, a biochemistry doctoral student, who discovers that his big experiment has failed, either by sabotage or carelessness. It’s about one of those weekends in your life that is notably unremarkable, but all the things in your life come to a head by total happenstance. It’s one of those random moments of reckoning that happens.

Q: The book, which addresses issues of race, class and sexuality, was, at times, uncomfortable to read. But that rawness with which you wrote it makes it so powerful. How do you expect readers to react?

A: That discomfort was very important. I wanted it to be a book that causes people some discomfort. I wanted to write a book that would allow a reader ... even if they were not queer and black ... to really understand what Wallace (the main character) is going through and to see him as a complicated, flawed person. As a reader, that’s what I respond to. I love ... prickly, complicated stories. People have mostly responded (to “Real Life”) pretty positively. I’ve been really lucky.

Q: Outwardly, the similarities between the main character, Wallace, and you seem many. However I don’t want to draw too many conclusions about how autobiographical the story is. How do you address that question when asked?

A: I think that calling the novel “Real Life” certainly invites more than its fair share of scrutiny (as to it being autobiographical). I wrote the kind of novel with the kind of protagonist that I always wanted to read — the story of a queer black man, taking things from my life and imagining them as totally fictional. Yes, we have many things in common, but Wallace and I are very different. He says things that I would never outwardly say or do.

Q: “Real Life” takes place over a single weekend, which was an interesting time frame for the book. What made you decide to write it that way?

A: I decided to set it over a weekend because as a writer at that point in time I couldn’t conceive of a story that took place over, say, a 10-year period. There’s something about a weekend, and its meaning in the life of a graduate student ... Those late summer weekends to a graduate student are the first they are really able to breathe and go out into the world. It’s also a deeply interesting unit of time for me as a writer.

Q: You have been published a lot since you’ve begun writing, but this is your first novel. How was the process different from the essays you’ve written?

A: I’m really grateful that I had the couple of years just experiencing being very public in writing in various journals and magazines. I’ve been really lucky, now that I’m putting a novel into the world ... it feels like an extension of what I’ve already been doing. I much prefer writing short stories, that’s really my form. The novel (“Real Life”) I wrote it over the course of five weeks while I was a doctoral student. I wrote the first draft very quickly and didn’t show it to my agent for a long time. (When I eventually showed her) she basically sold the first draft to my editor. And then I moved to Iowa to study writing ... so when it was time to revise ... (I thought) “OK, there are a bunch of things I can’t live with.” I did a couple rounds of self-directed revisions. It changed both a lot and very little. The story didn’t change, (however) the texture of some of interactions changed to bring out some of the more social commentary of the novel.

Obreht's latest is a 'ghost story' with a classic Western twist

Q: In “Real Life” you write about a Midwestern university on a lake, however you never refer to UW-Madison directly in the book. Did you not want the identify the school for fear it would complicate the story you were telling?

A: I lived in Madison for four or five years. I think at the time I was writing the novel, I just didn’t have the skill to really engage with a place that was named. I felt like if I called it Madison, that required a level of verisimilitude that I couldn’t bring to the page. I didn’t want to do a bad job and distract from the story I was trying to tell. I was worried I would over-complicate things. In (my) subsequent work, Madison is a named place.

Q: One thing I found interesting was how you didn’t paint, what I think is the Madison lakefront, as this beautiful idyllic scene — it seems very “real,” also like your title.

A: Part of what I love so much about Madison is that it is so beautiful. It’s not just by the lake, it’s the concrete rubble, the complexity of all those things happening at that one part of the city at one time. Part of what always takes my breath away at the Terrace is seeing all that happening at once. To me that was part of the beauty. Life isn’t just one thing, it’s a bunch of stuff. I definitely didn’t want it to feel like this idyllic place.

Q: How did you transition from science to writing — or have you always been a writer?

A: The truth is I have always been doing both of those things. When I was five or six I was making little tinctures in my grandmother’s bathroom and was always writing stories to amuse myself. I didn’t know you could be a writer. I thought a writer meant (you had to be like) Emily Dickinson. I thought I would be a scientist ... while I was doing that I started reading contemporary fiction and I realized: “you can do this.” I wrote this novel while I was a doctoral student. Then it just became unattainable to do both.

Q: How is it coming back to Madison as a writer, as opposed to a scientist?

A: It’s always strange going back as a person who doesn’t have to go to the lab. There is a kind of hangover, so much of my experience of Madison was as a stressed-out graduate student. It’s almost like as an adult, visiting your hometown for the first time. It’s the same, but your relationship is so totally different.

Q: The main character in your book, Wallace, often says “it’s fine” although it’s clear he’s anything but fine. I feel that’s something many readers can relate to — pretending things are OK. Is that one of the universal threads throughout book?

A: I noticed Wallace kept saying “It’s fine, I’m fine.” He’s doing that thing that I sometimes do, you kind of just shut down and you go forward because that’s the only way to survive. It’s something that I noticed a lot in my own life ... a lot of social interaction is people passing these empty phrases back and forth. Like a tick, it’s (Wallace) using this shorthand to get out of an interaction that he doesn’t want to engage with.

Q: I love playing tennis and I enjoyed the part of the book where you describe the set Wallace plays with the character Cole. I often think there’s a certain beauty in tennis not found in other sports. What about the sport do you find inspiring?

A: It’s sort of strange that I came to play and love tennis. It’s a sport I picked up in undergraduate to get this guy I had a crush on to talk to me. To me, it’s such a beautiful sport. The angles ... the strategy ... the thing I love most is every person’s tennis game is so idiosyncratic ... an amazing externalization of their personality. (A person can be) super aggressive, super passive, a multi-faceted genius. It’s this incredible way to read their interior state by their tennis game.

Q: What’s next for you — another novel?

A: Directly next is a short-story collection that will come out in the next year, year and a half. While at the Iowa Writers’ Workshop I wrote three books. I’m also working on a novel, set in Madison, in an art museum, dealing in art, art history, authenticity and climate change. This book has multiple narrators, it definitely takes place over a longer period of time and Madison is very much a named character in the book.

What: Author Brandon Taylor will discuss his new book "Real Life" as part of the Wisconsin Book Festival's spring events

Kevin Henkes can fit a lot into a children’s book.

Doug Bradley’s “Who’ll Stop the Rain: Respect, Remembrance and Reconciliation in Post-Vietnam America” is very much an encore piece. He and wr…

Staying in? Find a good book to read

Few things are as comforting as a book. Reaching for a well-thumbed favorite or getting lost in something completely new can simultaneously ca…

Brandon Taylor was a biochemistry doctoral student at UW-Madison before he decided to leave to attend the Iowa Writers' Workshop. He'll be speaking about his novel "Real Life" as part of the Wisconsin Book Festival.