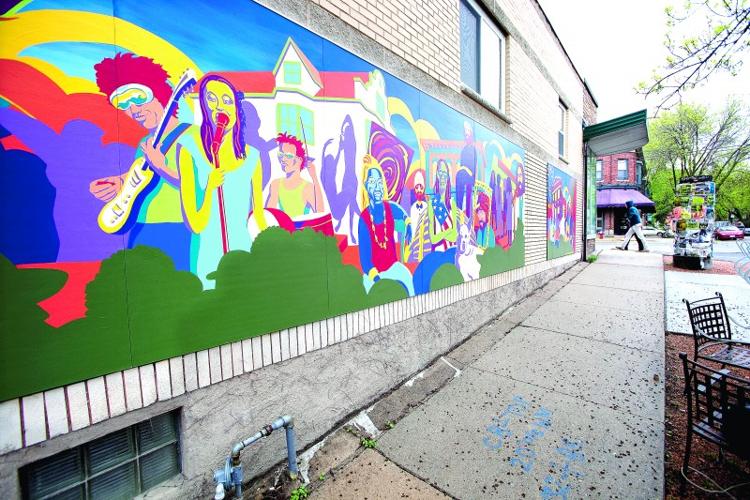 Sharon Kilfoy’s three-part Williamson Street mural on the side of the Social Justice Center colorfully recreates the arts scene in the 1970s, when the famed Madison neighborhood came to life behind the spirit of an ecletic mix of artists, musicians and creative thinkers. “Willy Street went from being the worst street in town to one of the best,” Kilfoy said. 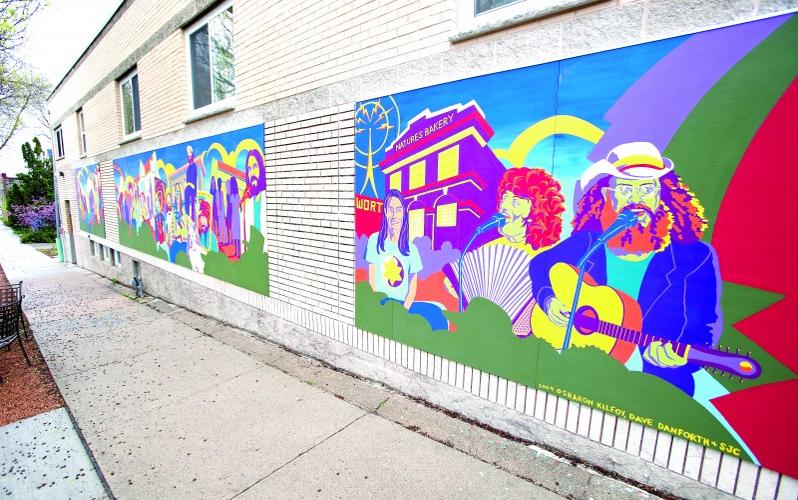 Sharon Kilfoy is finishing up on a major historical art project documenting the changes on Willy Street in the 1970's. 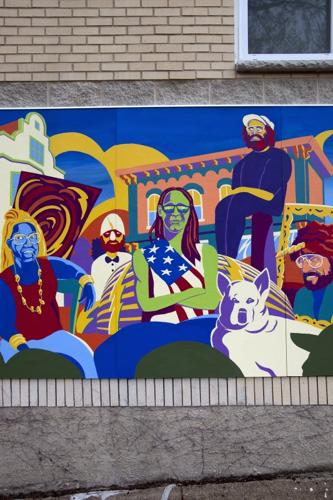 Sharon Kilfoy will be debuting the new mural on May 7 with prominent faces from the area, including poets, sculptors, painters and musicians. 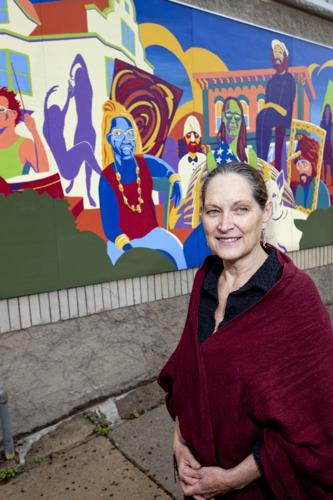 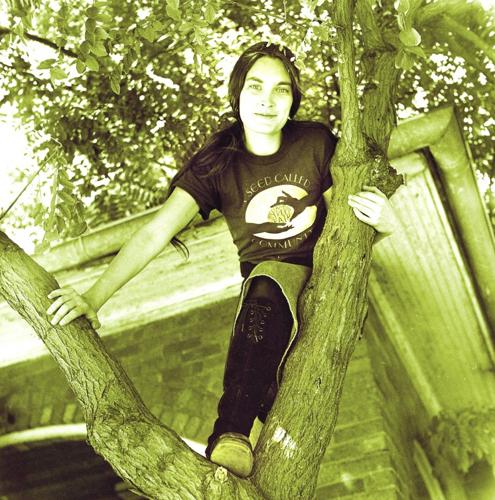 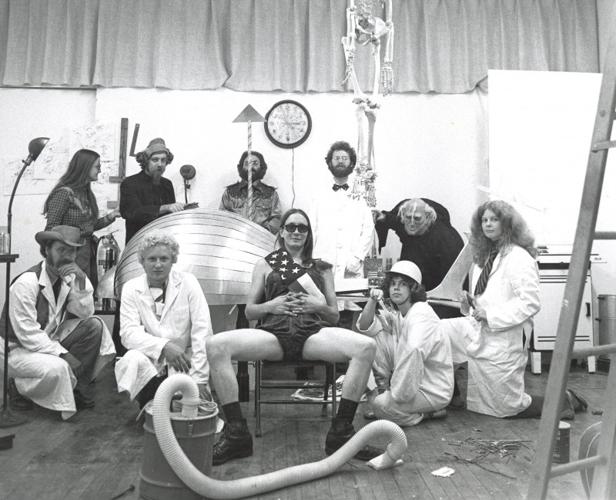 A 1970s era poster featuring Peter and Lou Berryman on the left. 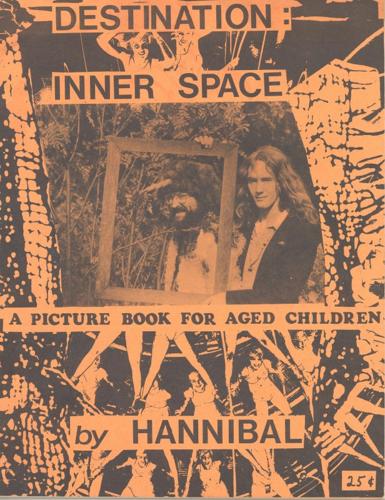 Dan Yorack on the cover. 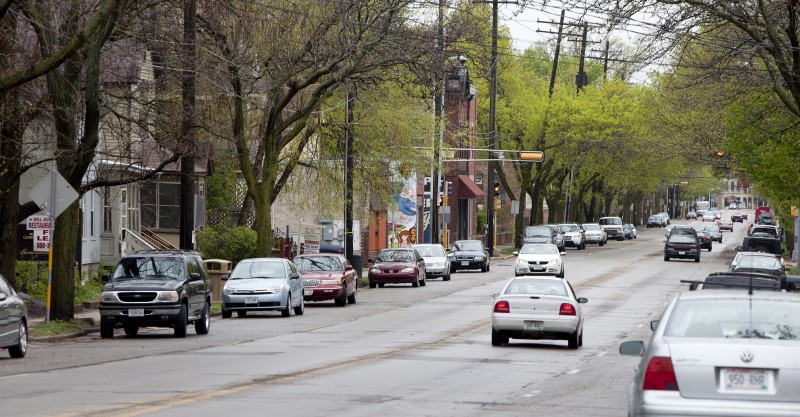 Williamson Street on the east side of Madison.

Williamson Street, current home of galleries, coffeehouses and too many art studios to count, used to be a sketchy place to live.

Rent was cheap. Buildings were industrial. And in the 1970s, the residents were basically poor.

“This was one of the first places where people of other races and ethnicities could get cheap rent,” said artist and amateur historian Sharon Kilfoy. “People weren’t paying attention to what was happening here — the cops cared about Mifflin Street. That’s where the anti-war activity was.

“So there was freedom here.”

In a bold, new three-part mural on the side of the Social Justice Center at 1202 Williamson St., Kilfoy has freely recreated the ’70s arts scene in neon green, yellow and purple. It’s the most visible part of an ongoing history project that includes interviews with poets, musicians and artists, all members of a movement that revitalized a neighborhood.

When the project is complete, Kilfoy aims to make audio clips of interviews available on her website, willyart.net, for people to download. She has also collected posters from the ’70s that advertise poetry readings, musical events and other “happenings.” These were on display in the Overture Center Playhouse galleries for several months and are currently showing at the Social Justice Center.

Williamson Street was attractive to artists in the ’70s not only because of low rent. It became a kind of collaborative community, from the CC Riders Motorcycle Club to a local health co-op to Outsider artist Mona Boulware Webb’s Wayhouse Gallery of Light (now the Kitchen Gallery).

The street had “the eclectic mix, the sort of dusty, post-working class, post-industrial feel to it that a lot of people liked,” said Madison historian Gary Tipler, who maintains a website for the Friends of Historic Third Lake Ridge (thirdlakeridge.org). “There were union headquarters for the foundry and four fish fries up and down the street.”

Artists, disillusioned with the corporate world and the restrictions of the university, gathered in little clutches to make random works, several of which Kilfoy included in the mural. She depicts two actors from a play called “Aventuresome Wonderland,” and a playbill from another that says, “Death of DADA/Birth of MAMA.” MAMA represents the Madison Area Movement of the Arts, a now-defunct artist collective.

Poets often disseminated their work in small chapbooks, published by independent presses. John Tuschen, Madison’s first poet laureate, presides over one section of the mural, legs spread wide with an American flag draped across his chest.

“What we were trying to do was use art to create a whole new social order and way of approaching the world,” Kilfoy said. “It was an exciting time to be alive, but also really meaningful.”

Madison folk musician Peter Berryman, who is depicted in one panel with his then-wife and current singing partner, Lou Berryman, said that Gallery 853 (now Screen Door Printing) on Williamson was like an artists’ clubhouse.

“It was a little of everything,” Berryman said. “It was a gallery and it was a performance space. A lot of people around my age — I was about 20-30 years old — we were just trying to get our footing in the art world in one way or another.”

Berryman, who was working part time as an illustrator, started making music at Gallery 853, owned by Dan Yopack (depicted in the mural in a frame with a unicorn horn, a reference to his first studio, The Unicorn Forest). The gallery attracted poets, visual artists, dancers and a theater troupe called the Amazement Company, which is also in the mural.

“I couldn’t accept the status quo,” said Yopack, speaking from Santa Fe, where he has lived for the last 24 years. “I felt the need for some change. I grew up in Madison, and I just decided well, if I wanted to stay in my hometown, I had to create something that kept me interested.”

At Gallery 853, the Berrymans used to do a weekly set called “The Cornbelt Revue” that combined poetry, music and weird artistic endeavors.

“We had a hang-gliding demonstration, and a guy who played music on his teeth, and experimental films,” Berryman said. “There was a little bit of everything — there wasn’t an overriding artistic vision. It was more a general spirit of unfocused creativity … everybody was very encouraging to everybody else.”

Still, however loosely, Kilfoy defines what happened in the ’70s as a movement.

“This was our Paris,” Kilfoy said, likening Willy Street’s boom to the visual art revolution in turn-of-the-century France. “We had an energy and a synergy and a reason for doing what we did.

“It really was a counter-culture revolution. This is why Willy Street is hip,” she added. “It obviously isn’t the real estate.”

Several Madison institutions appear in Kilfoy’s mural: Broom Street Theater, founded in 1969; St. Vincent de Paul, the site of a fashion show that was a predecessor to the first Willy Street Fair in 1977; Nature’s Bakery; and WORT-FM, which was founded in 1975 (in the Atwood neighborhood).

“We need to know where we came from,” historian Tipler said, adding that the artistic activity helped to create a good home base for other kinds of businesses and organizations.

Arguably, after the artists moved in, the Williamson neighborhood slowly began to gentrify — rents are certainly no longer the lowest in the city.

But the artistic sensibility lives on, both in the neighborhood and out of it.

“It was about empowering people ... keeping (art) as inclusionary and democratic as possible, with structure enough to keep it sane,” said photographer Cate Loughran. Her daughter, new Dane County Supervisor Melissa Sargent, is depicted in the mural coming out of the Yahara River, inspired by one of Loughran’s photos.

“I believe my experience in the ’70s was a pivotal point for me, when it comes to who I am, in the most beautiful way,” Loughran said.

“There are people that just get it, and carry the torch,” Kilfoy said. “It’s a way of thinking and a way of approaching your life that can be creative.”

Yopack closed Gallery 853 at the end of the ’70s (he’d given up his privacy for the endeavor, he said, and he simply burned out). While he moved away, Yopack said the flurry of artistic activity that still exists all over Madison is due, in part, to the efforts of the ’70s pioneers.

“We definitely had an effect on that I think,” he said. “There seems to be a nice thriving community of artists, and I’m glad to see that. It’s a special place.”

Kilfoy still lives on Willy Street, having raised her four daughters in a house and studio called the Williamson Street Art Center.

“How successful were we? I don’t know, in terms of changing the world,” Kilfoy said. “That’s a pretty tall order. But hopefully we did make a difference. This is not only our roots, it’s your roots too — the people who need to carry on.”

What: Mural dedication, "Willy Street in the '70s: Changing the World through Art"

Drake has broken yet another music record

Drake has broken yet another music record

Sharon Kilfoy’s three-part Williamson Street mural on the side of the Social Justice Center colorfully recreates the arts scene in the 1970s, when the famed Madison neighborhood came to life behind the spirit of an ecletic mix of artists, musicians and creative thinkers. “Willy Street went from being the worst street in town to one of the best,” Kilfoy said.

Sharon Kilfoy is finishing up on a major historical art project documenting the changes on Willy Street in the 1970's.

Sharon Kilfoy will be debuting the new mural on May 7 with prominent faces from the area, including poets, sculptors, painters and musicians.

A 1970s era poster featuring Peter and Lou Berryman on the left.

Dan Yorack on the cover.

Williamson Street on the east side of Madison.