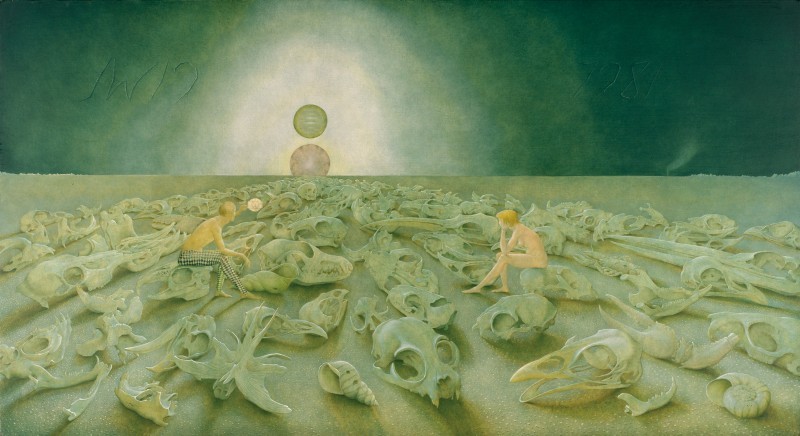 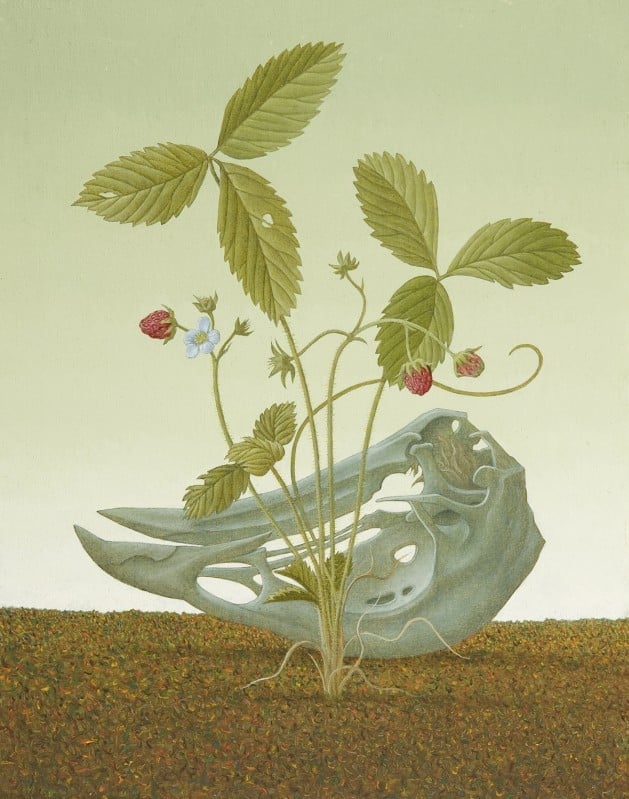 At the Chazen Museum of Art, bewitching works from Wisconsin native John Wilde (1919-2006) hang on the walls of the Mayer Gallery. "The Magic of John Wilde" exhibit comprises works from the museum's personal collection, and features art from every stage of Wilde's long career, from the 1940s to the 1990s.

Wilde's work belongs to the "magic realism" style of American art from the early 20th century, but his imaginative dreamscapes are timeless, emulating artistic traditions from European Renaissance painting to surrealism.

Much of Wilde's art draws inspiration from rural Wisconsin, where he lived for most of his life. All of Wilde's work is self-reflective. Overarching themes of love and sexuality make for provocative imagery, while darker themes of death, decay and murder are unsettling, likely a reflection of his time spent in the military during World War II. Many of the works feature self portraits as well, exposing the artist behind the painting. Although some of Wilde's art is disturbing, there is something hauntingly magical about the Chazen exhibit.

What: "The Magic of John Wilde"