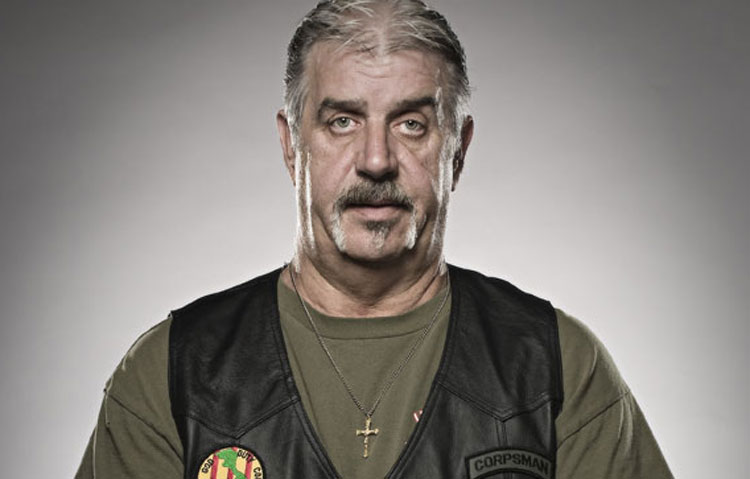 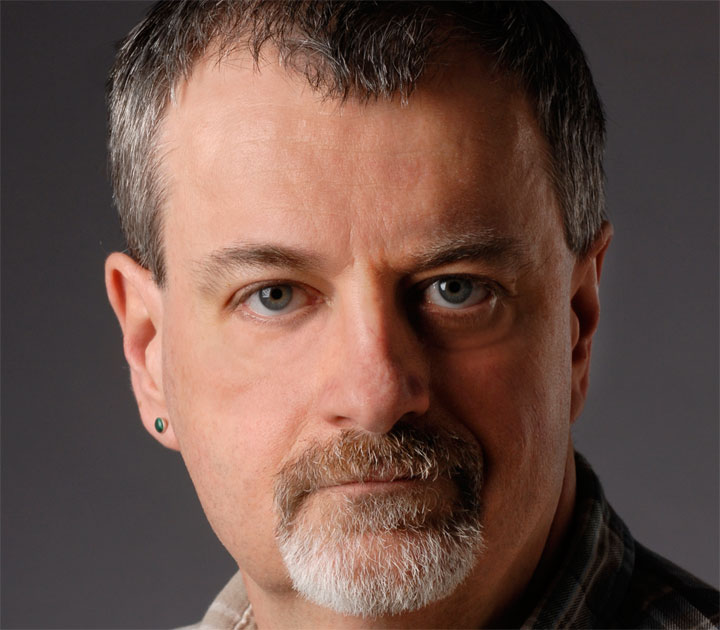 "I'm ashamed of how they were treated. That was a big mistake, and it made reconnecting with their families and society harder." -- Jim Gill, recalling when Vietnam vets returned home. 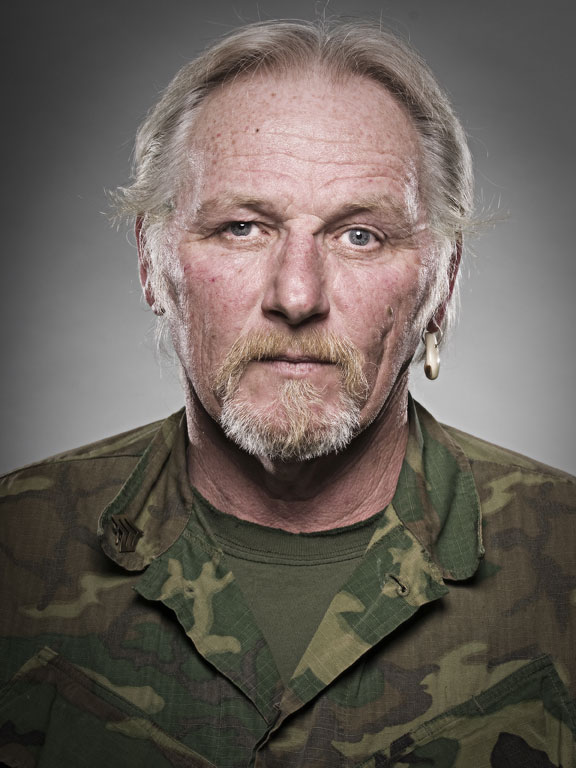 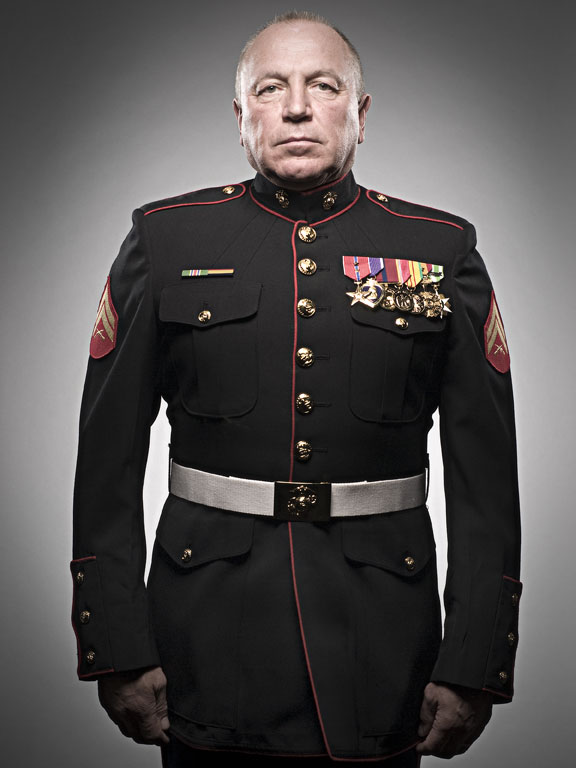 Jim Gill’s portrait photographs of Vietnam War veterans are large-scale, arresting and full of harrowing humanity. To confront these images is to come face-to-face with men and women who’ve seen and experienced things most people can only imagine.

Nearly 30 of Gill’s portraits are on display until Jan. 3 in the exhibition “Back in the World: Portraits of Wisconsin Vietnam Veterans” at UW-Madison’s Chazen Museum of Art.

The show ties in with a documentary being produced by Wisconsin Public Television, where Gill is a staff photographer. The three-hour program, “Wisconsin Vietnam War Stories,” is set to air in May and June 2010.

This is the third such project Gill has been involved with. The first two covered Wisconsin World War II and Korean War veterans. Gill has noticed differences between the generations and their war experiences.

World War II vets “went off to war knowing they were serving a cause that had the whole free world behind it,” Gill said. “Even though they have personal tragedies and stories that are tough, their overall service was very positive. They were happy to serve, for the most part.”

And while World War II vets came home to a grateful nation, Vietnam vets faced a much harder road. “With Vietnam, you have a generation of guys who fought and came back and never really understood what had happened to them. They were treated badly when they got back here,” he said.

In a quote next to his portrait in the exhibit, Marine Corps veteran Donald Weber of La Crosse recalls that when “I landed, coming home, I had to take my uniform off in the airport because people spit at you ... it was a sad thing. It was like you were ashamed to tell anybody you were serving your country.”

Although Gill, a Milwaukee native, was too young to fight in the war, he remembers the era.

“I’m ashamed of how they were treated. That was a big mistake, and it made reconnecting with their families and society harder,” he said.

The portraits are taken at fairly close range: from mid-chest up or, at most, mid-thigh up. While Weber wears his Marine Corps dress blues, most are in more informal garb, yet all are wearing or holding something that reflects their military connection, a request from Gill.

One veteran, Ray Stubbe, a former Navy chaplain from Wauwatosa, knew right away what he wanted to bring: a crucifix he had with him in Vietnam, Gill said.

Those who’ve seen Gill’s photos often ask how he elicits such intense gazes from his subjects. He says that intensity is not forced. Instead, it’s a natural outgrowth of the portrait sessions.

“I didn’t get them to do expressions, those are just their expressions. The gravity that they exuded in the portraits is something that they felt about having their picture taken with the stuff that they wore and what they brought,” Gill said. “It’s a very solemn moment for them, not something I had to create.”

The photos on display at the Chazen are imposing, measuring about 2 1/2-feet by more than 3-feet. Gill presented each veteran with a smaller, 12 x 16-inch copy to keep.

After the Chazen exhibit closes, the photos will travel to La Crosse, Superior and Green Bay. In May 2010, a special event at Lambeau Field called “LZ Lambeau” will officially welcome home Wisconsin’s Vietnam veterans and pay tribute to those lost in the war. The event is being organized by the Wisconsin Department of Veterans Affairs, Wisconsin Public Television, the Wisconsin Historical Society and other partners.

What: "Back in the World: Portraits of Wisconsin Vietnam Veterans"

"I'm ashamed of how they were treated. That was a big mistake, and it made reconnecting with their families and society harder." -- Jim Gill, recalling when Vietnam vets returned home.