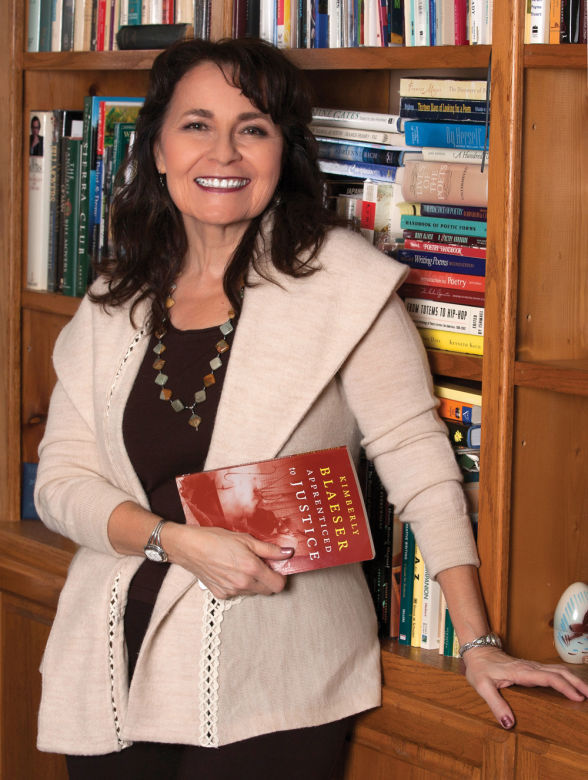 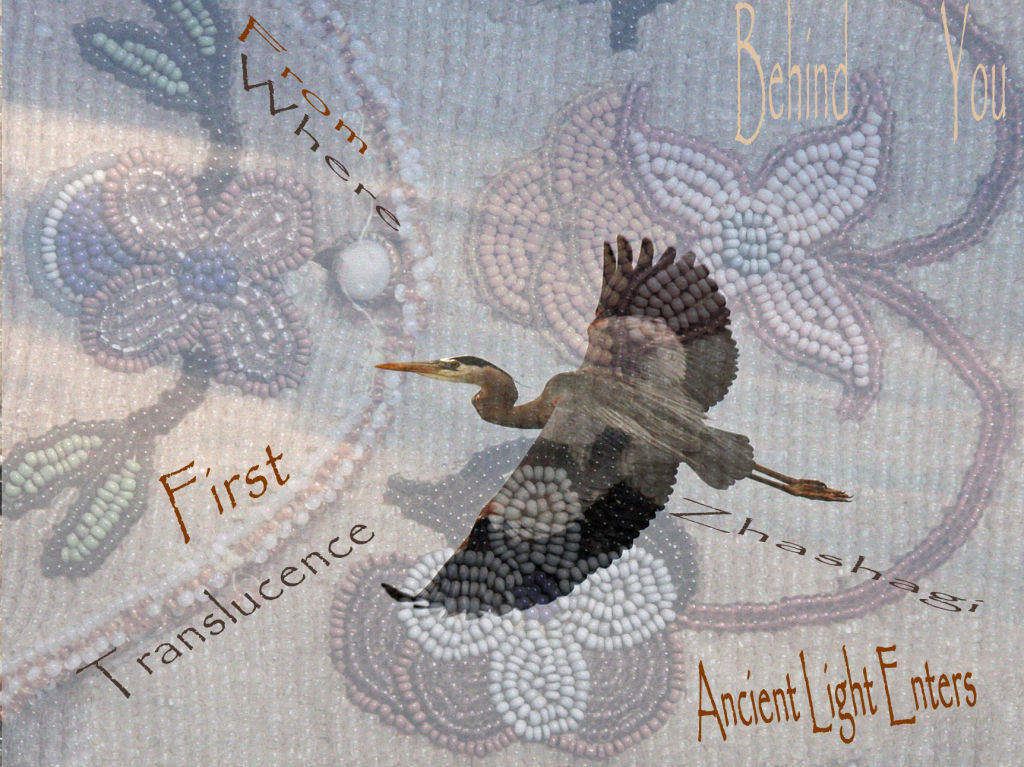 Kimberly Blaeser, Wisconsin poet laureate for 2015-16, creates “Picto-Poems” like this one that combine her wildlife photography with words from one of her poems.

Kimberly Blaeser wants you to learn a poem by heart. And keep it there.

Blaeser, who on Jan. 7 was named Wisconsin’s poet laureate for 2015-16, is a big fan of poetry recitation — learning the words of a poem so intimately that they are like an old friend we can turn to when we need them.

“I love the idea of putting (poetry) into people’s memory bank so they have access to it themselves,” said Blaeser, who admits to going into her own mental “poetry zone” when she has to sit down in the dentist’s chair.

“As a young child, we learned to recite poetry in school,” she said. “In my family, poetry was a big thing. I grew up in the middle of nowhere, and stories and poems and the whole oral tradition was really important.

“My father could recite poetry at the drop of a hat,” she said. “We would have long car rides and recite these long narrative poems. It was part of our entertainment.”

Blaeser spent her early years living on the remote White Earth Reservation in northwestern Minnesota with her mother and grandparents, of Anishinaabe ancestry, and her German-American father.

“I grew up like most people’s grandparents did. My grandpa had horses, we had no running water, we had a wood stove, that sort of thing,” she said. Later her family moved and she attended school in a town of 1,313.

Today, Blaeser is a professor of English at UW-Milwaukee, where she teaches creative writing, Native American literature and American nature writing. Her work is widely anthologized and has been translated into multiple languages.

She has published three poetry collections.

“She’s a great poet. Her body of work is significant regionally, nationally and internationally,” said William Stobb, chairman of the Wisconsin Poet Laureate Commission, which selected Blaeser to be the state’s premier ambassador for poetry for the next two years.

“She’s an amazing artist whose work deserves an honor on this scale,” Stobb said. “But she’s also a really magnetic personality. She connects really well with people. She has great energy in talking about poetry and the power of the imagination, and connecting to the world through poetry and the arts.

“And that’s a big part of this job. Being poet laureate, you’re out there trying to build a community of creative artists in the state, and nourish that energy across the state,” he said. “I think we all thought she would do just a great job of that.”

As poet laureate, Blaeser will get an annual stipend of $2,000 and must attend at least eight statewide literary events each year. The poet laureate position, created by Gov. Tommy Thompson in 2000, was eliminated by Gov. Scott Walker but revived in 2011 when the Wisconsin Academy of Sciences, Arts & Letters took over the program’s stewardship.

Blaeser lives on six and-a-half rural acres with her husband and two teenagers midway between Burlington and Lake Geneva. The family spends a lot of time in the Boundary Waters wilderness and at Horicon Marsh.

A family canoeing trip to Horicon Marsh led to Blaeser’s photo of a blue heron in flight, one of her “Picto-Poems” where she pairs her poetry with nature and wildlife photography.

Many of her poems also feature water imagery — as both a natural resource and a sacred element.

During her term as poet laureate she hopes to compile an anthology of poems by contemporary Wisconsin writers. The last such volume was published in 1969, she said.

She also wants to launch a monthly radio segment and podcast featuring an interview with a Wisconsin poet.

“There is an amazing wealth of poets in the state of Wisconsin — really talented, of all different sorts,” she said.

“I think it would be really fun for people to have an opportunity to hear these different voices. My idea is also to let them talk about poetry in unexpected ways. So I might ask them questions that not everybody would ask a poet.”

Having poets read their work at the Horicon Marsh Bird Festival. Reciting poetry at Wisconsin baseball games. (“There are a lot of baseball poems,” she said.)

“Poems can heighten our awareness of the everyday, provide solace when we’re in sorrow, entertain us because they play with language. They can help us remember the past. But they can also work for change,” she said.

“Part of my aesthetic is that I think of poetry as having two aspects: It’s beautiful as literature, but it does something in the world,” she said, “the idea that poetry serves a purpose in our lives.”

bend and pound the rice,

huffs of spirit wind lift and carry the chaff

by pounds, seasons, or generations

Adorable penguins go on a walk around Cincinnati Zoo

Adorable penguins go on a walk around Cincinnati Zoo

Kimberly Blaeser, Wisconsin poet laureate for 2015-16, creates “Picto-Poems” like this one that combine her wildlife photography with words from one of her poems.