Schools fear dropouts will surge as result of pandemic; parents rush to get shots for kids

From Shakespeare to Stoppard, APT tells two stories in the same world
0 comments
Share this
1 of 2 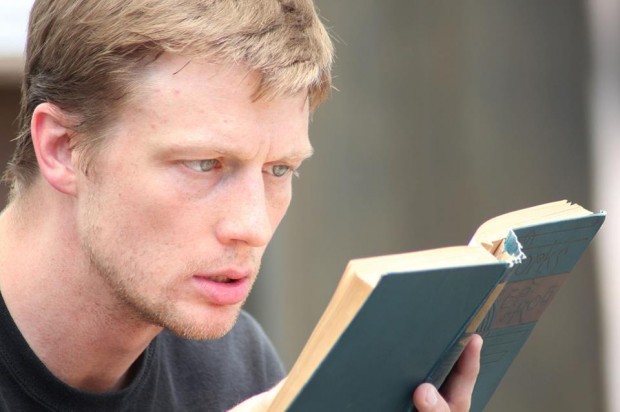 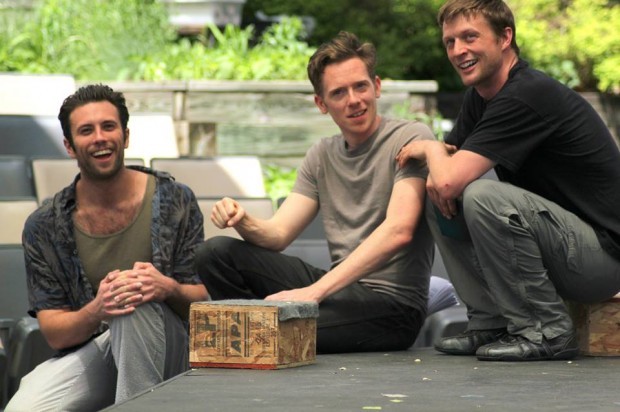 Something is rotten in Denmark, but Rosencrantz and Guildenstern have no idea what it is.

They're also very funny, which must be one reason why, in 1966, British playwright Tom Stoppard gave them their own play.

This summer, American Players Theatre will first present "Hamlet" in its "up the hill" amphitheater in Spring Green, opening in previews on June 21.

Later, set in the same world with the same cast, APT presents "Rosencrantz and Guildenstern are Dead," Stoppard's witty tragicomedy. "Rosencrantz" opens in previews on Aug. 2, while "Hamlet" is still running.

On a few days, audiences will be able to see one play in the afternoon and the other in the evening. (More commonly, they're scheduled on consecutive days.)

Brenda DeVita, associate artistic director at APT who is slated to take over for David Frank at the end of 2014, said the company has the unique ability to present such plays back-to-back because of its repertory style. (Five plays are scheduled to run up the hill in the 1100-seat amphitheater through early fall, along with three plays in the 200-seat indoor Touchstone Theatre.)

"There are challenges with a repertory situation," DeVita said. But in the case of these two plays, "the opportunity it affords ... is having a captive audience that is concentrating and thinking and experiencing something, and then showing them a different side of what they think they already know."

When DeVita brought forward the idea of doing both "Hamlet" and "Rosencrantz" in the same season, she said Frank thought it was passé — "they did that, they put them together in the '60s," he told her, though allowed that it was a good idea.

"None of us saw that," she said. "They did it because it was a bright idea. ... It's an extraordinarily fun and rare opportunity for an audience."

Though not as fanciful as "A Midsummer Night's Dream" or as devilish as "Richard III," "Hamlet" is a frequent choice for the Spring Green company.

APT has produced "Hamlet" four times previously, in 1986, 1987, 1994 with Lee Ernst in the title role and 2003 with Jim DeVita. It joins "Two Gentlemen of Verona," opening officially on Saturday, June 15, as the Shakespeare offerings for the year.

The current production is directed by John Langs ("In Acting Shakespeare," "All's Well That Ends Well"). Chicago actor Matt Schwader, who played Prince Hal in "Henry IV" and "Henry V" (2008-'09), takes on one of Shakespeare's most challenging characters.

"('Hamlet') is a family drama," Schwader said. "I think anybody of any generation can relate to wanting to live up to the expectations of your parents and fearing you're not capable of doing so."

Schwader, who enters his seventh non-consecutive season with APT, said that those who think Hamlet is paralyzed by indecision misunderstand the play.

The play's events are set in motion when, in an early scene, the prince's murdered father appears as a ghost and demands, "If thou didst ever thy dear father love/ revenge his foul and most unnatural murder."

"I don't think anybody that is not a murderer is going to leap into doing such a thing," Schwader said. "He decides to pretend to be crazy, to throw people off his trail. He decides to put on a play to try and find out the truth. And then he has to decide to kill.

In "Hamlet," Rosencrantz, played by APT newcomer Ryan Imhoff, and Guildenstern, played by Steve Haggard, have very minor roles. They're tangential to the action, but they do lend credence to Hamlet's increasing paranoia.

"They come to visit, and he quickly finds out that they are not acting as friends but spies for the king and queen. That's heartbreaking," Schwader said. "I think he goes a little crazy. Who can you trust? Nobody is being themselves.

"... these guys were friends at one time. There's much more of a personal cost, mental and emotional, to find out your buddies are spying on you, and not being straight with you, even when you ask them to, face to face."

'Two guys who like to drink beer and talk about philosophy'

Between "Hamlet" and "Rosencrantz," the world stays the same, but the characters do change, mainly because the focus has shifted. The actors compared the two plays to several people watching a car crash and everyone having a different version of events.

"You know they're going to die if you've seen 'Hamlet,' or if you read the title of the play," said Haggard, now in his fifth season at APT. "But you really are rooting for these guys to figure out what they're doing and how they can get the hell out of there."

Rosencrantz and Guildenstern meet their end in "Hamlet" through no real fault of their own. Hamlet's uncle, the king who murdered Hamlet's father, sends the duo to England with the prince. The pair is carrying a note meant for the English king. Hamlet intercepts it, and learns of plans for his own death ("my head should be struck off," Hamlet reads).

Hamlet swaps the king's note for one of his own, and his friends travel on to England carrying a message that says to put the messengers "to sudden death."

"You get to see them as real people," said Haggard. "It's just these two regular guys who like to drink beer and talk about philosophy, and they find themselves in this political family drama they have no idea how to get out of.

"All they have is themselves and each other."

Hamlet himself is a minor character in "Rosencrantz," while the theater group the prince hires to "catch the conscience of the king," have much larger roles. In Stoppard's play, the characters are Elizabethan but their words are modern.

"I love the fact that (in 'Rosencrantz') there'll be a scene from the play 'Hamlet,' and they'll be speaking verse," Haggard said, "and then all of a sudden they'll switch into (contemporary English), 'What the hell is he talking about? I don't know.'"

"Rosencrantz and Guildenstern" is not the first time Ryan Imhoff, who plays Rosencrantz, has done a riff on "Hamlet." While working as an actor in Los Angeles, Imhoff created "The Hamlet Project," described as "an 80 minute cut-down version of 'Hamlet' we would perform in a bar."

"It was kind of a drinking game, like every time the word 'king' came up a bell would go off and people would drink," Imhoff said. (Don't try this with the real version; the word comes up seven times in the first scene alone.)

Though the context and certainly the story in "Rosencrantz and Guildenstern" are different than in "Hamlet," Imhoff thinks the two can help illuminate one another. Still, both Haggard and Imhoff insist that each play will be understandable (and enjoyable) on its own.

"The idea of Rosencrantz being maybe one step behind Guildenstern, looking to him for help, we see that in 'Hamlet' as well," Imhoff said. "I think you can see one by itself and have a great time, but ideally seeing both would be terrific."

"The Two Gentlemen of Verona" by William Shakespeare

"Too Many Husbands" (or "Home and Beauty") by W. Somerset Maugham

"Rosencrantz and Guildenstern are Dead" by Tom Stoppard

"All My Sons" by Arthur Miller

"Dickens in America" by James DeVita

"Antony and Cleopatra" by William Shakespeare, adapted by James DeVita

Shoulder season (in the Touchstone):

Few true gentlemen to be found in APT's 'Two Gents'

In Tim Ocel's intelligent staging at APT, Shakespeare's "The Two Gentlemen of Verona" feels more like a romantic drama than a comedy.

The final two plays in American Players Theatre's season, "All My Sons" and a shortened version of "Antony and Cleopatra," open on Aug. 17.